Temtem is an early access game in which you trap and tame small creatures in magical cards, battle them against other tamers, and try to tame every variety of Temtem on the strange archipelago where you live. If this sounds like it’s all a synonym for Pokémon that’s because it is: Temtem is Pokémon on PC. Except, well, there are loads of Autochess games and Battle Royale games, so fantasy dogfights can be a larger genre than one series, right?

Although, that being said, Temtem does hit an awful lot of familiar beats, especially at the start. You wake up – today is a special day! Today you get to become a Temtem tamer! You run down the stairs, excited to finally leave home. You run into your “friend” Max, who is already committing to their role as your rival by being a hateful tool. And… who’s that? Who else is here on your special day?

I have been enjoying Temtem, but there are a lot of things in it that distract me slightly. There is the way that every signpost looks a bit like it says GRINDR at first glance. The way that all Temtem have a fixed, glassy smile during battles. The fact that one of the Temtem you can catch early on looks like the result of a terrible, illegal experiment to crossbreed rabbits with turnips, and it turns out to be human sized. And then, of course, there is the fact that Professor Konstantinos is unexpectedly hot. 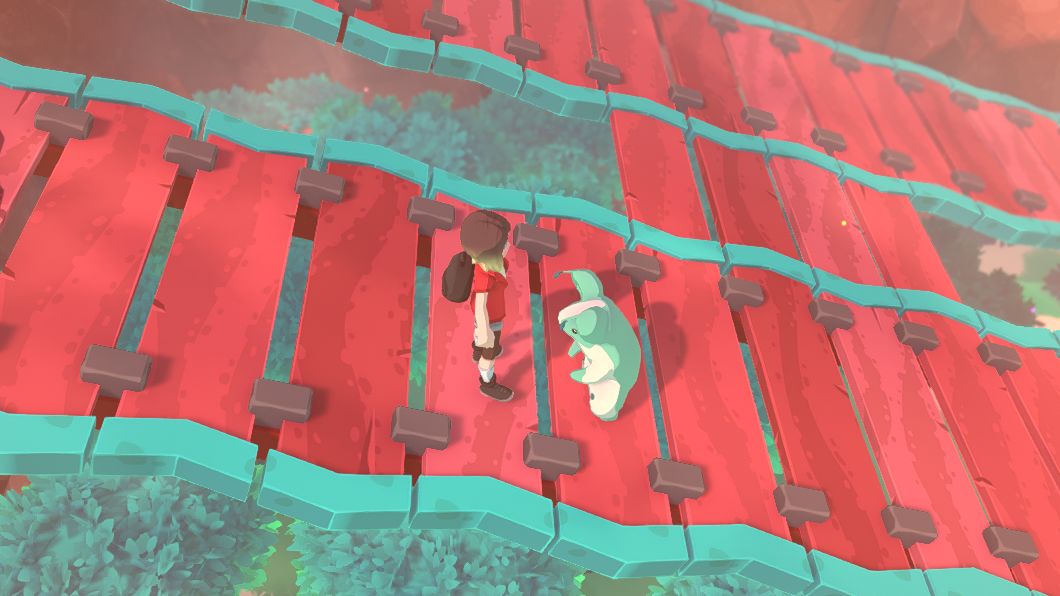 Konstantinos is a local Professor who guides you a bit, and gives you your first Temtem. I picked Crystle, a kind of lizard, because it did a little dance when I went up to the enclosure. The other two Temtem looked very smug. 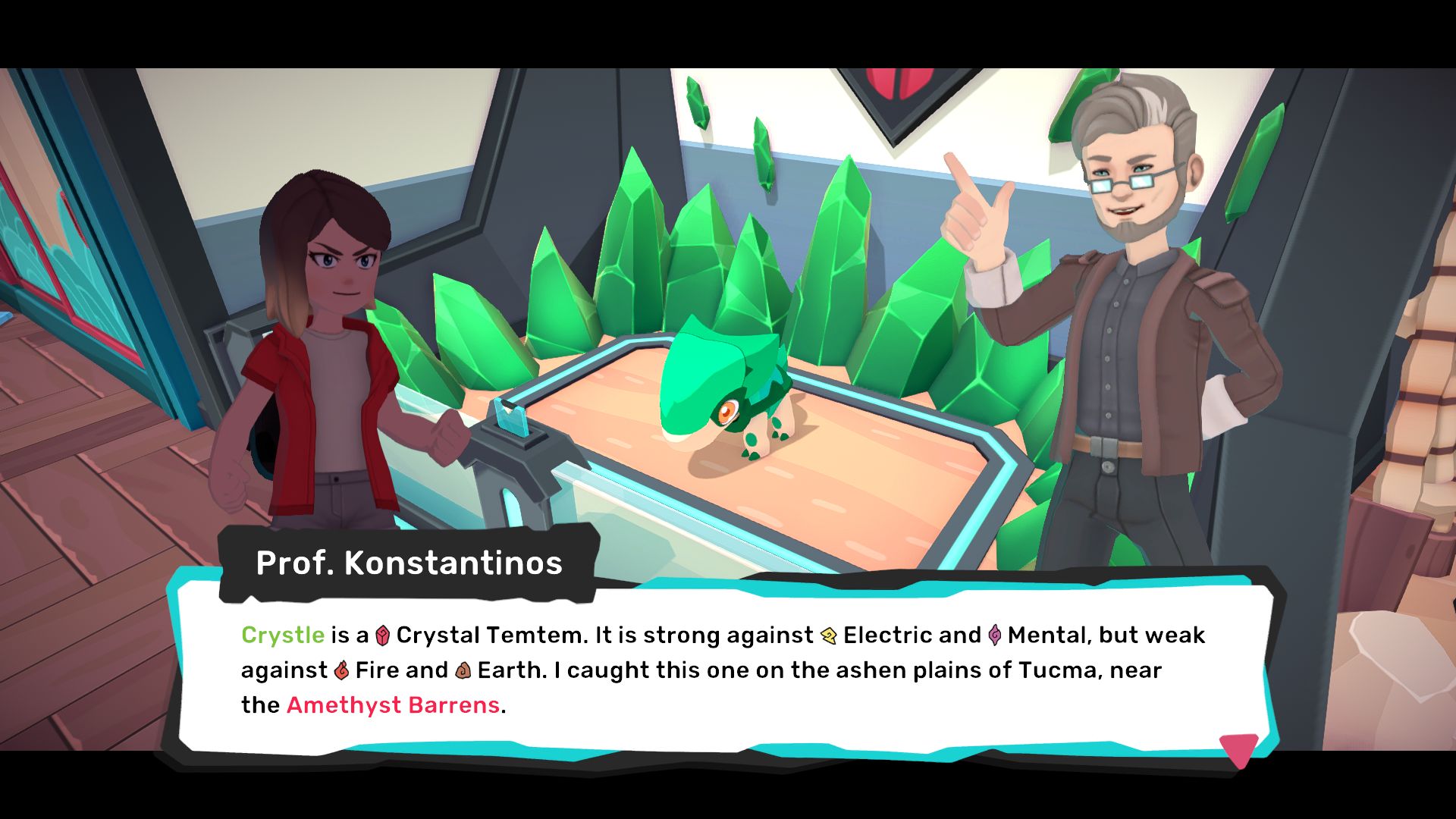 Incidentally, when I went outside and ran into other players (because Temtem is an MMO), I was literally the only one in the group of new starters who had picked Crystle. What is wrong with our nice green rock boy? Shame on you all. 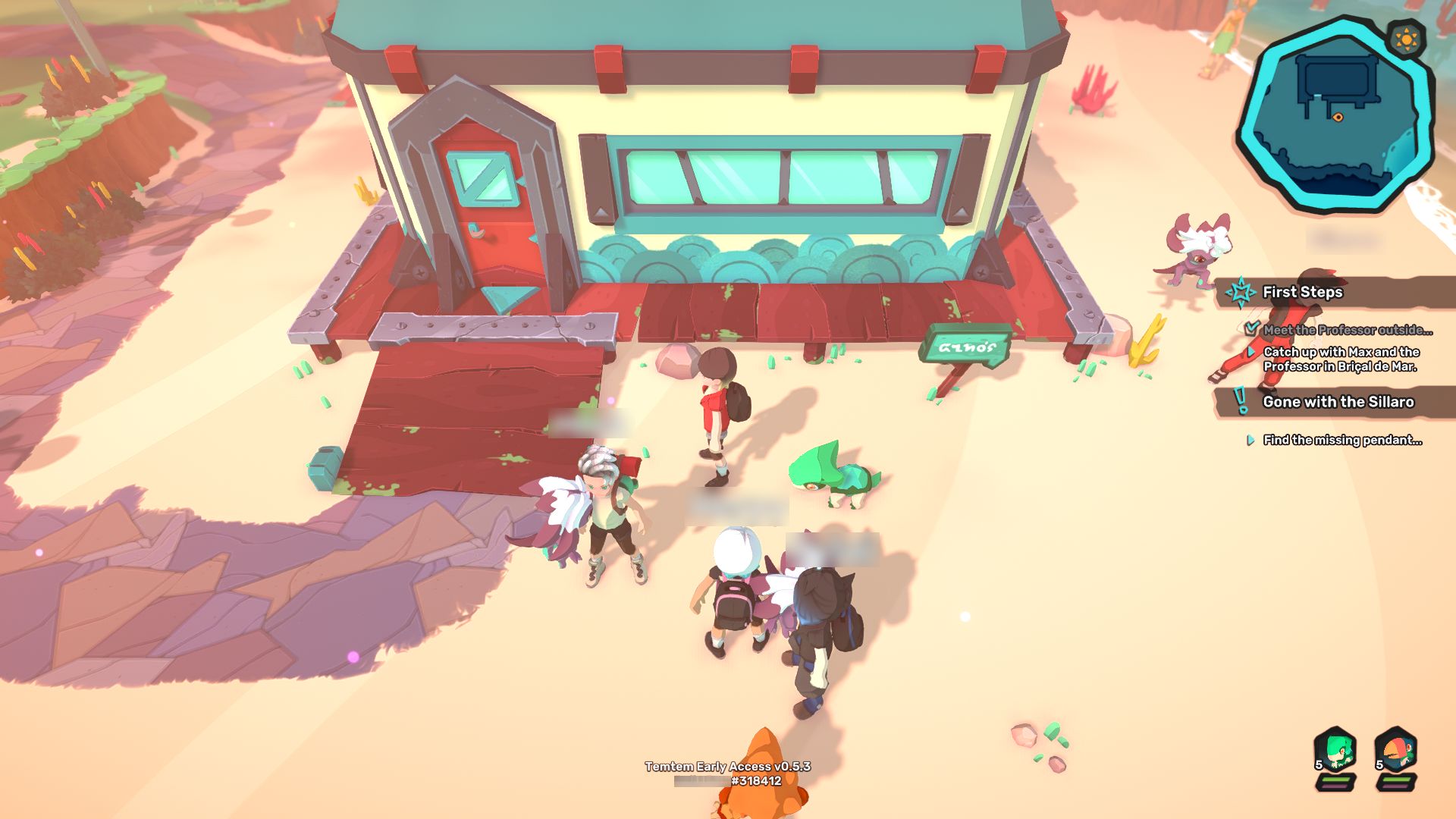 I should not have been surprised by Konstantinos, though, because in recent years the hot professor has itself become a tradition for Pokémon games. Why not recreate it in Temtem too? The original Prof. Oak didn’t exactly ooze charisma, but since then then the professorial lineup has expanded until, like the contestants on Love Island, everyone will be able find one who is their type on paper. Professor Willow, the lad who serves as the exposition delivery system for Pokémon Go, took the internet by storm.

Konstantinos is starting Temtem strong (assuming other professors will be introduced at some point). Those striking eyes, the flash of grey in his hair that he clearly put there himself, the professor-wear that says ‘I’m practical – but fashionable and age appropriate’. He has a chinstrap beard, but somehow it works?? In an ITV murder mystery, Konstantinos would be the professor suspected of having an affair with one of his students but it turns out he was just offering emotional support while she goes through a tough time (not the other kind of professor, who actually is having a seedy affair and is probably the murderer).

The kids who were eight years old when Pokémon Yellow came out have now grown up and graduated to making jokes about how Professor Oak was just trying to get Ash out of the house so he could fuck Ash’s mum. Given this, Konstantinos’s very presence in Temtem feels like a power play – a throw down out of the gate – because he is canonically one step ahead of you on your tamer journey for his work and research commitments, so he’s better looking than Oak, but is also a professional. This is especially poignant because your mum in Temtem clearly actually is in love with him. 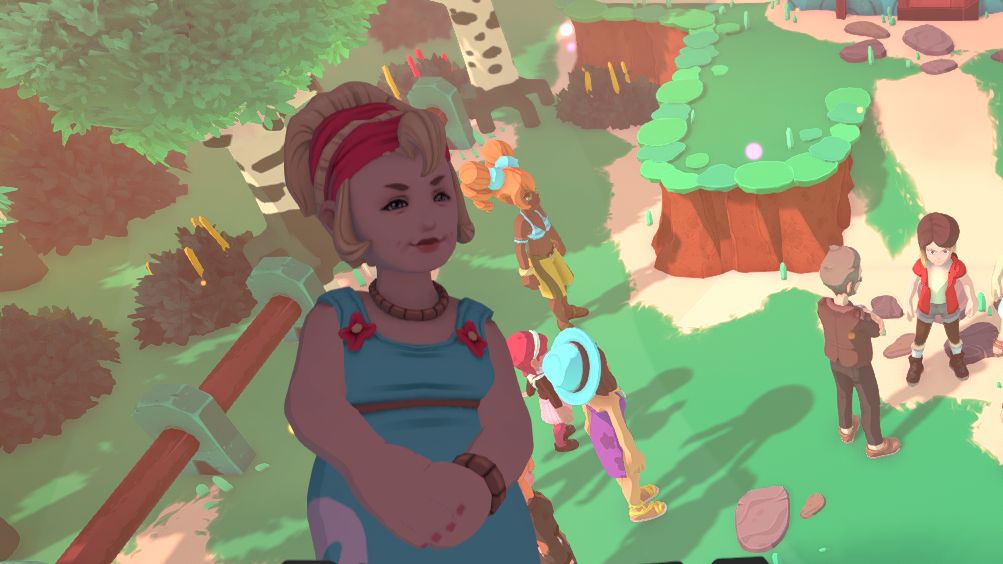 The poor, unrequited woman. Rattling around an empty house. Too bad, I have rabbit turnips to smash together.