What is it? GeForce Now is Nvidia’s take on the whole cloud gaming malarkey. Originally, the service was only available if you owned an Nvidia Shield device, but now you can use the GeForce Now app to stream games to any laptop, desktop or Mac, as well as Android mobile devices and Shield-enabled TVs over Wi-Fi.

How much does it cost? Nothing, if you don’t mind being limited to playing for just an hour at a time. Otherwise, it’s £4.99 / month for your first 12 months at time of writing, which gets you priority access to Nvidia’s servers, extended play sessions up to six hours in length (although you can instantly reconnect for another 6-hour gaming session as soon as that one expires), as well as ray tracing support in compatible games. You also get a free 90-day introductory period if you sign up right now as part of its limited-time Founders deal.

Do I have to buy my own games? Yes and no. Unlike Stadia, GeForce Now taps into your existing Steam, Uplay and Epic Games Store libraries, allowing you to carry on playing games you already own (and pick up where you left off if the game supports cloud saves). The catch is that said games must be supported by GeForce Now, which means there may be whole swathes of your current game library that you aren’t able to play, as well as dozens of games plastered all over the GeForce Now app you won’t have access to.

Helpfully, Nvidia haven’t published a complete list of what games are actually supported on GeForce Now, and instead makes you search for them all manually. 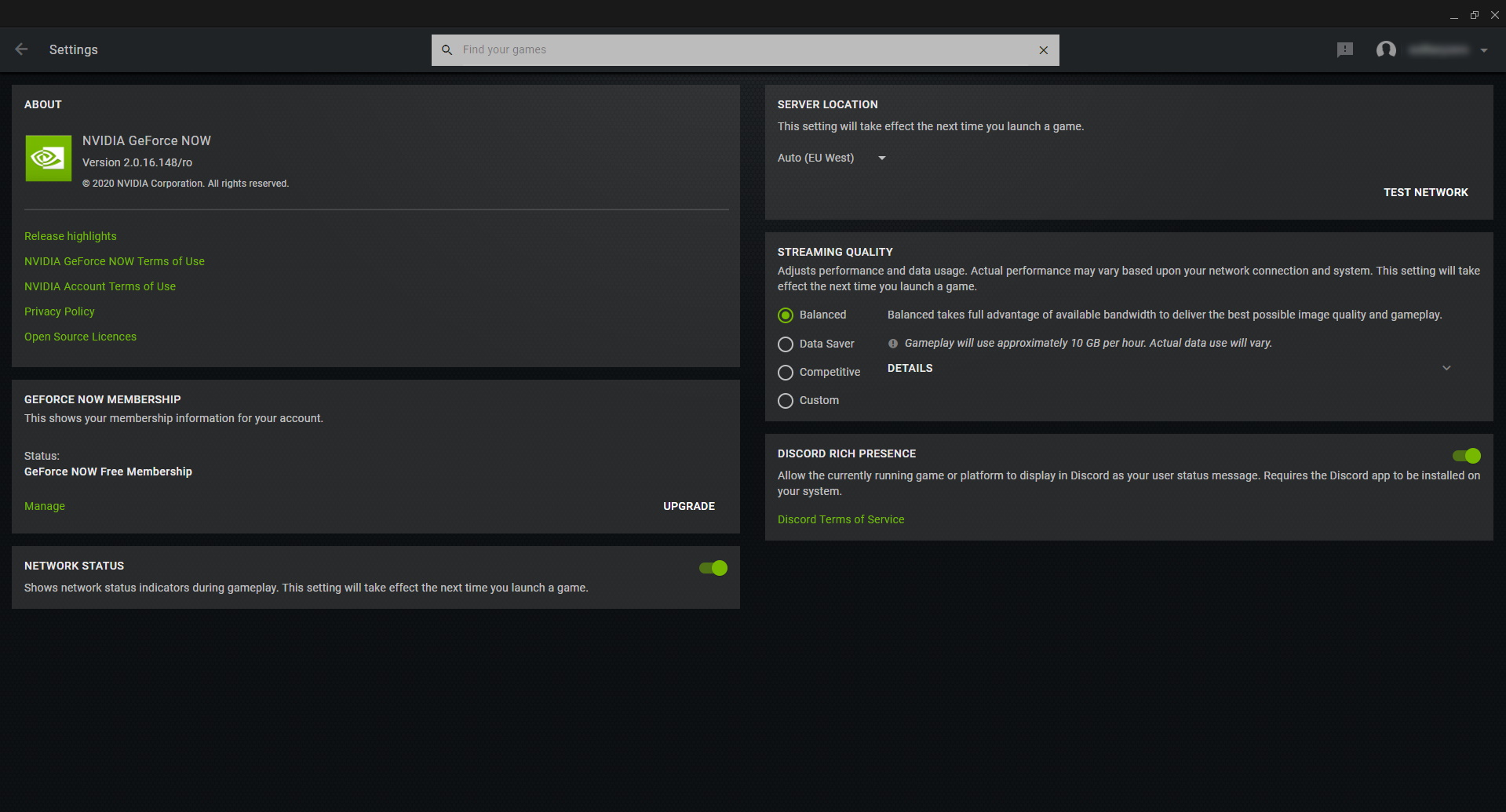 What is it like? A lot fussier than it needs to be. Before we even get to what it’s like playing games on GeForce Now, its app is by far the worst one of the lot. Making you search for games individually is a terrible introduction to the service, as it simply isn’t clear what you can and can’t play. You can at least ‘add’ supported games to the app’s quick launcher bar to save you from searching for them again the next time you want to play them, but it’s a still a royal pain in the behind – especially when Nvidia’s various adverts take up so much of the initial home screen, shoving everything down to the very bottom of the app so you always have to scroll down.

GeForce Now also thought I owned a lot of games on Steam that I actually own on other services. In the My Library bar, for instance, it merrily suggests I can play The Witcher III when I actually can’t, the former being tied to my GOG account rather than Steam. If I try hitting the Play button, it simply takes me to the Steam store page – handy if you want to immediately buy the game in question, but also incredibly deflating at the same time.

Another confusing thing about GeForce Now is that you can also just use it to launch Steam itself. This blurs the line between what you can and can’t play even further, as it gives the impression you can install any game you like and start playing it immediately. Alas, when I tried installing Little Nightmares, which isn’t supported by the service, I got an error message (see below). It wouldn’t be so bad if it highlighted the games I could play, but it doesn’t even do that. 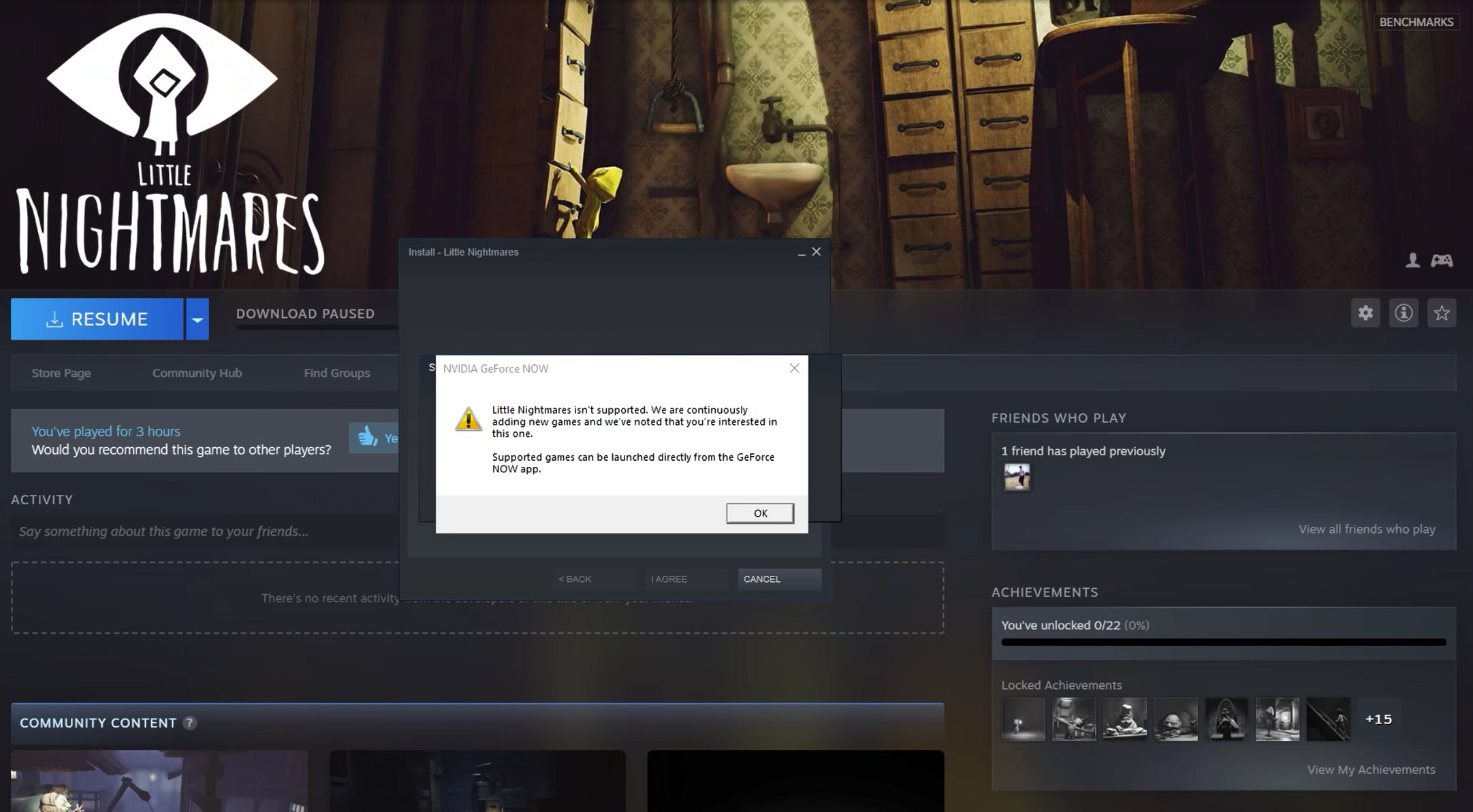 Confusingly, you can use GeForce Now to simply launch Steam, which gives the impression of being able to download and install any game in your library. If it’s not supported by GeForce Now, though, you’ll get this error message.

Still, at least there aren’t any pesky downloads to worry about. Instead, you can (more or less) jump straight in once the service has found you a cloud PC to play on. On the free version, this could sometimes take over a minute, but Nvidia promises you’ll get ‘instant’ access by upgrading to the paid version.

Once you’re in, though, the experience is pretty much identical to Stadia and Shadow. GeForce Now doesn’t have Final Fantasy XV, Red Dead Redemption 2 or Rise Of The Tomb Raider, for instance, so I settled for Skyrim, and Doom to test it out instead. Both looked sharp and crisp at 1080p, and for the most part it felt exactly like I was playing them locally.

However, I still experienced a few big stutters when I turned the camera occasionally, and Doom produced a very similar experience to playing Destiny 2 on Stadia. Instead of zipping round the surface of Mars like I’ve done so many times on my own PC, Doom felt noticeably more sluggish on GeForce Now – and that was despite Steam’s in-game frame rate counter insisting that I was getting a smooth 60fps at all times.

Luckily, increasing my mouse’s DPI or sensitivity settings rectified the problem pretty quickly, but this is still something I’ve never had to do when playing on my own PC. Normally, I can quite merrily load up Doom with the same DPI settings I use for my desktop. Here, I have to raise it higher to get the same kind of responsiveness. 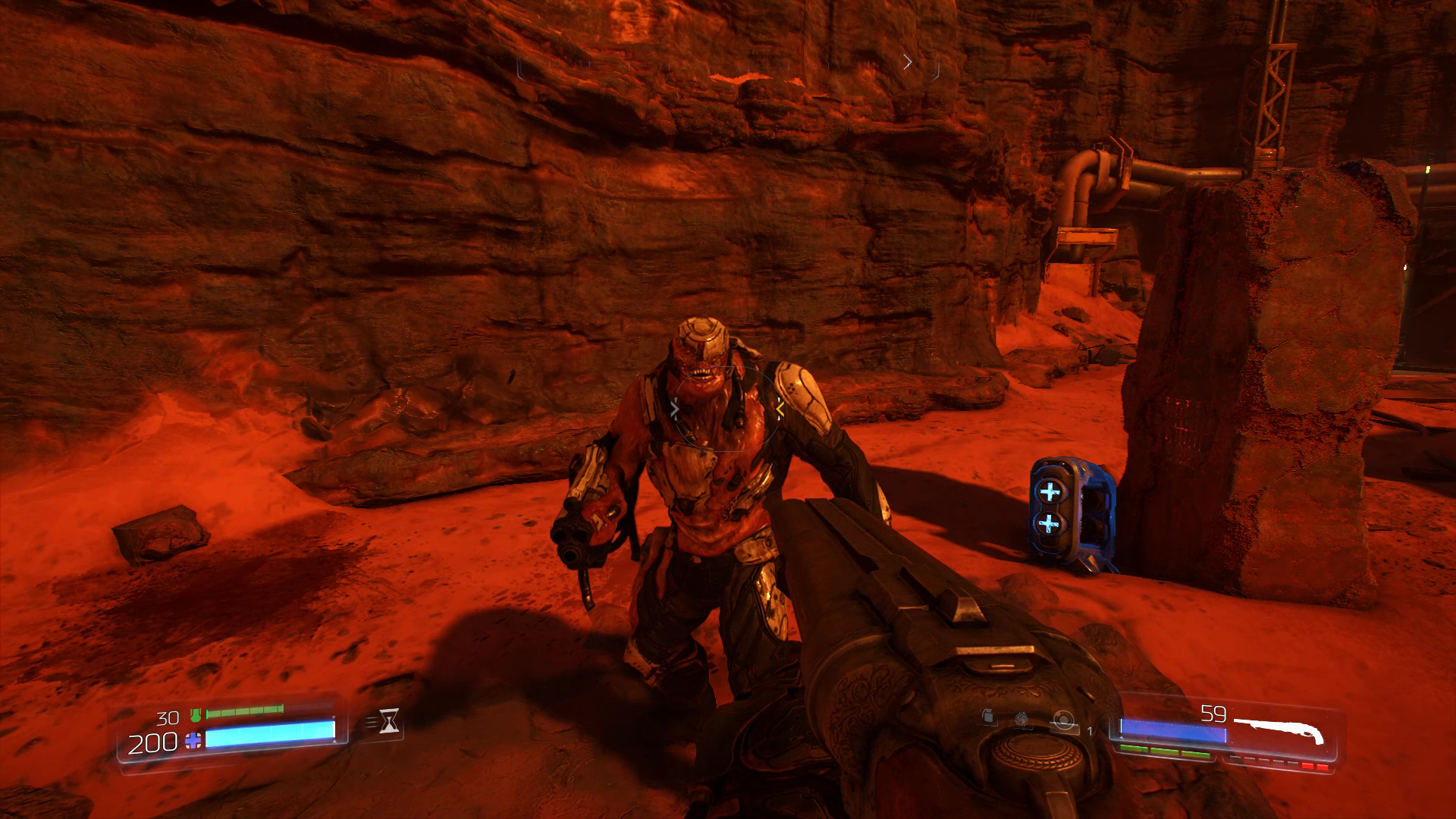 You may have to adjust your mouse’s sensitivity settings to get the same level of responsiveness as you would on a local PC.

I was surprised by that GeForce Now kept saying I had a ‘spotty connection’. Like Shadow, GeForce Now needs at least 15Mbps to work, which is a touch more than Stadia’s 10Mbps minimum, but according to its own network test, my connection exceeded its recommended 50Mbps. Still the stutters came, though, and while it didn’t have a particularly noticeable impact on any of my games, it definitely flagged up more connectivity issues than Stadia or Shadow.

For the most part, though, I didn’t really have too many problems with it. Plus, since GeForce Now is effectively running a cut-down version of your Steam library in the cloud, you also get the full suite of graphics options you’d normally expect to see on your own PC, namely different quality settings, resolutions and mouse and keyboard options, giving you more options to try and improve performance.

Is it right for me? Potentially, if the games you want to play are supported by the service, but the surrounding app experience is definitely the most off-putting and obtuse one of the lot. Searching to see if your game library might be supported is baffling design choice, especially when the GeForce Now PC beta app had lovely big colourful thumbnails that actually showed you what was available on the service, and there are still a lot of things about how the service works that just aren’t very clear. I had to root around in Nvidia’s FAQ page to find out exactly what an ‘extended session’ meant, for example, and the option to simply ‘launch Steam’ and view your entire library blurs the line even further between what you can and can’t play.

It does have the added benefit of being completely free, but the strict time limit of an hour seems pretty stingy. Fortunately, the paid version isn’t too expensive in the grand scheme of things, and is currently cheaper than both Stadia’s Pro subscription and Shadow’s entry-level ‘Boost’ subscription. However, a lot of its appeal will once again come down to whether the games you want to play are actually supported by the service. You can check beforehand by searching the GeForce Now database on Nvidia’s GeForce Now website or by downloading the app and signing up for a free account, but why there isn’t just a giant list to makes things nice and easy is utterly beyond me.

Verdict: It’s almost there, but until it lets you play all the games you currently own, there’s always going to be a massive cloud (sorry) hanging over it.