What is it? Shadow is the brainchild of French start-up company Blade and has been quietly going from strength to strength ever since it launched in 2015. It effectively lets you stream an entire Windows 10 PC to loads of different devices, including Windows, macOS and Linux desktops and laptops, Android and iOS phones and tablets, Apple TV boxes, and Android TV-powered televisions. The PC is individual to you, so you don’t have to share it with anyone, and you can download and install whatever you like on it, just like you would on a normal desktop.

However, Shadow’s currently in the middle of launching a new set of monthly subscription models right now, so if you try and sign up today, you won’t actually be able to start using the service until those new price plans come into effect. Thankfully, the first and cheapest one is due to arrive in April 2020. Called Boost, this will cost £12.99 / month on a 12-month contract (or £14.99 month-to-month), and has been designed for 1080p streaming. This model will get you an Nvidia GTX 1080-powered PC with a quad-core 3.4GHz processor, 12GB of RAM and 256GB of storage, but you’ll be able to upgrade your storage by paying a bit extra. 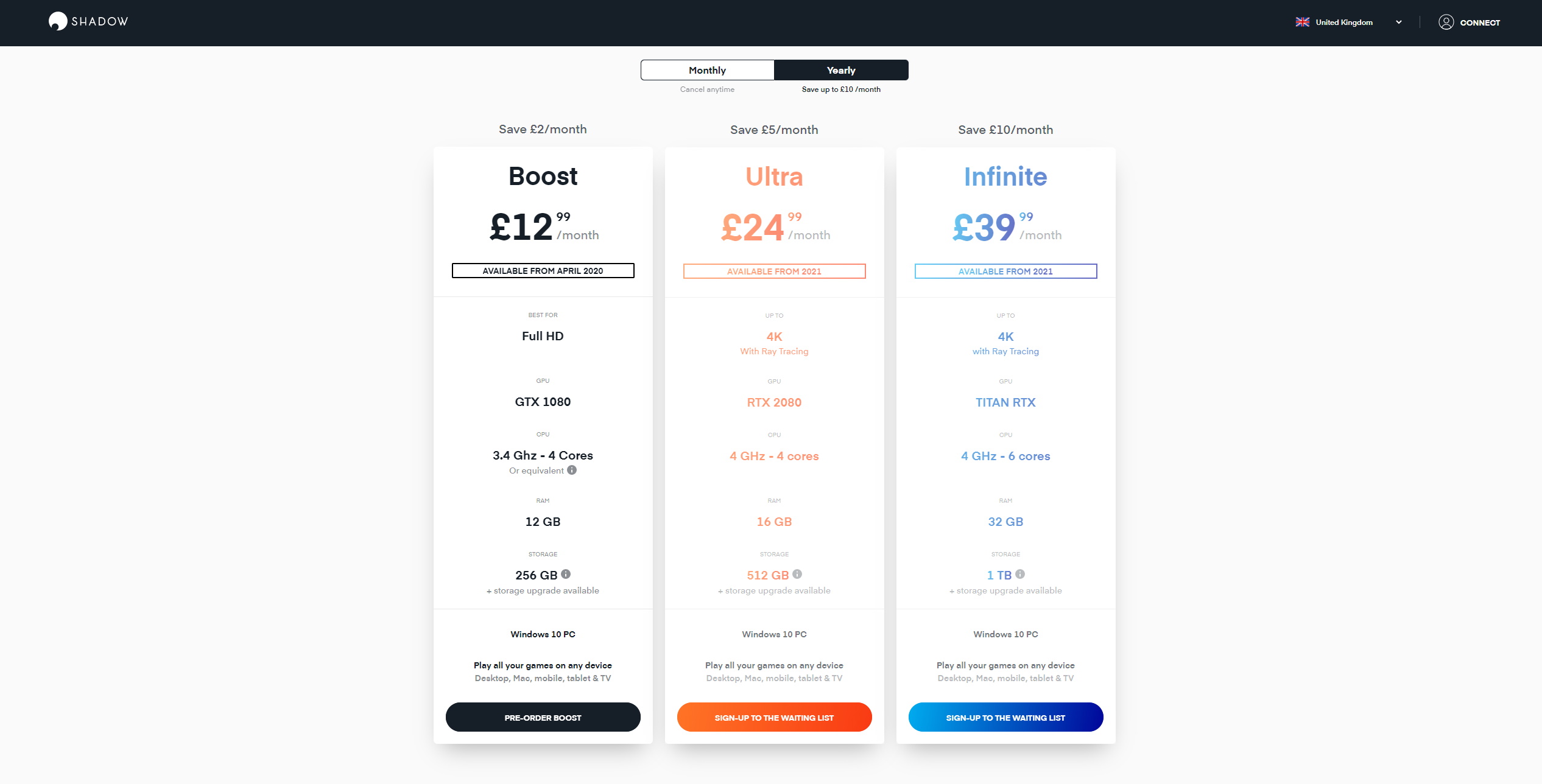 Do I have to buy my own games? No. That’s the beauty of Shadow. Since you’re streaming an entire PC, you’re free to install whatever you like on it, whether it’s Steam, GOG, Epic – you name it, and you can put it on Shadow. It’s just like having your own PC, but in the cloud. 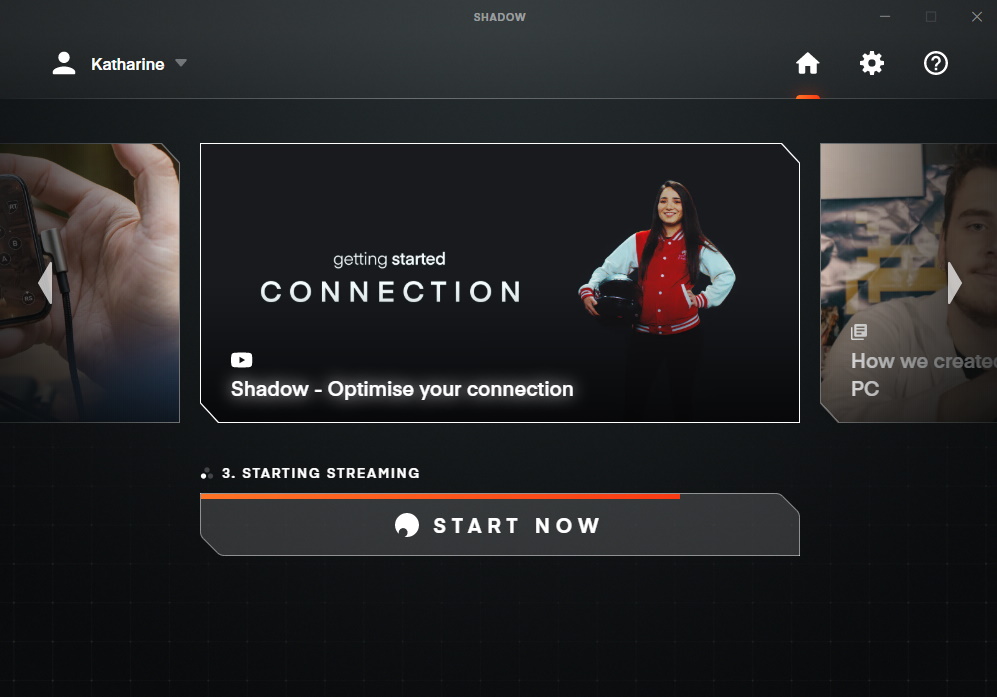 Before you launch Shadow, its app gives you plenty of information about how to optimise your connection and how its tech actually works.

What is it like? Pretty much exactly the same as playing games on your local PC – along with everything that entails. Yes, you can play all the games you already own and carry on using your own save files, but you’ve also got to wait for everything to update and download like normal. It’s still a heck of a lot quicker than my own internet connection, admittedly, but it does mean Shadow isn’t quite as instant or accessible as Stadia or GeForce Now. Still, at least you’re not limited in the types of games you can actually play on it.

Shadow also gives you a lot more tools to optimise your streaming experience as well. Open up Shadow’s Quick Menu feature, for instance, and you’ll see handy, real-time graphs showing your frame rate, bandwidth, latency and overall stability, as well as the option to adjust your allocated bandwidth or switch to a special low bandwidth mode. Shadow also tests your bandwidth each time you open up the app, and gives you tips on how to improve your connection, such as switching to a 5GHz network instead of a 2.4GHz one.

Like GeForce Now, Shadow recommends an internet connection of at least 15Mbps for 1080p streaming, which is a little bit higher than Stadia’s minimum requirements of 10Mbps. However, I’ve also seen this thing run pretty darn well on a shoddy public Wi-Fi network in a cafe, so you should be able to run Shadow at a decent quality level even if your internet is a bit slow.

That said, loading times continued to be a bit of an issue even on my 38Mbps home connection. Not only did it a while for my Shadow PC to become available after pressing the ‘Start Streaming’ button in its app, but in-game loading times were also noticeably longer than they are on my own PC. Not by a huge amount, but it still makes the service feel a bit creaky compared to its instantly accessible rivals. 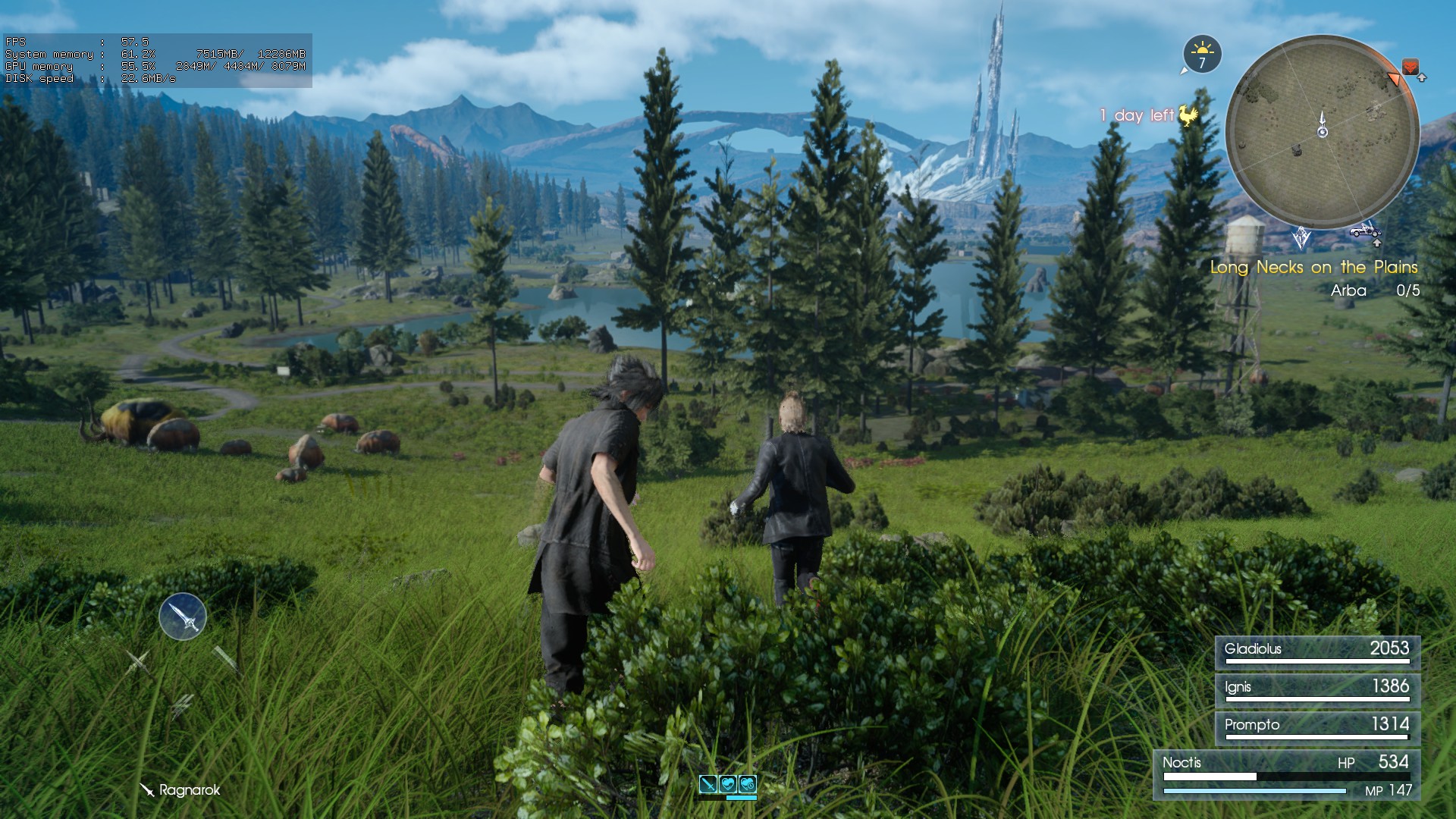 Still, while Shadow might take its sweet time getting there, the resulting experience is hard to fault. The GTX 1080 configuration I tested last year continues to offer a smooth, pretty much lag-free gaming experience even today, and everything from Shadow Of The Tomb Raider to Final Fantasy XV ran wonderfully at 1080p. However, I wouldn’t say the quality of the stream was radically different from what I experienced on Stadia and GeForce Now – everything still looked sharp and distinct, and I still experienced the odd bit of stuttering.

Doom also exhibited the same kind of sluggish symptoms as it did on GeForce Now, but thanks to the full suite of PC options available, I was quickly able to make it feel a bit faster by increasing the game’s mouse look speed, as increasing the DPI settings on my own mouse wasn’t having the desired effect.

Is it right for me? If you want the freedom to be able to play what you want, when you want, on any device you want, then Shadow is probably the most attractive cloud gaming service for existing PC gamers right now. It’s expensive, yes, but think of it this way: £12.99 per month is £156 a year. Multiply that by five – the average length of time you probably go between PC upgrades – and that’s £780, which is roughly what you’d spend on a brand-new 1080p gaming PC if you bought one today.

Verdict: Again, if you’ve already got an up to date PC, then Shadow probably won’t hold much attraction for you. It might, say, if you travel a lot to locations with stable Wi-Fi connections and fancy the idea of playing big blockbuster games on a thin and light laptop, but ultimately Shadow’s gunning for the same type of person as Stadia and GeForce Now – a person who wants to play the latest games at the best possible settings, but either doesn’t have the budget to pay for an expensive PC upfront, or want all the faff that comes with owning or maintaining it. 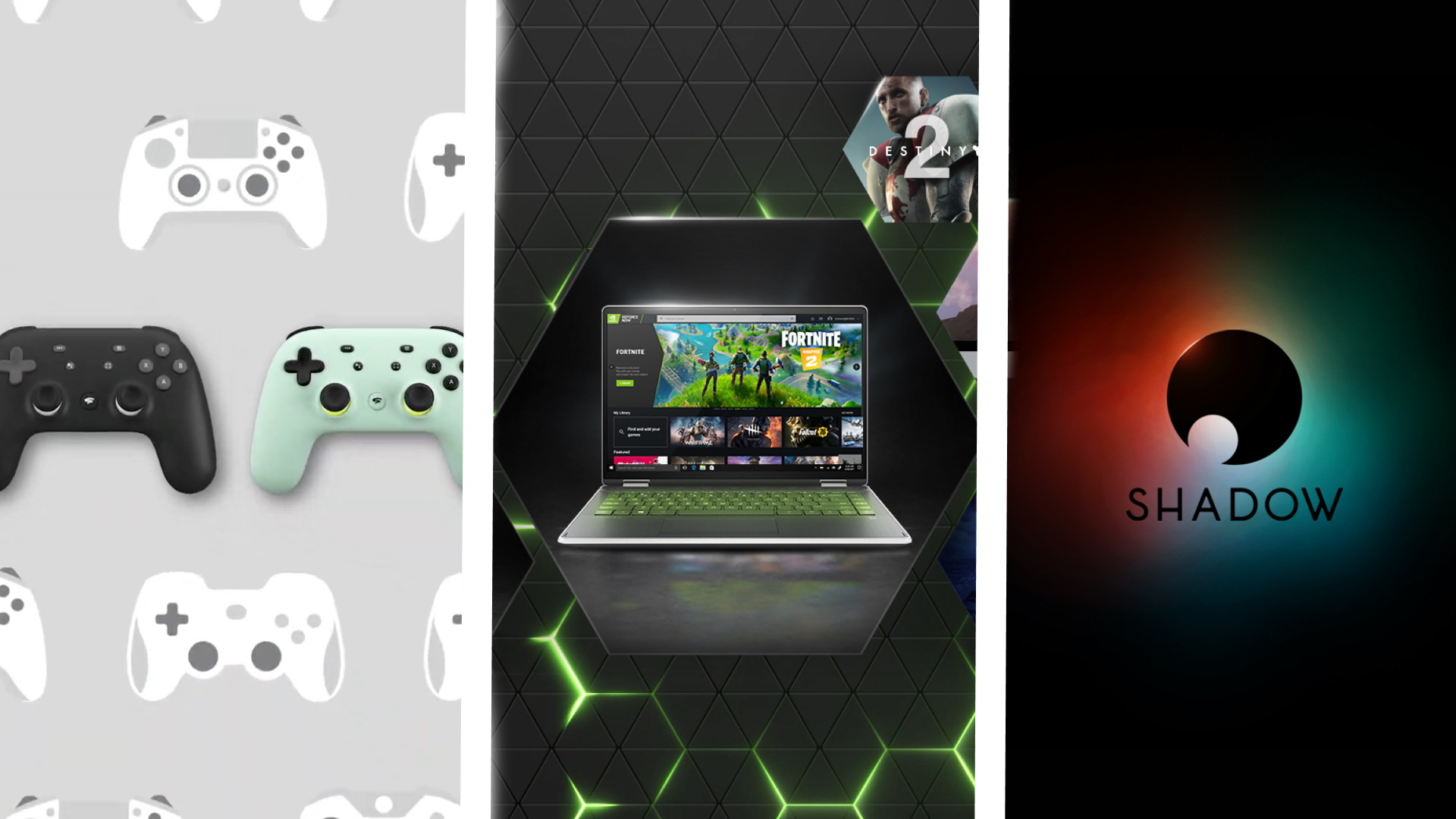 Overall, then, cloud gaming has indeed arrived – at least for streaming at 1080p. Sure, there might have been a few stutters here and there in my testing, but nothing was too devastating and certainly not enough to put me off using a service altogether. Indeed, all three offered pretty much identical streaming experiences in my view, and I’d be hard-pushed to say if one had a better quality stream than its rivals.

Instead, what really separates one streaming service from another is its surrounding ecosystem, from the app to their respective game libraries and the things you can do with it. And it’s here where each one begins to reveal their underlying weaknesses. Stadia is easy and instant, but its game library is pretty poor right now, the games themselves are expensive and it’s also lacking in features. GeForce Now lets you play games you already own, but only if they’re supported by the service. Shadow, on the other hand, lets you play all the games you own, but it’s a lot more expensive.

As such, there’s currently no cloud gaming service that really does what we all want it to do, and that’s let us play all the games we want / own for a low monthly price. Shadow probably comes the closest, but I reckon there are plenty of us who don’t really need the ‘rent an entire Windows 10 PC’ part of what they’re offering. Instead, what we probably want (if we want anything at all) is a GeForce Now-like service with Shadow’s freedom and flexibility, and until that happens, there’s always going to be a big old “but” sitting up there like a lingering storm cloud. One day, someone will create a silver lining to all of this – maybe it will be Stadia, maybe it will be something else entirely that we don’t even know about yet – but today is not that day. Instead, it’s just one big game of compromises. So breathe easy, cloud gaming sceptics. Your beloved PC still has plenty of life left in it yet.