It’s been a long time coming, but 2020 could be the year that cloud gaming throws off the shackles of its muddied past and finally lives up to its promise of delivering lag-free, blockbuster gaming without the need for bulky, expensive hardware. There are still plenty of kinks that need ironing out, but with the launch of Google Stadia, GeForce Now and the stream-an-entire-PC outfit Shadow, cloud gaming has never looked healthier or had more support from the industry’s big players. Sure, there’s still a faint whiff of OnLive and Gaikai’s rotting corpses lingering in the air, but for the most part it’s all pretty convincing.

The only big question remaining, then, is which of the big three is actually worth using? Is there such a thing as ‘the best cloud gaming service’? Or do all of them have too many flaws to make them worth bothering with right now? Let’s find out below, as I put Stadia, GeForce Now and Shadow head to head in the ultimate cloud gaming showdown. 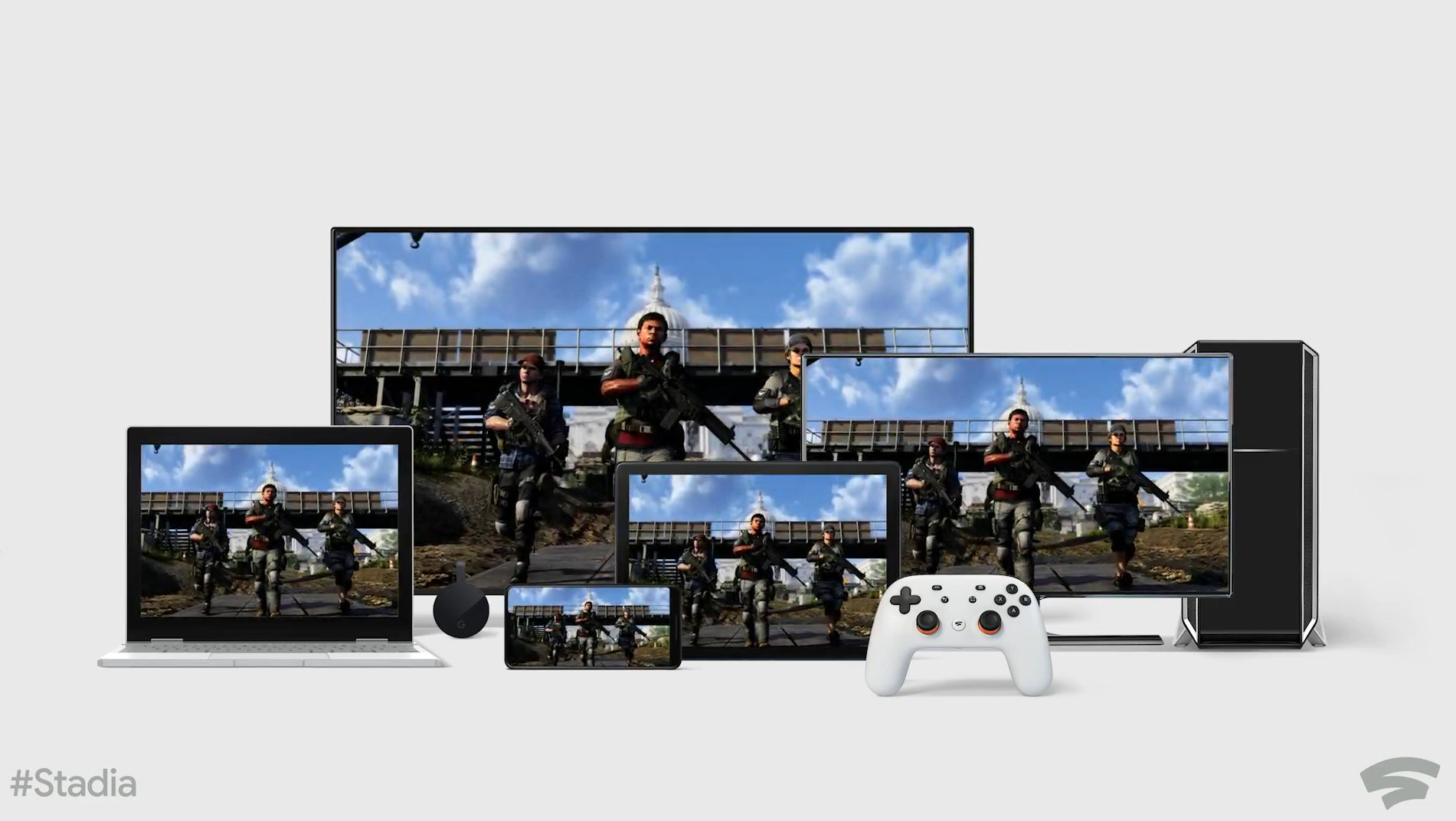 What is it? Stadia is Google’s cloud gaming service. It promises low latency gaming across all sorts of different devices, including your TV, PC, laptop, tablet and phone – effectively, any device that can run Chrome, or works with Google’s Chromecast streaming device. There aren’t any downloads or updates to worry about, either. One click and you’re in the game.

How much does it cost? Right now, Stadia has an upfront cost of £119, which gets you the Stadia controller, a Chromecast Ultra for using Stadia on your TV, and three months of Stadia Pro, which lets you stream in 4K, HDR and 5.1 surround sound. After those three months are up, Stadia Pro will cost £8.99 / month.

You don’t technically need all that if you’re just looking to stream games to your PC or laptop. Stadia works with existing controllers and mouse and keyboard, but at the moment there’s no way to buy in to Stadia without that initial upfront cost.

There will be a free version of Stadia called Stadia Base available later in the year, which lets you stream at 1080p in stereo sound, but Google haven’t said when this will be available yet.

Do I have to buy my own games? Yes. Each game on Stadia must be bought individually, regardless of whether you have a Stadia Pro subscription or not. Stadia Pro subscribers will get some free games each month in a similar way to Sony’s current PlayStation Plus subscription, but games not included as part of Pro will still need to be bought separately.

Stadia Pro subscribers do get some quite hefty discounts when buying select games from the Stadia store – up to 40% in some cases – but the majority of games are still full-price.

Stadia is not compatible with your current game libraries such as Steam, GOG or Epic, either, so you’ll have to buy games a second time if you want to play a game you already own elsewhere. 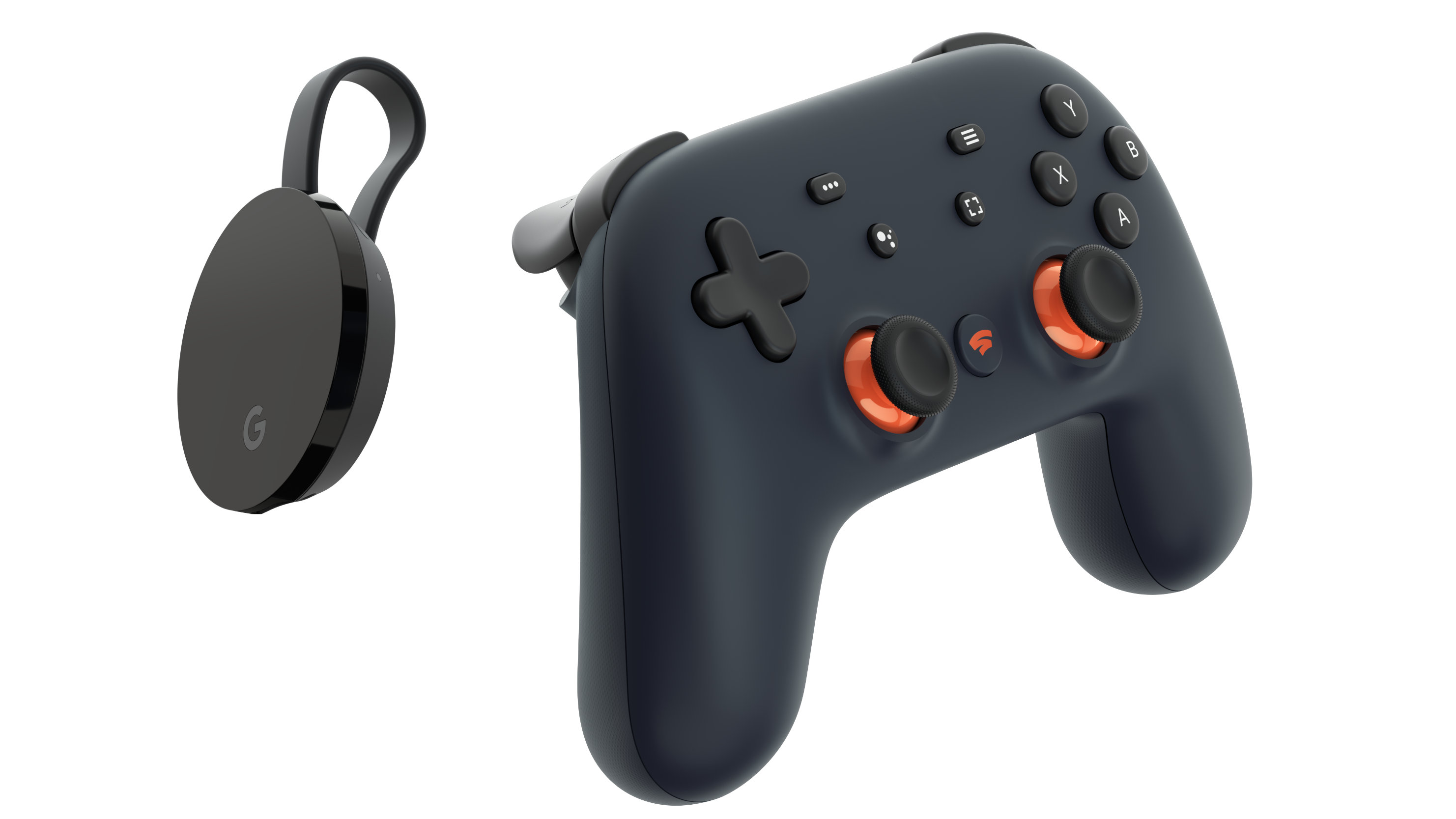 What is it like? It’s got potential, but right now it’s a bit half-baked – at least for those looking to stream games to their PC or laptop. At the moment, the PC version of Stadia – that is, playing games via your Chrome browser – doesn’t support the full Stadia Pro experience. I can only stream in 1080p in stereo sound, for example, and if I want to use the Stadia controller then I have to do so with the controller plugged in via USB.

Eventually, the PC version will also be able to stream games in 4K, HDR, 5.1 surround sound for Stadia Pro subscribers, and it will also have wireless controller support like you currently get when using Stadia on a TV. Right now, though, the PC version is effectively limited to the same kind of experience that will eventually be offered by the free Stadia Base version.

On the whole, though, it put in a pretty convincing performance. There was a bit of setup involved beforehand, such as creating my Stadia account and updating the controller, but it wasn’t particularly complicated. I was also able to leave the Chromecast Ultra in the box, as I didn’t need this for streaming to my PC or laptop.

One thing that did surprise me, though, was that it didn’t try testing my internet connection beforehand to make sure it was to snuff. Google recommends at least 10Mbps for HD play, which is actually the lowest of the big three (Shadow and GeForce Now both require 15Mbps), and at least 35Mbps for 4K on Stadia’s website. However, you’ll need to perform your own speed test if you want an idea of what your internet’s actually capable of, as there’s nothing baked into the service itself. Fortunately, my BT home broadband package passed the HD test with flying colours, with Speedtest.com measuring a download speed of 38Mbps. That was perfectly good enough to play the likes of Rise Of The Tomb Raider, Thumper, Red Dead Redemption 2 and Destiny 2 without issue on my laptop, and for the most part I had a jolly good time with it.

Open Stadia in your Chrome browser and you’ll be presented with a big splash of the last game you played with a big play button in the middle of the screen. Scroll down and you’ll find your other games as nice, big thumbnails.

However, there were still moments where it almost fell apart. None of the games I tested ever descended into a horrible, pixelated mess at any point, but there were still a couple of stutters here and there, and Destiny 2 didn’t feel like it was running at the full 60fps during my time testing it. It didn’t feel laggy per se – my movements felt like they were moving in time with my controller / mouse and keyboard inputs – but it definitely wasn’t as smooth as I was expecting. At a guess, it almost felt like it was running at 30fps rather than 60fps, which doesn’t bode well for playing other twitchy, fast-paced games such as Mortal Kombat 11 or Doom. Rhythm action game Thumper felt perfectly fine, admittedly, but I’ve definitely had smoother, more responsive games of Destiny on my own PC.

It’s also worth noting that you don’t get the same kind of graphics options as you would playing on your own PC, as Stadia games are their own special ports of the game in question. This means you can’t tweak the settings to improve your performance, or use any existing save files. In this sense, playing games on Stadia is more akin to playing games on consoles than it is on PC. It’s a uniform, take-it-or-leave-it kind of experience, albeit one with extra mouse and keyboard menus.

That said, if you’ve never paid much attention to PC graphics settings, then you probably won’t notice much of a difference. Red Dead Redemption 2’s wintry opening still looked quite the picture on Stadia, for example, and I was impressed with the quality of its light and its crisp snowstorms, which is something that could have easily been an absolute disaster when streamed over the internet. Assassin’s Creed Odyssey looked pretty great as well. Perhaps not quite as detailed as PC’s Ultra High quality setting, but it comes pretty close. 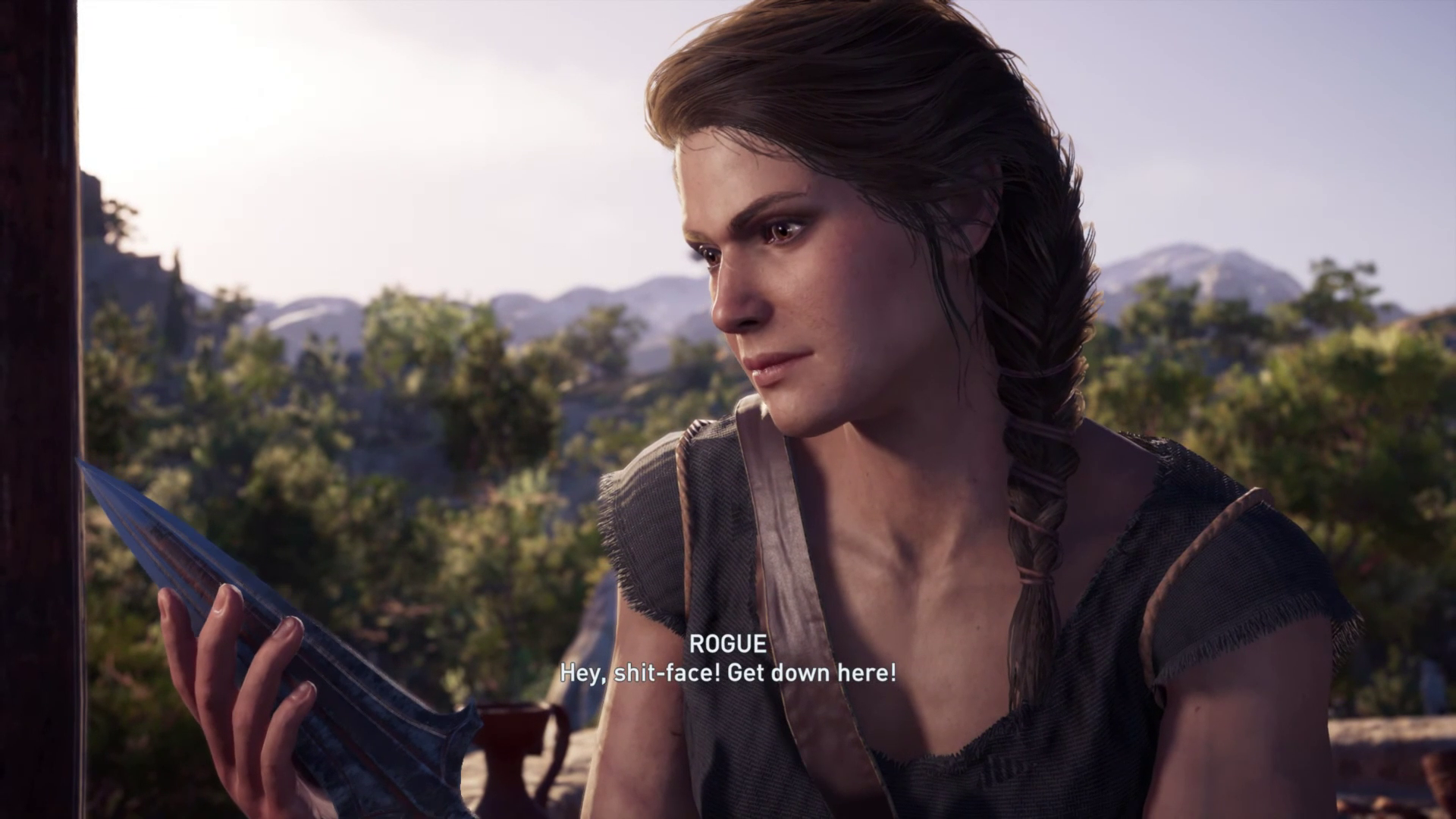 The only game I tested that didn’t quite hold up to its PC counterpart was Rise Of The Tomb Raider. On Stadia, the frost textures on Lara’s coat were a bit low res for my liking, and her snowy footprints didn’t look quite as accurate as they can when you crank all the effects up on PC. Still, the rest of it looked pretty pleasing to the eye, and overall I was pretty satisfied with it.

Is it right for me? Stadia isn’t perfect by any stretch of the imagination, but in terms of convenience, it’s certainly on its way to being quite compelling. There aren’t many games on Stadia at the moment – a quick glance at the ‘All Games’ tab in the Stadia Store reveals a library of just 27 available games at time of writing – but a lot of them would require pretty hefty PCs to run well if you owned them on Steam, for example, such as Red Dead Redemption 2, Metro Exodus, Assassin’s Creed Odyssey and Final Fantasy XV, and they would all take up a sizeable chunk of your PC’s storage banks, too. Yes, it’s another storefront to click on, but the idea of being able to jump into these games instantly, without waiting for them to download or update, and not have them eat up loads of storage space on my PC certainly has its attractions.

It is a shame you don’t get the full suite of PC graphics options on Stadia, but it does at least make it a bit more user friendly for those who just want to get straight to playing their favourite games, rather than endlessly faffing around with the settings.

Of course, if you’ve already got a powerful PC that can play today’s biggest and best PC games, then Stadia probably won’t hold much appeal for you. However, if your PC’s getting on a bit and the thought of either upgrading your PC or building a new one fills you (and your wallet) with dread, then Stadia could be a lot cheaper and more convenient than shelling out for that expensive upgrade.

Yes, there is always the distinct possibility that Stadia will go tits up and disappear (along with all those games) in a couple of years time – Google does, after all, have a rather bad track record of canning unsuccessful new ventures – and that’s certainly something to take into consideration. However, assuming Stadia doesn’t just blink out of existence in five years time (let’s try and be a little bit optimistic here), it’s definitely got potential as long as it can continue to build its game library with the type of big, mainstream games that people want to play. Seasoned PC gamers probably won’t have much need for it, but if you’re the type of person who’s umming and ahhing about whether to buy a current gen console or wait until the PS5 / Xbox Series X comes out, then Stadia could solve a lot of problems. After all, plugging in a Chromecast Ultra into the back of your TV is a lot less hassle than finding room for another giant black box.

Verdict: Stadia still needs a lot of work and a bigger game library to be a success, but the 1080p ‘Base’ experience could be the start of something great.