There’s no shortage of games about the novel coronavirus or COVID-19, which has, over the past few months, created a global miasma of paranoia, racism, and fear. Global Game Jam 2020 was peppered with virus and outbreak-themed games, including a 2D action game named 2019-nCOV Stole My DNA and a Taiwanese game where players must monitor the proper use of face masks.

Thanks to the relentless nature of modern news cycles, creators have had a lot of material to work with – hoarding, mask shaming/policing, misinformation, and a heightened level of self-surveillance that would make Jeremy Bentham proud. And as affected Asian countries prepare to ride out the economic aftermath of COVID-19, the impact will be particularly hard on China’s community of indie developers.

First reported on December 31, 2019, the coronavirus from Wuhan, China, has afflicted over 71,000 people worldwide, with a death toll of over 1,700 in China. Quarantine has been the standard response, with authorities imposing strict travel restrictions on affected regions. Stuck indoors, many turned to online games for entertainment, while many game creators (rather ironically) found themselves unable to go to the office to work. “It’s coming up on a month now,” said Shanghai indie developer Mike Ren. “At first it was kind of nice, but by week three, the lack of seeing people and going out for food or to a bar really starts to take a toll… every day is spent inside a small apartment.” 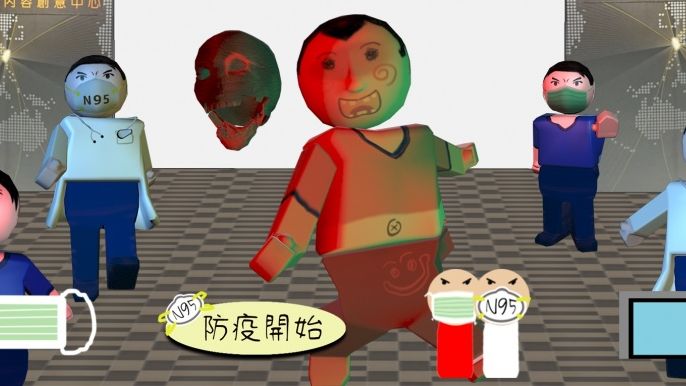 This new reality hasn’t been too cruel for larger studios, where remote working is only a step away from business as usual. Paul*, a developer at one of China’s biggest game companies, spent just over a week working from home using an app called WeMeeting, which can accommodate 300 people in a room, though he conceded that it was “harder to communicate and manage.” Andy, a developer at Surgical Scalpels, spent the last two weeks working from home, holding video meetings with his colleagues three times a day. As of February 17, the rest of the company has been slowly trickling back to the office – “things are getting better these days,” he said over WeChat.

But COVID-19 has had a much bigger impact on small developers. Hangzhou-based Catap Studio is a husband-and-wife team behind the decryption puzzler Chopin. During their 14-day quarantine period, Catap used notebooks and ended up reading books to learn new things while in self-imposed isolation. Even before COVID-19, the pair was already working hard to stay afloat and keep costs low, but are now cognizant of an unexpected silver lining.

“There’s only two of us here…if I had any other staff, we would have lost a lot of money this time,” the husband half of the team said. Since they already work from home, they also don’t have to deal with government paperwork to return to an office — he explained that “every enterprise in China now needs to fill out an application to resume work.” When asked if they were operating a loss because of the quarantine, he admitted that even with a recent investment from friends, “it’s slow. I’ll lose money somehow. This year’s financing is very difficult.”

Paul, who previously worked on small indie projects, believes that the financial impact of the quarantine on small companies can be “fatal.” China’s indie scene faces far more red tape, legal obstacles, and bureaucratic challenges than its western counterparts; for starters, indie developers must apply for licenses (which can be frozen) in a largely unregulated field, follow stringent content guidelines, and fork out hefty non-refundable application fees. “For a smaller company, especially an indie, being not able to work or delaying production will harm them a lot,” Paul said. 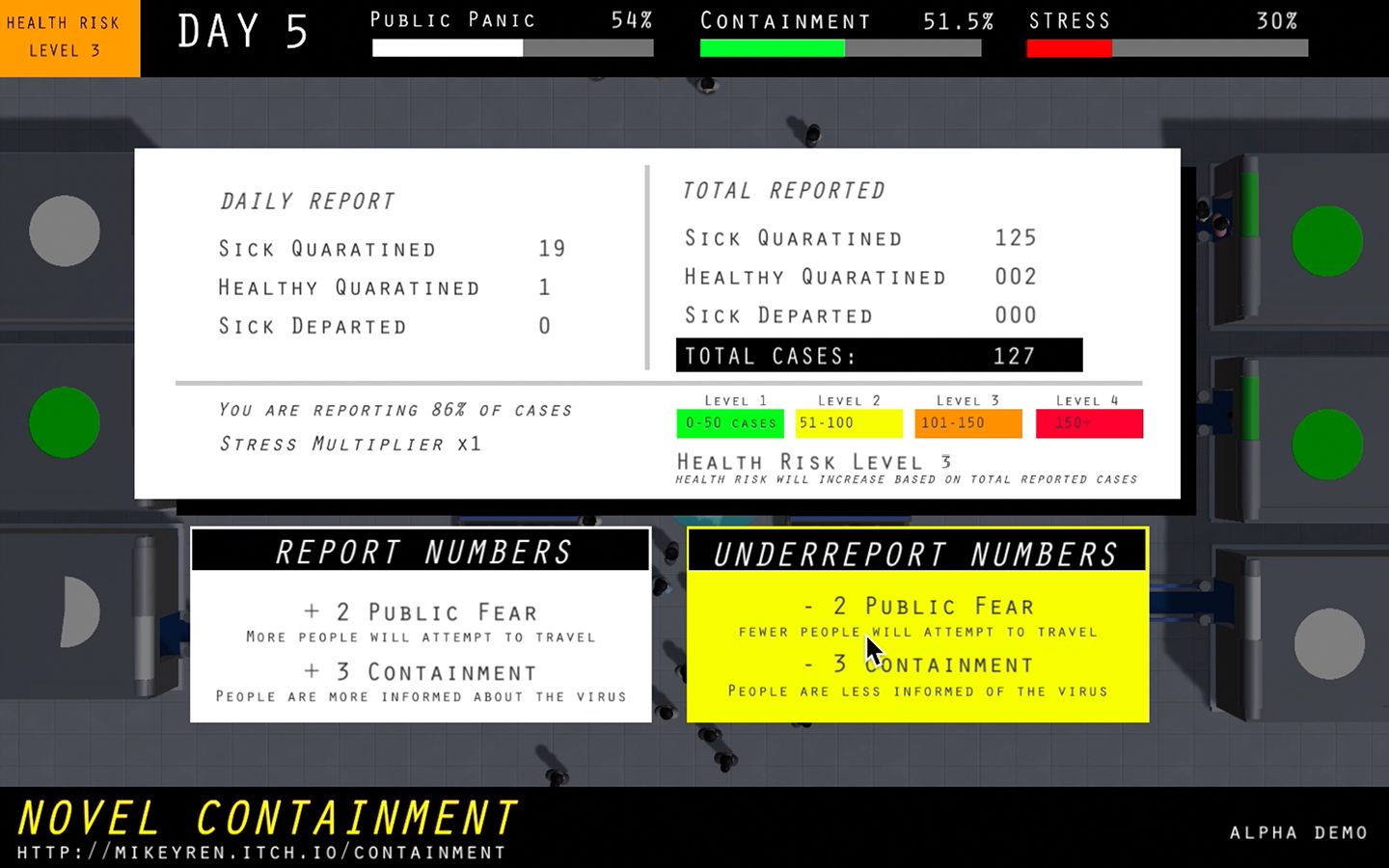 Zhou, a developer at Shanghai-based studio Whirl Galaxy, said that his four-person team felt the full impact of isolation in the first week of their three-week quarantine, forcing them to adopt new ways to stay productive. Remote collaboration is still relatively unusual for small devs in China, and Whirl Galaxy set up small servers to work on iterations of their game, Metal Mind. “But there’s a lot of problems with remote access for most people,” he conceded, as well as an insufficiently professional culture for remote working. The quarantine has also affected Whirl Galaxy’s ability to secure funding – the team can’t sign a contract with a new investor and move forward until what Zhou calls “the plague” is over.

For multiplayer games, there’s an even bigger need to keep working, especially to push out updates. “I’d say a lot of companies might not be able to get [a] remote work environment ready to use and that means that all of their products are on pause,” said Alexis Tonon, COO of Shenzen-based Multiverse Entertainment. The studio is currently working on weekly updates for Earth From Another Sun, a shooter with a co-op mode that comes out this summer. “They might see their players abandon the game quickly.”

Perhaps the hardest blow was GDC’s recent coronavirus announcement, a euphemistically-worded disinvitation to Chinese exhibitors and attendees at a time when – according to Paul – many Chinese developers are focusing on the overseas market. “Video game events are crucial for every company,” Tonon emphasized. “With the quarantine in place, it limits a lot of these activities, and as you know, a game production schedule is always super tight.”

Shanghai-based game designer Evan* was planning to attend GDC, claiming to know at least 150 people in the Chinese industry who would be heading to GDC if not for the coronavirus; Catap believes China’s inability to attend GDC is a “tragedy.” For Evan, there’s also a matter of national pride. “It is the first time ever we have got a nominee for IGF Finalist,” he said, referring to Eastward, a nominee in the Best Visual Art category. At the time of the interview, Evan still hadn’t managed to get a refund for his GDC passes.

Still, developers are making the best of a bad situation – one that will likely have lingering impacts on the economy akin to the post-SARS recovery period (Andy, like many others, believes there will be a recession). Ren has spent his time cooking, which helps provide a sense of schedule, and making a coronavirus-themed game titled Novel Containment. The player takes on the role of a public transportation doctor who must quarantine passengers, all while managing public panic, reporting infection numbers, and dealing with their own stress. “I’m trying to make the game a stressful experience, since that’s the reality of it,” he explained, while conceding that the process of developing the game has also been a source of stress relief. “The grocery stores are still open now, so I try and make a trip out every couple of days. Most restaurants and bars are still closed. We have no idea when things will start going back to normal.”

For now, isolation seems to be the only way forward. “We’re all starting to get crazy being at home,” said Tonon. “It’s been a month for me, and you don’t know how much I miss the outside world.” There’s also the issue of some people who aren’t following quarantine protocols, which is generally frowned upon. But even with the country focused on recovery, as well as dealing with grief and anger over the way the epidemic was handled, everyone seemed more or less understanding of travel restrictions.

In some ways, COVID-19 has only reinforced resilience and pragmatism among Chinese indie developers, who continue to survive in a system designed to marginalise their work. There’s also the basic fact that nobody wants to get sick, much less sick with a hyper-sensationalised virus. “I think the travel ban is necessary,” said Catap. “I think it’s important to protect other people from infection, rather than publicity and exposure.”

*some names have been changed.