Perhaps understandably, given that it’s my job to attempt to stay up to date with PC games these days, I don’t get to play all my favourites with quite the same regularity. Usually, that’s fine – Civilization VI, for example, is always gonna be Civilization VI. Sometimes, it’s even a bit of a boon – I’ll return to something like Rimworld after a few months away, only to find it’s sprouted a game-changing update. But there are some games where even a couple of weeks away can make you feel like you’ve missed out on years, and Hearthstone is really giving me a hard time on that front right now.

Last week, I posted about how there were apparently big things in the works for Blizzard’s colourful, card-based coin machine – and I could cope with that, because it’s coming up to the time of year where the Hearthstone devs usually announce the themes of the game for the year ahead. But this week, they dropped an entirely unexpected – and completely unrelated – update for the game, and watching its forty second trailer made me feel like I’d had my brain cut out and replaced with an accordion and a box of cheap fireworks. This post was going to be a sober, faintly analytical run-down of the new, dragon-based cards that have been added to Hearthstone’s autobattly Battlegrounds mode – but honestly, I don’t think I can handle it. 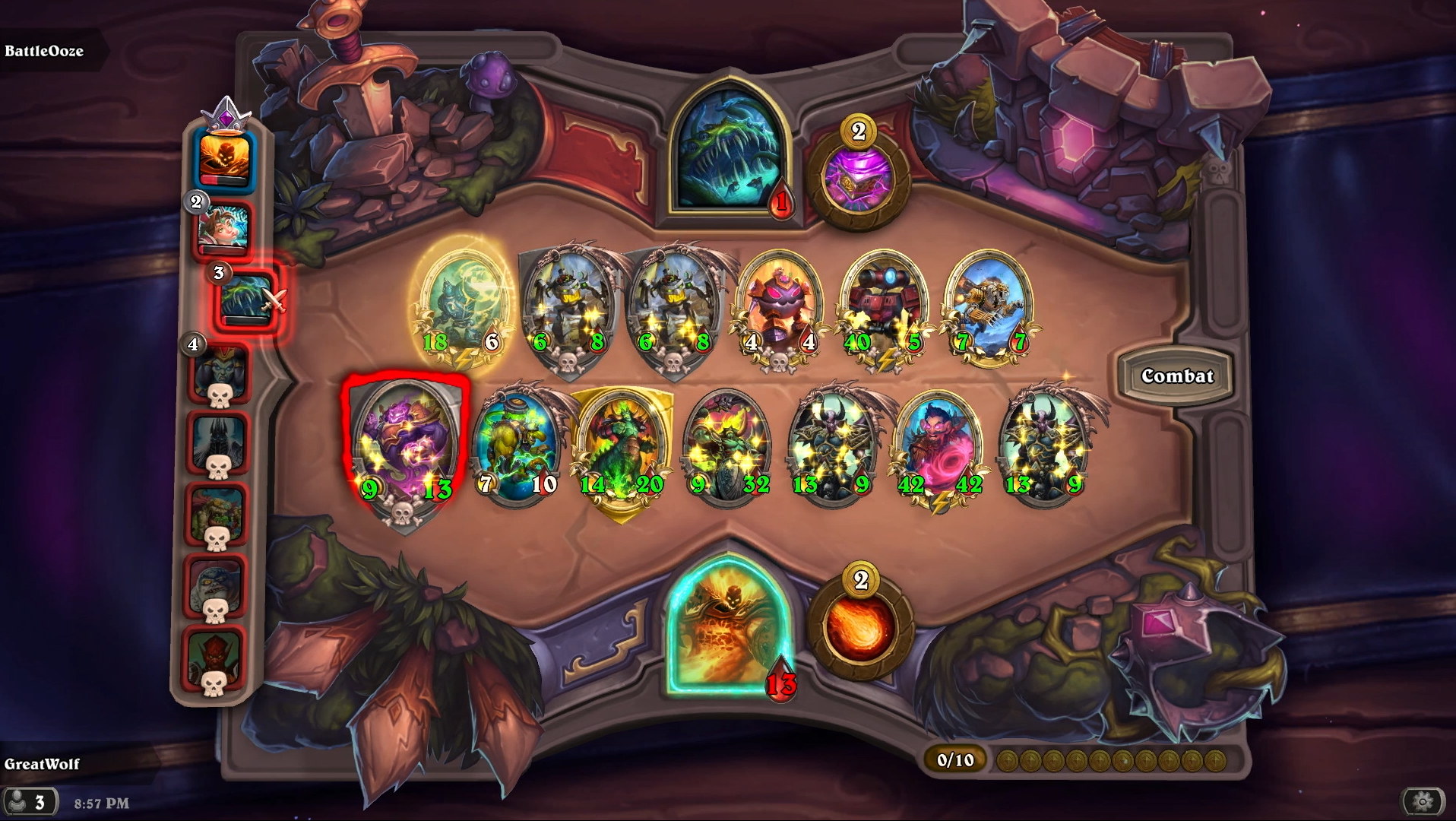 If that’s still what you want, mind, go to sister site Metabomb for it, because they’ll actually have something coherent to say. But if it’s a bizarre scream from the heart about how I can’t keep up with the pace of game development any more, read on.

I think the biggest problem I’m finding in talking about the Battlegrounds update, is that I’ve only managed to play a few hours of Battlegrounds full stop since it was launched in November. Partly, that’s because since then, there’s been a whole new set of cards released for the game in the form of Descent Of Dragons, and an accompanying single player adventure, The Last March Of Ronald MacDonald, in January. OK, it was actually called Galakrond’s Awakening, but I really like the placeholder title I put in before I googled it to remind myself, so it will henceforth be called The Last March Of Ronald MacDonald. 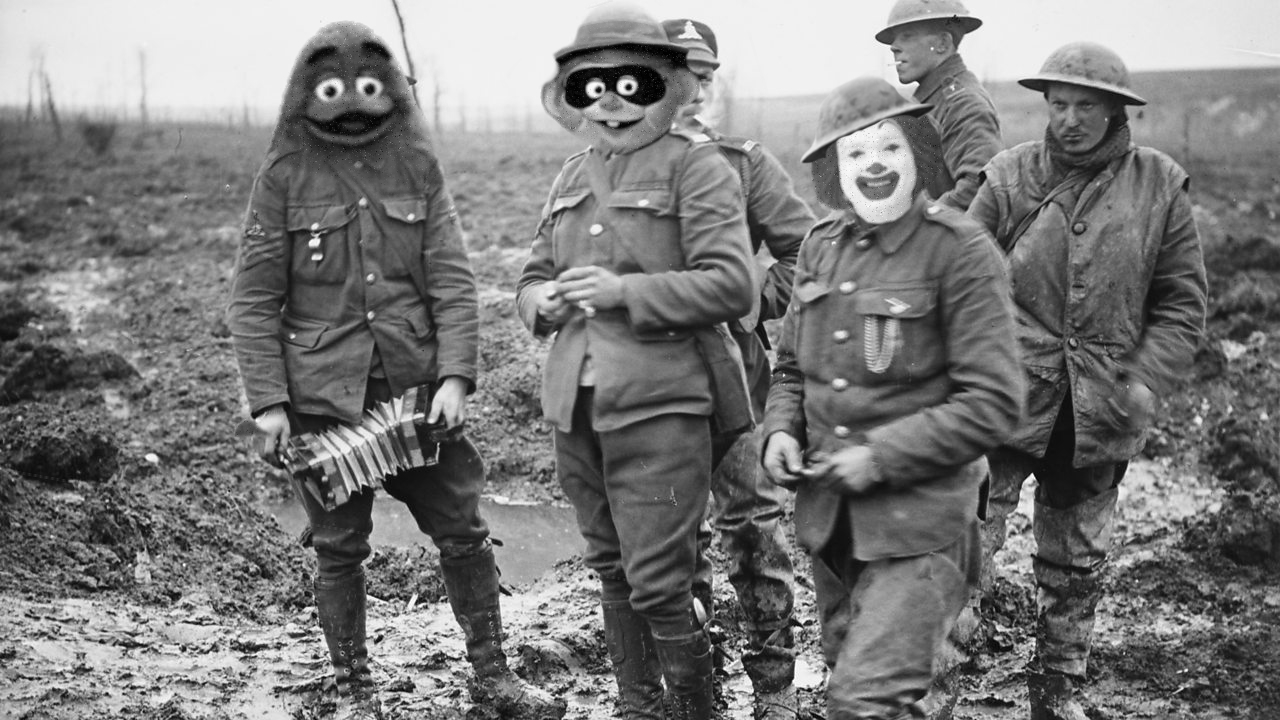 But yes, thanks to Ronald & co, I’ve still not even gotten to grips with basic Hearthstone autobattling, so I’m feeling quite adrift in terms of understanding what the new stuff means. It seems a lot of the cards coming to Battlegrounds now are unique to that mode, or – I think – modified versions of cards with the same names in the regular game. Oh, and as is de rigeur for autobattlers, there are about eight million heroes you can play as. And one of them, who shouts a fair bit in the trailer linked above, was also a key player in The Last March Of Ronald MacDonald. 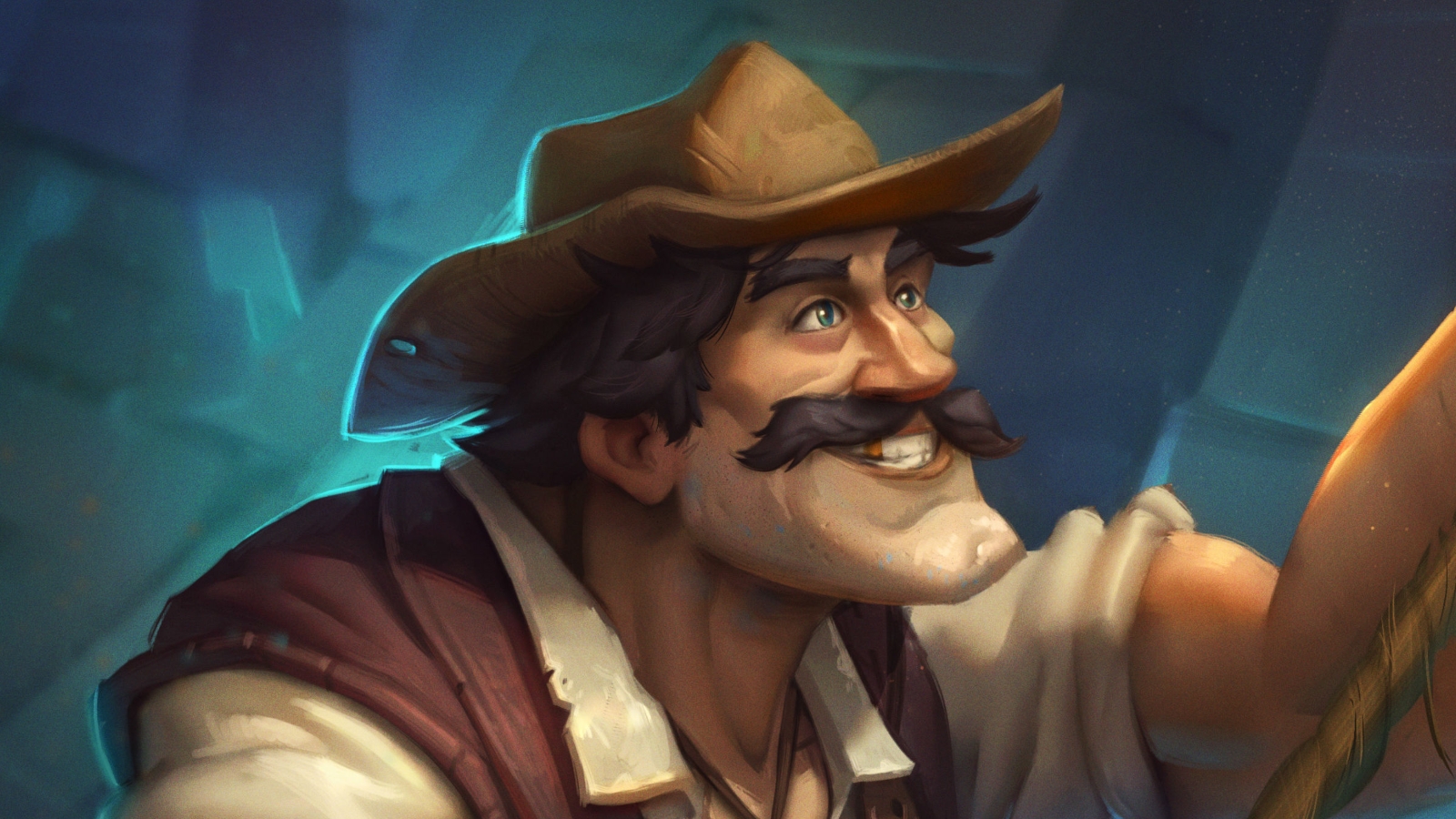 Look at this gurning maniac though 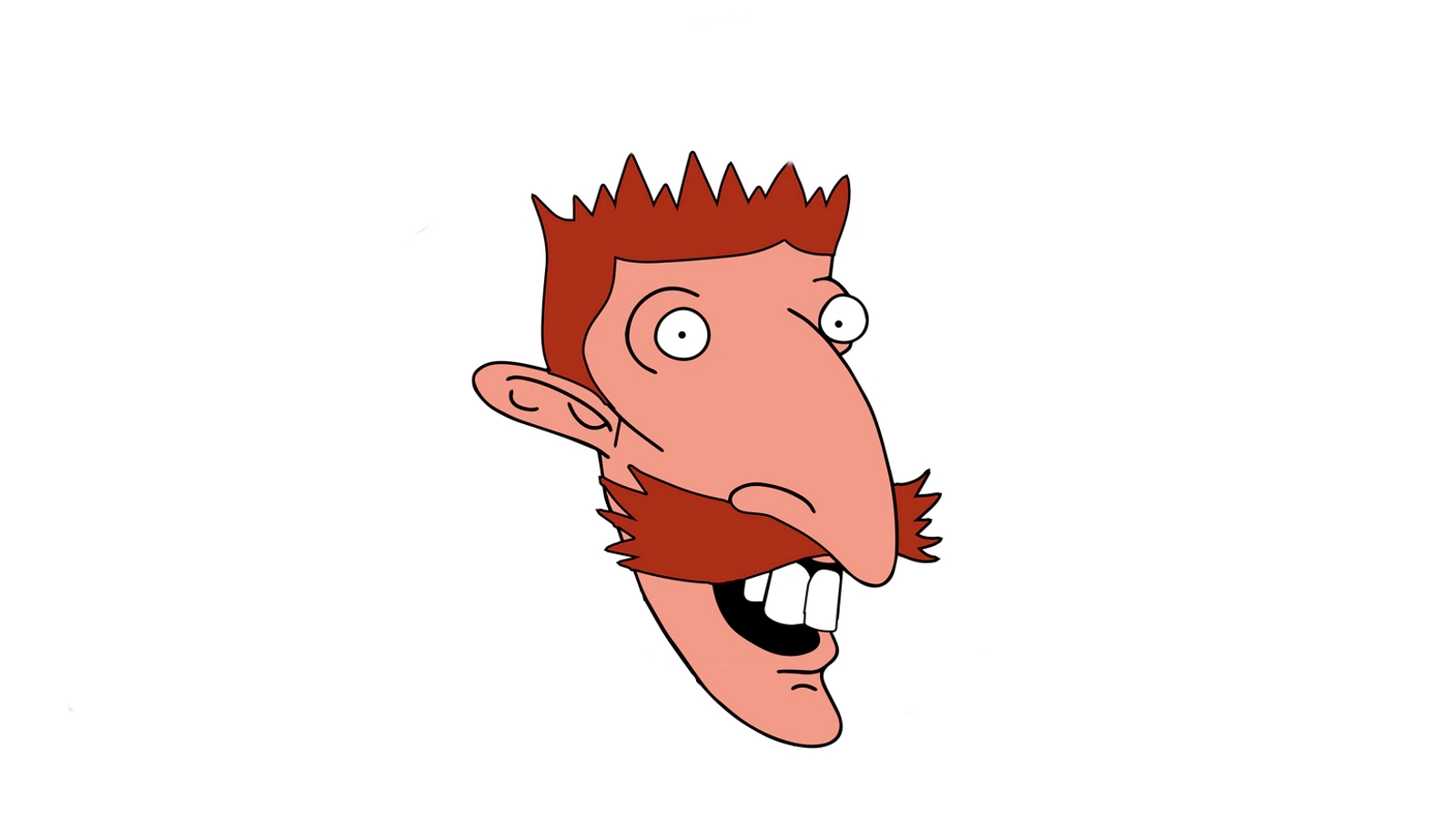 At some point in Reno’s career as a Hearthstone character, a fan theory about him being secretly a dragon started cropping up, which involved copious amounts of Warcraft universe lore to understand (Hearthstone kind of shares a world with World Of Warcraft, only because it’s all played for laughs, a lot of characters are wildly different in each of the games). Anyway, by the time The Last March Of Ronald MacDonald came along, Blizz decided that Reno was now actually a dragon, and the single player adventure involved him turning into one. During a cutscene. Taking place in-engine, during a card game. Where Reno revealed that he used to be an egg as a child.

I’m sorry. I have to stop now. I had meant to circle back and say something meaningful about the evolution of Hearthstone, but I think I need to do some deep breathing for a bit. The problem is, at this point, explaining any aspect of the game to someone who’s not completely up to date with it, involves going off on tangents to explain fifteen or so connected concepts, each of which makes less and less sense. It becomes like trying to explain a dream you’ve had while sleeping off a pint mug full of cough mixture in a sauna.

I’m sort of in awe at the relentless pace at which the game is being expanded, but good lord, I wish sometimes it would stop and let me catch up.