Salutations, deals hunters. It’s another beautiful day in the land of the best PC gaming deals, with loads of big savings to be had as far as the eye can see. Seriously, I actually can’t move for deals this week. In our immediate vicinity, you’ll find huge discounts in both the leafy suburbs of The Sims 4 and the rainy streets of Conglomerate 451, before encountering yet more deals out on the plains and field of Total War. Then, in the next city over (but don’t get too close), there’s 29% off to be found on the likes of Resident Evil 3, and there are even deals to be found all the way down in hell, with Bethesda’s big, web-wide Doom sale. So let’s go forth into this week’s finest deals country, because boy howdy, there’s a lot to get through. 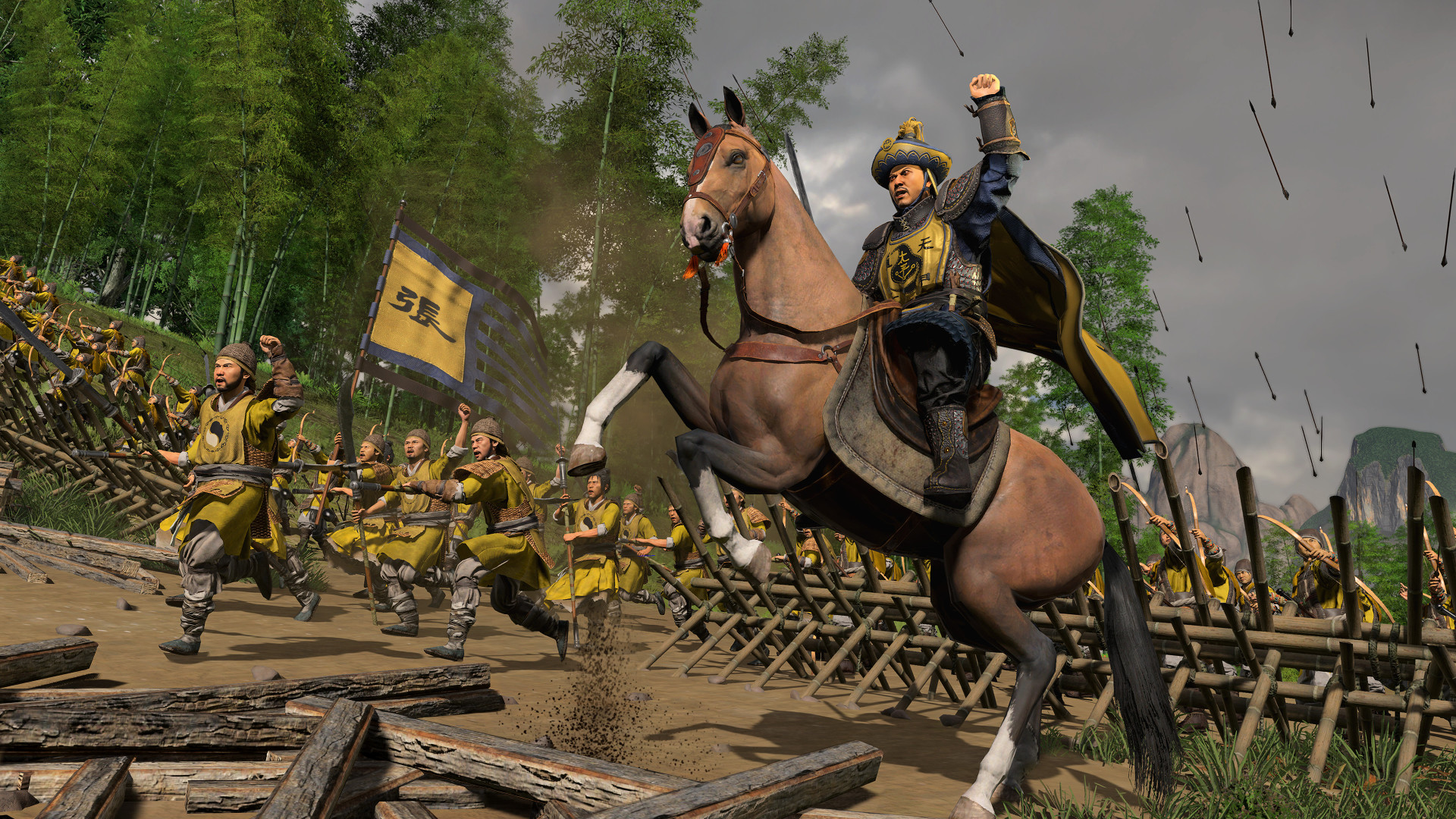 Fanatical are on the war path this weekend, as right now you’ll find loads of discounts on Total War games, including 50% off Three Kingdoms, and a massive 73% off Total War: Warhammer II. The latter is only around for the next six hours or so at time of writing, and 66% of the available keys have already gone, so make sure you snap that one up quick if it takes your fancy.

At 4pm GMT / 11am ET, you’ll be able to get No Man’s Sky for a massive 62% off its usual price, which is probably one of the biggest discounts I’ve ever seen for it.

Finally, Fanatical’s Bundle Blast deals are still going strong this weekend as well, and their Killer Bundle 12 Redux pack is well worth a look. For just £3.25 / $3.49, you can grab The Surge, Sherlock Holmes: The Devil’s Daughter, Wonder Boy: The Dragon’s Trap and Atari Vault, which isn’t half bad. There’s also their Platinum Collection Build Your Own Bundle, which lets you pick three games from the likes of Shadow Tactics: Blades Of The Shogun, Iconoclasts, Rain World, Aer: Memories Of Old, Rising Storm 2: Vietnam, Tropico 5, Beholders 2 and more for £9.29 / $9.49, and their second Reaper Bundle, which packages up the three Stalker games, both Star Wars Jedi Knight games, Day of Infamy, Eagle Island, Override Mech City Brawl, Sim City 4 and Re-Legion for £4.59 / $4.99. 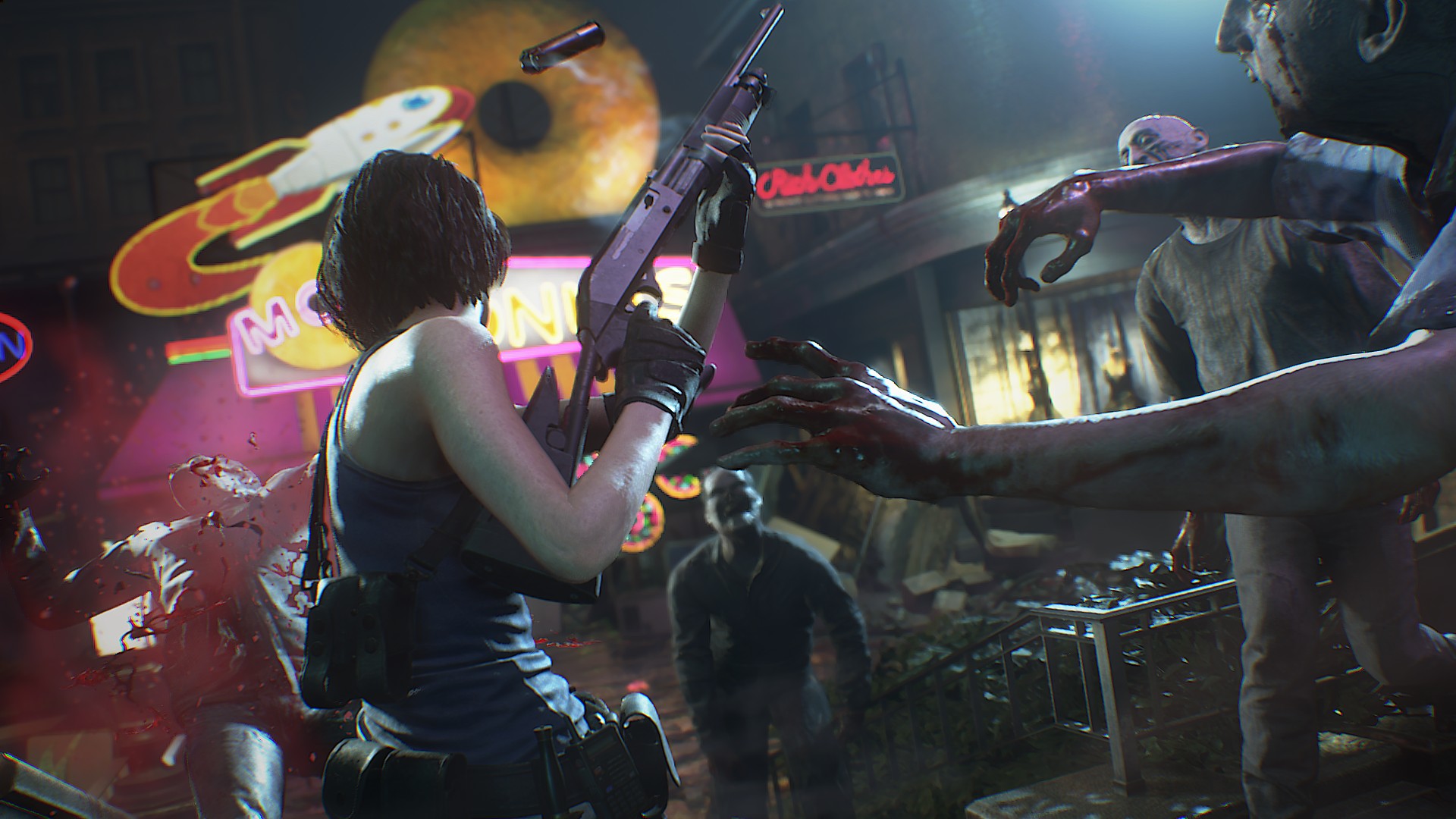 Green Man Gaming are holding a big Capcom sale this weekend, and the biggest deal on offer is arguably 25% off all Resident Evil 3 pre-orders. Alternatively, if you fancy a recap of the Resi story so far, then why not get 71% off Resident Evil 2 while you’re there, or jump right to the end of the current series with 56% off Resident Evil VII‘s Gold Edition, which includes all the season pass content.

If you’d rather spend your weekend fighting demons in increasingly colourful ways, then there’s 71% off Devil May Cry 5 and 56% off Okami HD as well. Or if it’s giant reptiles you’re after, then how about 26% off Monster Hunter: World’s Iceborne Master Edition, or 74% off Dragon’s Dogma: Dark Arisen?

And last, but by no means least, GMG have the best deal on Star Wars Jedi: Fallen Order, too, offering 29% off instead of just 25% that you’ll find on Humble. 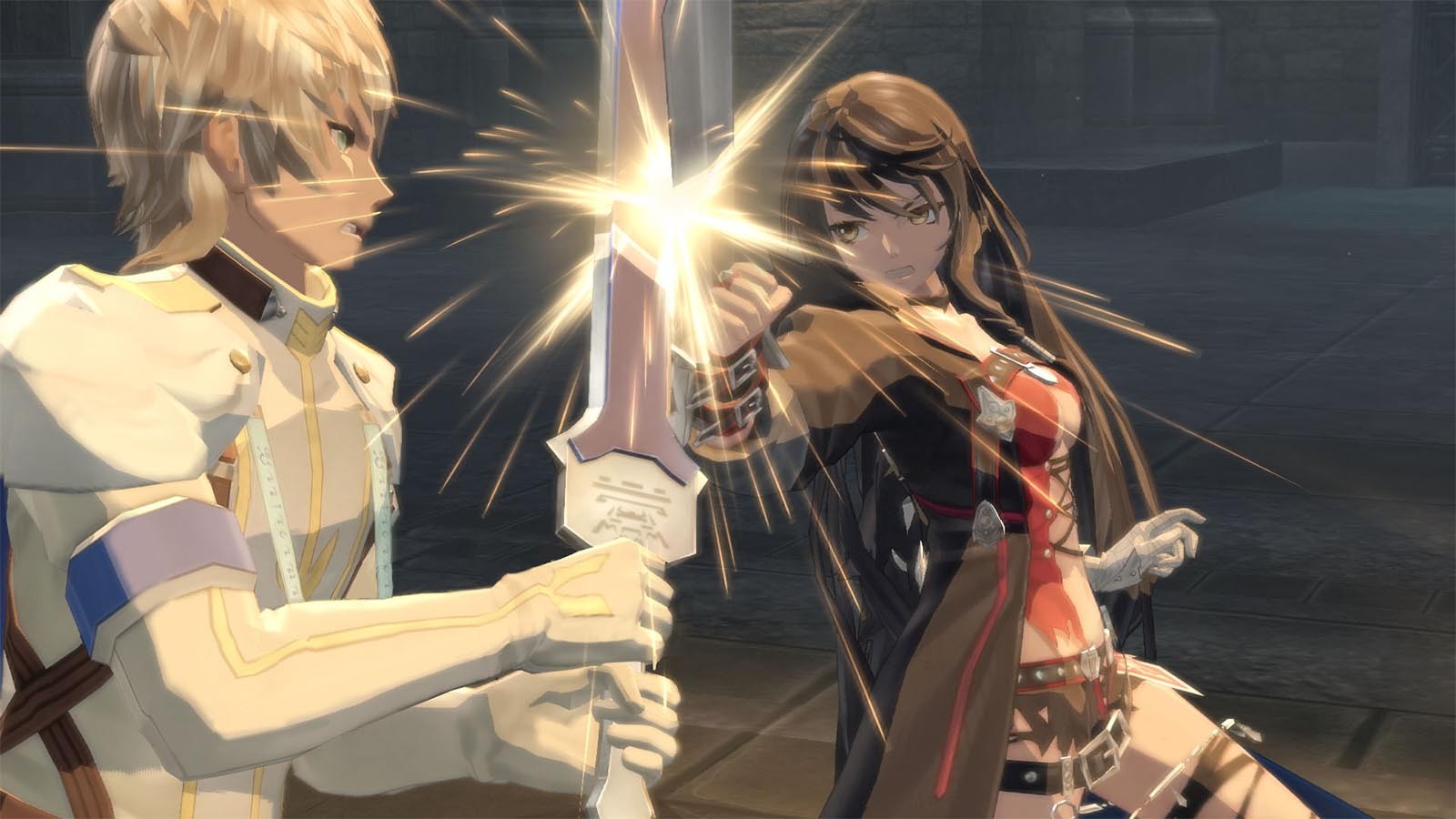 If it’s anime games you’re after, though, then Humble do, at long last, have some good deals for you. There are dozens to choose from in their Bandai Namco sale, for example, including 50% off Tales of Zestiria and 75% off Tales of Berseria, and loads more in their wider Anime sale.

Highlights include 50% off Phoenix Wright: Ace Attorney Trilogy, 50% off Valkyria Chronicles 4, 80% off Dragon Ball Xenoverse 2 and 40% off Killer 7, but I’d literally be here all day if I listed any more.

Separate to Humble’s big anime sale, they’re also offering 75% off Dark Souls III‘s Deluxe Edition, which includes the base game and the season pass (the regular edition is also 75% off if you don’t fancy the season pass), plus 40% off Metro Exodus and 30% off Shenmue III as part of their big Deep Silver sale. 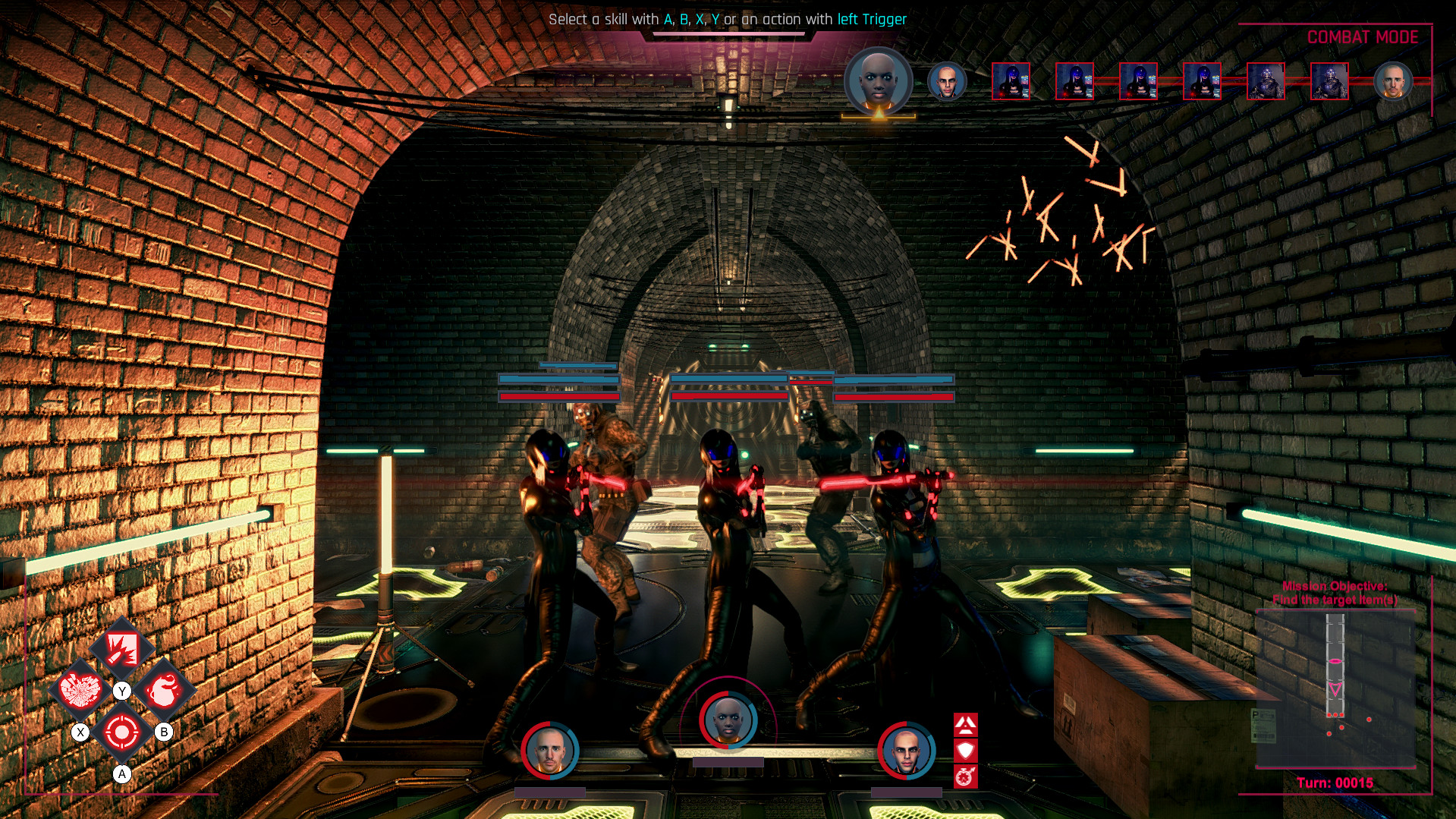 Over at GOG, it’s all about the dungeon crawlers. As well as 15% off the newly released Conglomerate 451, there’s 30% off Children of Morta, 60% off Moonlighter, 66% off Deep Sky Derelicts, 70% off Darkest Dungeon and 80% off Crypt of the Necrodancer to name just a few of them.

It’s a good time to get into Pathfinder: Kingmaker, too, as there’s currently 60% off its regular Explorer edition, 50% off its Royal edition, which includes a digital art book, the official soundtrack, a high-res map and a digital module for board game adventures, and 50% off its Imperial edition, which includes everything in the Royal edition plus the season pass. If you’ve already got the main game and would like to add said season pass, however, then you’ll be pleased to hear that this, too, is 40% off at the moment.

Plus, if you buy sci-fi puzzle adventure Beautiful Desolation between now and 4th March, you’ll get a copy of the developer’s point-and-click horror game Stasis thrown in for free. 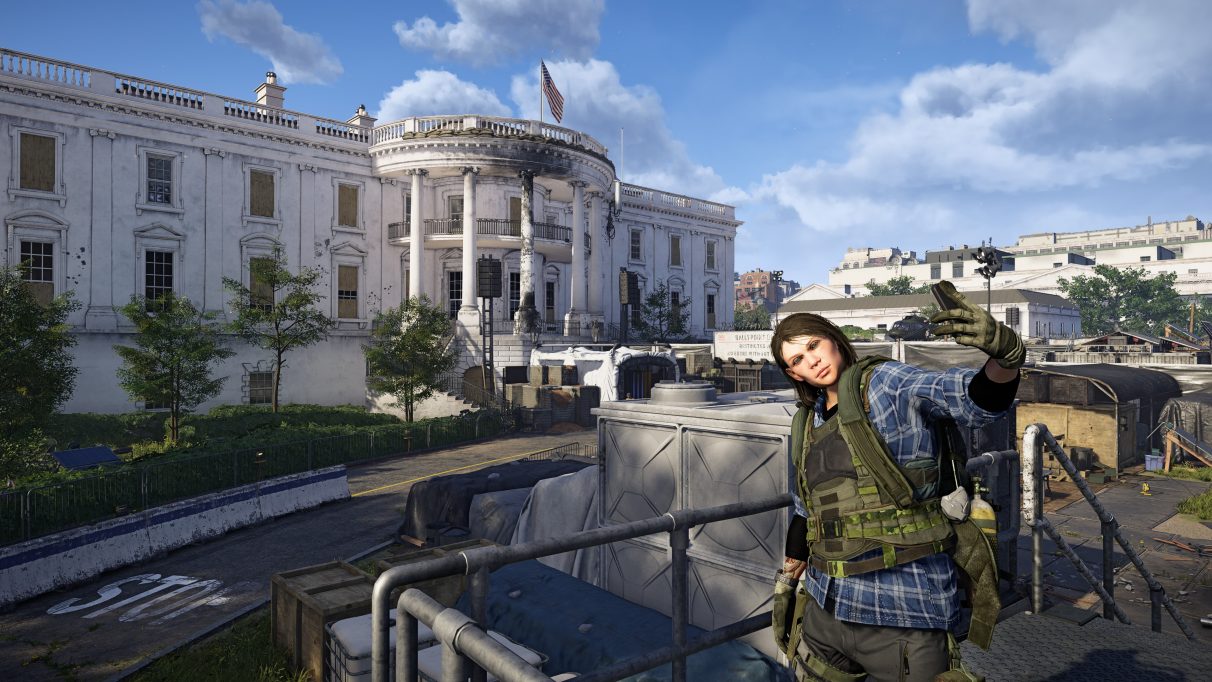 Finally, it’s your last chance to snap up The Division 2 for just a couple of quid, as Ubisoft’s rather good US deal where it costs just $3 has finally made it to the UK. At long last, you can get the base game for just £2.50 at the moment, which is frankly bananas.

If you’d rather get the game and next week’s big expansion, Warlords of New York, however, then that’s on sale as well for a massive 45% off, costing you £27.49, which effective gets you the same £2.50 deal on the base game, plus the cost of the expansion. The same deal applies to US folk as well, where you can get the base game and the expansion for $32.99.

As you may have seen last week, I’ve shifted our hardware deals into separate deals articles now, which will hopefully be more useful and make it a lot easier for you to find what you’re looking for. At the moment, I’m still concentrating on the best graphics card deals, best gaming monitor deals and the best SSD deals for the time being. But if you’d like to see pages for the best headset deals, the best gaming laptop deals and the best mice and keyboard deals – or indeed any other types of deals – then do shout in the comments.

As a small side note, Overclockers UK have just started their 20th Birthday Sale, so you may want to go and have a browse if you’re in need of some components outside of GPUs, SSDs and gaming monitors. You’ll find a lot of the deals in the pages linked below, but if you’re in need of cases, CPUs, cooling, PSUs or peripherals, then it’s well worth checking out.