As someone with dinkier hands than most, I love a good lightweight gaming mouse. I love the 80g Logitech G Pro Wireless, and I especially love the 58g Glorious Model O-. I’m also a big fan of the 69g Razer Viper that came out last August, which has the added bonus of being ambidextrous so its featherlight design can be enjoyed by righties and lefties alike. You’ll find all three of them in my best gaming mouse list, because they’re great mice. However, it seems that 69g wasn’t quite light enough for those snakey rainbow enthusiasts over at Razer, as they’ve now come out with the even lighter 61g Razer Viper Mini.

It is, of course, still a couple of grams heavier than the Glorious Model O-, but its super skinny chassis really is for the teeniest of tiny hands. Dare I say… too tiny? Here’s wot I think.

Indeed, I didn’t think it was possible for a mouse to be too small for my spindly fingers, but when I first got the Viper Mini out of the box it felt like it was a mouse made for a child. A good thing if you are, in fact, a child, but less so when you’re a full-grown adult. It’s really, really quite tiny, measuring just 53mm across its minuscule waist section where your thumb sits. Admittedly, that’s only 4mm thinner than the original Viper, but it’s surprising just how much of a difference that makes to its overall shape and feel. It’s just about wide enough to support all three of my main mouse fingers, but it’s borderline to say the least. For the first time ever, I feel like it’s my hand swamping the mouse rather than the other way around.

It’s a strange feeling, and one I’m not entirely sure that I’ll ever get used to. The size difference isn’t as much of a shock now as it was when I first started using the Viper Mini at the beginning of the week, for example, but every time I come to use it I still have a niggling feeling in the back of my brain going, “This is a touch too small”. 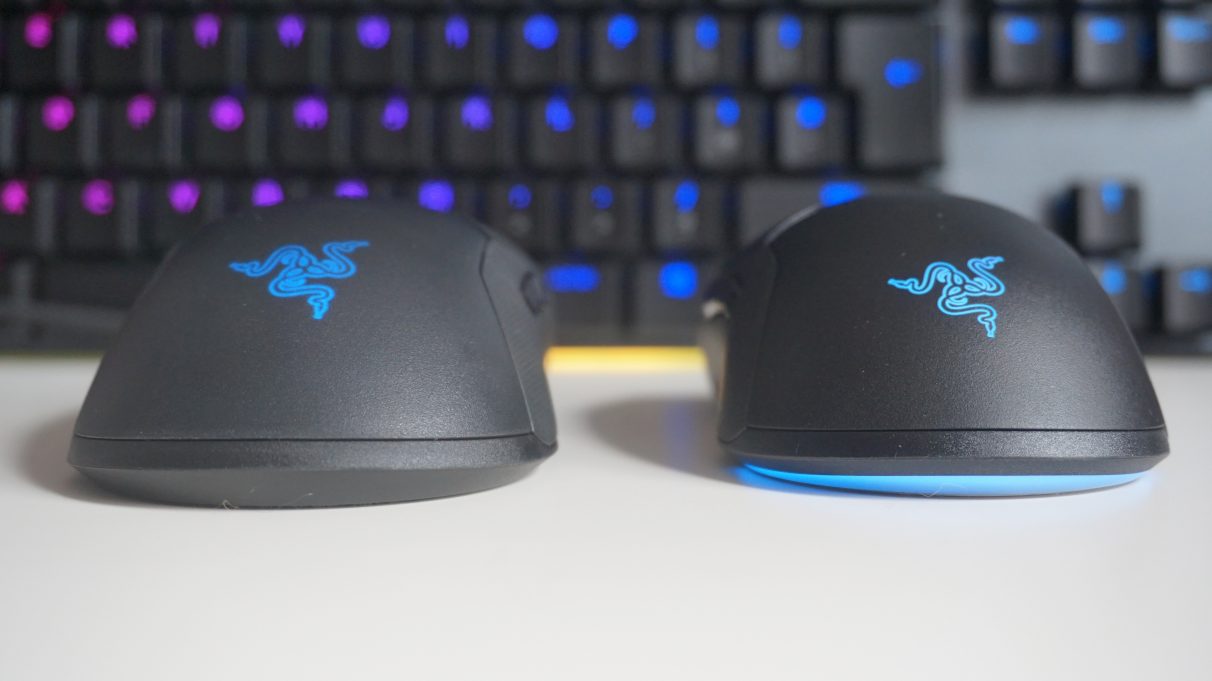 The Viper Mini adds a cheeky flash of RGB lighting round its rear.

On the plus side, it’s a real breeze to move round my mouse mat, and its two side buttons are still within easy reach of my thumb. However, in shrinking the Viper down to this new Mini size, it’s also lost a part of what made the original so great – namely those two extra side buttons on the right-hand side for our fellow lefties. Whereas the original Viper was a proper ambidextrous gaming mouse, the Viper Mini is merely a symmetrical one made for righties.

You can still assign all the same kinds of functions to those two side buttons, of course, including keyboard functions, media controls, Windows shortcuts, text commands and different sensitivity speeds, but that will be of little consolation to those who were hoping for a true, ambidextrous Viper successor. Still, at least Razer have sensibly decided to move the DPI cycle button to the top of the mouse this time round, as before it was relegated to the altogether less helpful location of the mouse’s underbelly. It’s still pretty titchy, admittedly, but its raised surface and pleasant sense of tactile feedback do at least make it easy to press and cycle through its five customisable sensitivity speeds when your attention is elsewhere.

The Viper Mini loses the original’s rubbery side grips… 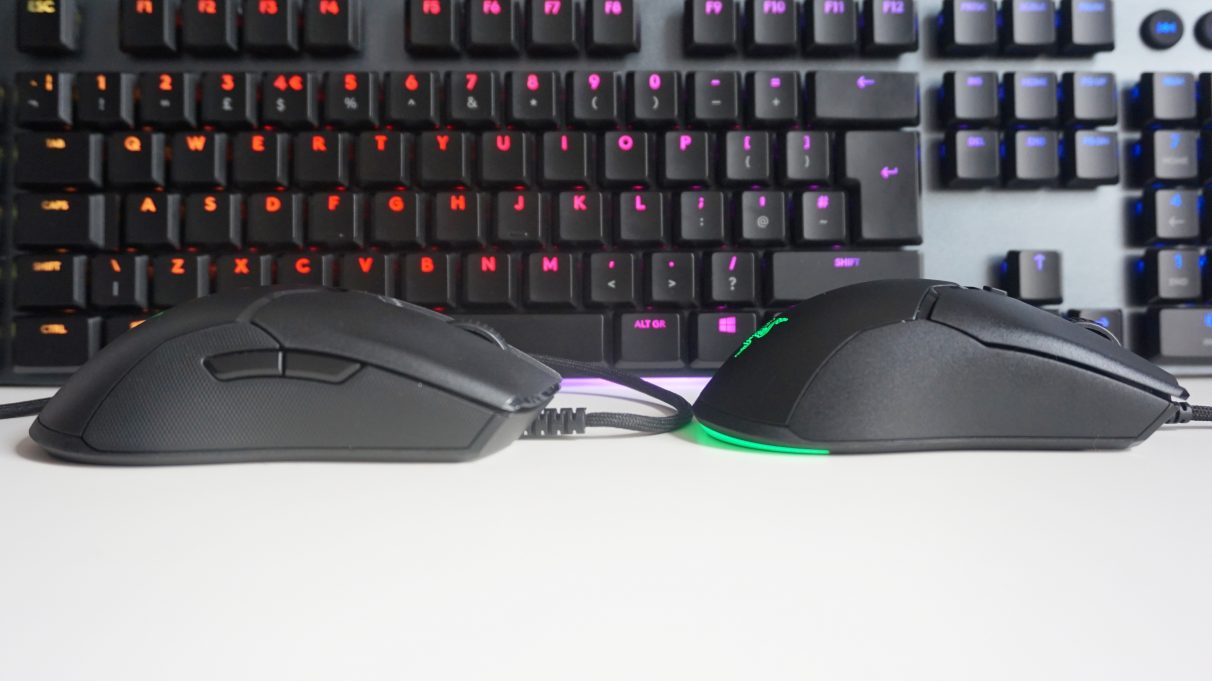 …and the two extra side buttons that made its big brother such a great mouse for lefties.

Speaking of DPI settings, it’s also worth pointing out that the Viper Mini’s sensor only goes up to a fairly average 8500 DPI instead of the Viper’s 16,000 DPI. That’s not the end of the world if I’m honest, as you’d need superhuman eyeballs to detect anything much above the 3000 mark. However, the Mini’s lowest setting of just 200 DPI may be more of a deal-breaker for hardcore competitive types. The normal Viper can go all the way down to a dead-slow 100 DPI, for example, which some may find more useful when it comes to lining up headshots down your sniper sights in your go-to FPS game. As I said, though, I’m not too fussed about this, as I’ve never really been one for changing my DPI speeds mid-game.

Instead, the bigger loss for me is the Viper’s rubbery side grips. This helped to give my fingers and thumb a bit of extra purchase when I was swishing it to and fro across my mouse mat, but the Viper Mini only has plain plastic sides. Perhaps Razer thought it unnecessary given its smaller dimensions means it’s easier to grip in the first place, but from a comfort perspective it just isn’t quite as enjoyable to use over longer periods of time. 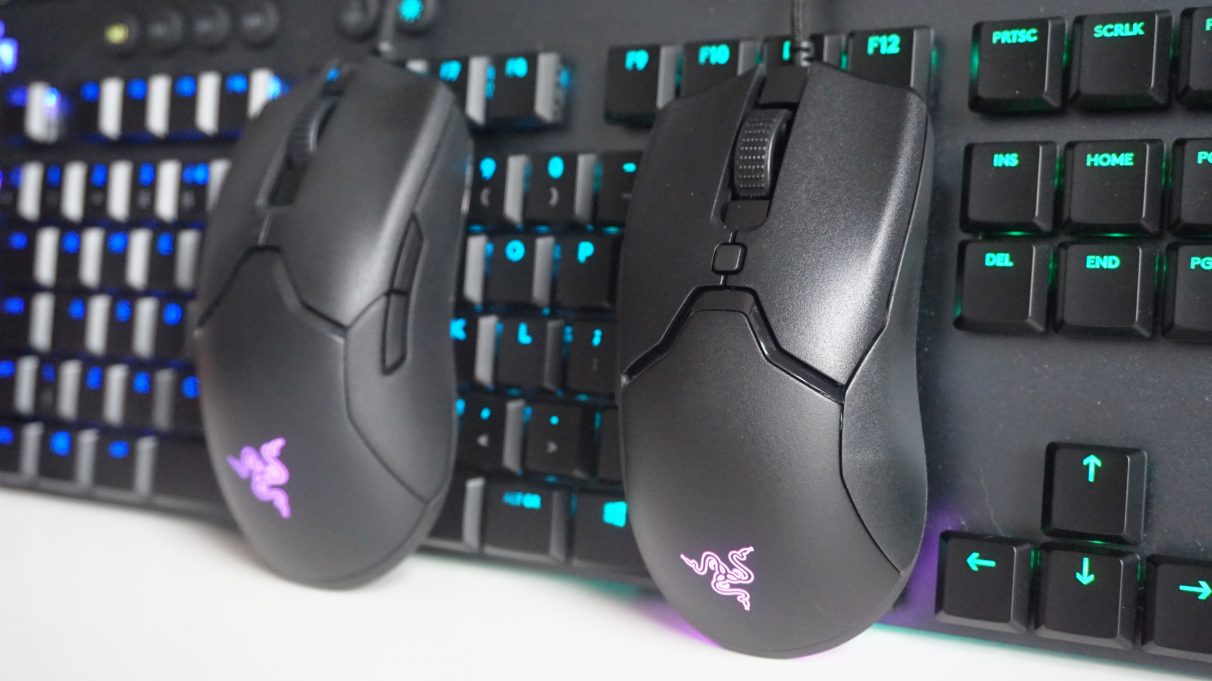 However, when you take into account that the Viper Mini costs just £40 / $40 as opposed to £80 / $80 like the original Viper, its various downgrades start to become a lot more palatable. It’s still a shame that it’s not ambidextrous anymore, but at that price, I don’t really mind so much about the lack of side grips or its slightly slower sensor. I do wonder, though, whose hands will actually be small enough to make the most of it. If even I think it’s a bit on the small side, then you’ll probably need truly child-sized hands for it to stay comfortable over long gaming sessions.

It is cheap for an ultralight gaming mouse, but when the comfier (and even lighter) Glorious Model O- is currently around the same price in the UK (£42) and only another $10 over in the US ($50), I think most people would be better off plumbing for that instead of the Viper Mini. Heck, you might prefer the Viper Mini simply because its chassis isn’t full of potentially dust-riddled holes (not that I’ve ever had any problems with it), in which case knock yourself out. For my money, though, the Glorious Model O- remains my best mouse for small hands pick, even if it is bit wider round the old girth than its Razer rival.