There are many ways to lose quest progress in Sea Of Thieves, whether it be an attack by the kraken or fellow pirates, but a bug is definitely the biggest bummer way to go home empty-handed. There’s a nasty new respawning bug that can set you back hours in the final Tall Tale quest in the Shores Of Gold story. Rare are aware of the issue, but it might be best to steer clear of that particular adventure until it’s definitely solved.

The very last quest in the Shores Of Gold story is a Tall Tale by the same name. Shores Of Gold will take you to the northeast-most corner of the game map to complete multiple hours of puzzles, fights, and traps with your crew. The final fight against The Gold Hoarder is where this nasty bug can really knock you down a peg. If you die during your fight with the treasure-hoarding skeleton lord, there’s a chance that instead of respawning inside the same room you’ll be teleported to an entirely different area—the catacombs for the newly-added Hearts Of Fire quest. You won’t immediately fail Shores of Gold, but you could very well be stuck without a way to return to The Gold Hoarder’s chamber and be forced to abandon the Voyage.

Needless to say, losing several hours on one of Sea of Theives’ tricky Tall Tale quests is a big bummer. My crewmate and I managed to get ourselves back into the boss fight simply by being stubborn enough to kill ourselves in nearby pools of lava until the game relented and spawned us back where we were meant to be. Some other pirates say that repeatedly dying solved the problem for them, but others weren’t as lucky. 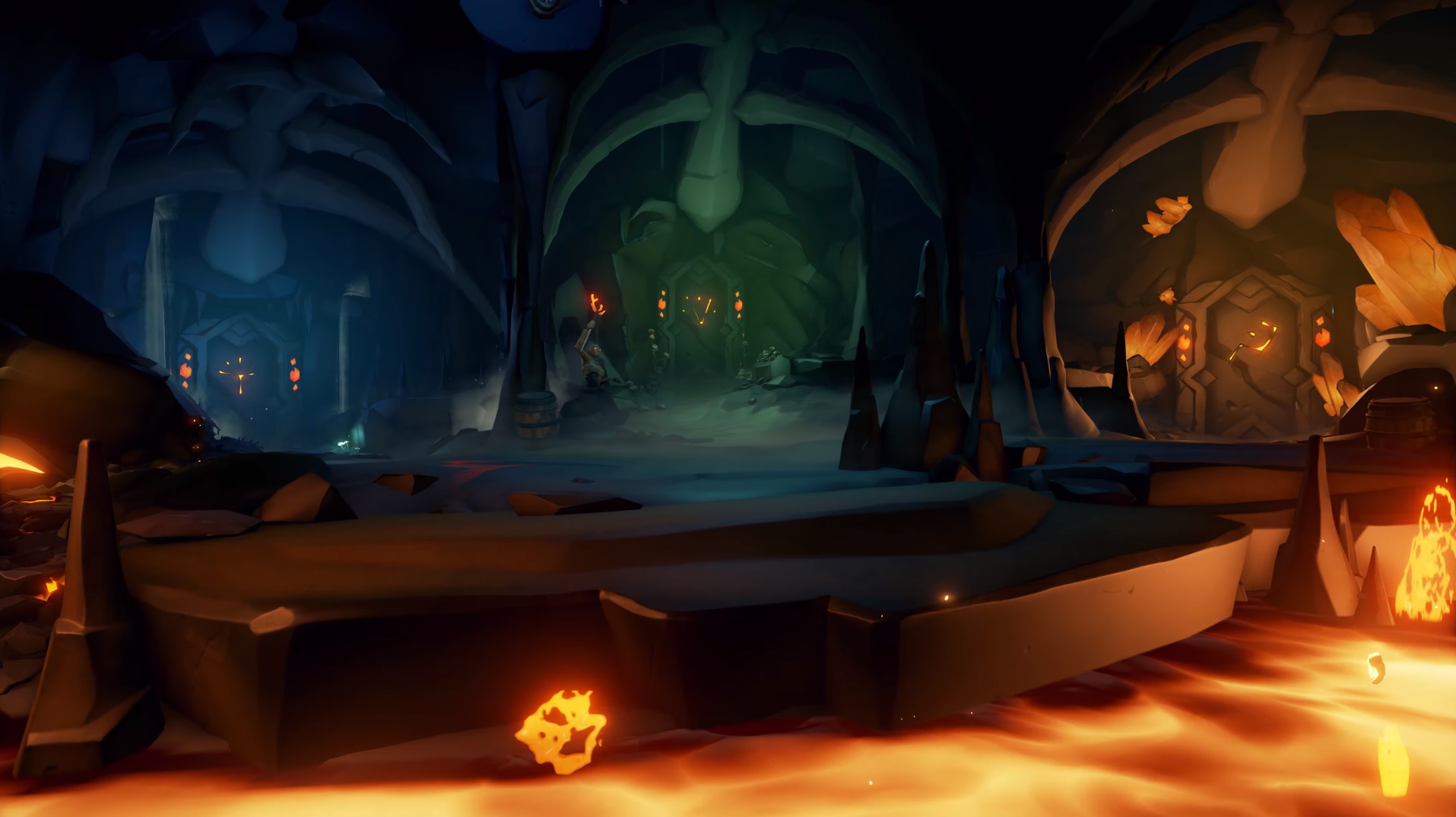 If you die to The Gold Hoarder and wake up here, I’ve got bad news for you.

I’ve got pretty good luck when it comes to bugs in games. I don’t think I’ve ever had a corrupted save file, experienced any irreparable character setback, or had nearly as much trouble with Red Dead Redemption 2 bugs as my posse-mates. Given that I personally experienced this particular bug (and Reddit comments by many other pirates) I get the feeling it’s pretty widespread. Beyond being widely-experienced, the potential for so much lost time and effort makes it a real doozy.

Rare are aware of the issue and are tracking it on the Sea Of Thieves support site but the issue has remained open since last week. I’m sure Rare will have things ship shape before long but in the meantime, maybe put off putting a pin in Shores Of Gold.

Bugs and all, it’s still one of the best pirate games on PC.