Now streaming live:
Have You Read… is Matthew’s attempt to hijack a more established RPS feature because he couldn’t think of another idea for this supporter post. You get one, on this day, and never have to worry about it again. Phew.

One of the best games I played last year wasn’t even a game, but a book. Murder in the Crooked House is a Japanese murder mystery by Soji Shimada, often referred to as the ‘God of Mystery’. As nicknames go, that’s pretty enviable. As books go, his are fairly interactive, clearly acknowledging that a game is being played between him and you. There always comes a point in his stories where he issues the ‘Challenge to the reader’, breaking the fourth wall with a simple message: ‘The clues are all there. Can you solve the case?’ The answer, in my case, is inevitably no.

Shimada’s style is to pack the preceding pages with specific details – times, dimensions, weights, etc – giving you a vast pile of facts to combine into technically-minded solutions. Motives are suggested, briefly, but the emphasis is on the how rather than the why. The meat of the book, then, is all the gathered characters debating how the murder was done, getting so carried away in their excited hypothesising that they tend to forget that one of their number is the horrible killer in question. It’s a quirk you overlook because you’re having so much fun trying to solve it alongside them.

Shimada is only one of many brilliant Japanese crime writers in translation today – a group that accounts for the majority of my reading for the last few years. As I’ve had so much fun discovering this stuff, I thought I’d offer a quick rundown of books I think you might enjoy, too. Especially with self-isolating on the rise, I thought now would be a good time to share this list.

Soji Shimada: aforementioned god of mystery, key advocate of the ‘Honkaku’ style – intensely logic driven conundrums that will either make you feel like a dumbass or a Holmesian super genius. Only two in translation: The Tokyo Zodiac Murders and Murder in the Crooked House. The former is the story that made his name, but I prefer the nuts and bolts of the latter.

Quite similar to Shimada (but predating him by some time) is Seishi Yokomizo, who was only recently published in the UK for the first time. Both The Honjin Murders and The Inugami Curse are great. The former is a particularly delicious locked room room: a couple found slain in a locked house, surrounded by unbroken snow and somehow signalled by a mystery strum of a koto. 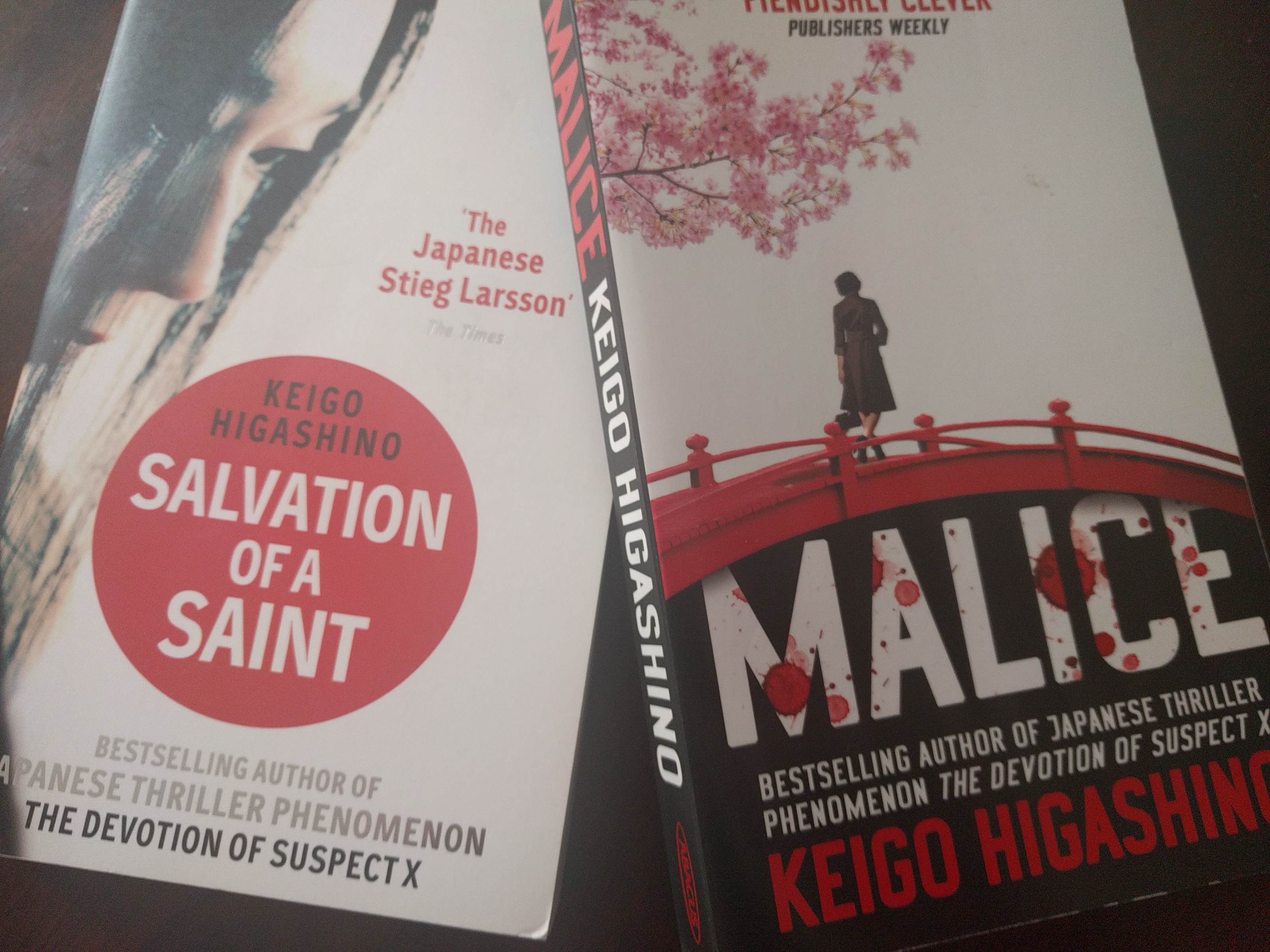 Keigo Higashino is my personal crime hero, taking similarly improbable crimes to Shimada, but marrying them to a more traditional thriller style. The Devotion of Suspect X and Salvation of a Saint are his best known – both part of the Detective Galileo series, which is basically ‘what if Jonathan Creek, but with a physics professor instead of a magician’. Higashino’s books inspired the creator of the Danganronpa games – you’ll definitely see the similarities. I also recommend his excellent Malice (you never knew a plagiarism case could be this exciting), and Journey Under The Midnight Sun, which is a sprawling epic that somehow combines murder, property development and pirated Nintendo games. Wonderful!

Hideo Yokohama’s Six Four is one of those phenomenon blockbusters that gets brought over to the UK and called ‘the Japanese Stieg Larsson’, even though it is naff all like Stieg Larsson. This one is a kidnapping drama told through the harried eyes of the police press department. Packed full of lived in detail – Yokohama was a journalist for many years – it’s a fantastic mash-up of PR procedural and sinister conspiracies. His follow-up, Seventeen, isn’t crime-related, but was my favourite book of 2018: it’s about a local newspaper in the week following an airplane disaster. If you’re sick and tired of syrupy films about noble journalists nailing the epic scoop, this is a refreshing blast of dismal reality. 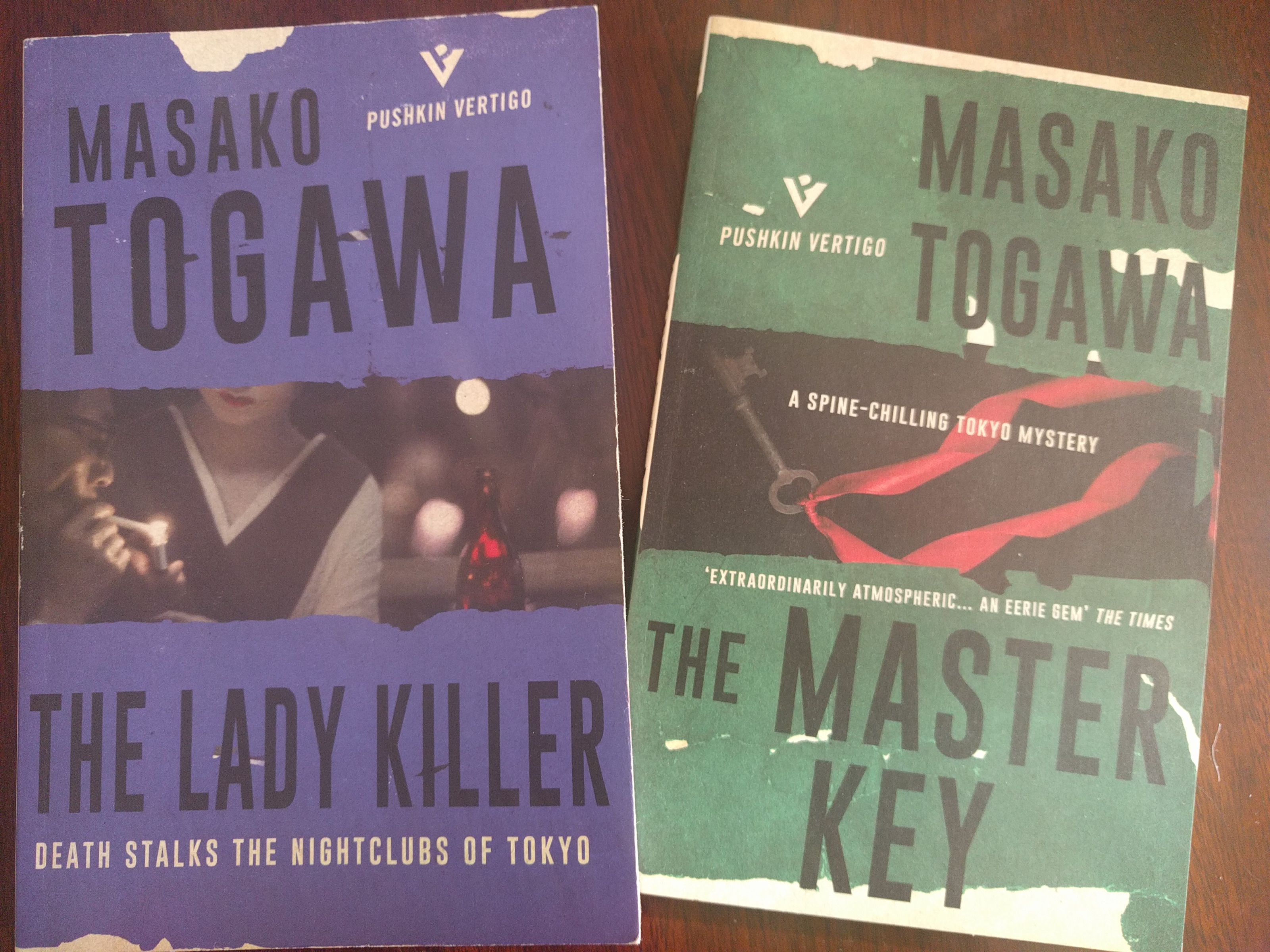 The brilliant Masako Togawa writes strange, swirling mysteries with strong female characters. The Lady Killer is a grim tale of philanderers, but it was The Master Key that blew me away – a series of short intersecting stories set in a women-only apartment block, that plays out like Pulp Fiction meets Fargo meets The Golden Girls. Man alive, they should really let me write the cover blurb for these things.

For something more traditional – the more ‘social realist’ crime novel that Shimada is rallying against with his Honkaku style – try Seicho Matsumoto’s Inspector Imanishi Investigates. A super chilled mooch around Tokyo’s nightclubs and bars with a haiku-spouting detective. 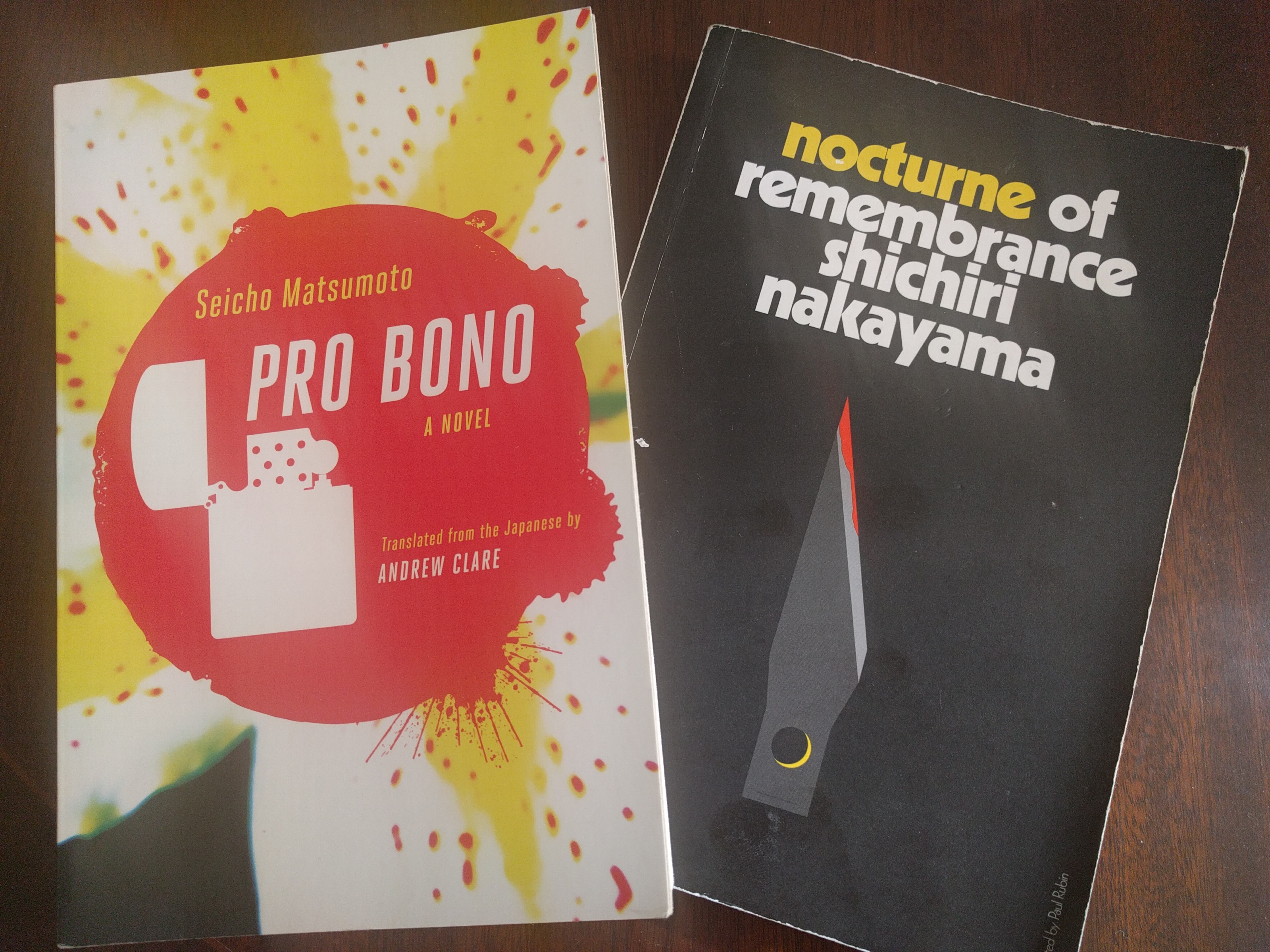 Fans of Ace Attorney looking to sample the legal life should A) prepare themselves for fewer laughs, and B) read Seicho Matsumoto’s Pro Bono or Shichiri Nakayama’s Nocturne of Remembrance. Both are about slightly unpleasant, compromised attorneys, but it’s quite funny how much disdain both authors appear to have for their protagonist’s professions.

There are several writers I’ve only found on ebooks (I read them on Kindle). Most of them are locked room crimes in the Shimada style (some of them have introductions from him, as he sprinkles his mystery god-dust on them). I had a great time with The Moai Island Puzzle (Alice Arisugawa), The Decagon House Murders (Yukito Ayatsuji) and the short story collection, The Ginza Ghost (Keikichi Osaka).

More recently, I enjoyed A Cop’s Eyes, which is a meandering selection of short stories that slowly paint a picture of their ambling cop protagonist, and Riku Onda’s The Aosawa Murders, which uses a similar episodic device – a series of accounts about a infamous poisoning – to build up to a horrible truth.

Last, but not least, a quick shout out to Natsuo Kirino’s thrillers. Not mysteries in the slightest, but I doubt you’ll find a more urgent page-turner than Out – the tale of what happens when put upon lunchbox packers turn their hands to a more dubious line of work. I’ve given it about ten different people for Christmas/birthdays and yet to hear a complaint.

Yikes. This turned into a longer list than I hoped. Hopefully there’s something there of value. And please, do add any suggestions of your own to the comments if you have them. My hunger for this stuff is insatiable.

This post was funded by the RPS Supporter Program