Many people believe that Minecraft shaders force you to choose between a prettier Minecraft and a faster, smoother Minecraft. And that’s true, to a certain extent; but there’s a wide range of Minecraft shaders out there nowadays, and they occupy the whole spectrum when it comes to performance and optimisation.

We’ve done our best to cover this spectrum with our list of the very best Minecraft shaders. Some of these shaders admittedly will require beastly rigs to run, but others are lightweight and customisable enough that you can join in on the shadery fun even on the lowliest of toasters.

Before we go any further: unfortunately there is not yet any support for shaders in Minecraft 1.15. The reason for this is that all shaders make use of Optifine (see below), and Optifine hasn’t yet been updated to version 1.15.

And before you ask: yes, you can download the preview unstable build for Optifine 1.15.2, but it does not support shaders. So if you want shaders, you’ll need to content yourself with Minecraft 1.14 for the time being.

Below we’ve picked out eight of the very best Minecraft shaders that we’ve found, trying them out in a range of different situations, paying attention not only to how good they make Minecraft look but also how performance-efficient and customisable each shader pack is. And yes – every single one of the below shaders is compatible with Minecraft 1.14.4, so you’ve no excuse not to try them out!

How to install Minecraft shaders for 1.14

If you’re after more information on a different area of Minecraft, why not head over to one of our other guide pages?

It’s amazingly easy nowadays to install a new Minecraft shaders mod; you can even do it with Minecraft still running. Before we get to the shaders themselves, I’ll quickly show you how to get started with them.

Now for the shaders themselves. With each of the shaders below, I’ve included a link to the site and page where you can download them. They’ll each download as a compressed ZIP folder – but you don’t need to unzip it. Simply navigate to the following folder:

Then copy/paste the ZIP folder straight into the shaderpacks folder.

And that’s it! You can now go back into Minecraft, and under Video Settings you can click on Shaders to bring up the shaders selection screen (and the customisation options for each individual shader pack in the bottom-right corner). It’s as simple as that.

Now let’s talk about some of the best and most beautiful Minecraft shaders that we’ve ever laid eyes on. 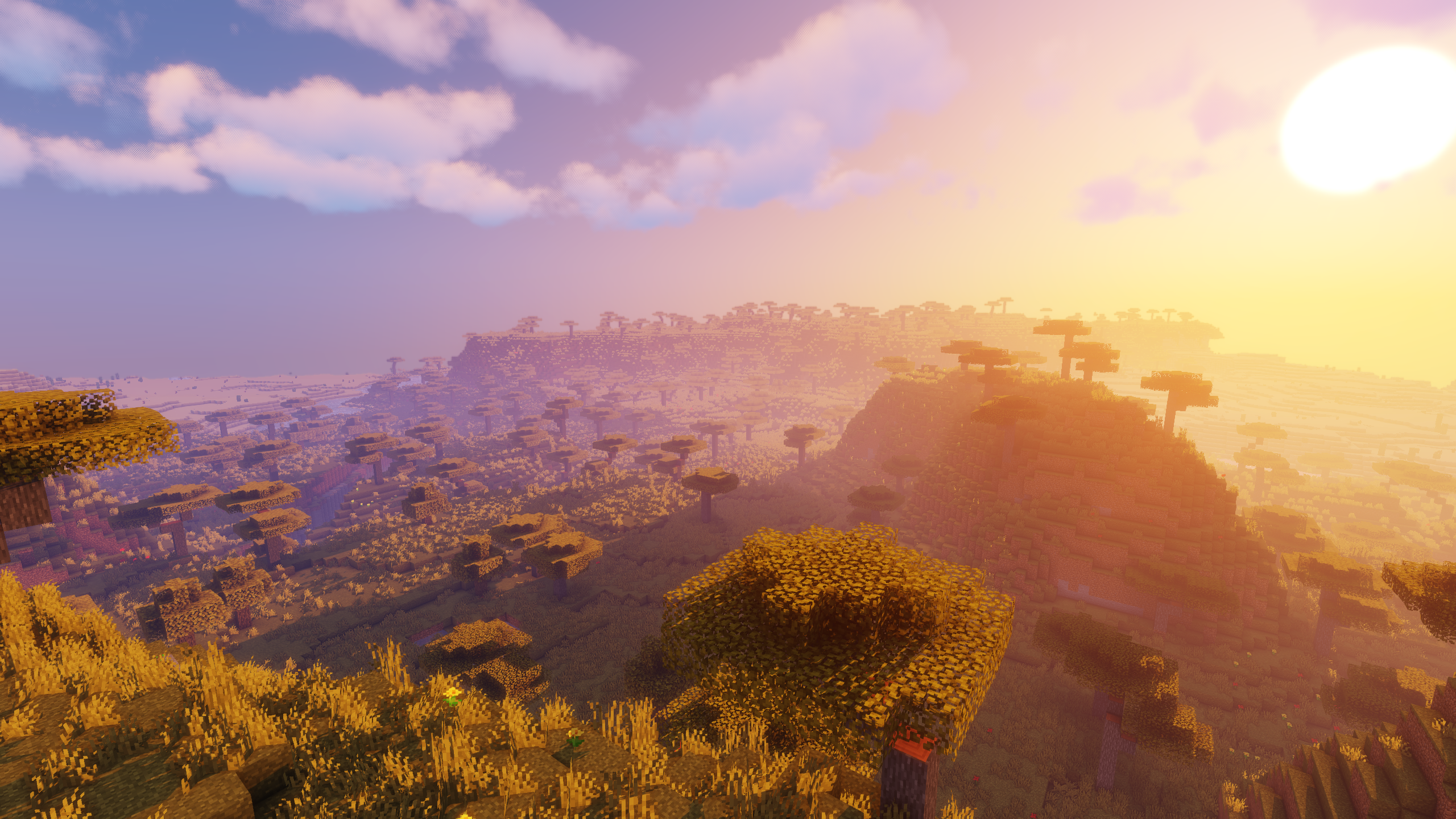 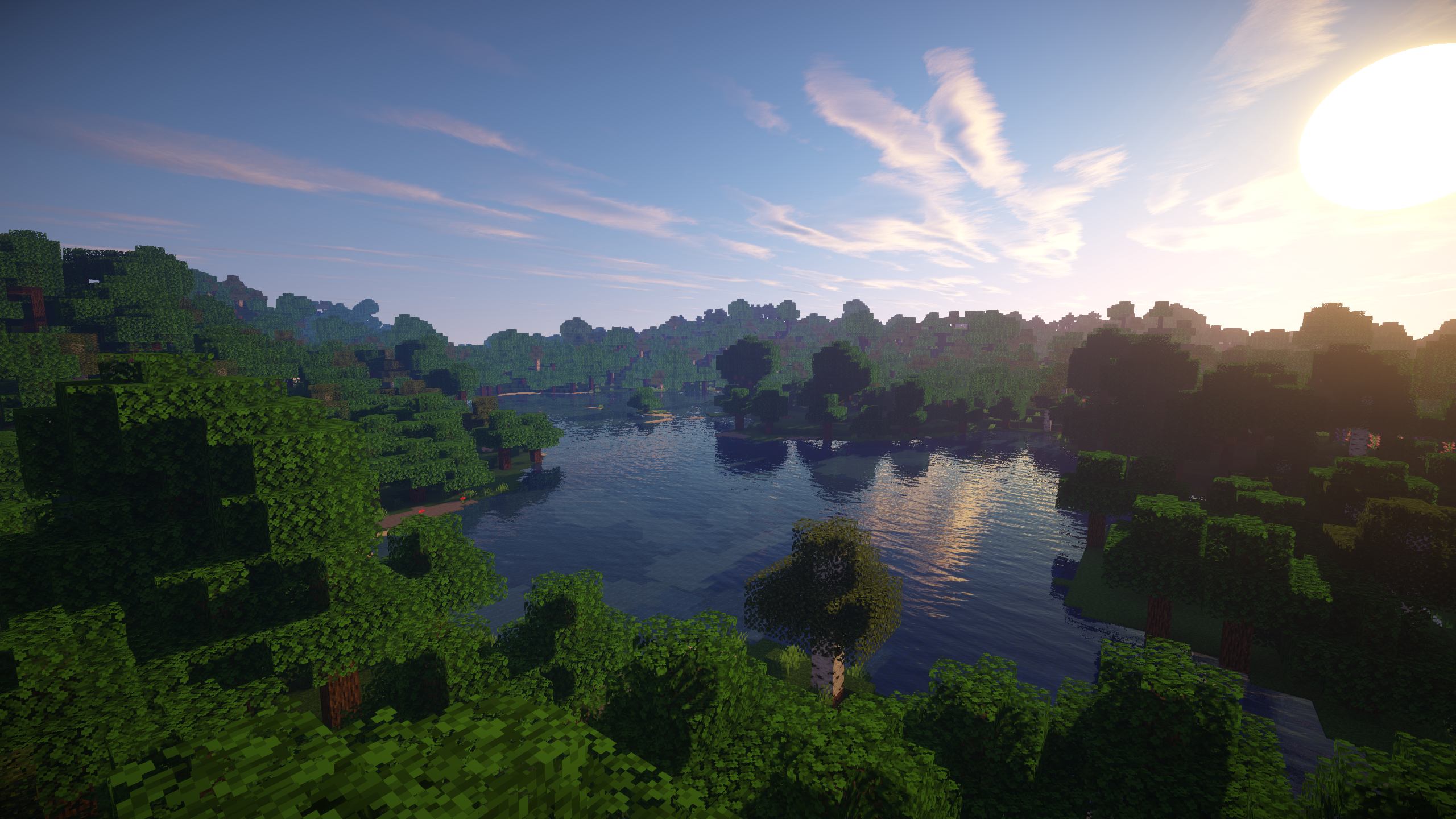 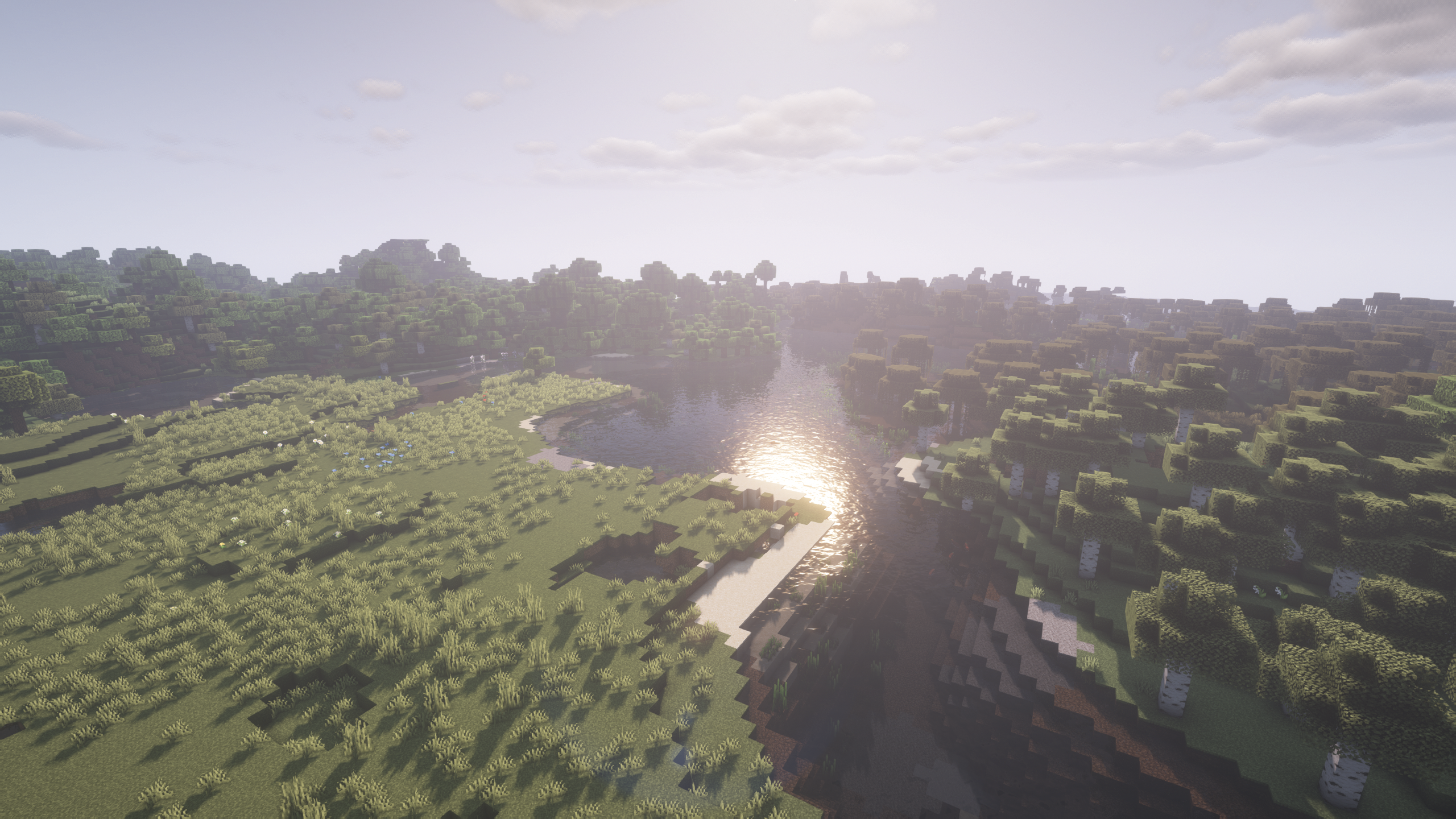 BSL Shaders in action. Click to view at full resolution.

Good lord, BSL Shaders are beautiful. Like, really beautiful. In fact, when all’s said and done, I think this is the shader pack that I’d go back to for my own survival world. Everything included here, from the amazing depth of field effects to the crisp lighting, the beautiful water reflections, and the fluffy far-off clouds utterly transport you to a place that you could almost imagine to be Minecraft 2.0.

You might expect that such stonking pulchritude comes at the cost of lower frames, but… no, not really. It actually runs a little better for me on my (high-end) rig than SEUS did, though perhaps not quite as smoothly as Sildur’s. But the fact that Minecraft can look this good and still run at a decent 60 FPS on a good rig just blows my mind. 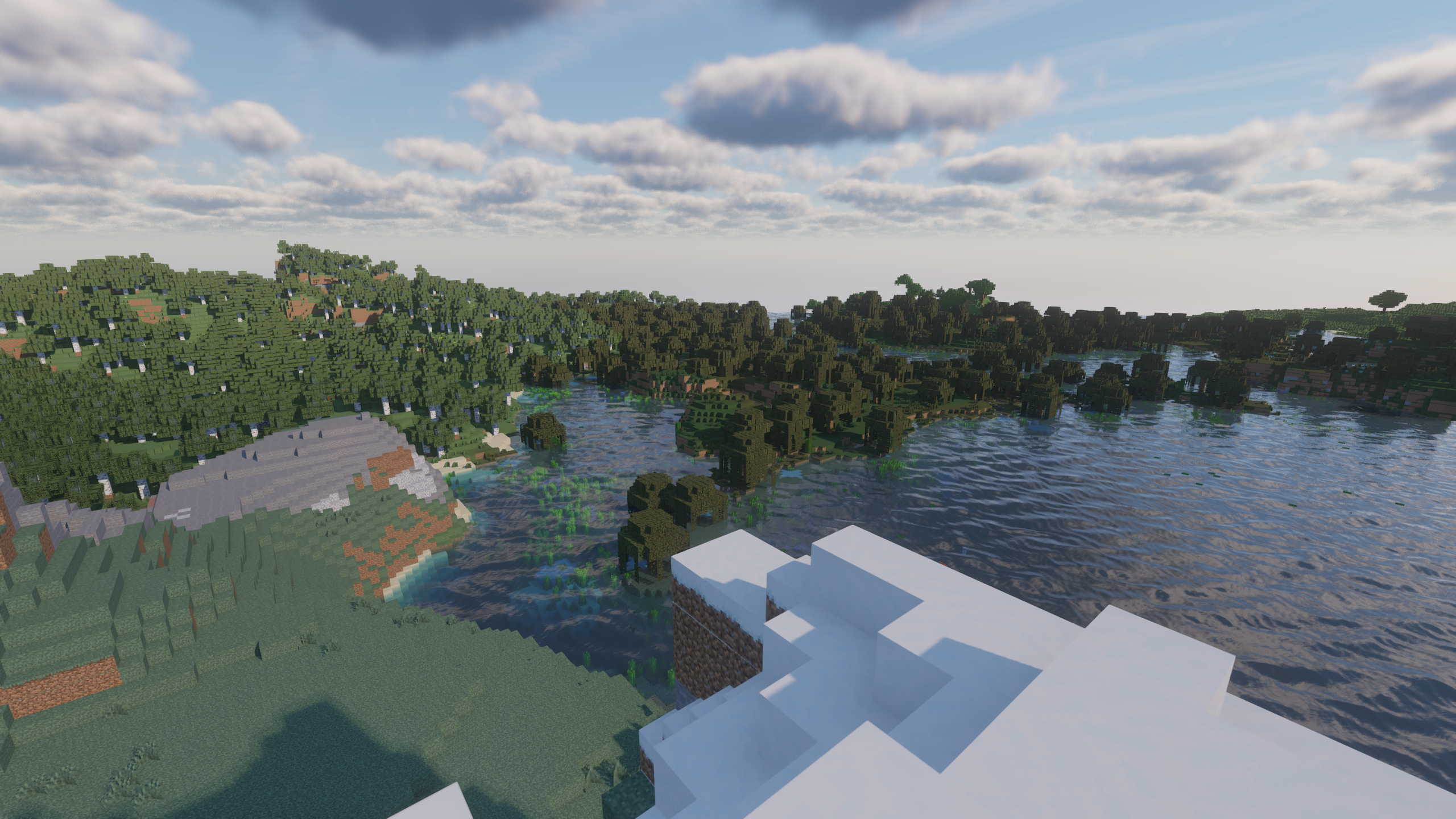 Right, here’s the thing about Continuum Shaders. I just waxed lyrical about the stupendous beauty of BSL Shaders, but Continuum Shaders just knocks any other on this list out of the park. Just look at that screenshot. Seriously, click on it and view it at full 2k resolution. Continuum puts a lot of emphasis on its authentic lighting effects, and it shows.

But – and it’s a big but – in terms of optimisation, Continuum falls flat on its face compared to many other Minecraft shaders out there. The way I’d put it to you is this: if you want an amazingly good-looking screenshot that makes your Minecraft world look like it came out of a world-class animation studio, Continuum is what you should use. If you’re after a shader pack that looks amazing in motion and allows you to get on with a spot of building or mining or fighting, then maybe you should give this one a pass. While still appreciating its beauty, of course. I mean seriously, look at that screenshot. I can’t get over it. That’s the best-looking Minecraft screenshot I’ve ever seen. 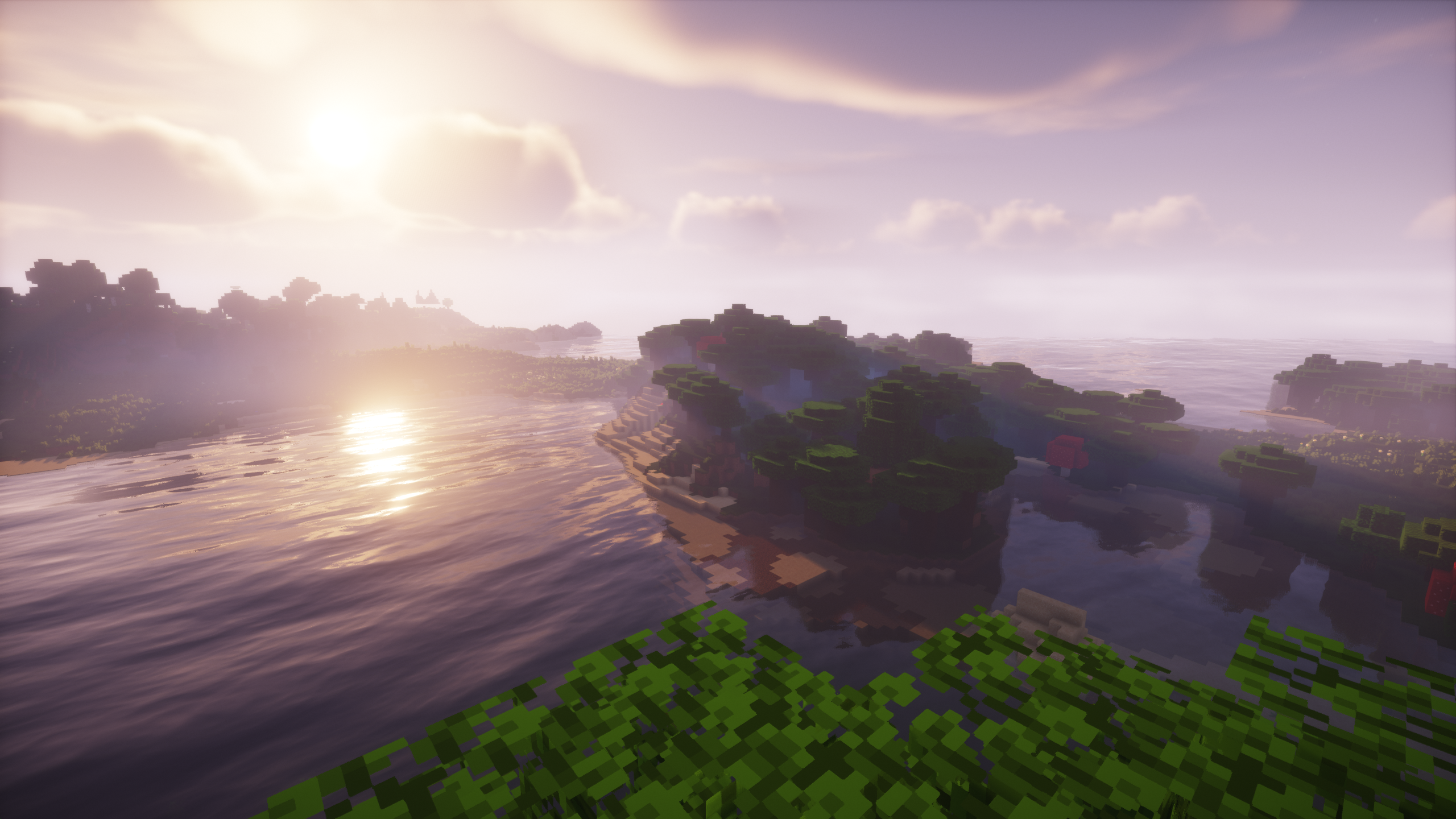 Chocapic13’s Shaders in action. Click to view at full resolution.

Here’s another classic shader pack whose name might be familiar even if you’ve never used Minecraft shaders in your life. The venerable Chocapic13’s Shaders pack still stands up today as one of the best options available for 1.14, thanks to its vibrant but pared-back style and its ability to run on a great deal of different rigs without too much trouble. 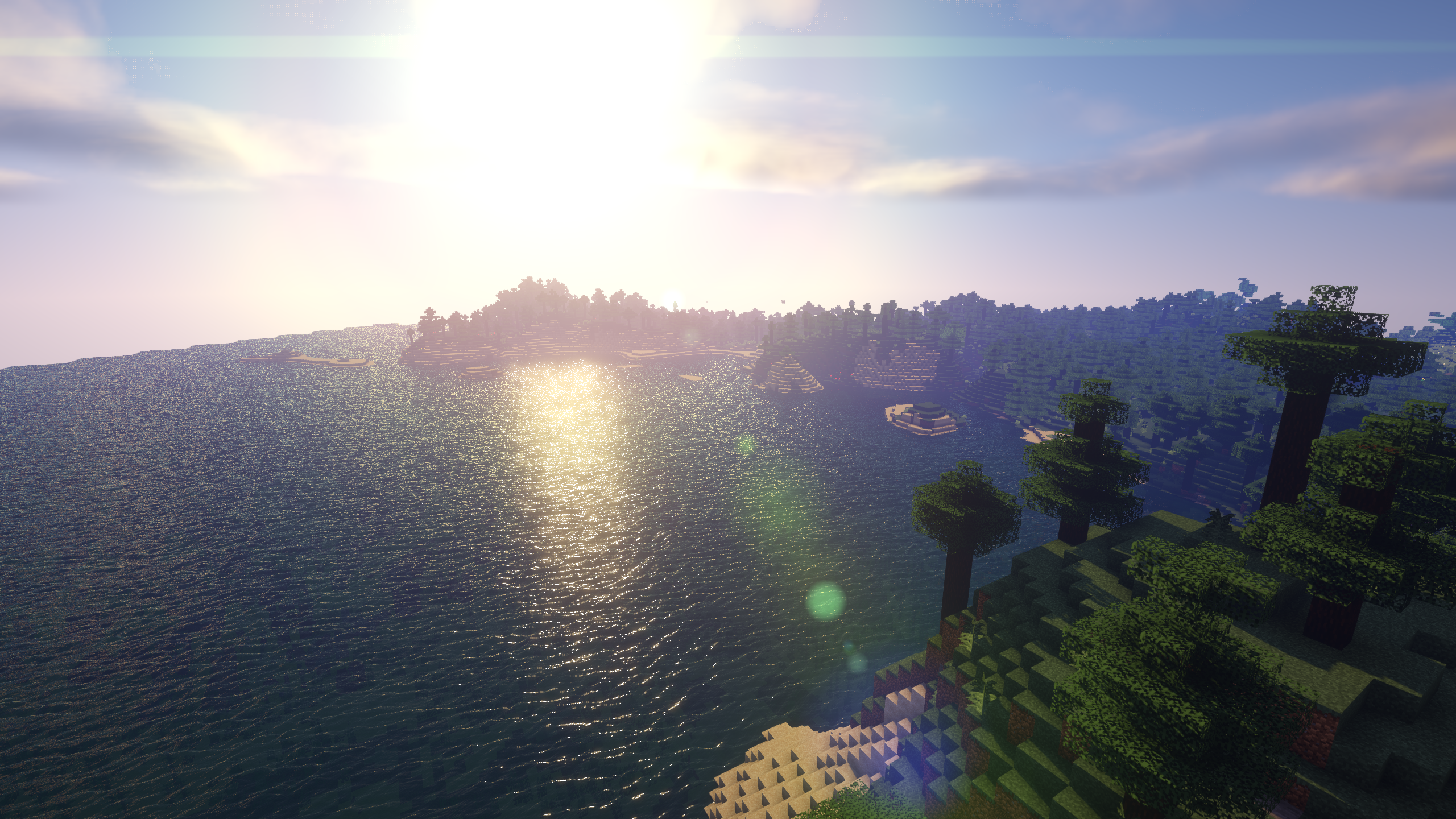 Beyond Belief Shaders in action. Click to view at full resolution.

Download the latest version of Beyond Belief Shaders here. 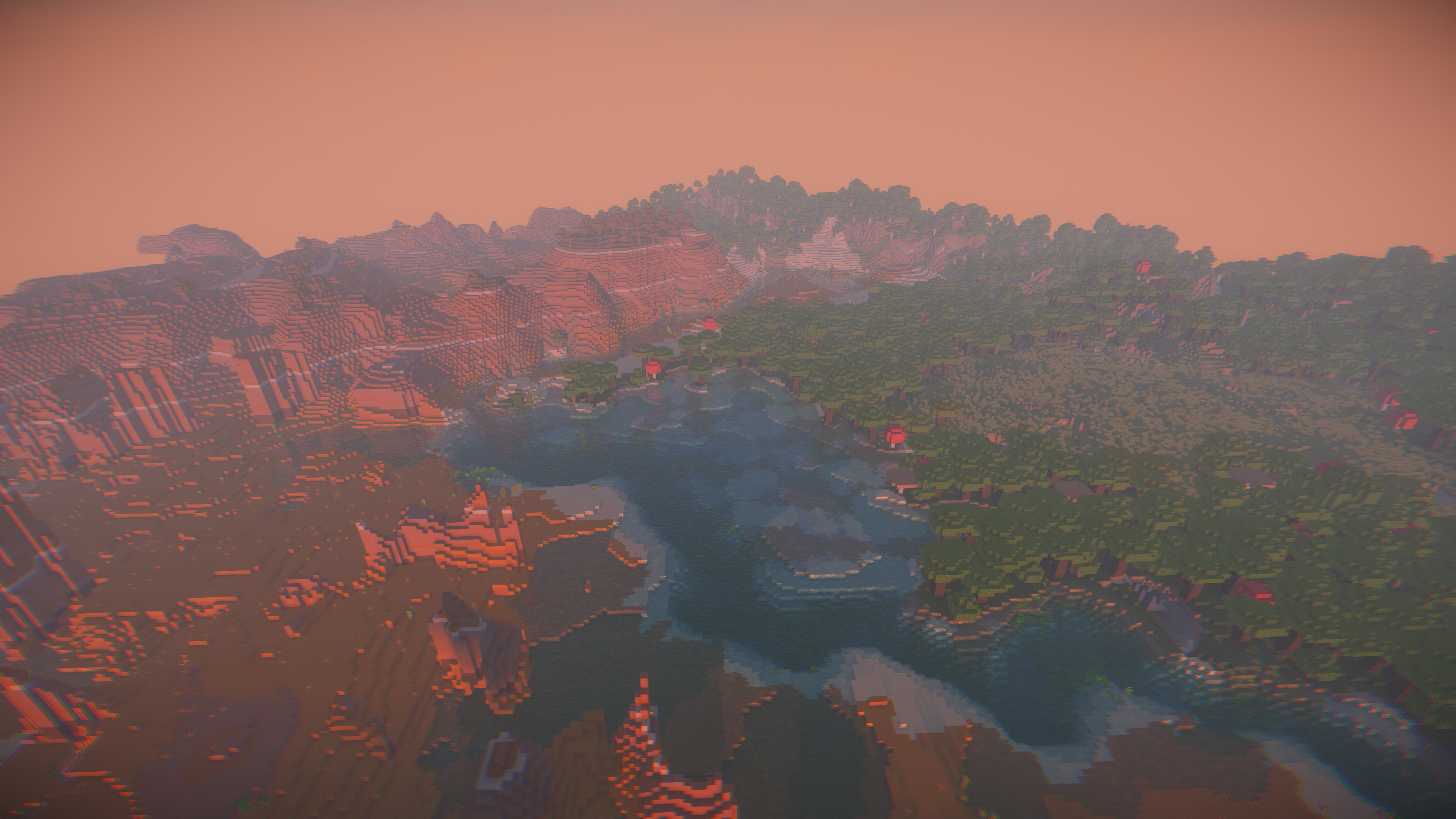 KUDA Shaders in action. Click to view at full resolution. 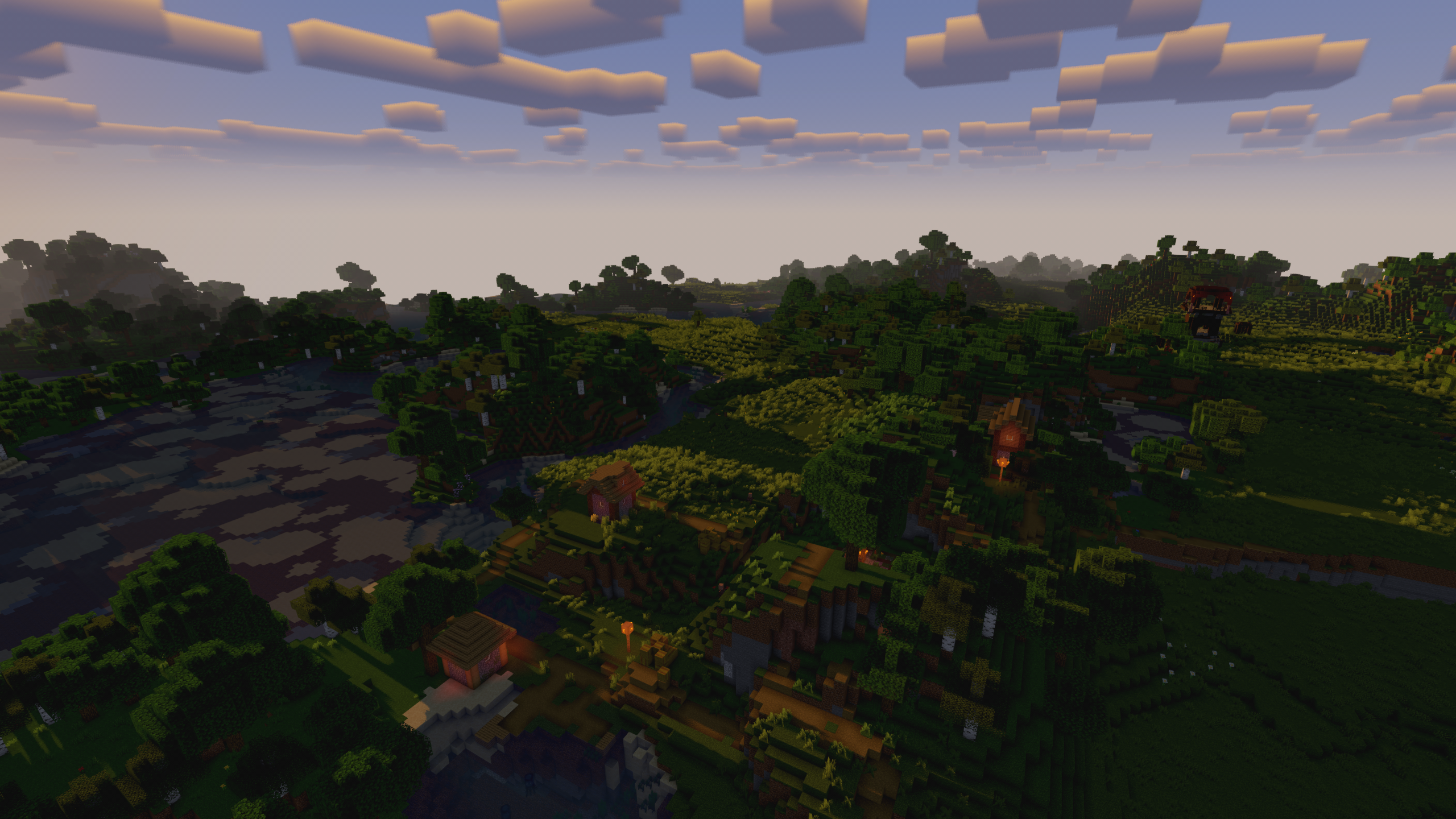 Vanilla Plus Shaders in action. Click to view at full resolution.

Did I leave the best ’til last with Vanilla Plus Shaders? That depends on what you’re after. Obviously shaders like Continuum or BSL or Beyond Belief look more impressive from a technical standpoint. But Vanilla Plus never set out to apply all those flashy bells and whistles. What Vanilla Plus aims to do is give you a high-quality, elegant Minecraft graphics makeover while staying as true as possible to vanilla Minecraft. And this it does with outstanding success.

This is what Minecraft should look like all the time, right out of the gate, the first time you load it up. You’d be forgiven for looking at the above screenshot after a long while spent away from Minecraft, and not realising this was a shader pack, but instead saying to yourself, “my god, I forgot how good Minecraft looks sometimes.” What’s more, this is probably the lightest-weight and best-optimised shader pack of any on this list, beating out even Sildur’s in this regard (though of course not matching Sildur’s incredible variety of customisation options). I think I spent about 10 minutes longer wondering about the world on Vanilla Plus Shaders than I did with any other shader pack, because I was just so impressed with how good it made Minecraft look, without losing the charm and nostalgic feel of plain-old vanilla Minecraft.

Download the latest version of Vanilla Plus Shaders here.

And with that, I’ll conclude this guide to the best Minecraft shaders out there for 1.14. The above eight shader packs cover the entire spectrum in terms of looks, customisation options, and performance impact – so hopefully you’ve found the shaders mod for you. But that’s not all! If you’re looking for a spectacular vista to combine with your newfound shader pack, then why not check out our list of best Best Minecraft seeds 1.15 for 1.14?

12 Minecraft house ideas to inspire your next Minecraft build