Some missions in Doom Eternal have a large number of collectables, but Taras Nabad has some real stinkers that are really tricky to locate. They can be behind switches hidden quite far from where the actual collectable is. After what felt like hours, I’ve put together a list of where to find them.

This mission of Doom Eternal has a whopping 25 collectable secrets to be found. This is the last mission with a Slayer Key, but there are plenty of other encounters and items to find along the way.

As always, it’s worth noting that at the end of the level, you’ll unlock the ability to Fast Travel to specific points in the level. If you miss any collectables, that will be the time to find them unhindered. The Automap here is found on the main route so shouldn’t be too hard to find.

Here are all of the locations for every hidden secret in the ninth mission.

The reason why I have dedicated an entire section to finding this toy is because it requires a visual aid to know exactly where to punch. I recommend attempting getting this toy when fast travel is enabled. Go to the Throne Room checkpoint and progress until you find the well going downwards. Go clockwise and use the gap after passing the first mossy knight statue on your right. 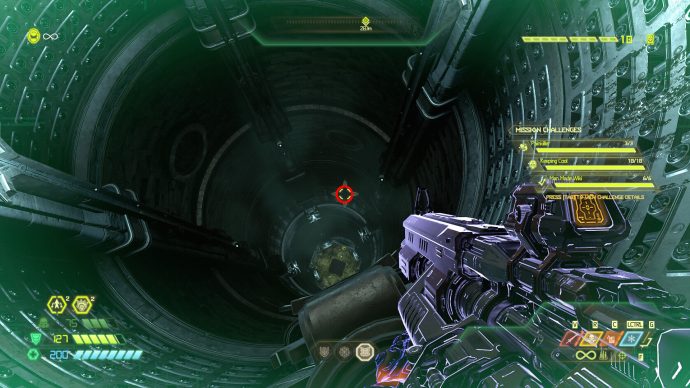 The red circle shows how far down the punchable wall is.

From that point on, look at the automap and angle it so that you’re looking down. The easiest way to spot it is to drop slightly onto the top of the girders, as seen in the picture above. If you use the Precision Rifle to zoom in, you won’t be able to make out the wall you need to hit, but you can at least get an idea of how far down it is. 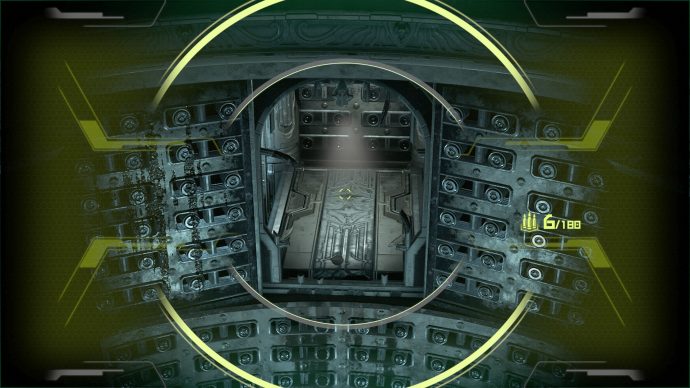 This is what you need to punch. It will just be a standard wall to punch if you haven’t already broken it.

The area you need to punch is where the metal part begins, just before the second set of lights. If you angle so you’re above the radiation icon, then you’re roughly in the right place. Hug the wall and just before you get to the second lights, punch the wall. If you did it right, you’ll stop abruptly as you’ll have landed on the secret area.

Collect the toy and never worry about doing this ever again. This will take several attempts. For me, it took at least two dozen attempts to not only find it, but get the timing right. Hopefully it won’t take you anywhere near as long to crack it open. 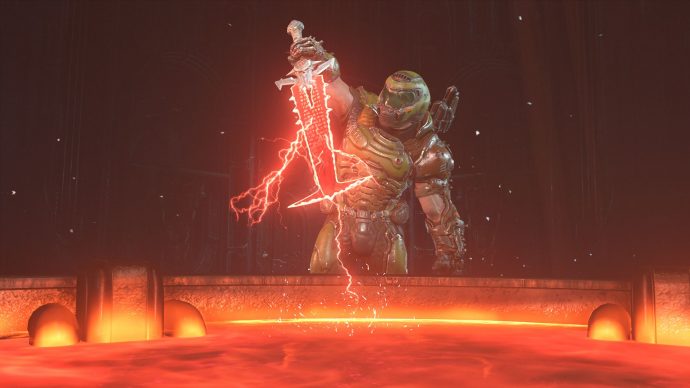 With the sword obtained, it’s off to Nekravol. The next few missions are rather long but have nowhere near as many collectables. We’ll explain where to find the collectables for both parts of Nekravol, and all the other collectables in Doom Eternal in the following guides: