There have been more and more portable SSDs supporting the new USB 3.2 Gen 2 standard cropping up over the last couple of months. First, we had the Samsung T7 Touch, the latest, touch sensor-secured successor to the Samsung T5. Then there was Crucial’s X8, which was a smidge faster than the T7 Touch and cheaper to boot. Now, WD’s Black P50 has finally landed on my desk. Clad in the same tough, corrugated shipping container-like casing as WD’s Black P10 external HDD, the P50 certainly looks the part of a high-end, no-nonsense portable SSD drive, but does it have the speed to match? Here’s wot I think.

Technically, the WD Black P50 is a bit fancier than its Samsung and Crucial rivals, as it actually supports the even newer USB 3.2 Gen 2×2 standard, rather than just the regular USB 3.2 Gen 2 speed. What’s the difference, I hear you ask? Well, whereas the normal Gen 2 supports up to 10 Gbit/s, Gen 2×2 doubles that to a maximum of 20 Gbit/s. To put that in friendlier, MB/s terms, WD claim the P50 can deliver up to a whopping 1980MB/s, making it twice as fast as current USB 3.1 devices.

You do, of course, need a PC motherboard or laptop that supports the USB 3.2 Gen 2×2 standard in order to get the best from the WD Black P50, but right now that’s limited to a very select number of them, so it’s likely you won’t be able to make full use of WD’s new drive until you next upgrade. Indeed, my late 2018 Dell XPS 15 laptop and the Asus Prime Z370-P motherboard inside my PC still only have USB 3.1 ports, for example, so even my testing won’t be able to paint the full picture of what the Black P50 is really capable of. The Black P50 is backwards compatible with older USB standards as well, but its transfer speeds will be naturally limited by their respective bandwidth capabilities. 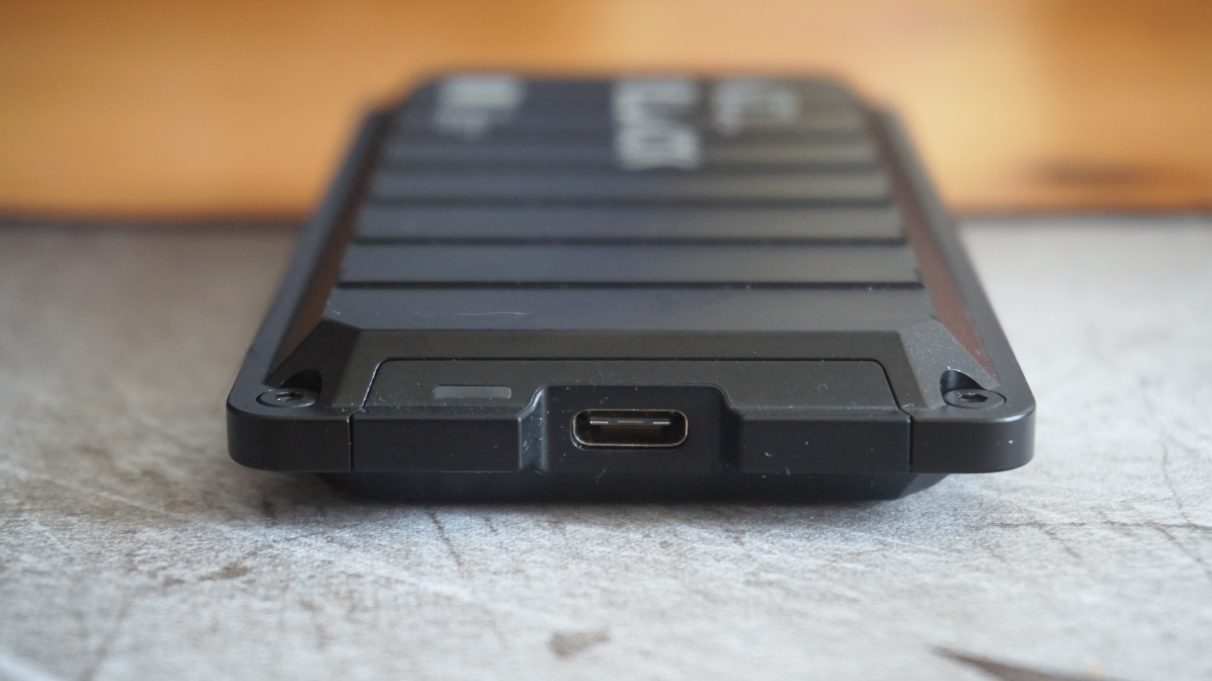 So, is it worth shelling out for the WD Black P50 now to make sure you’ve got the best future-proofing possible, or are you actually better off plumbing for a USB 3.1 device like the Samsung T5? Price-wise, the WD Black P50 is quite a tough ask. At time of writing, it’s one of the most expensive portable SSDs you can buy right now, with its 500GB model going for £150 / $165, and its 1TB version setting you back an even more extortionate £240 / $250. There’s also a 2TB model that costs a whopping £400 / $500.

It wouldn’t be so bad if the WD Black P50 offered a noticeably faster experience on current gen devices, but when I tested it with my Dell XPS 15 laptop and Asus Prime Z370-P motherboard, its USB 3.1 speeds were actually considerably slower than its rivals. 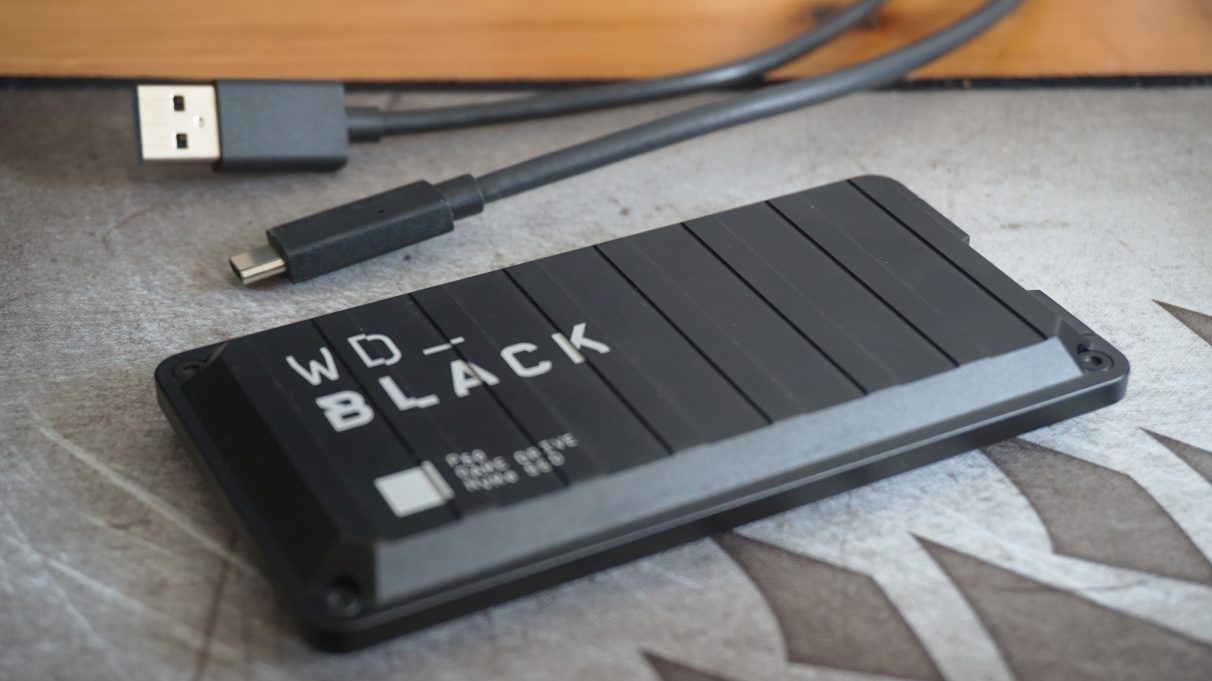 Indeed, I tested the WD Black P50 multiple times to make sure the following results were correct, and I even re-formatted the drive and tested it again to confirm. And yet, every time I ran AS SSD’s 1GB sequential and random 4K tests over its bundled USB-A cable, I got the same read and write scores. Sequentially, the WD Black P50 managed just 42MB/s read and 41MB/s write, while its random speeds were an abysmal 11MB/s read and 15MB/s write, which is pretty terrible.

The Crucial and Samsung, on the other hand, were up in the 420MB/s zone for their sequential read and write times over USB-A, while their random speeds came in at a much nippier 20MB/s read and around 37MB/s write.

The WD Black P50’s transfer speeds were dead slow when I ran AS SSD’s copy benchmark over USB-A as well. This involves transferring three different file types from my OS drive to the SSD – an ISO folder consisting of two large files, a programs folder with lots of little files, and finally a game folder that’s made up of both big and small files. I mean, the WD Black P50 was so sloth-like here that it even fell behind my results for WD’s Black P10 HDD, and I just couldn’t quite work out why it performed so badly.

Thankfully, the WD Black P50’s speeds greatly improved when I switched over to using its bundled USB-C cable, showing results that were much more in line with what I was expecting. However, they still weren’t fast enough to justify that massive price hike. Here, the WD Black P50 managed a random read speed of 19MB/s and a random write speed of 38MB/s. Both of these were a tad faster than the Samsung T7 Touch, which managed 18MB/s read and 37MB/s write, but the Crucial X8 just about held on to its lead thanks to its higher 23MB/s read speed, even though its random write speed was an identical 38MB/s. 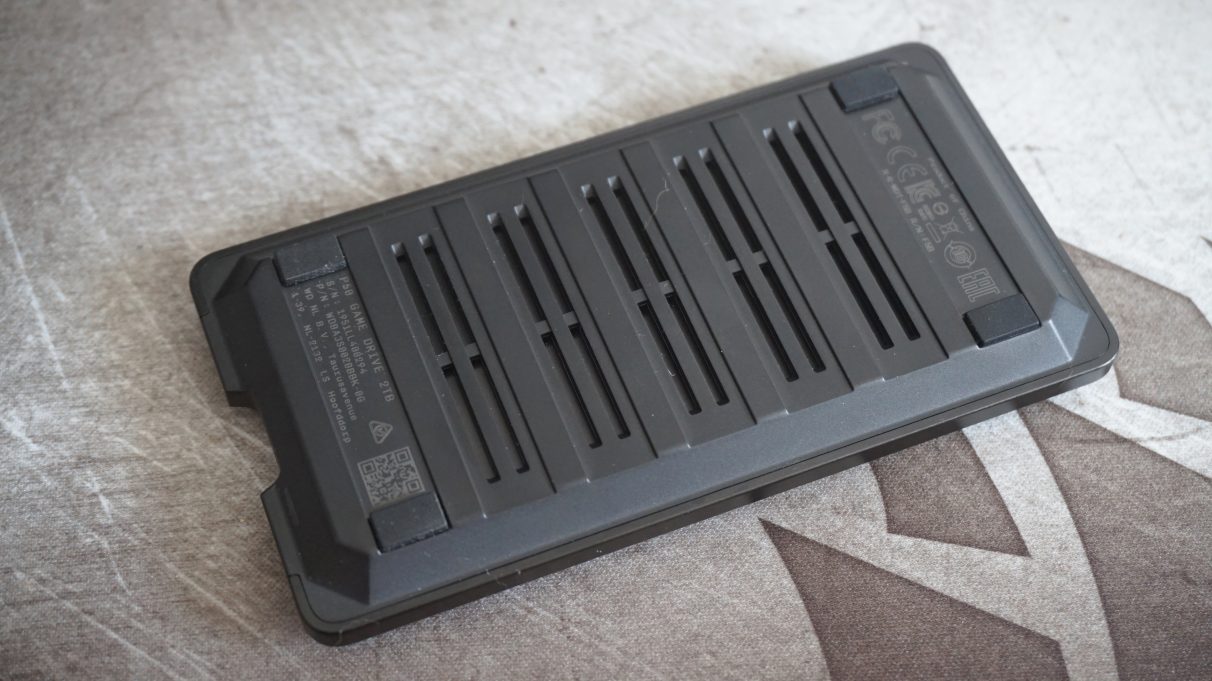 It was a similar picture when I re-ran AS SSD’s copy benchmark as well. Here, the WD Black P50 managed a transfer speed of 556MB/s for the ISO test, 155MB/s for the program test, and 398MB/s for the game folder, putting it ahead of the T7 Touch but behind the Crucial X8.

WD do, at least, give you a five year warranty with the Black P50, which is much longer than the three years you get with the Samsung and Crucial, but even that isn’t really enough to make up for the huge difference in price.

As I said before, without a proper USB 3.2 Gen 2×2 device to find out what the Black P50 is really capable of, I can only assess what you get out of it on older hardware, which right now is pretty much zero compared to the £150 / $165 1TB Crucial X8. The Samsung T5 is still the cheapest and best value option for those after a 500GB portable drive at £82 / $105 (and for those whose laptops and PCs still only have USB Type-A ports), but once you move up to 1TB, the Crucial X8 is a tough act to beat, particularly if your PC or laptop has a USB-C port.