The small snowy map of Vikendi returned to Playerunknown’s Battlegrounds with the start of Season 7 today, having been pulled from rotation in January for improvements. They’ve removed a few villages, added more cover in places, reduced the amount of snow across a lot of the island, and, most importantly, rebuilt the scrappy old Dino Park (which I did already adore) as the larger and flashier Dinoland. While you can’t ride its rusty ferris wheel or the broken rollercoaster winding around a volcano, the overhaul has added something you can ride: new trains now trundling around the map. Pleasing.

I’ve not played enough of the new Vikendi yet to get a sense of how much the changes have improved the map. Having less snow in places should make people less clearly visible. Ride the nine automated trains trundling between the 12 stations might seem a clear way to get yourself killed, but I’ve seen people largely ignore them so far so maybe they are a handy ‘covert’ way to travel – hiding in plain sight? I’ll need to play more. But one thing’s clear: Dinoland is rad. It now has a glasshouse with palms, a ferris wheel, a far more impressive (and dangerous-looking) coaster, restaurants, named mascots, and even those funny picture boards you can poke your face through (yes, your faces fit – if your pal crouches). 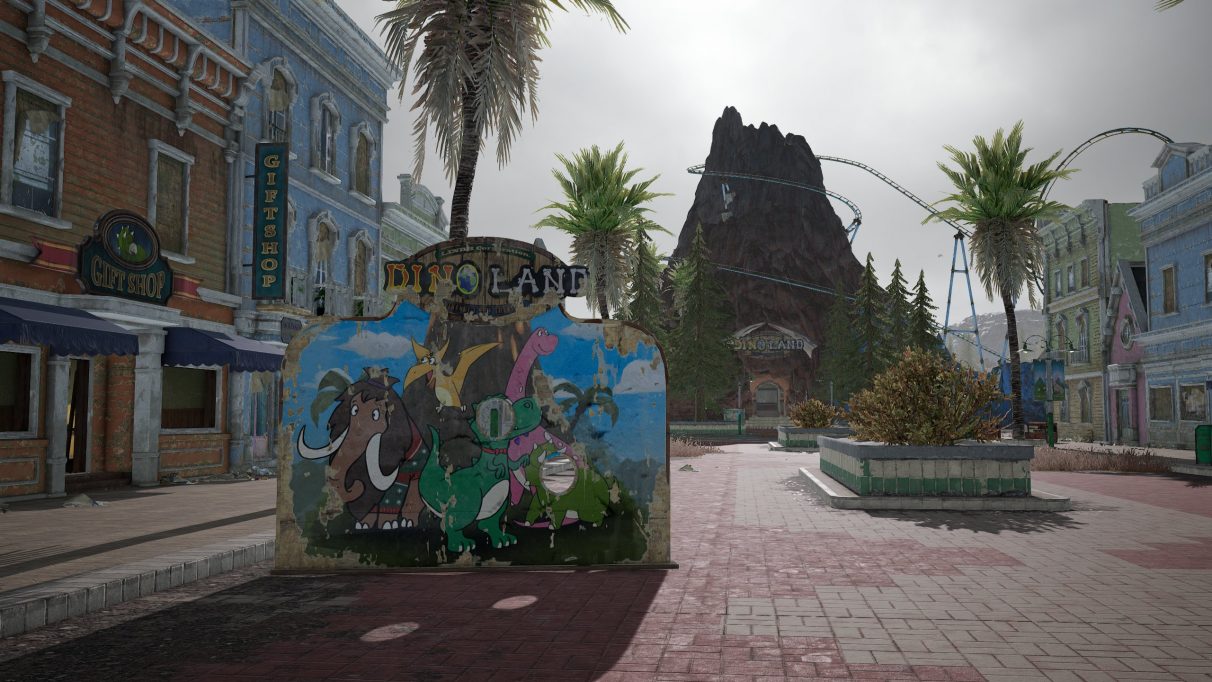 The devs have also added a Mosin-Nagant sniper rifle, available on Viekdni and Erangel. It is identical in performance to the Kar98k, just with a new look and sound. This is something they’re considering doing more of.

“We want to keep adding new weapons to the game but at some point finding the exact gun you want would suffer and as the overall list grows, maintaining balance between everything would also become more difficult,” they explain. “Because of this eventuality, we’ve decided to test out the idea of shared stat weapons.”

Season 7 has a new Survivor Pass, named Cold Front. Once again, playing and completing challenges will level up your pass, unlocking new cosmetic doodads. The free pass has a handful, and the £7 paid pass has a whole lot more. They generally follow a few themes: cosy knitwear; post-apocalyptic raver; Celtic ravewarrior; and wacky Dinoland souvenirs like dinosaur costumes.

In a separate statement made yesterday, the developers said once again that they are trying to improve performance and stability. I took a long Plunkbreak last year and, having returned recently for that wonderfully daft LARP mode, have been surprised by how poorly the game runs now. It’s never been great, hell it’s never even been good, but it seems particularly bad now.

Executive producer Taeseok Jang said, “we know it hasn’t been the best year for [performance and stability] so far, with persistent network, server, and game client issues. Although providing a high level of service is always one of our top priorities, specific issues have endured for far too long and overshadow any good improvements we make. Hitching and game crashes especially have increased and remained persistent in the recent months. Your feedback has been heard loud and clear and is completely justified.”

He reels off a few particular focuses, if you’re curious.