When the historians of the future cast their cyber-eyes over the deluge of stupidity we encrusted upon the primitive internet, they will see that our fables, our moral storytelling, was mostly conducted with flashing colours and double-jumps. Yes, videogames have adopted the moralistic finger-wagging of fairytales and Victorian novels, for better or for worse. They have taught us a lot about ourselves and our place in the world. Here are 13 of the “best” moral lessons from PC games. Yes, you may take notes. 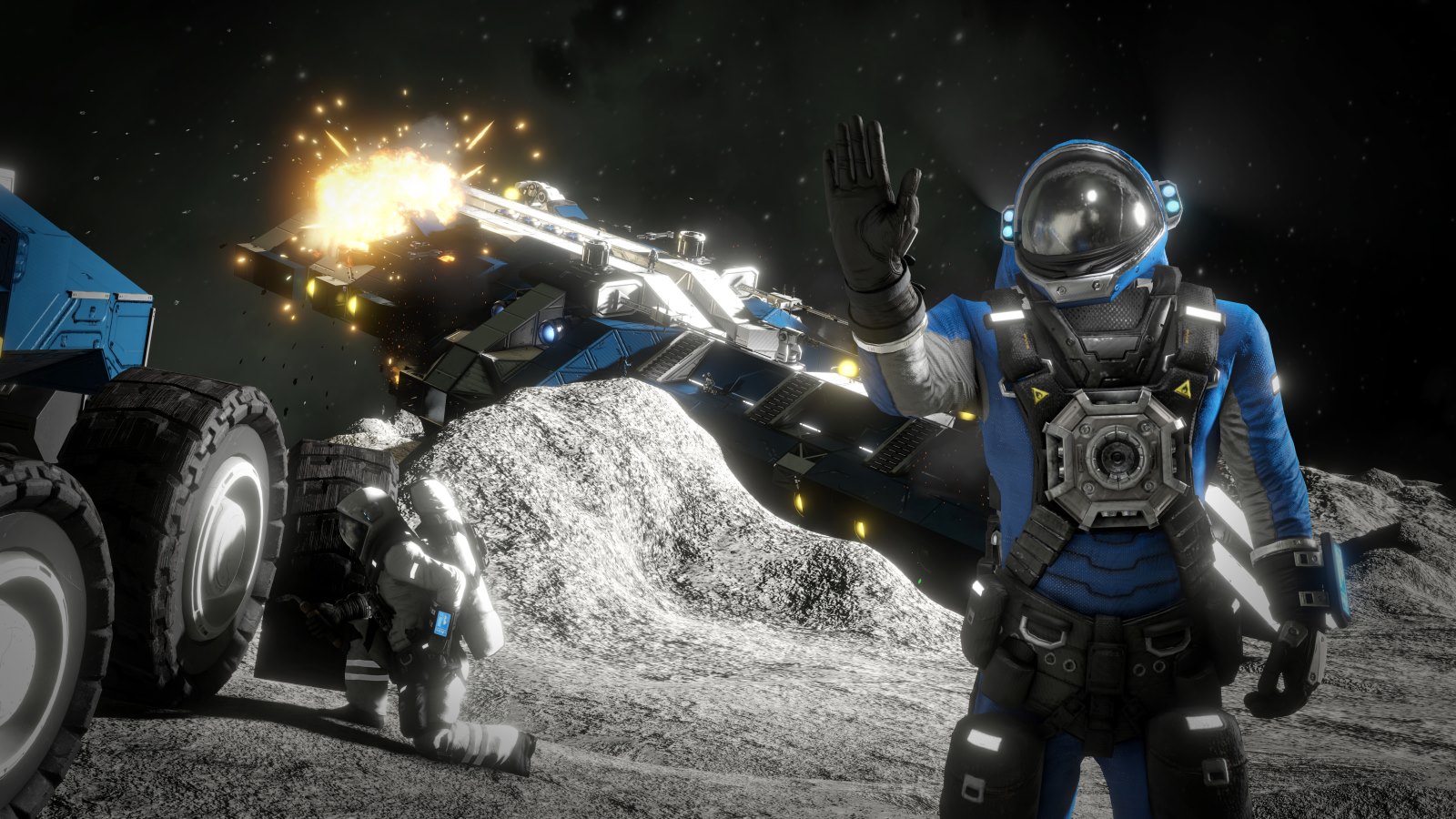 Where else can four hapless space dweebs and their non-hapless robot butler come together to build a giant mechanical spider that would make Will Smith sweat with fear? Space Engineers, like all good sandbox multiplayer build ‘em ups, is about becoming greater than the sum of your parts. Even if those parts are a survey officer with space mumps and a security officer with an unhealthy fixation on dungeons. I’m saying if you want a moral tale with plenty of solid teamwork that definitely all works out in the end, we’ve got nine whole articles worth.

Trust no one – Eve Online 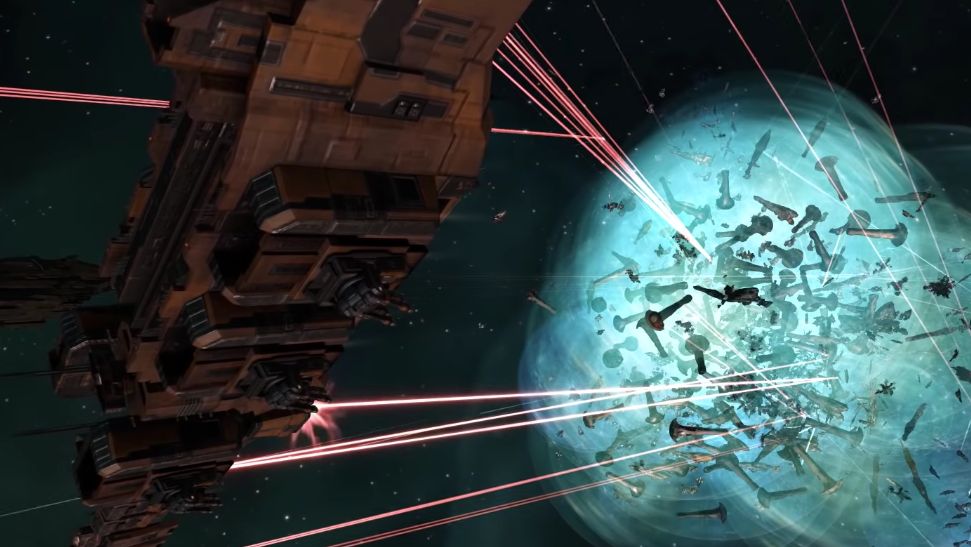 In the game of Eve, you win or you quietly play the stock market and never leave home. If Eve Online was a book it would be The Prince by Machiavelli, except when you open it to read the first chapter a tiny detonator activates the hidden Semtex in the spine and evaporates your entire body into red mist. In this MMO, scammers fill the space chat, the marketplace is a den of rip-off artists, and even your own corporate colleagues might one day steal entire space stations from you. 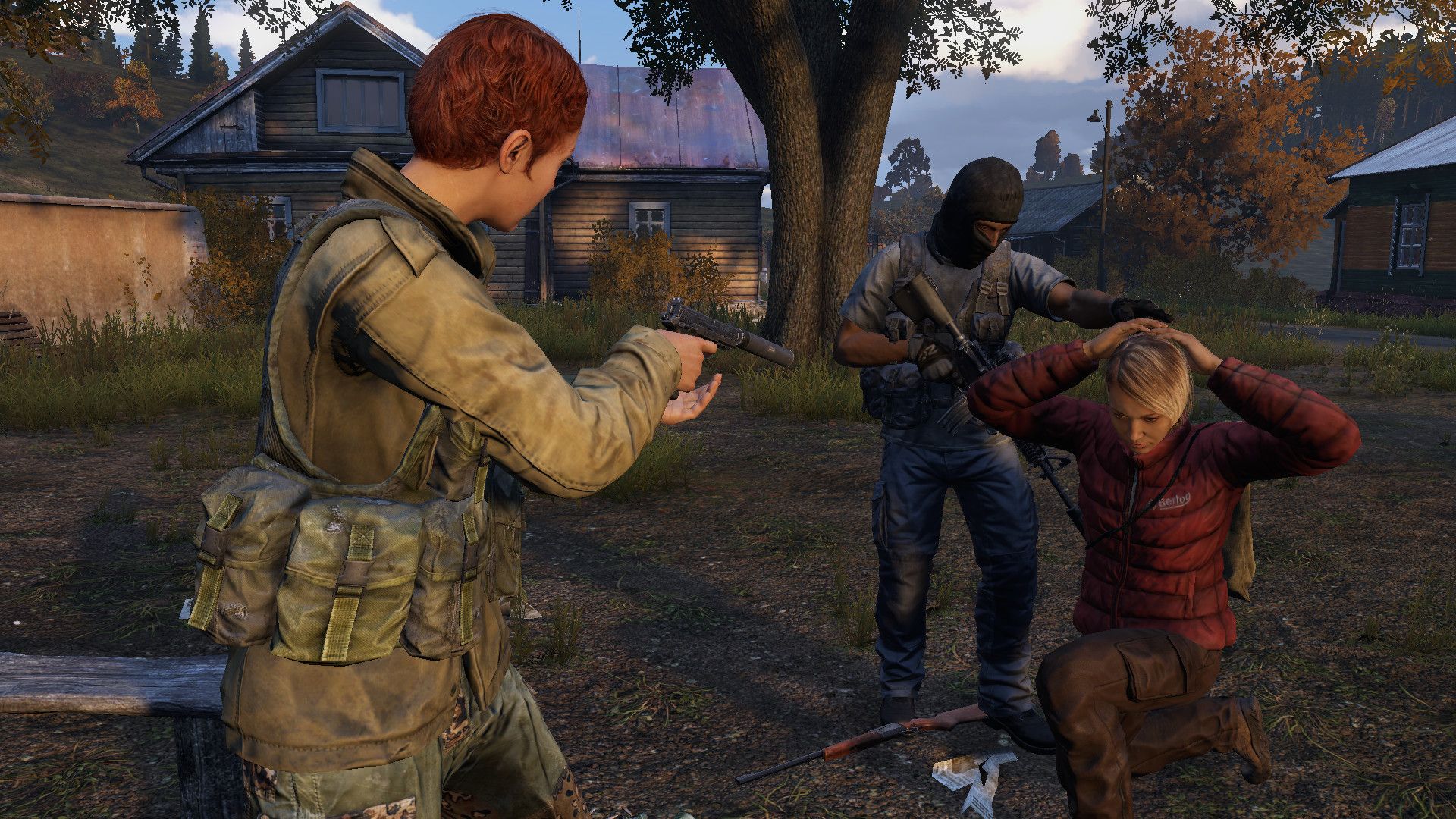 You make your own luck – Dicey Dungeons 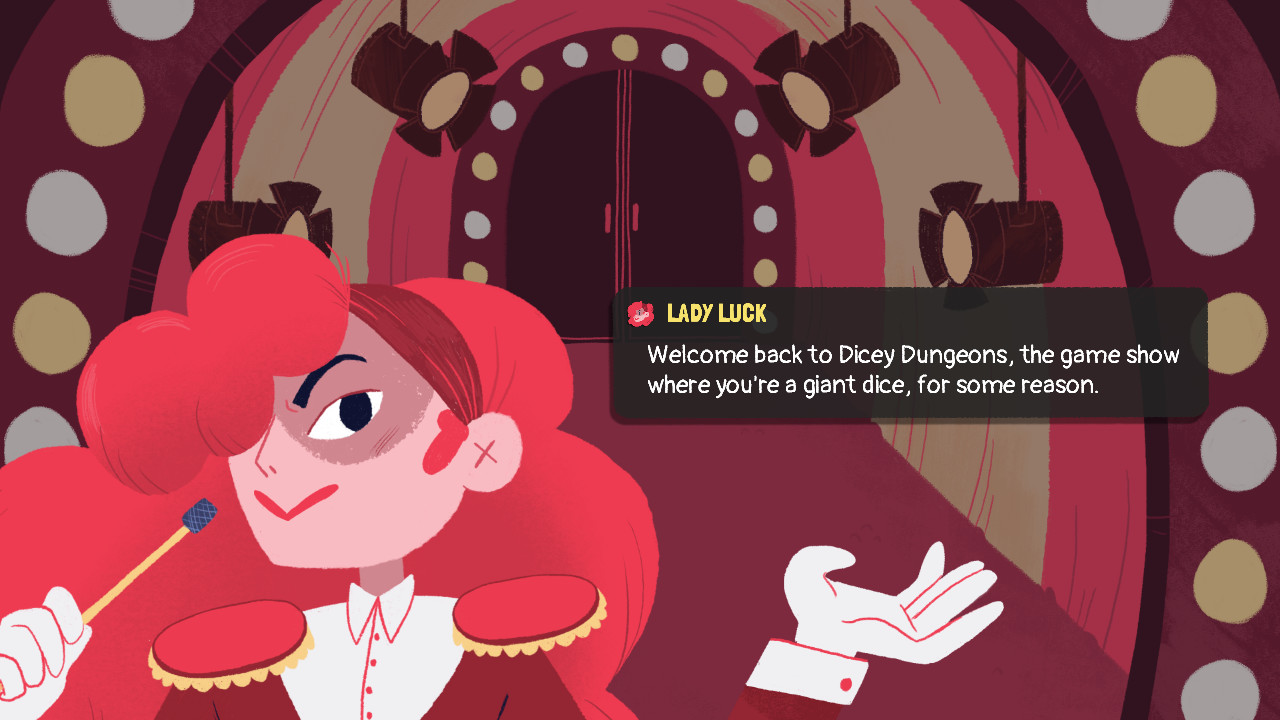 Random luck is the game designer’s cudgel. Blunt, simple, covered in the player’s blood. Dice are just the physical manifestation of the cruel absurdity of existence. But hang on, what if, you could cheat the dice. Oh, yes, now we’re talking. In Dicey Dungeons, as in life, you must take what the world has thoughtlessly cast your way and you must massage it into something resembling a plan, some order of tweaks and flicks that will let you not simply stay alive for one more turn, but thrive until you win a sports car. 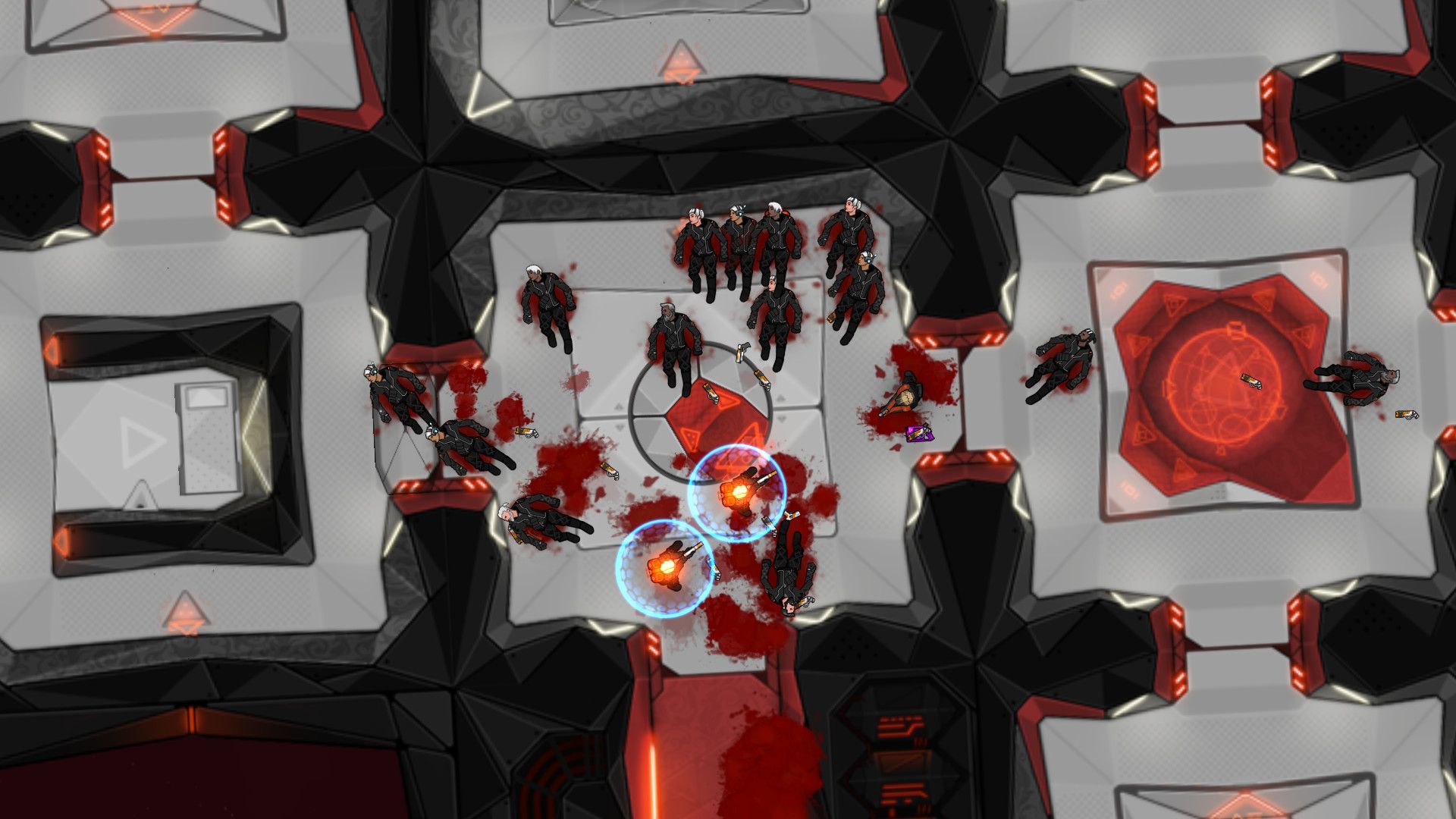 Sometimes life is good. Work is going smoothly. You’ve got dinner plans at eight. What a decent week it’s been. And then, sometimes, a man sees you breaking into his spaceship and fires at you, but the bullet misses and hits a window, and everyone, including you, is ejected into the void of space. Not much you can do but float and shrug. I guess dinner is off.

Assholes get their comeuppance – Hitman and Hitman 2 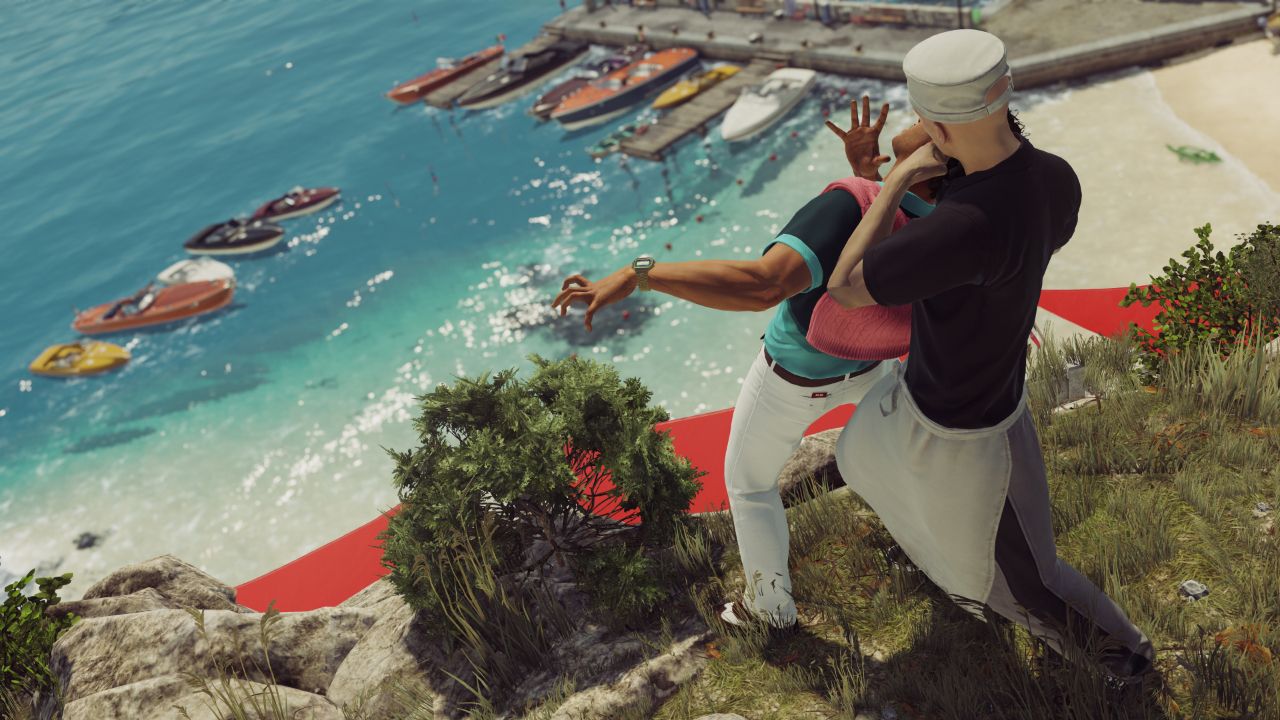 The creators of Hitman are basically Aesop with a 9mm. Let’s examine the targets of Agent 47. Ah yes, a bio-weapons scientist. And here, the murderous head of a Colombian cartel. What’s this? A fraudulent investment banker who delivered Morocco to a would-be dictator. The game understandably never wants you feel a shred of sorrow for these telenovela villains. Don’t be a scumbag, says IO Interactive. Scumbags get poisoned and strangled in a toilet cubicle. 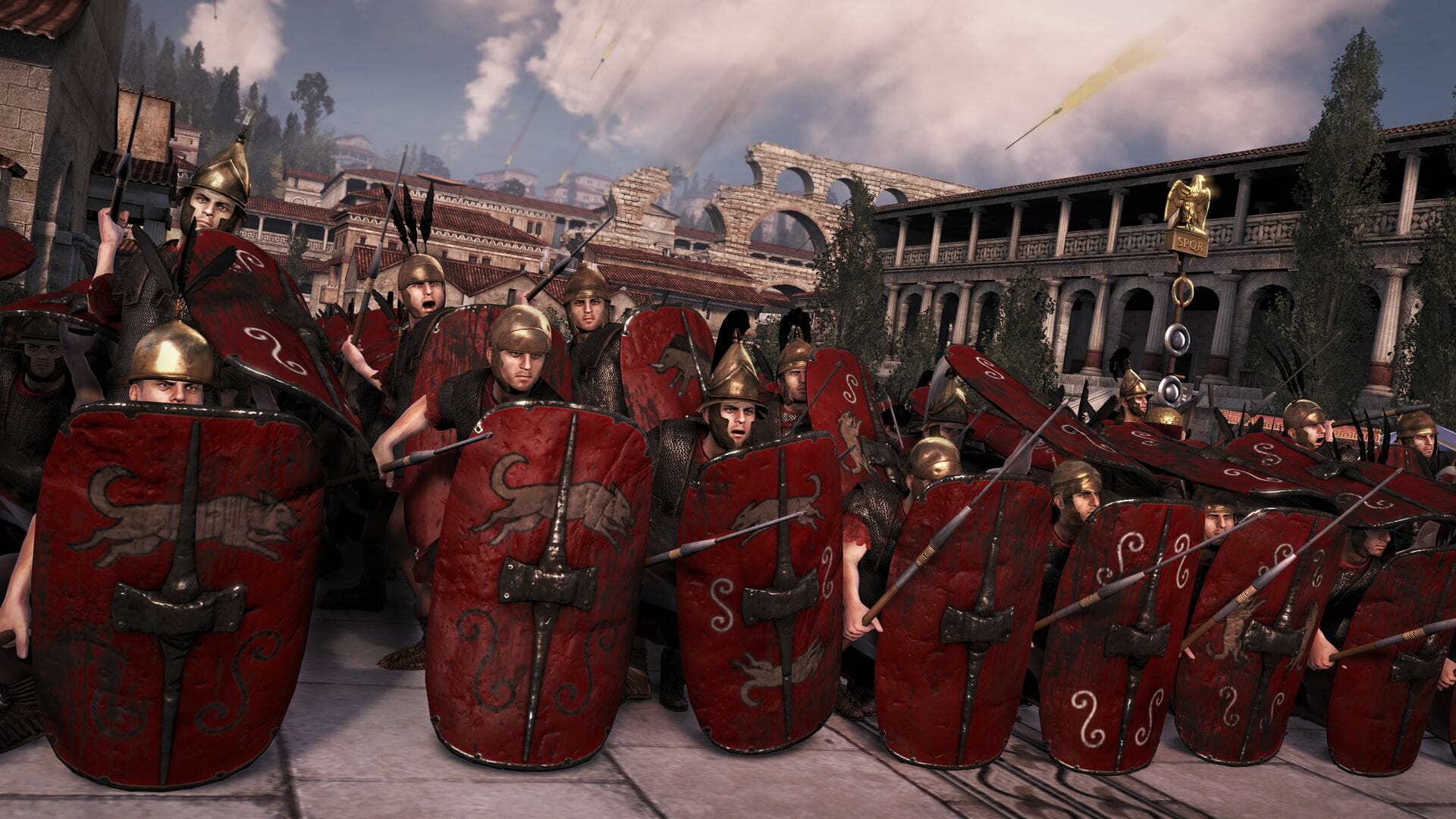 What do you know, it’s true.

You’re more able than you think – Brothers: A Tale Of Two Sons 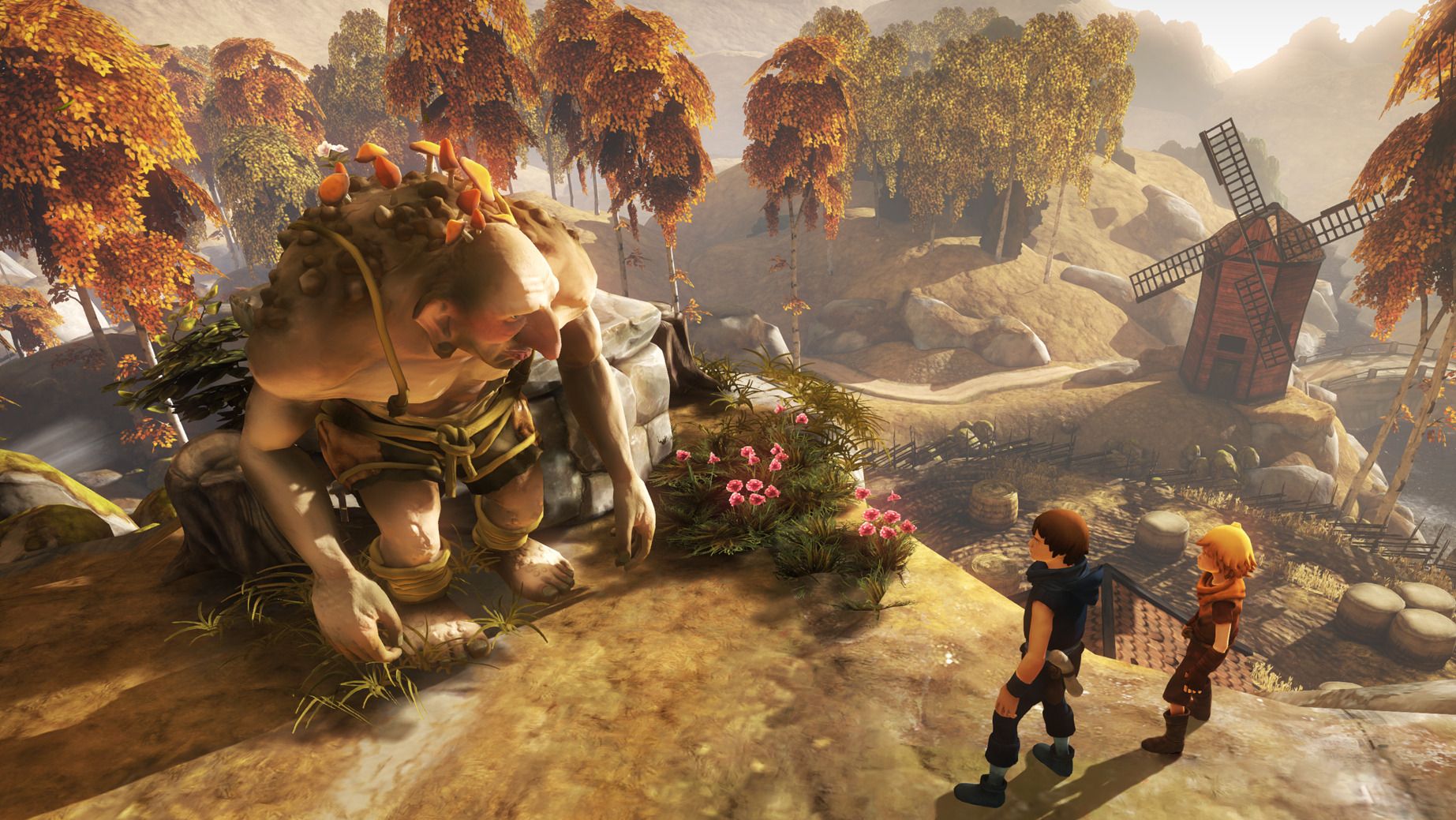 It takes two to tango with a troll. Brothers is all about your two thumbs being in weird asymmetrical harmony, one thumb controlling little bro, the other controlling big bro. Only with both bro-thumbs can you navigate the fantasy landscape and get your dad the herbs he needs to get over a dark sickness. A pat-your-head-rub-your-belly videogame with a weirdly touching life lesson at the end of it all.

Prepare for the worst – The Yawhg 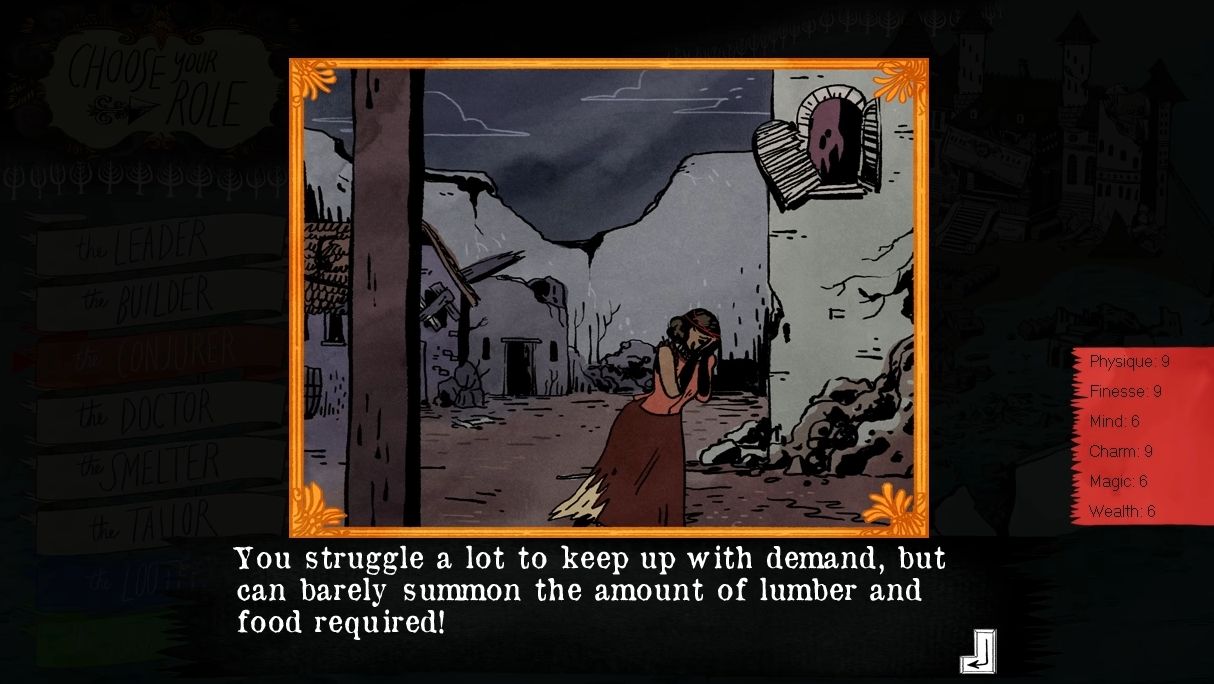 The Yawhg is like the fable of the Ant and the Grasshopper, and I’m not talking about the wholly superior Muppets version. But it is similarly twisted, a Grimm’s fairytale version in which you may be accosted by leeches at any moment. You might spend your days carousing in the tavern, indulging your drunkenness, only to be knifed in the street as a looter when the dark times come. Or you might try using magic beyond your ken, and slowly morph into a slithering beast. Only those who train diligently and know their strengths will survive the final test. Gulp. 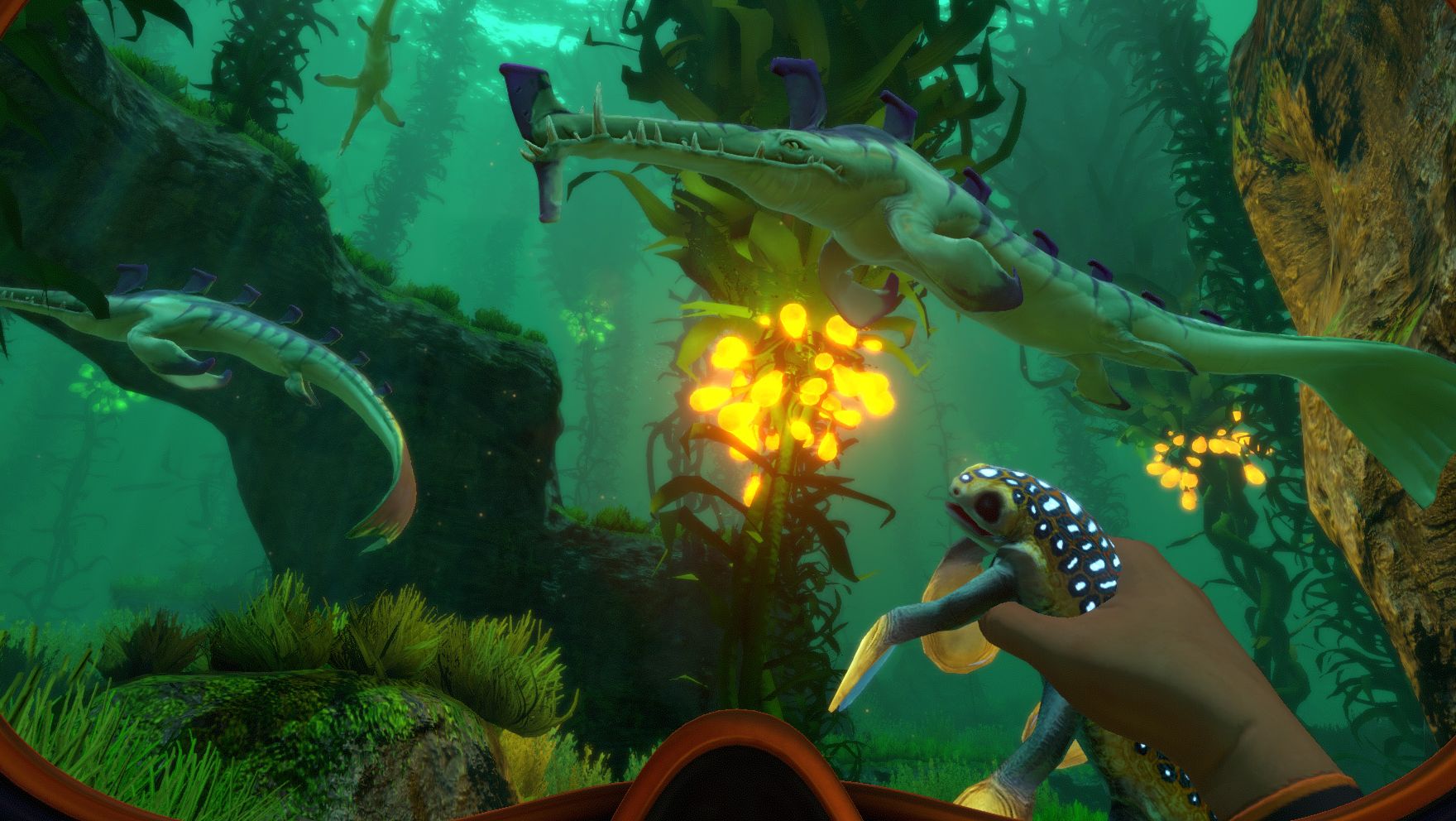 Chasing bladderfish and chomping on salted peepers is all well and good until you roam into the kelp forests and sandy seafloors where the big boys swim. Here you’ll discover that Subnautica has some overdue ecological teachings to impose on you. Even if those teachings involve a gargantuan serpentine creature of the deep, they are a genuine reminder that, as a human, you’re not above nature, you’re just somebody else’s plankton. So respect the ocean.

Greed destroys everything – Return Of The Obra Dinn 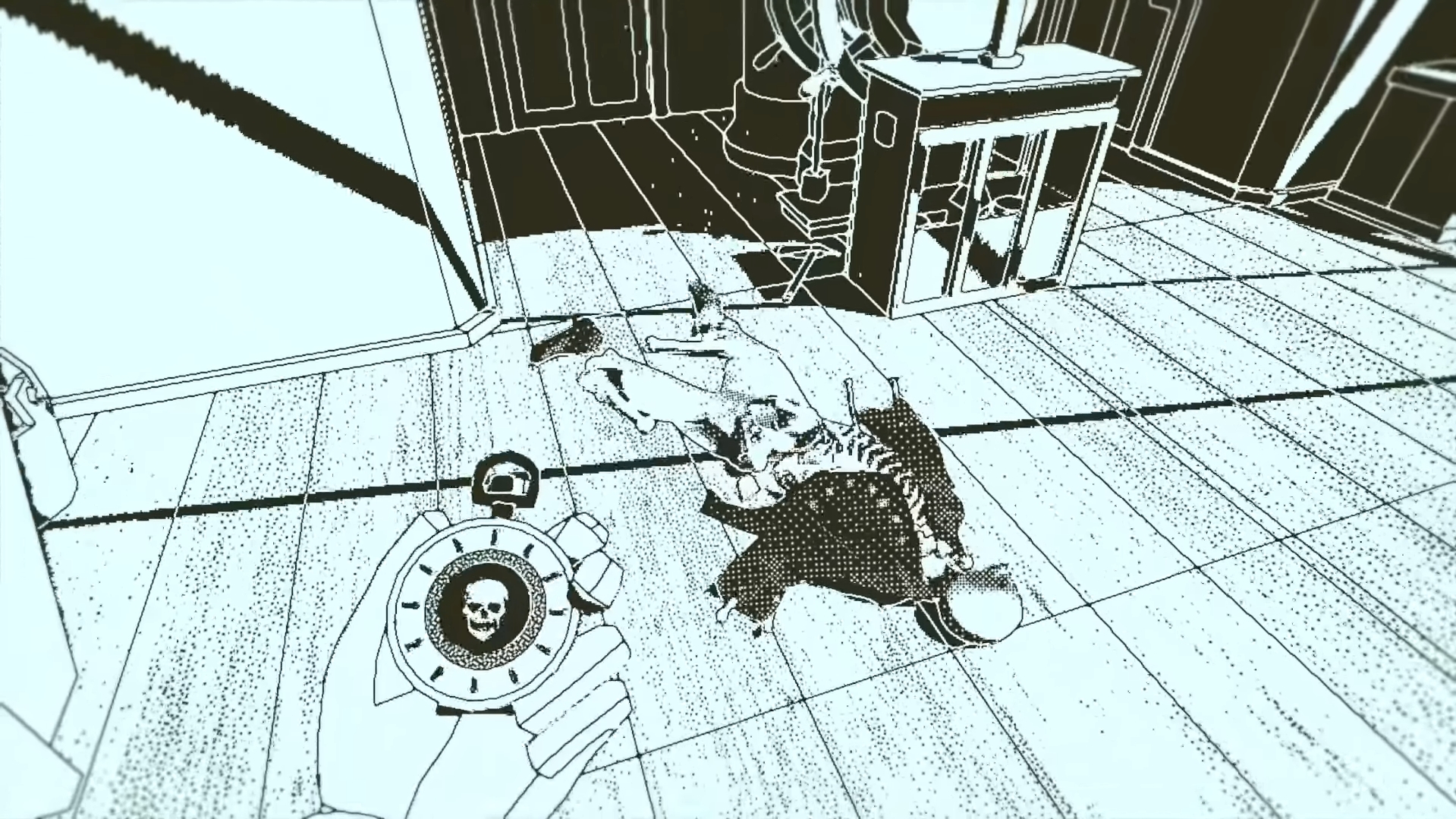 WHAT DID I JUST TELL YOU ABOUT RESPECTING THE OCEAN?

In matters of boots, refer to the bootmaker – King Of Dragon Pass 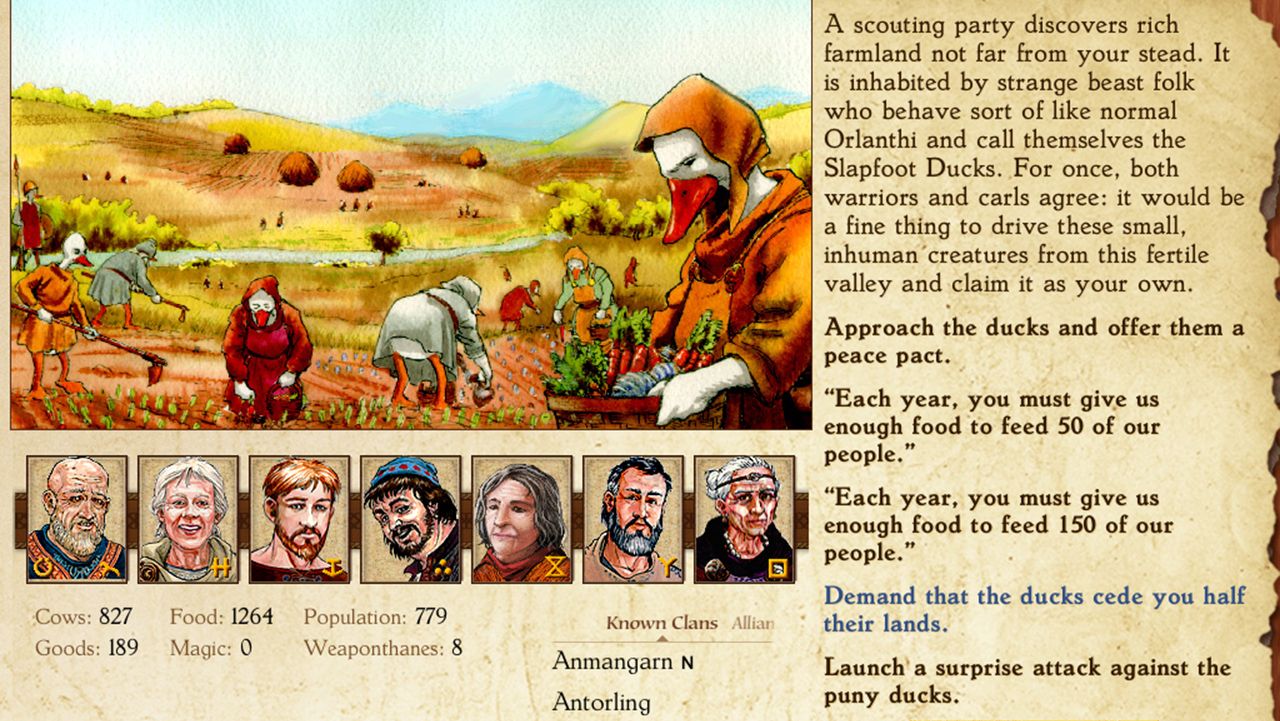 In this cow-stealing settlement sim, you have a whole council of advicefolk pitching in with their thoughts about what to do. And it’s a wise decision-maker who consults knowledgeable people about their expertise before making any firm choices. I’m sure Leikan the butcher has some good ideas about what to do with the duck people next door. Let’s ask him.

You reap what you sow – Pathologic 2 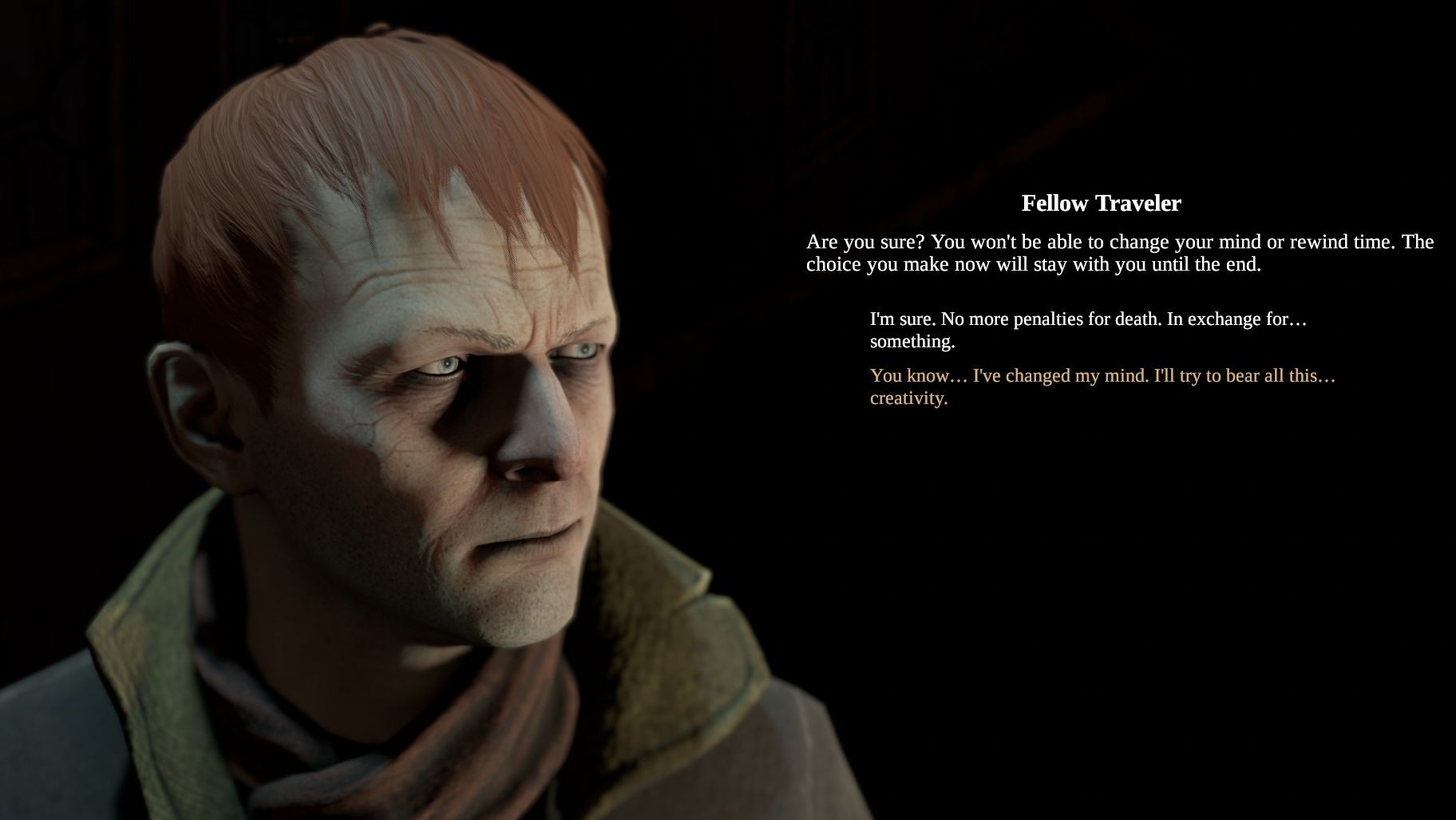 What’s that you say, shady man with a vague name? You’ll make the game easier for an unspecified Faustian cost, demanded of me at some unknown time in the future? Sure! I’ll take that deal.

Last week we salivated together over the 9 tastiest dinners in PC games, like a family tucking in to the Sunday roast. But one of these meals, you felt, was entirely unappetising. It’s… the burritos from Overcooked. 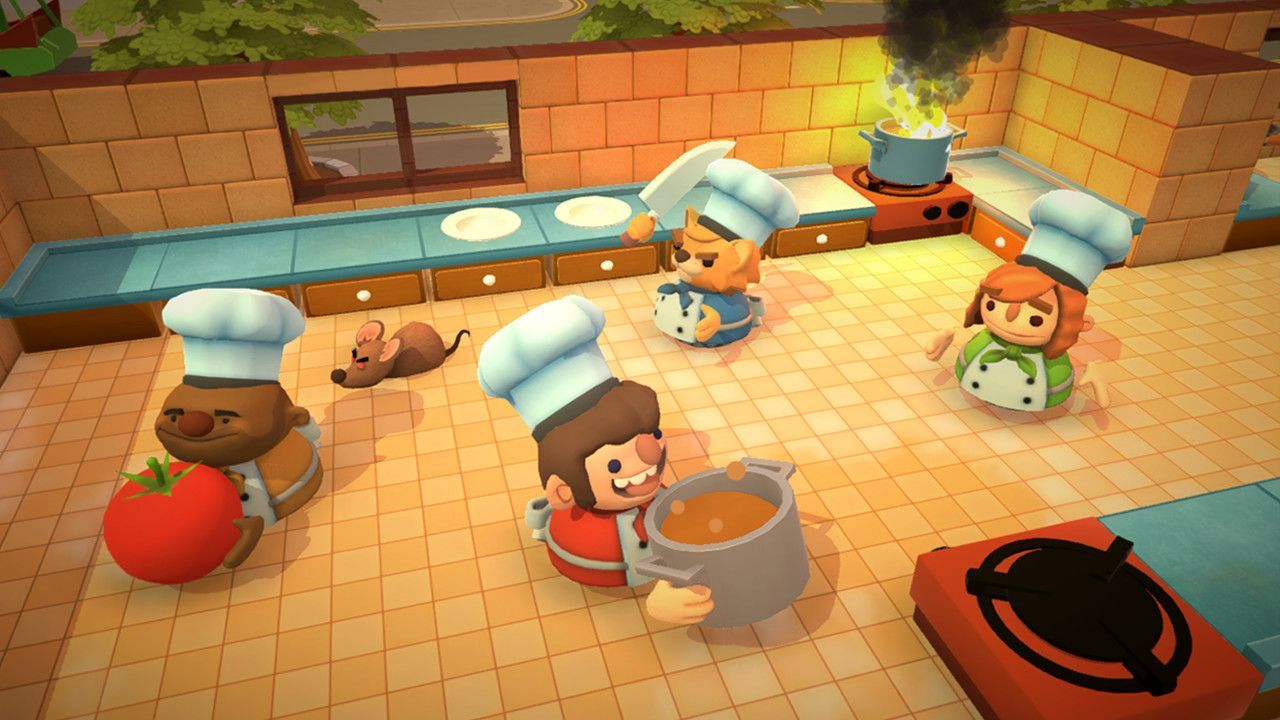 Three ingredients do not a burrito make, argues list puritan “The Librarian With No Name”. They say: “I’m afraid I can’t support a burrito that’s just white rice and grilled meat in a tortilla. Add some shredded cheese or some beans or literally any form of salsa and you’re approaching burritohood. What you’ve got there just looks like the sad wrap you pack for lunch when you’re on an oddly specific fad diet.”

Finally, the put-upon customers of my Overcooked save file have been given a voice. See you next week, list rats!

'It's not A Way Out 2,' says Hazelight boss about their next game

A Way Out is a co-op prison break game from Brothers: A Tale of Two Sons dev