Just 45 minutes of Outpost was enough to make me angry seven times about seven different things that the game does wrong. That’s roughly one wrong thing every six and a half minutes. I’m sure you’ll agree that’s pretty impressive.

It’s a shame, because reading up on Outpost before I started playing, I found about one promising thing every six and a half seconds. A cute little free-to-play top-down survival game, with pared-back resource gathering and tower defence elements, set in a pretty low-poly procedural world filled with angry nocturnal chickens? There’s not a single word of this that doesn’t appeal to me. So where does it all fall apart?

The first step from enthusiasm to caution came before I’d even started the tutorial. I went into Outpost’s options menu, played around with the audio settings a little, and realised quickly that something strange was going on with these audio sliders. Setting the music volume to anything below around 65% made it completely inaudible. So I set it up to 100%. Big mistake. Suddenly the soft, relaxing ambient bleeps and bloops of the music were loud enough to be heard through my headphones from downstairs. Not to mention the audio was peaking constantly, so it sounded like some gargantuan, hard-of-hearing robot was suddenly screeching sweet metallic nothings into my ear.

So, after disabling all game audio and massaging away my newfound headache, I started playing. The aim of Outpost is to prevent your central shrine from being damaged by the oncoming waves of enemies. There’s little room for error, because a single hit from an enemy on your shrine will end the game instantly. So you have to make sure you have an airtight defence in place, chopping trees and mining stone for resources so you can plonk down your first towers. Your time for this is limited, because daytime only lasts a minute or so, and at night the hordes of angry raccoons and bees and chickens will emerge and attack.

Here’s where things start going downhill. My first couple of games ended within minutes, which I initially attributed to just me not knowing how to play. But I quickly realised that what I needed wasn’t experience, it was Experience. With a capital XP. Outpost leans very heavily into the whole metaprogression malarky, with dozens of upgrades you can buy permanently between runs using the XP you’ve acquired. But they’ve gone far overboard by seemingly locking 99% of all the content in the game behind these talent unlocks. 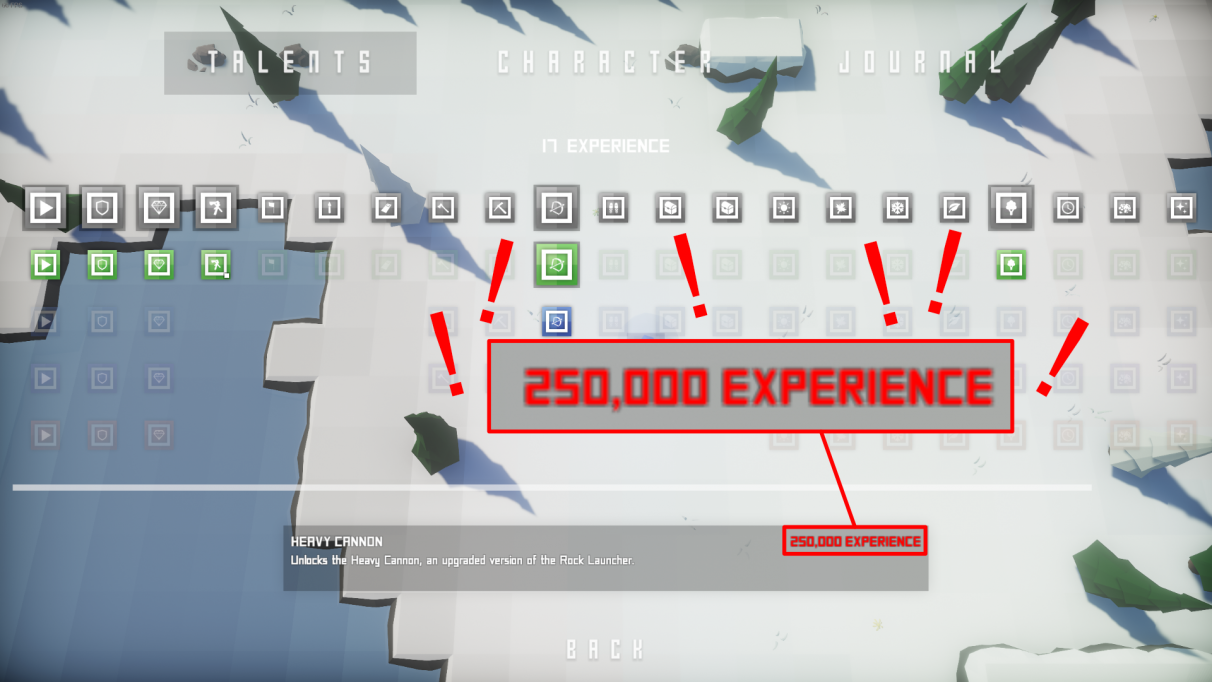 Yes, you read that right. Even with some sort of exponential growth in the potential XP you can collect the longer you survive, jumping from 20 to 250,000 seems a bit much. And it means you have to grind your way through god knows how many playthroughs before you can have three tower types to choose from.

The moment I unlocked that second tower, I was suddenly able to survive beyond night 10, when before I could only ever survive up to a maximum of night five or six before being overwhelmed. The artificiality of this progression system is quite astounding, really. The amount of time you survive during a run is determined entirely by how much stuff you’ve unlocked, and there’s no leeway based on careful planning or skill.

Let’s stick with this theme of skill going unrewarded for a moment, because it cropped up a fair amount during my hour with Outpost. Pretty much every single day was about twice as long as I needed it to be. Because of the limited energy of my little character, I can only chop or mine three or four things every day. And there’s nothing to do after that, besides plonking down your latest tower. Good thing, then, that you can skip to nighttime, a feature I’ve grown very familiar with playing other tower defence games. But whereas in those games skipping to the next wave nets you bonus cash or resources, in Outpost there’s no reward at all for finishing everything ahead of time.

Oh, but it gets better-worse. Another common and welcome feature in these sorts of games is the ability to speed up time, to minimise periods of downtime and low danger. And Outpost ticks this box too, with a button that can toggle super-speed at will during the nighttime chicken raids. But here’s the rub: while all the enemies move at super-speed, your defences are stuck firing at normal speed. And as far as I can tell, this appears to be a deliberate choice. So instead of giving you the ability to freely minimise downtime, you’re having to pay for this quality-of-life feature by dramatically increasing the challenge. 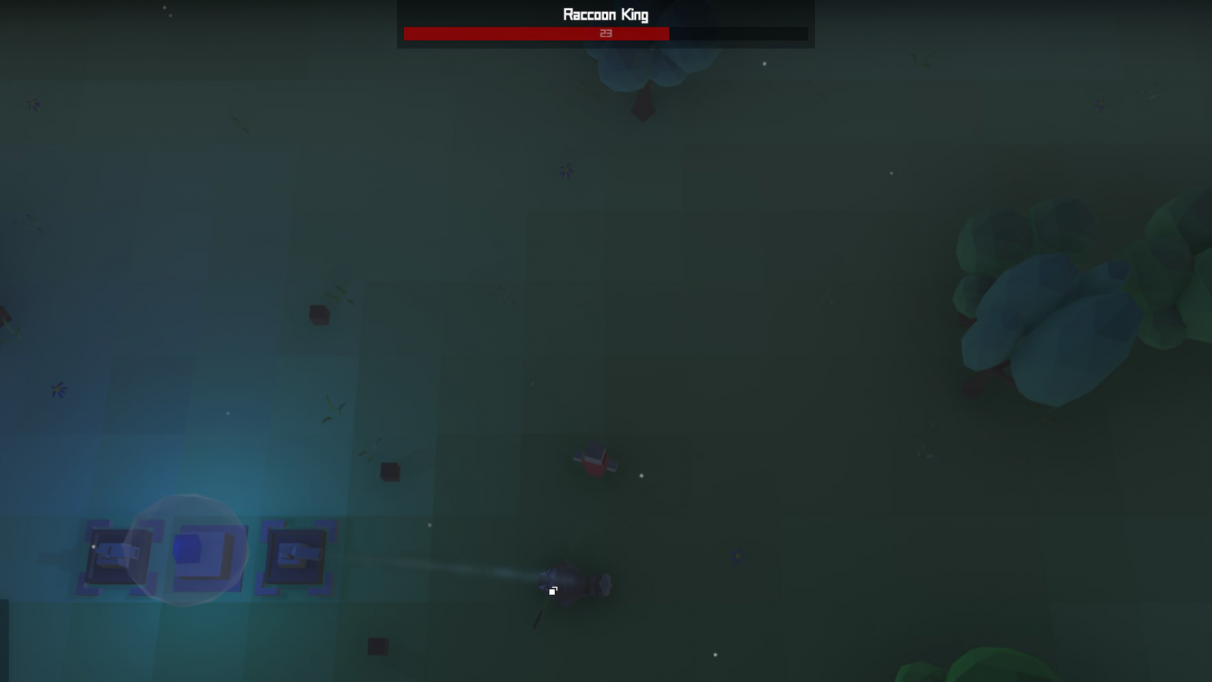 The legendary Raccoon King! Its special power: to have more health than other enemies.

The other big downfall of the game is its uninspiring enemy design. Granted I haven’t progressed much beyond night 10 so far, but I’ve come across three different enemy types and two bosses – and they are all functionally identical. The only difference comes with their health pools. Raccoons have 2 health, bees have 4, chickens have 8. But in essence they’re all just little sprites with health and speed values and some basic pathfinding attached. And they could be so much more.

The whole game could be so much more! Think back to that initial description: there’s so much potential in Outpost. It could be a wonderful cross between Don’t Starve and They Are Billions, but breaking new ground with the energy system that forces you to carefully consider your actions. Or it would force you to, if things weren’t so unbalanced. Having just three or four “actions” available to you per day is so far below what’s needed. Fix the energy system, introduce variations in enemy behaviour, and if I were you I’d abolish the entire metaprogression system and turn all that into a per-playthrough upgrades tree. Fix the audio. Fix the fast-forwarding. Then add a whole load more content on top. Do all this, and I can see Outpost becoming a truly beloved game in my Steam library.