Where are you hiding the mechs, Respawn? Sure, Apex Legends is phenomenal stuff. And Jedi: Fallen Order? Well, it’s Star Wars, what else do you want? Mechs, dear reader, that’s what I want. But in an interview today, Respawn founder Vince Zampella explained that there are no plans for a Titanfall 2 successor anytime soon – though this summer may not be entirely without another glimpse at something new from the developers.

Speaking to IGN on the studio’s tenth anniversary, Zampella explained that there is “nothing currently in development” for the Blomkamp-adjacent giant robot shooter. But even if it does live on in ways through mech-free follow-up Apex Legends, there’s certainly interest “I would personally like to see some kind of resurrection there. We’ll see if I can make that happen.”

Besides Apex, though, it’s been four years since we saw a proper Respawn Mech ’em up in Titanfall 2. Fitting, sad as it may be – the series has always been somewhat maligned, despite having some of the stompiest mechs, the best grappling hooks, and time travel. 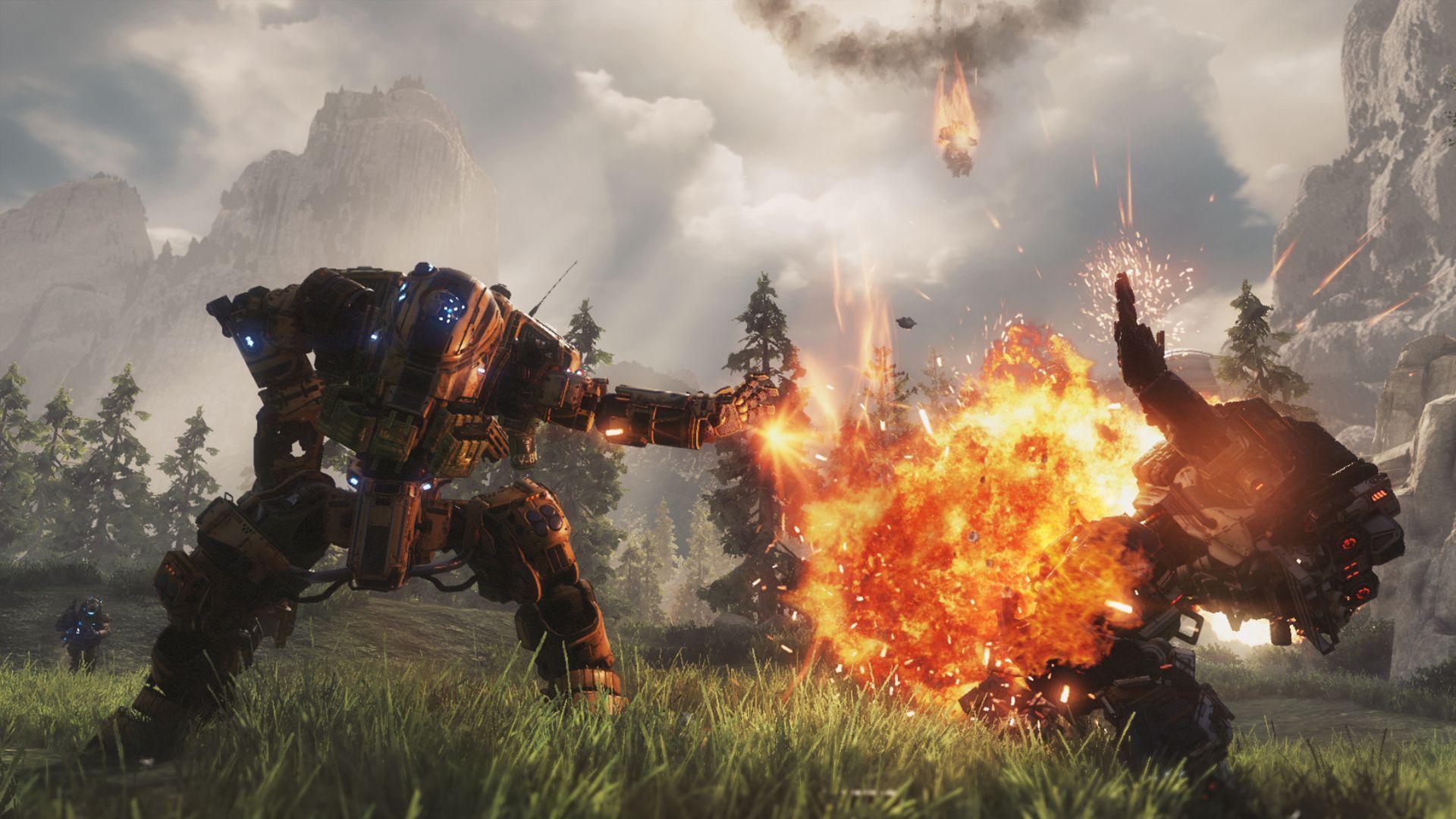 Zampella, of course, is now heading up a team over at Dice LA. While their current game is a ways off from a formal announcement, he bluntly explains: “that team is a shooter team. Chances are it’s going to be something along those lines”.

“The same tenets that apply to Respawn of doing something new and exciting and kind of breaking the genre a little bit is what we’re going to apply to DICE LA. We’re going to look at trying to do something cool.”

As for Respawn? Besides their Medal Of Honor VR thing, an EA spokesperson (covering for a hesitant Zampella) noted that “It’s safe to assume that yes, you might see some things from Respawn at EA Play” on June 11th – things that Zampella was hesitant to mention to maintain a level of “surprise and delight” for fans.

Well, Vince, you can “surprise and delight” me when you decide to send us a 30-ton walking tank. My inbox is open.