BEEEUUUUUHHHH. That’s my impression of a battlecruiser jumping in to ruin, or make everyone’s day, depending on its mood. For the next eight days, Elite Dangerous‘s fleet carriers are here in temporary form for its ongoing beta. I have not, frankly, been doing anything exciting, because I am like that. I’ve been enjoying the jumps, though.

Elite’s ships make a lot of noises, some of which I (extremely subjectively) find mildly irritating. It may not have full ship interiors, but the cockpits do a lot to sell the idea that you’re a person sitting in the ship, not a camera mounted on the front of it. The charging up times and the swooshing, humming, audibly spinning gubbinses of sci fi engines are great fun, and soon become oddly comforting in their familiarity. 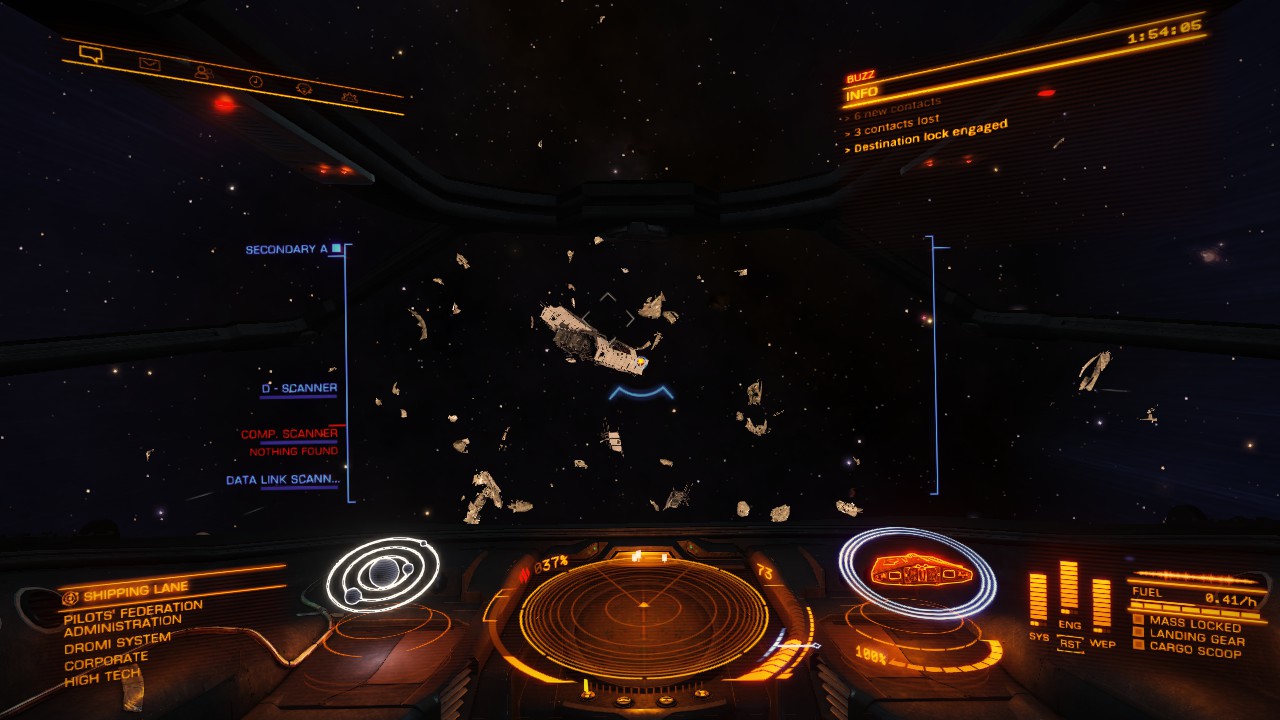 “SALVAGE” is basically my battle cry. I am boring, but unashamed.

But then there’s the battlecruisers. The first herald when one is about to jump into your ongoing fight is an ominous warning from the ship’s computer. Then there’s the groaning, straining metal as some massive war machine pulls itself out of the mysterious cloud of space magic. That lasts for just enough time for you to track it down so that you’re looking directly at it when it declares itself. BEEUUUUUHHH.

Have a look for yourself. Reddit user (sigh) “BorisJohnson286” shared some footage of exactly that earlier while already embroiled in a fleet fight with another cruiser, and it looks pretty fab. It even has a dramatic choir bit.

WARNING! Capital class signature detected! Fuck yeah! 😃. Found an awesome system that’s has a huge civil war and I got two of these babies show up in one after another. from EliteDangerous

“I… AM”, it declares. Is it a souped up space truck? Is it a massive foghorn? Is it the trapped soul of one thousand tormented beasts, warped with alien cybernetics into a mighty, vengeful multigoose?

Well, no. It’s a ship, Sin. You fool. You utter bowl. Go back to scooping up your pathetic scraps. You are out of your depth here.

Elite Dangerous’s carrier beta started last Monday, and you can get in on it now at the Frontier Store. It’s running until the 26th.