Oblivion was, of course, the story of how an anonymous prisoner happened to meet the Emperor minutes before his assassination, and went on to fulfill an ancient prophecy by being locked up for over 600 years.

That’s the story according to the Unofficial Elder Scrolls Page Twitter account, which twote last night about a character they put in jail for 225,000 days.

My Hobby: Spending so long in jail in Oblivion that the Third Era is now over 1,000 years long, and my skills have completely atrophied. pic.twitter.com/8D3j9GLcmP

This has really tickled me. Oblivion is sort of consigned to the history bin these days, smothered by its monstrously popular sequel, 2011’s Harry And The Dragonsons. But it occupied a warm spot in my heart once, and the ease with which it lends itself to silliness like this is partly why.

Honestly, it sounds like the kind of talentless non-adventure character I’d play, if there were anything to do once you’re in there. Did you ever play Space Rangers 2? That was an Elite-ish 2D space game that had, for the hell of it, a detailed text adventure game if you got sent to prison. Don’t tell me you wouldn’t like to see something like that in a game with an Elder Scrolls budget.

Oblivion is set in the year 433. Once you account for the series’ awkward calendar, that’s 200 years earlier than Skyrim. This hapless convict is pictured in the year 1050. 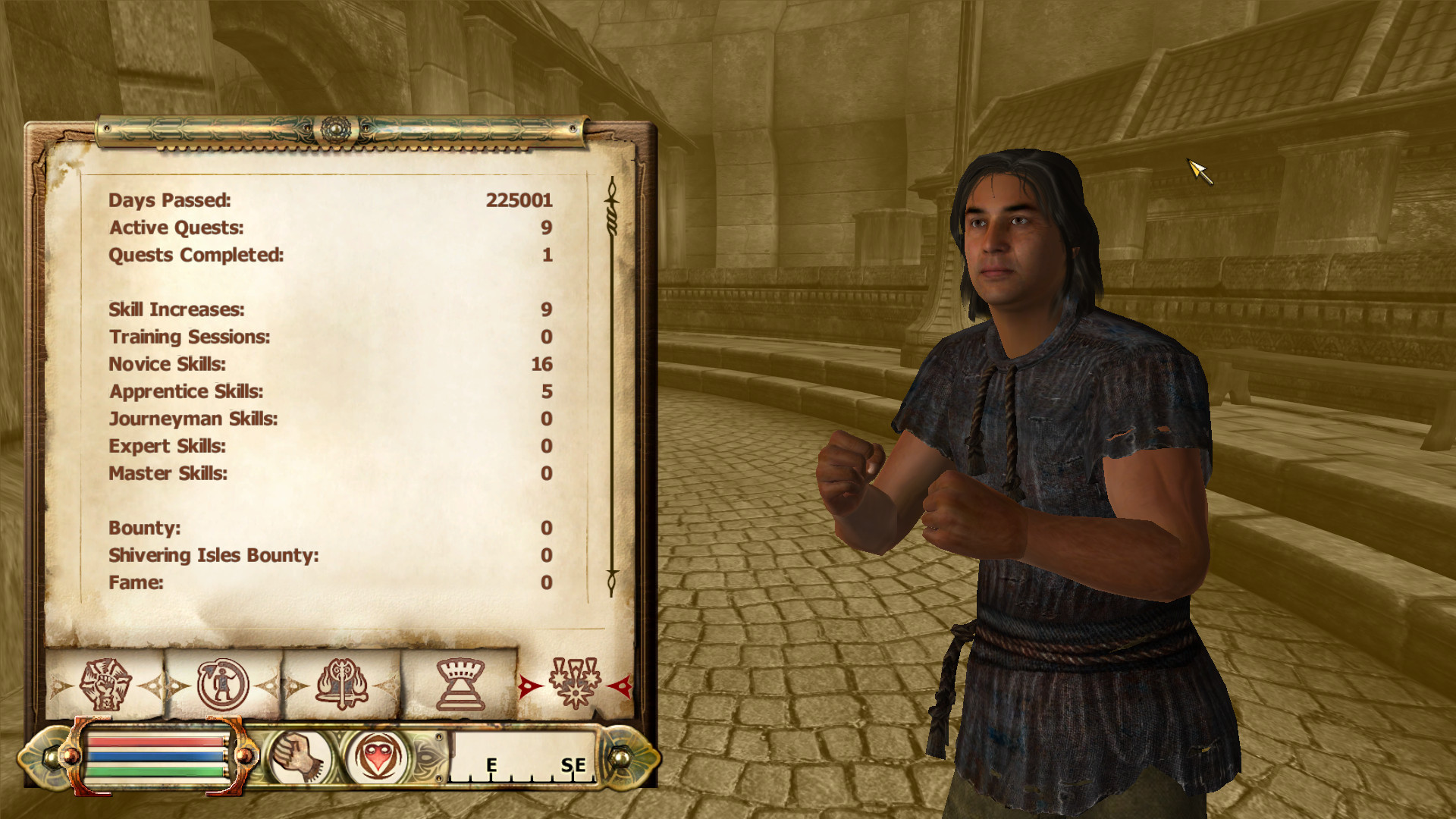 The hero we all kind of are right now.

He was rattling his bars when you yelled a wolf off a cliff. He was eating slop when you fought Thomas the Tank Engine. He was befriending his 9th Morgan Freeman when you found a really good axe. And he’ll be there for another 417 years after you eat the last dragon’s brains and push Ulfric into a cauldron or whatever happens when you actually play the main plot. I suppose this is the price you pay for not following Emperor Picard.

I’ve only ever spent one night in jail in Skyrim (and can’t even remember for Oblivion). My Redguard character was casually walking back to Windhelm when the guards flipped out and shot her in the eye for no reason. A story came out later. Some spurious accusations that I’d menaced a chicken days earlier. They released me the next day, probably freaked out that I’d survived. It was all a bit too real to be honest. 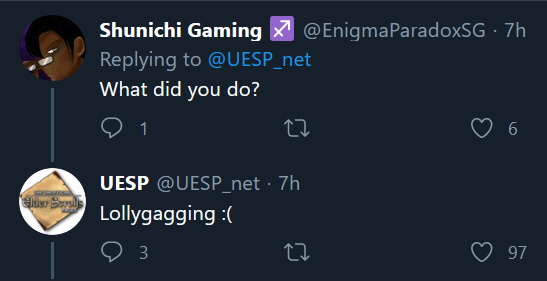 They had it comin’

I rolled with it, but I normally reload a save when I get arrested because it’s just faster and less dull. Plus the guards always magically intuit that 85% of what I’m carrying is stolen. They have some sophisticated apple tracking systems in Tamriel. Maybe that’s why the farmers never have time to harvest their crops.

The hosts of the Twitter account, and the Unofficial Elder Scrolls pages it represents, have put in tonnes of work over the years to collect and organise the series’ detailed backstory and settings. I’ve relied on them myself in the past so it only seems fair to point you in the direction of their Patreon page.

Jetbike FPS Disintegration is turning off its multiplayer