If you’re one of the many wondering why everyone’s suddenly shouting about bunker locations, keycards, and nuclear warheads in Call Of Duty: Warzone… Well, you’ve come to the right place. Below we’ll explain exactly what’s going on; and in case you want to see everything firsthand, we’ll also go through every single Warzone Bunker location and how to get inside – including the mysterious Bunker 11.

The Warzone map of Verdansk has always been home to 12 mysterious Bunkers, which until very recently couldn’t be accessed. But all that has changed with the introduction of Keycards, which can be used to open up these Bunkers and gain the loot that awaits inside.

To open a Bunker, all you need to do is acquire a Keycard, then Interact with the keypad to the side of a Bunker door. This Bunker loot comes in the form of multiple large Cash drops and several Legendary crates containing valuable gear, weaponry, and other loot. So it’s well worth getting into one of these Bunkers if you’re able, because it might mean the difference between defeat and victory.

But these rewards come with quite the risk. Warzone Bunkers are the talk of the town at the moment, and everyone’s clamouring to get inside them each match. Many players have started to camp outside popular Bunker locations so they can kill whoever approaches and loot their Keycard so they can open the Bunker and hoover up all the loot for themselves. 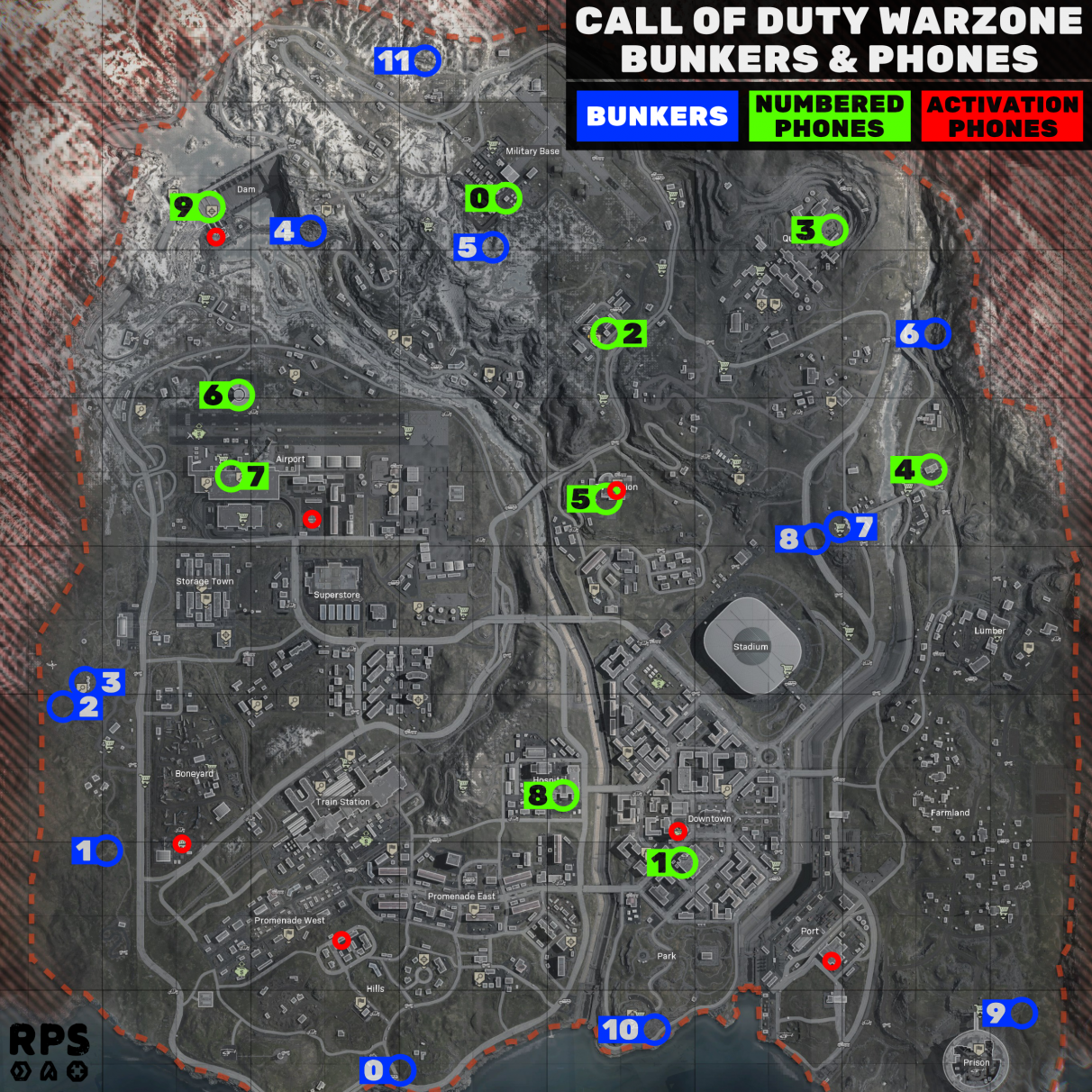 The above map displays all 12 Call Of Duty: Warzone Bunker locations dotted across Verdansk. Each one requires a Keycard to be opened, and opening a Bunker will use up that Keycard, so if you want to open another one you’ll have to go and find another Keycard to open it with.

Where do you find these Keycards? You’ll have to rely a little on luck here, because Keycards can only be found as a rare and random loot drop inside crates. It seems Legendary (orange) crates might have a higher chance of dropping Keycards, but we’ve confirmed that non-Legendary crates can also drop Keycards at times.

Keycards aren’t specific to each Bunker, so the moment you gain a Keycard, you’ll be able to open any of the 12 Bunkers across Verdansk. Well, all except one…

How do you open Bunker 11? By using the various phones dotted about the map, and following the clues they give you. Here’s what you need to do:

Complete all of these steps correctly, and once you return to Bunker 11 above Military Base (check the map above), the light above the door will have turned green. Interact with the keypad, and the door will open, allowing you to scoop up the plentiful loot inside – including tonnes of Cash, some powerful Killstreak items, and two unique MP7 blueprints which you cannot obtain any other way.

But there’s more to Bunker 11 than that. In fact, it seems your efforts will be rewarded with a peek at an easter egg which has huge ramifications for the future of Warzone and its map.

Warzone Nuke event – everything we know

Two important things about this room. First: there’s a window on the right which is clouded up so you can’t see through it. Second: on a worktop against the far wall is a red button.

Press that red button, and the window de-clouds, revealing a nuclear warhead on a table in the next room. 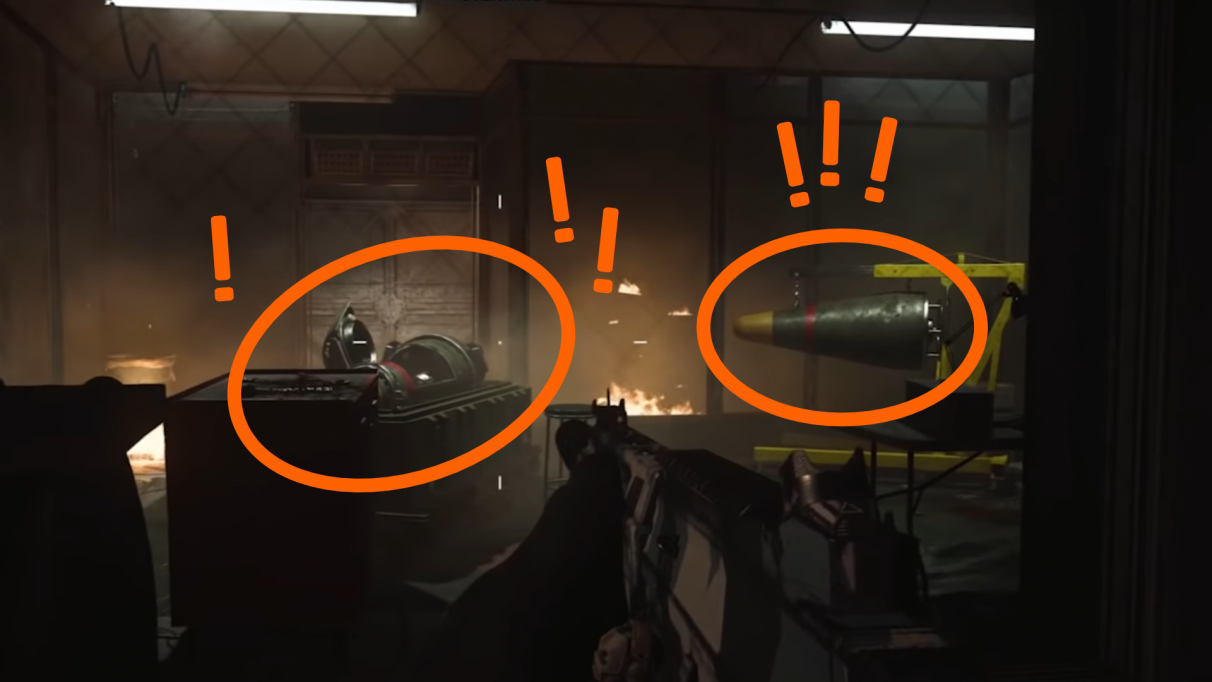 As of the time of writing, this nuclear warhead cannot be accessed by players (phew!), but its presence indicates that interesting times are coming for Call Of Duty: Warzone. With the approach of Season 4 of Warzone, many are speculating that the season will be kickstarted with a nuclear event which will trigger some major map changes to Verdansk.

One key location that is expected to change with this event is the Dam in the North-West corner of the map. Not only is it fairly near Bunker 11’s location, but it is a place that the devs have been calling attention to for some time now, featuring it in Warzone’s main menu and having your character walking across it in the game setup menu screen.

And what’s more – players have started to notice various unsettling noises emanating around Dam, such as ice cracking and… howling? Check out the below video from YouTuber MrDalekJD for examples of these noises in action.

And that’s all we know so far about the Warzone Bunkers and the fascinating events they have set in motion. But that’s not all we’ve got on Call Of Duty: Warzone! Take a look at the below guides for all sorts of guides on weapons, loadouts, winning matches, and much more.