We previously posted about Falcon Age on its release onto the Epic Store last year, but we didn’t follow up on it, and that’s a shame because although I suppose it’s technically an action-adventure, I would prefer to call it a first-person tactical bird game.

You are one of the native population of a planet colonised by an interplanetary corporation, using advanced robots and drones to suppress resistance and industrialise your home planet, strip-mining it for resources. But there are few problems that can’t be solved by throwing a bird at it. Especially if that bird is wearing, e.g., a cowboy hat.

You met your falcon pal in prison – you were in fact cellmates when the falcon was only a baby. When it’s little, it dabs (kids, eh?) and does other fun animations, but after you escape and find your Auntie, who will help train you to be a falcon warrior in the resistance, the falcon gets fucking massive. 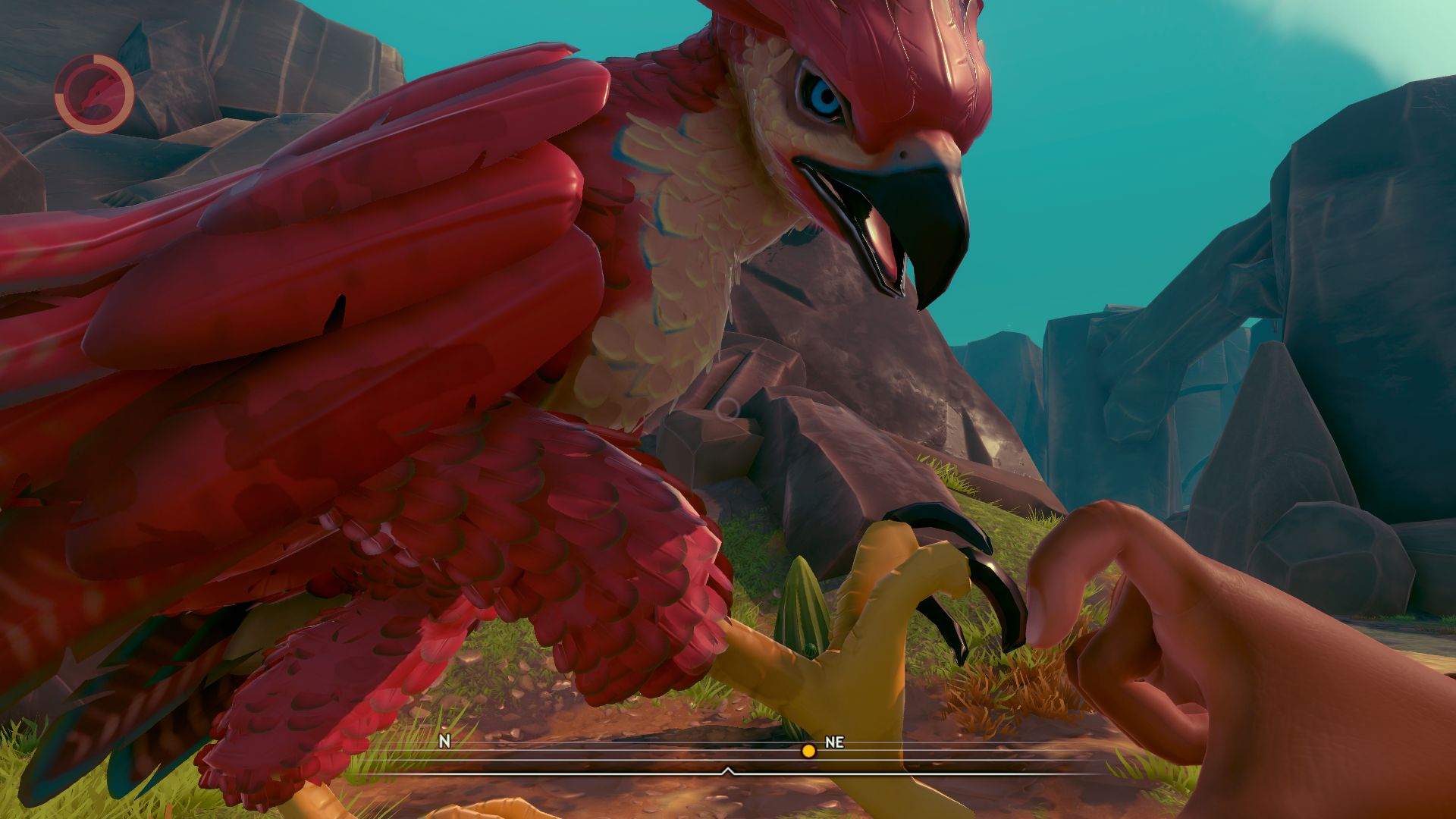 The animation on your feathery death projectile is great. It does very sharp bird-like motions – you know how birds sort of move like they’re a video skipping a couple of frames? Combat can be a bit frantic and I encountered some glitches here and there, but it is surprisingly tactical. You and your falcon have to work symbiotically.

It’s dangerous to call the bird in to attack an area if you haven’t first taken down the sentry turrets with your electric baton, for example. With some robots, you need to first stun them with your baton’s long range whip, before calling in the falcon to suppress them and expose their weak spot. If you encounter a sand-wolf, you need to knock off its bone armour before the falcon can finish it off. This does mean that there are a few control combinations to learn. Falcon Age is actually a native VR game that also supports regular monitors/controllers, and my instinct is that it would be a lot easier to do all the gesturing and giving things to your bird with motion and VR controls. 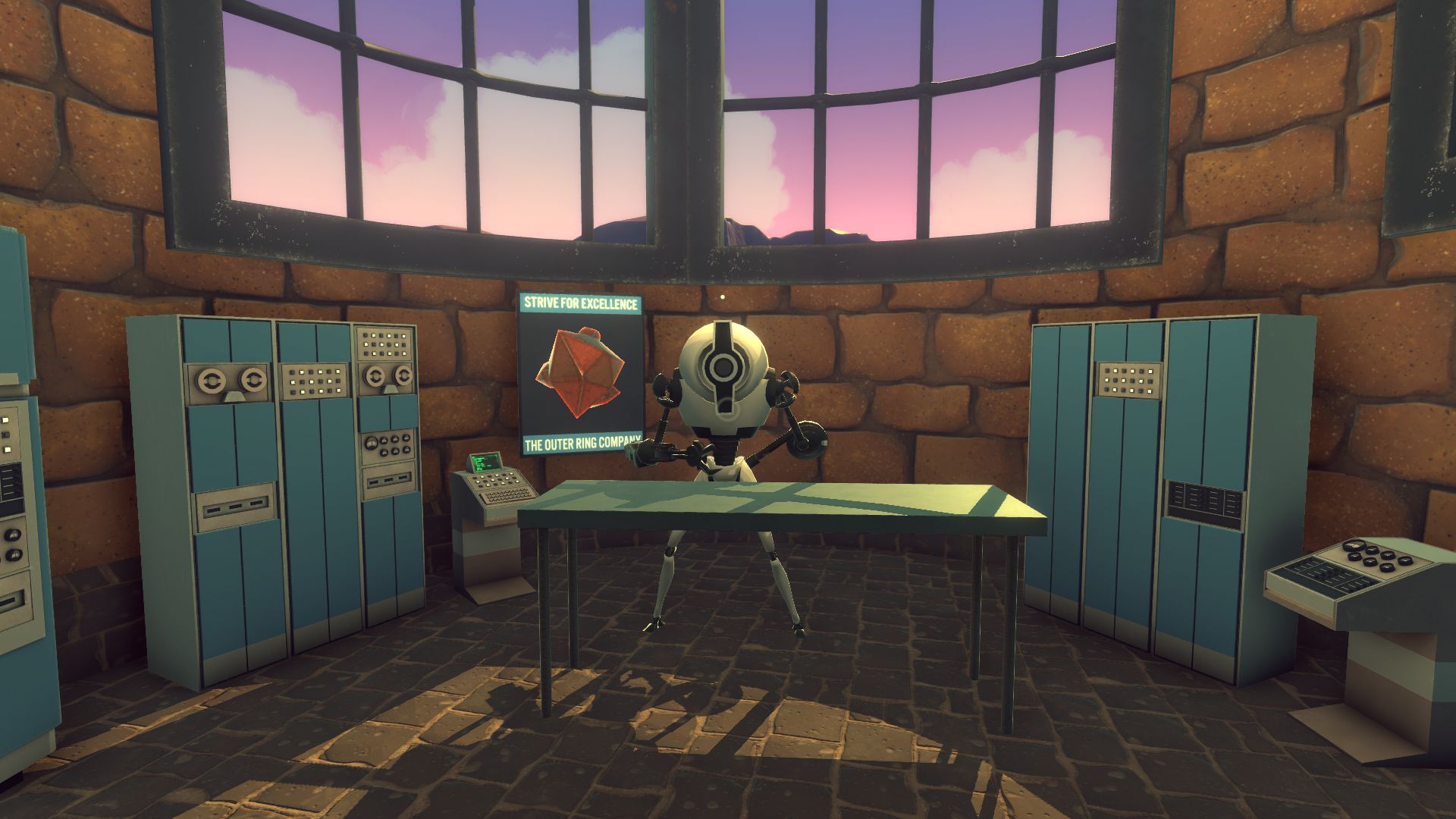 Still, though, there is immense satisfaction in getting an attack on a compound or outpost to go off well, and in seeing the local population start to reclaim their land as you fight back. Talking to the locals is recommended, firstly because they are often very funny (see: the juggler who told me he was spending a lot of time thinking deep thoughts. “Lately,” he said, “I’ve been thinking a lot about why some people don’t like me.”) but secondly because they sometimes give you special items to give to your falcon. They’ll make her do a unique animation, like this skateboarding one. 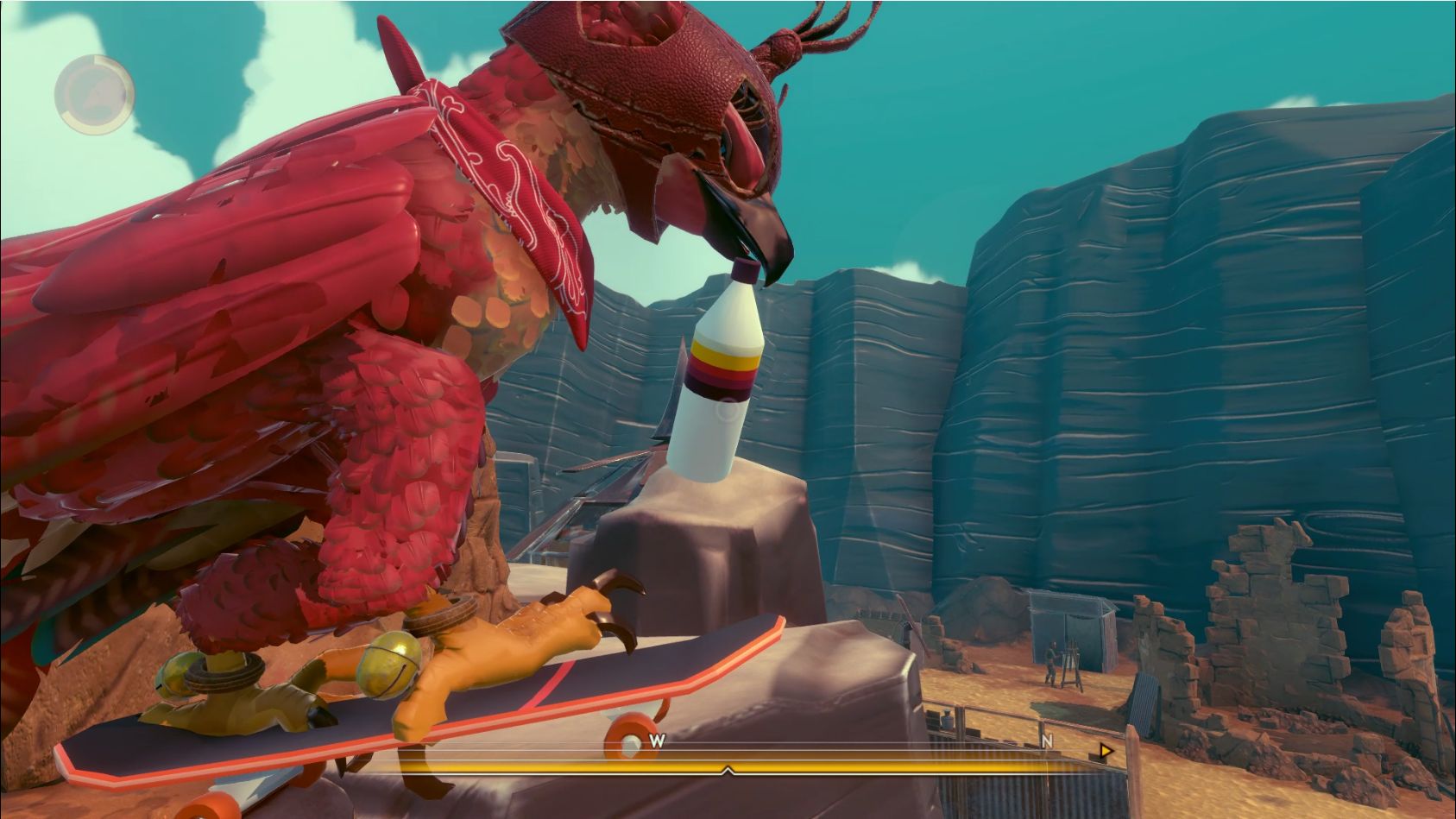 Because this is my favourite thing about Falcon Age (aside from it being an anti-colonialist game where you batter fascist robots): it knows what the audience wants, and that is rad cosmetic options for your falcon. Yes, you could sell your robot scrap parts and spend the money you get on sensible things, like bombs or ingredients. But why do that when you could get your falcon a little t-rex hat or a bowtie? You can also buy what I assume is the avian equivalent of hair dye to change the colour of your Falcon’s plumage.

Thus, my murderbird, capable of killing a whole entire goat and stripping the legs off robot spiders, does so with a majestic and full pink feathered beard and moustache, bright blue plumage, and a VR helmet. 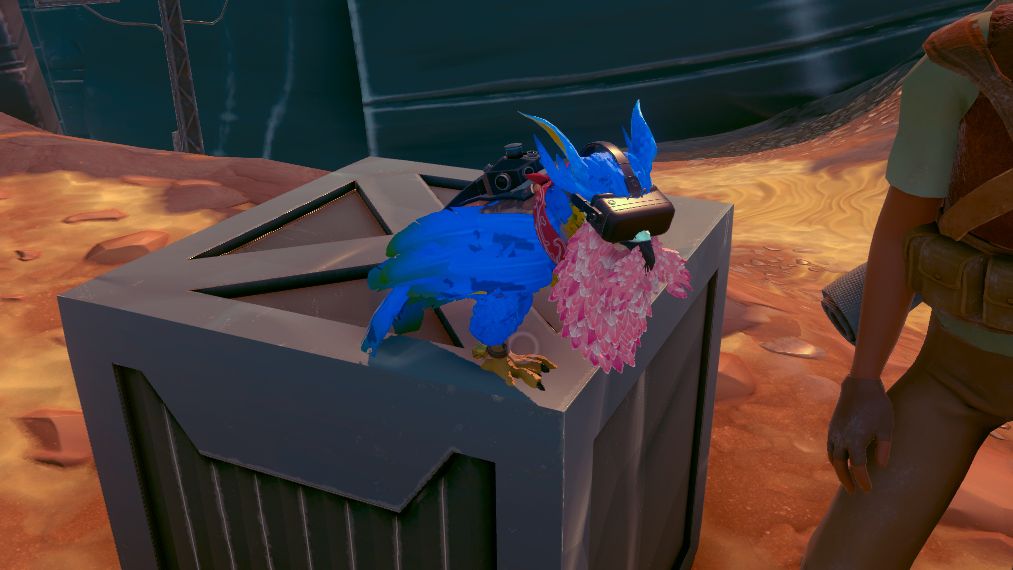 This is the future communists want

YES. Niggles with some of the controls there may be, and a few bugs I may have encountered, but honestly. Whomst among us doesn’t want to lace a bird of prey at a robot’s non-face?

Befriend a bird in Falcon Age on Steam today

Dress up a bird and make it dab: Falcon Age is out today on PC

Raise, train, and dress a bird in Falcon Age, landing on PC soon