I know I say this a lot, but I am always on the lookout for things that are a bit like Stardew Valley, but not. (Incidentally, for those interested in my battery chicken farm efforts, I have increased the size of my coop whilst giving the hens three squares of space to roam outdoors during the day.) Last week at the Wholesome Direct I learned of the existence of Little Witch In The Woods, and I am agog, reader, pure agog at the state of this game.

It’s from Sunny Side Up, a teeny dev team based in South Korea, and honestly I can’t get over how lovely it is. You play as an apprentice witch (size: small) named Ellie, and will spend your time making potions, studying magical creatures like birds that grow flowers on their heads, or round rabbity blobs called Squishychubs. As the valedictorian of her witch school, Ellie seems to expect a bit of a better placement than the tiny rundown forest town she ends up in. A witch’s work is never done. 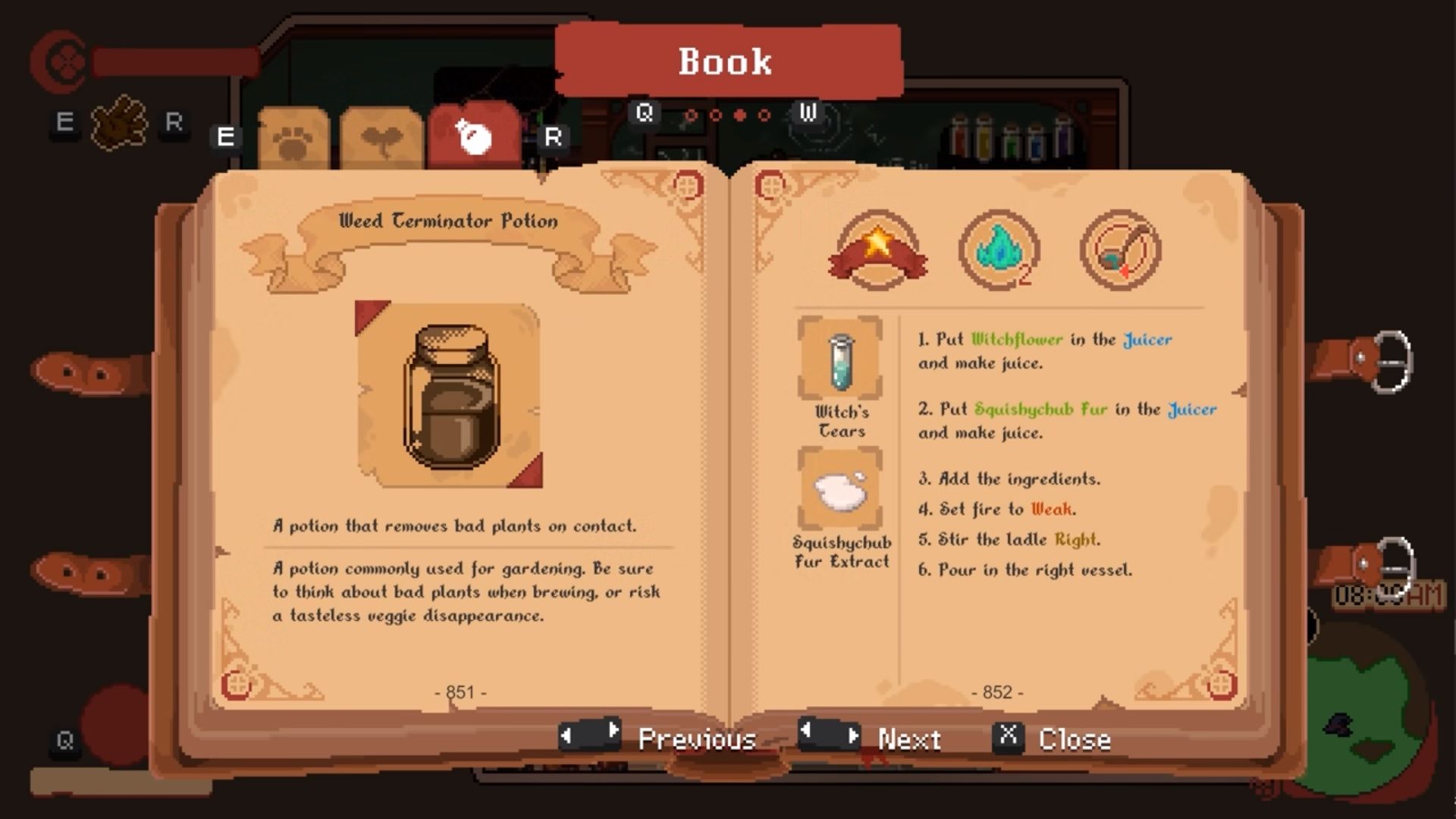 A trailer came out at the end of last year, but for Wholesome Direct the devs provided a little bit of fresh footage, showing Ellie brewing potions and then chugging one down for a speed boost, and throwing one to stun a pack of Squishychubs.

But the part I am most in awe of is the animation. Look at little Ellie go! Marvel at the ineffable cuteness of her run! Chuckle at the glug, glug, glug motion as she downs an entire bottle of potion in one go! 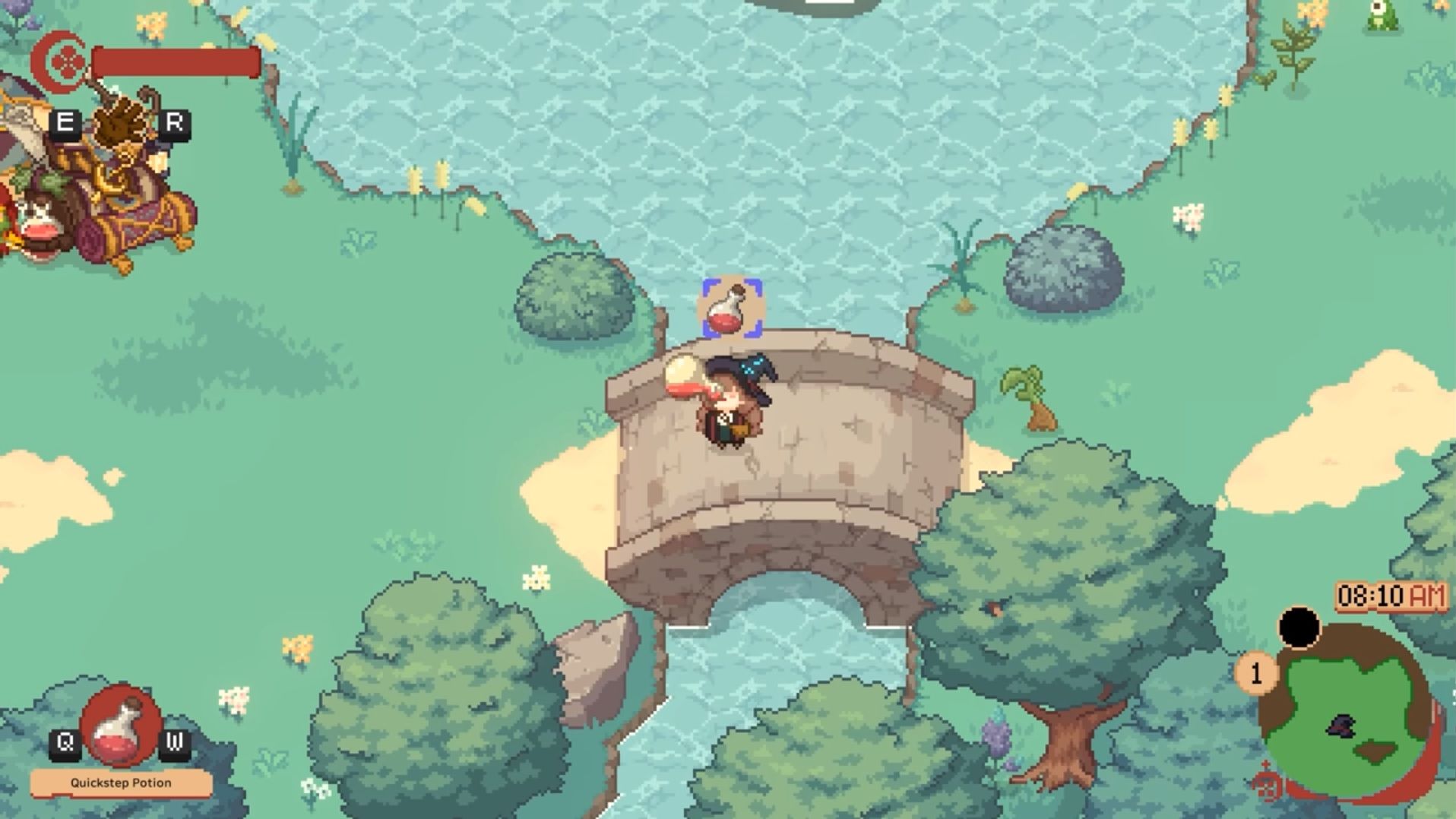 Little Witch In The Woods doesn’t have a Steam page or anything yet, but we will apparently be blessed with its existence next year. I’m not sure I can wait. I’m further excited by the fact that the trailer has an impeccable sense of comedic timing. I love the moment where she gets splatted in the face with honey and her expression does not change, but she stops bouncing happily up and down in her idle animation. Or her continual chasing of the triffid, the little plant with legs, only to then run back the other way pursued by some kind of giant sentient water drop. That kind of tone counts for a lot with me. 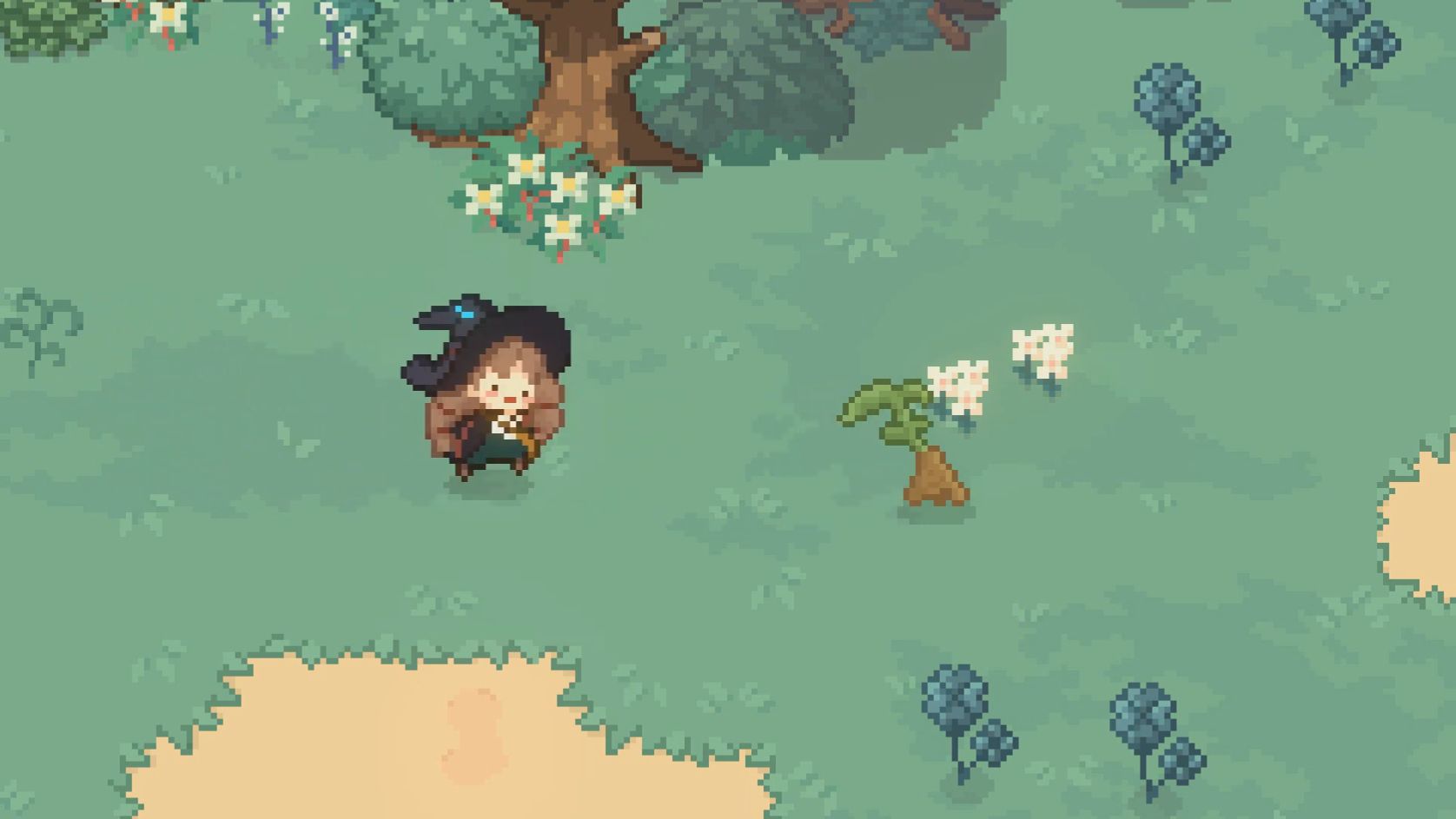 Even though we don’t know much about how the game will actually play, we’ve seen clips of genre staples like fishing, villagers to make friends with, gathering plants and ingredients – and of course, doing bits of magic. I really can’t wait to get my hands on this one. What is the magical version of battery hen farming, everyone? Answers please on a postcard to RPS Treehouse…

Tagged with Sunny Side Up, Wholesome Direct, Little Witch In The Woods.

More about Little Witch In The Woods