Your deals herald has a truly bumper crop of PC gaming deals for you this weekend, with massive savings on everything from Assassin’s Creed Odyssey and Doom Eternal to Cities: Skylines and The Sims 4‘s Eco LifeStyle expansion. GOG have also added new deals to their Summer Sale, with a tasty new Witcher Collection and a bunch of new free games up for grabs. That’s in addition to all their free game demos going on, too. So let’s dispense with the chat and get stuck in, shall we? Here are the best PC gaming deals of the week. 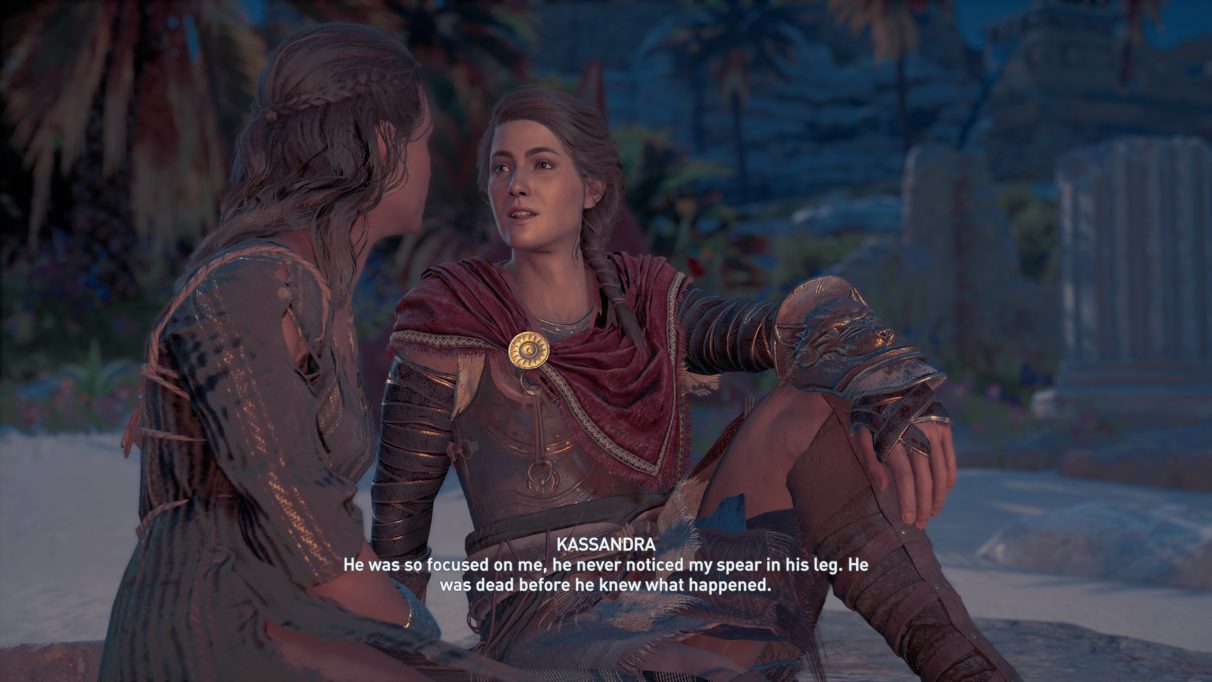 If all the recent chat around Assassin’s Creed Valhalla has convinced you to finally see what Assassin’s Creed Odyssey is about, then you’ll want to head on over to GamesPlanet, where you can nab it for 70% off this weekend. You can also grab the season pass for 53% off if you fancy it, but if you’re thinking of buying the two together you’d be better off getting the season pass-including gold edition instead, which is also 70% off and cheaper than buying the regular edition and season pass separately.

Elsewhere, you can grab 85% off Dark Souls III and 73% off Ni No Kuni II: Revenant Kingdom if you’re in need of some massive RPGs this weekend.

It’s also a good time to pick up Doom Eternal if you haven’t already, as GamesPlanet currently have it for 37% off. There are other Bethesda deals on as well, but the only other ones of note are Rage 2 for 72% off and Fallout 4 for 53% off, as you’ll find all the other games on offer cheaper elsewhere – primarily through GOG’s Summer Sale, which you can read more about below. 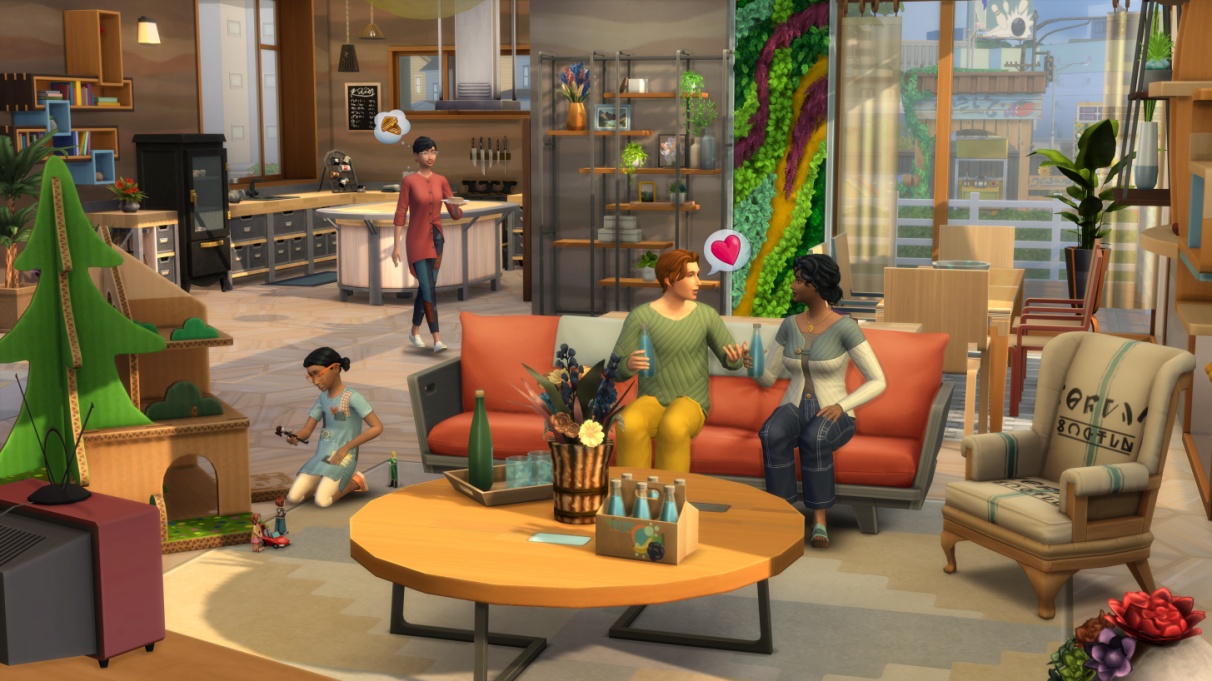 Itching to get the new Eco Lifestyle expansion for The Sims 4? Then you’ll want to head to Instant Gaming, where they’ve got it for a whopping 29% off at the moment, which is the cheapest price I’ve seen by quite some margin. You will, of course, need the base game of The Sims 4 for this to work, which you can also get from Instant Gaming for a tasty 80% off.

While you’re here, Instant Gaming is also the best place to pre-order Desperados 3 for a hefty discount of 43% off, too, which is much better than the 10% saving you’ll find over at GreenManGaming.

They’ve also sliced 38% off Mount & Blade II: Bannerlord, as well as 67% off No Man’s Sky, too, which are some of the biggest savings for those two games I’ve seen so far. 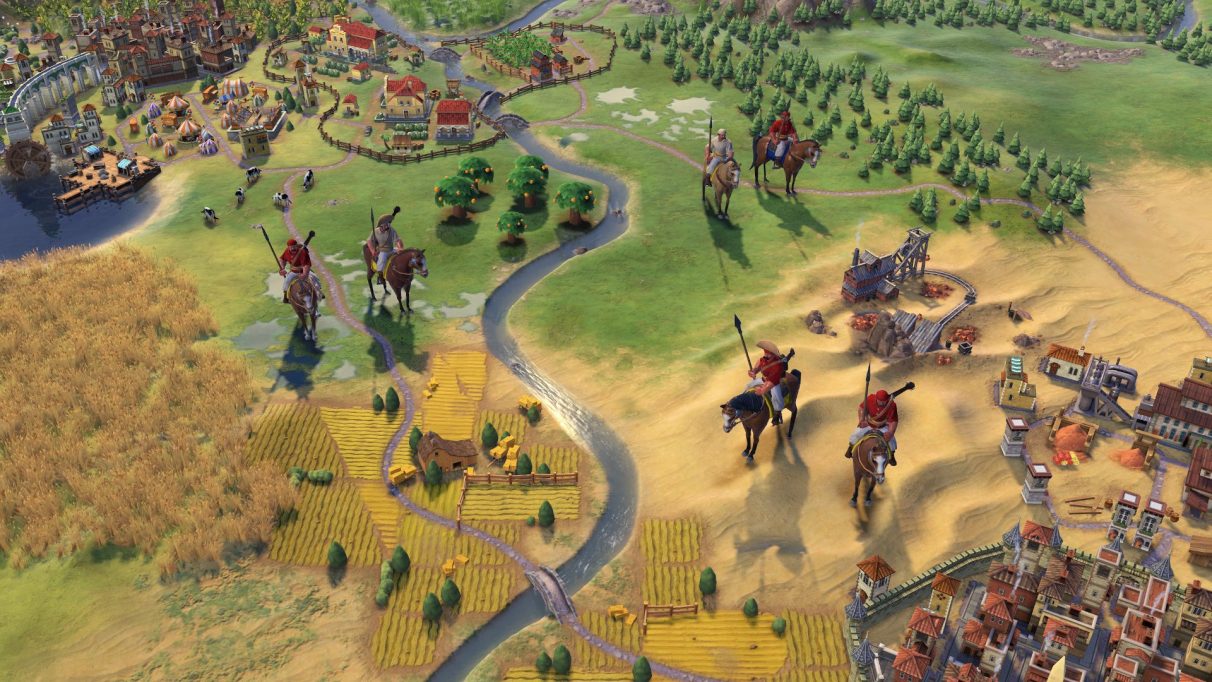 Meanwhile, Fanatical still have the best price for Civilization VI‘s new Frontier expansion pass, which is currently 15% off.

They’re beaten on price for a lot of other deals at the moment, but a couple of highlights include 10% off the upcoming Command & Conquer Remastered Collection, 60% off Rise Of Industry and 80% off their Neverwinter Nights bundle, which gets you the enhanced edition of the original game, plus four DLC packs and a 5% off voucher for your next order.

Finally, if you’ve been itching to jump aboard the Monster Train, then you can currently grab it for 10% off. 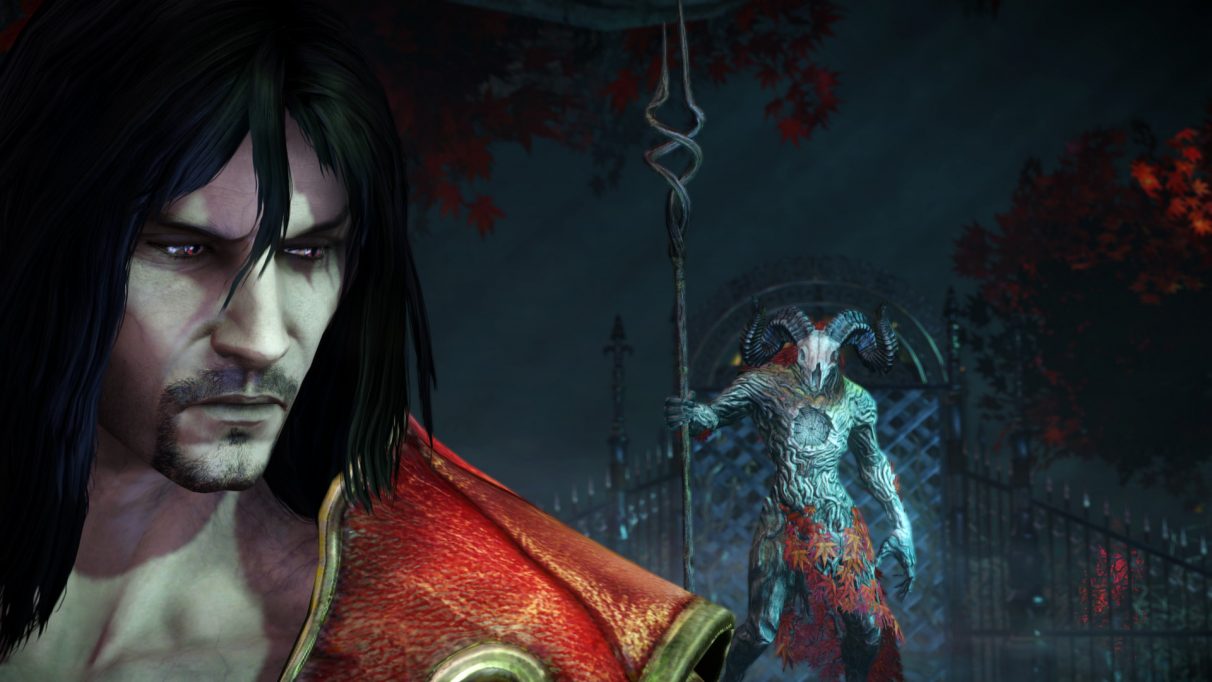 It’s pretty slim pickings over at GreenManGaming this week, but I do have to draw your attention to this ridiculous deal on Castlevania: Lords of Shadow 2, which is down to a mad 99p thanks to being 96% off. I mean, I had my issues with the game, but at that price even I’m willing to forgive its terrible goat maze. What a bargain!

There’s also 50% off Disgaea 5 Complete and 12% off Autonauts while you’re here, too. 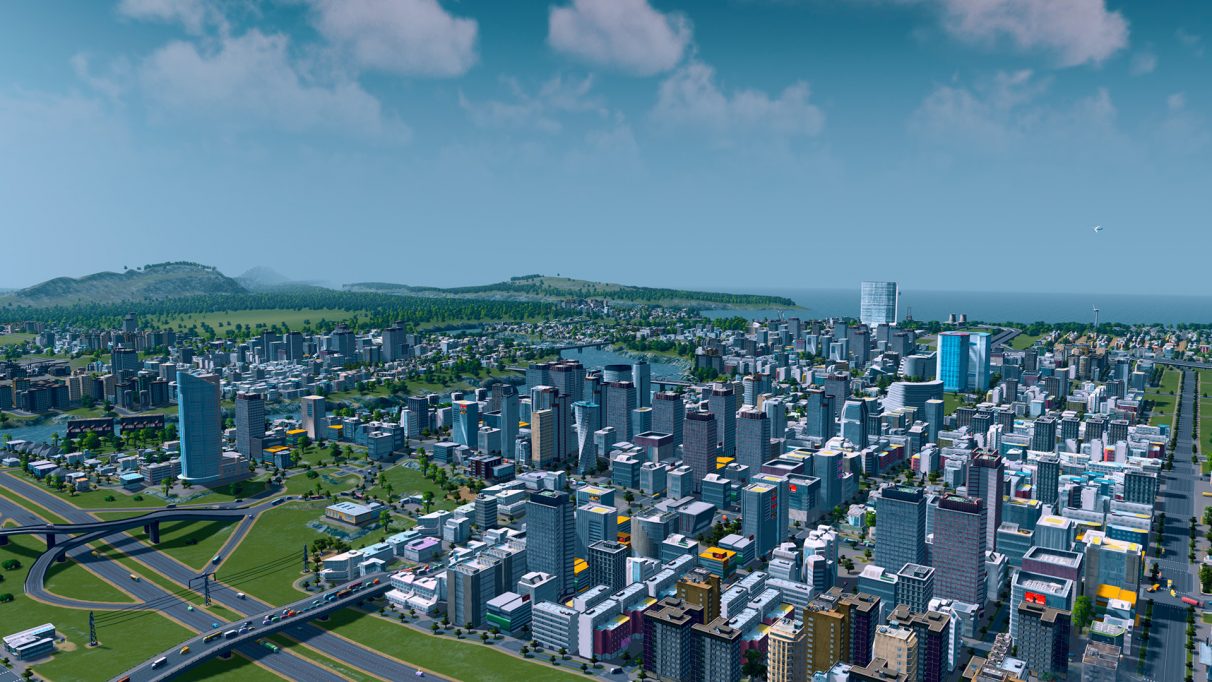 Humble is all about Cities: Skylines deals this weekend. As well as their ongoing Cities: Skylines Humble Bundle, which gets you the base game for as little as £1 / $1 and now 13 extra DLC packs for less than £15 / $18 (they added two more packs since our original news story), there’s also a wider Cities: Skylines DLC sale going on, too, with up to 50% off select expansions. There’s 50% off Parklife: Plus and 50% off Industries: Plus, for example (which aren’t included in the main Humble Bundle), as well as several radio packs. Remember, there are only four days left to grab the main bundle, so snap it up while you can!

Elsewhere on Humble, there’s a big 505 Games sale as well, with 50% off Control being the main highlight. There’s also 40% off Journey To The Savage Planet if you need a bit of a laugh this weekend, plus 40% off indie platformer Horace and 30% off indie platformer RPG Indivisible to name just a couple of biggies.

And if that wasn’t enough 505 goodness for you, you can also Build Your Own 505 Bundle, where the more you buy, the more you save. You’ll need to buy five games to get the top 85% off discount, but chuck three in your basket and you’ll still get a very agreeable 80% off as well.

Finally, there’s a big sale on loads of 2K Games, too, with a portion of the proceeds going to charity Covenant House to help homeless children. Top deals include 75% off BioShock: The Collection, 75% off Underworld Ascendant, 70% off Civilization VI, 75% off XCOM 2 and 25% off XCOM Chimera Squad. 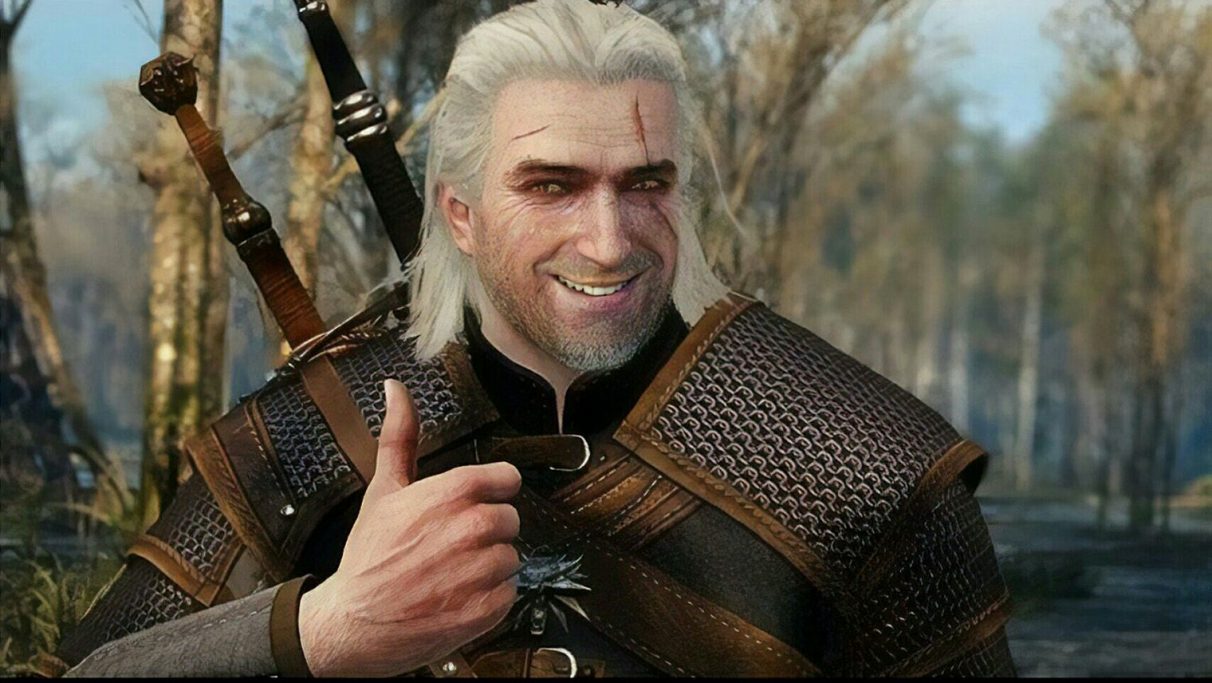 And last but by no means least, the GOG Summer Sale continues apace. New deals include the rather good value Witcher Universe Collection, which gets you all five of the main Witcher games for 75% off. That’s the Game Of The Year edition of The Witcher III, the enhanced editions of The Witcher I and II, Thronebreaker and the Witcher Adventure Game, which is much cheaper than buying them all individually.

You’ll also find hefty discounts on Prey at 70% off and Dishonored: Complete Collection at 70% off, as well as 55% off Metro Exodus, 25% off Disco Elysium and 50% off Divinity Original Sin 2: Definitive Edition to name just a few of the big hitters.

There’s also a giant Paradox Bundle you can take advantage of, where buying three or more games will get you bigger discounts. Games include Age Of Wonders: Planetfall, Battletech, Pillars of Eternity, Europa Universalis, Stellaris and Surviving Mars as well as loads of accompanying DLC packs and expansions, so there’s plenty to sink your teeth into.

Daedalic have a similar bundle deal on as well, too, where buying three or more games from the likes of Deponia, The Pillars Of The Earth, Shadow Tactics: Blades Of The Shogun, State of Mind and more will get you bigger discounts.

Or maybe a Devolver Bundle is more your thing? Once again, it’s buy three or more to get the biggest savings, and with games such as Absolver, Ape Out, Gris, Enter The Gungeon, Katana Zero, Minit, Shadow Warrior, The Messenger and loads more to choose from, this could be a very good way of moping up any indie games you’ve missed from the last year or so.

Don’t forget about all those free games and free demos that are on, too. If you want to give Desperadoes 3 a go before you take advantage of that big Instant Gaming discount above, for example, this is an excellent way to find out.

As you may have seen by now, I’ve shifted our hardware deals into separate deals articles now, which will hopefully be more useful, and make it a lot easier for you to find what you’re looking for. You’ll find our regularly updated deals pages for graphics cards, CPUs, gaming monitors and SSDs below.