Thalia wakes up from a vivid nightmare, and realises it’s 9pm. Her friend drags her to a party she forces herself to go along to, where she worries she’s unwelcome, has an anxiety spike and has to leave.

I’ve played only the demo so far, roughly an hour long, but I’m ready to go all in. I am quite excited about She Dreams Elsewhere. 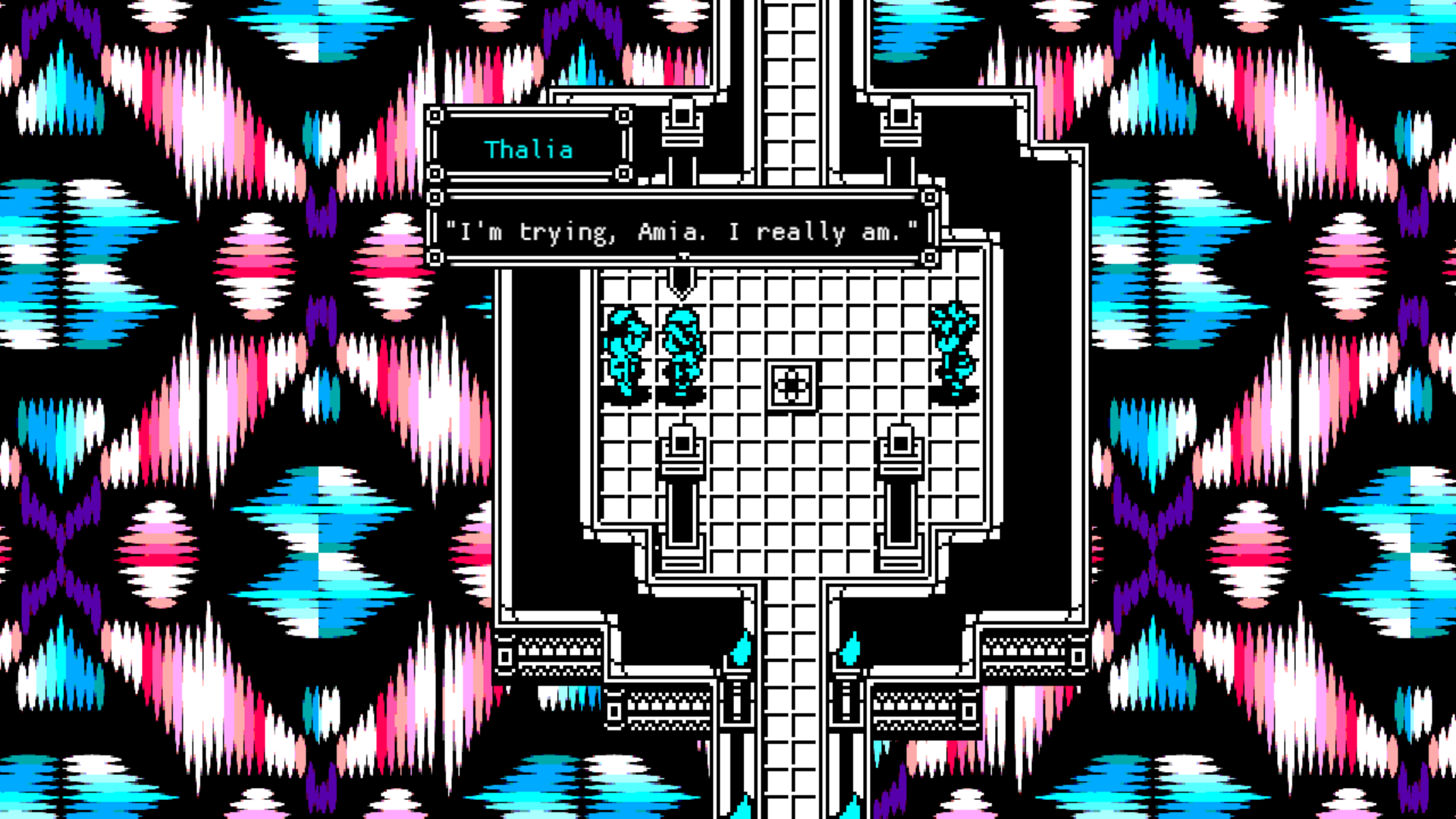 “This is me trying” is a very familiar moment.

It works like a JRPG, let’s get that out there. I almost never get on with those, but its plot moves quickly enough, its combat avoids enough grind, and its characters are well drawn enough to pull it out of that mire.

Thalia soon becomes trapped in what appears to be a dream, along with her two friends, who I absolutely love for their immediate acceptance of the bizarre situation. They can see something impossible is happening and sure, they want an explanation, but they accept that there isn’t one yet and get over it. Their friend is in trouble and they’re just ready to fucken go. That extends beyond checking in on you, to fighting for you without hesitation in its turn based fights against nightmare creatures. But even the side characters I met briefly at the party had personality, and evidence of a past and hinterland that I might never know about. 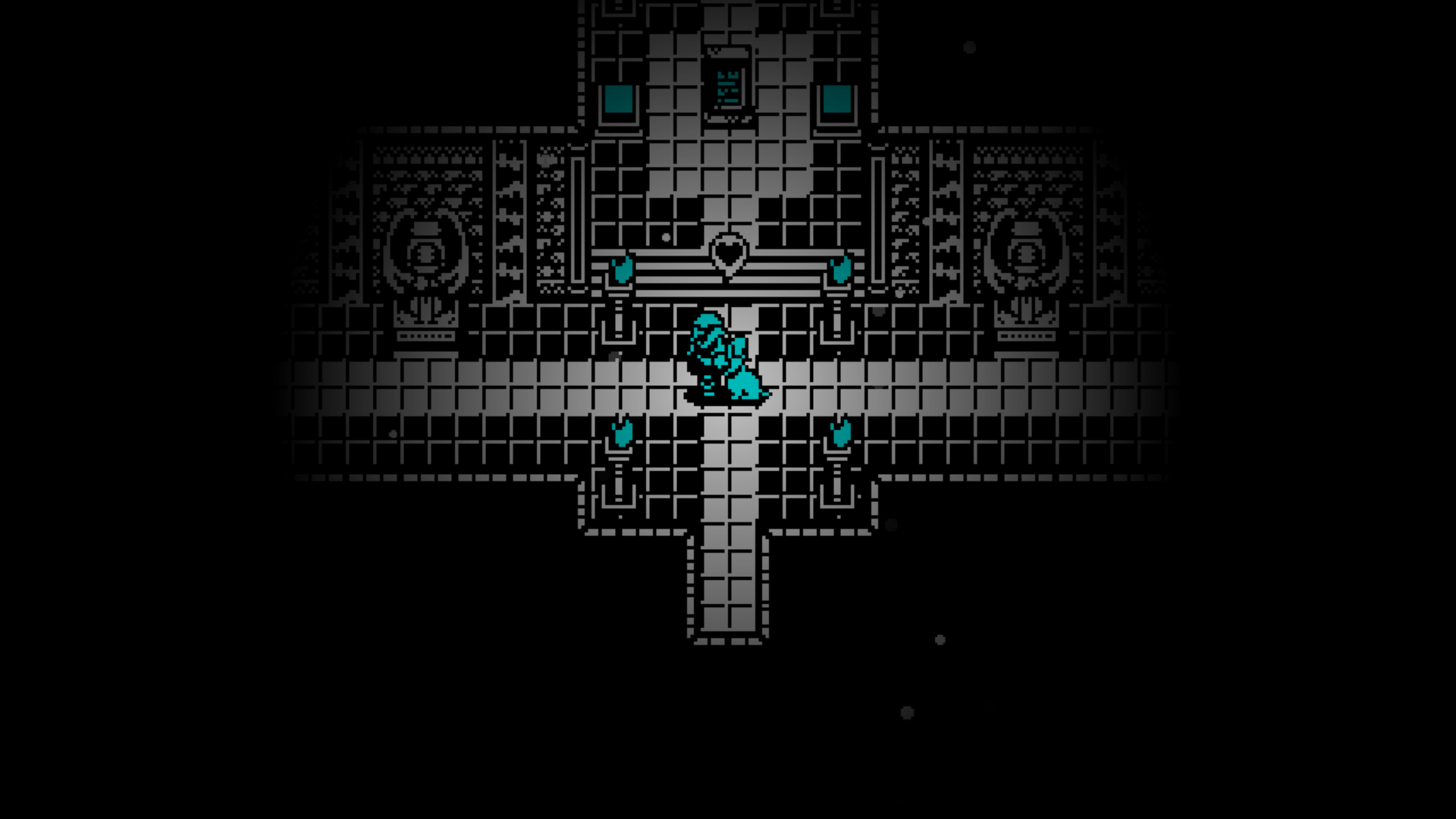 The fights generally revolve around finding the weakness of each enemy type and using the relevant special attacks to take them out, charging up your strongest powers, healing and reinforcing each other, the usual. They avoid excessive fiddling around despite all this. But your best bet is the link up, in which, if all enemies are stunned on your next character’s turn (there’s an initiative system rather than a per-side tit for tat one), your whole team can combine their strength for a devastating attack that might finish the fight in one go.

It doesn’t beat you over the head with it, but the subtext of this is clear. When you win a fight, the celebratory text says not “You win!” or “Victory!”, but “safe & sound”. The plot is kicked off when Thalia chases her dog into a nightmare world without hesitation, which I can obviously relate to. Thalia’s brief pep talk in the mirror is less a case of “you can do this!” and more “you can’t get out of this”, and even when her friend asks her what’s wrong at the party, the option to “just tell her straight up” is refused by Thalia herself with a hollow laugh. She fights intrusive thoughts and self-recrimination and constant worries that the slightest nothing must be a sign that she’s let someone down somehow. Half her struggle is hiding how much she’s struggling from the painful light of people who care. The dialogue and narration are concise but very real. I have literally said and thought some of these things. 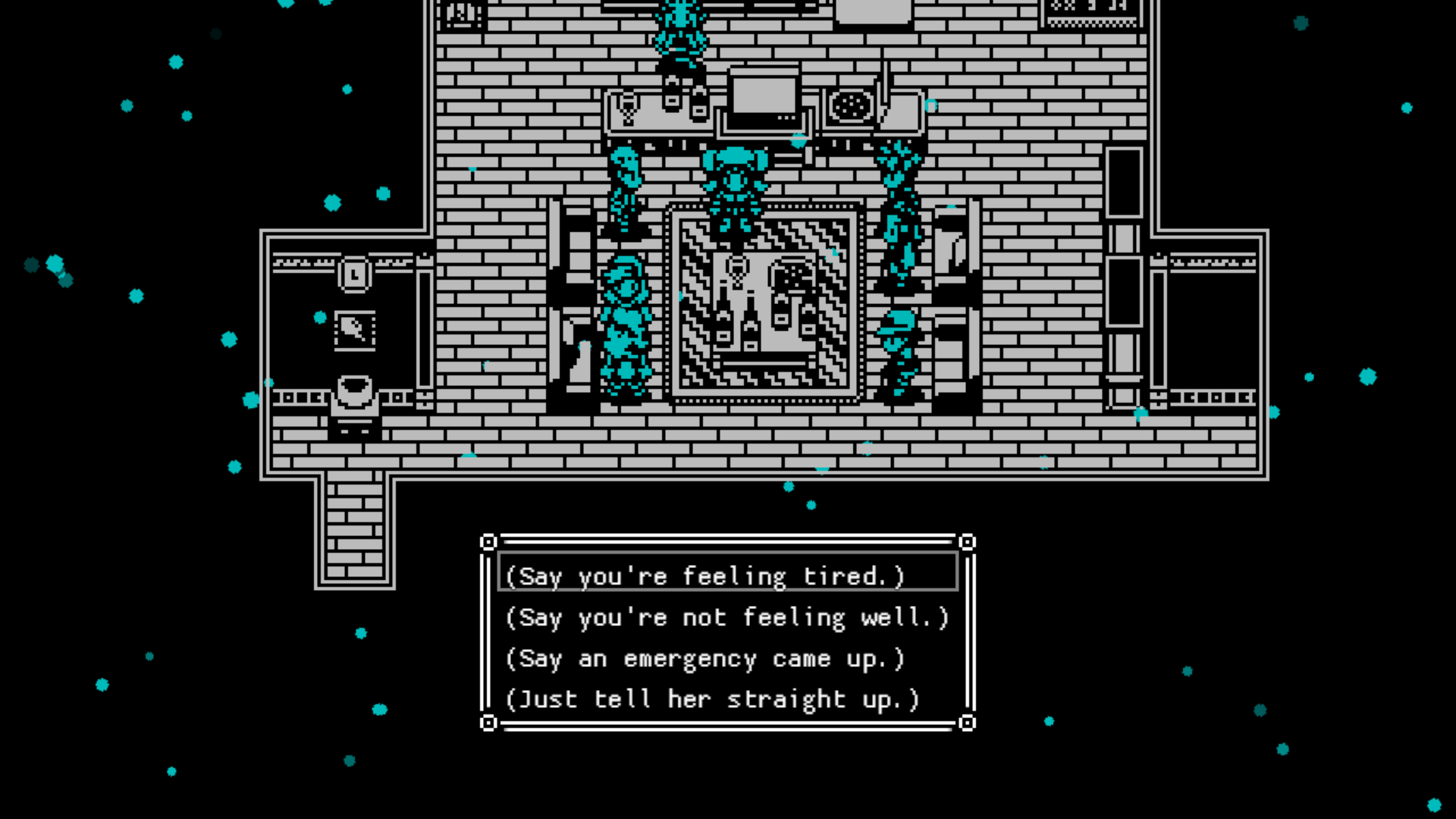 And yet, the mood is oddly comforting (although the vivid purple skulls when enemies suddenly appear are surprisingly jarring as they lunge out of the darkness that surrounds you. It’s a cool effect). The soundtrack is dark but not oppressive, and alternately mellow (sometimes the two overlap), and the warmth and occasional bickering between your friends rings of deep affection. I am very keen to see where this goes and you should definitely try the demo.

She Dreams Elsewhere is due out this year, and you can try its demo now on Steam.

More about She Dreams Elsewhere

Overcome a personal nightmare world in She Dreams Elsewhere