At this year’s not-E3 Sony PlayStation Stream Not For Smelly PC Nerds they accidentally let some PC games slip into the line up (presumably they were all wearing fake moustaches and trench-coats with ‘DEFINITELY A SONY EXCLUSIVE’ embroidered on the back).

One of these was a game called Little Devil Inside, and all of us who stayed up to watch were immediately drawn to its new trailer, even though we weren’t fully sure what it actually was. You can check out the new trailer that so charmed us below, where you can see this weird but definitely charming action-adventure RPG in, well, action. But it turns out Little Devil Inside has been under our noses the whole time. We just weren’t paying enough attention.

Your ol’ pals at RPS already wrote about Little Devil Inside way back in 2015, when it first popped up on Steam Greenlight and Kickstarter. It was originally aiming for release in 2016, and the developers’ official website still says it’s coming to WiiU. But it’s definitely now nextgen, as the shiny new trailer showcases.

Although we’ve not had an official press release, I can say with some certainly that I think this looks fucking aces. The story seems to be that you play as the assistant to a slightly eccentric professorial type, who studies the supernatural and the monstrous. This seems to involve you going out into the inhospitable wild and collecting samples, often via boss fights with huge and terrible creatures. There’s at least one scene where you are chased by what look like Minions riding ferocious hotdogs. The trailer has an excellent sense of humour, too, juxtaposing your boss’s comfort with you shuddering under a rock in a storm.

If you’re interested in more details – they exist! The official YouTube channel has tech demos and test builds going back a few years. There’s one from 2017 that’s really lovely, showing details like a percentage hit chance when aiming a gun, or the “Mephistore” wagon in the middle of the desert, complete with piano playing skeleton. 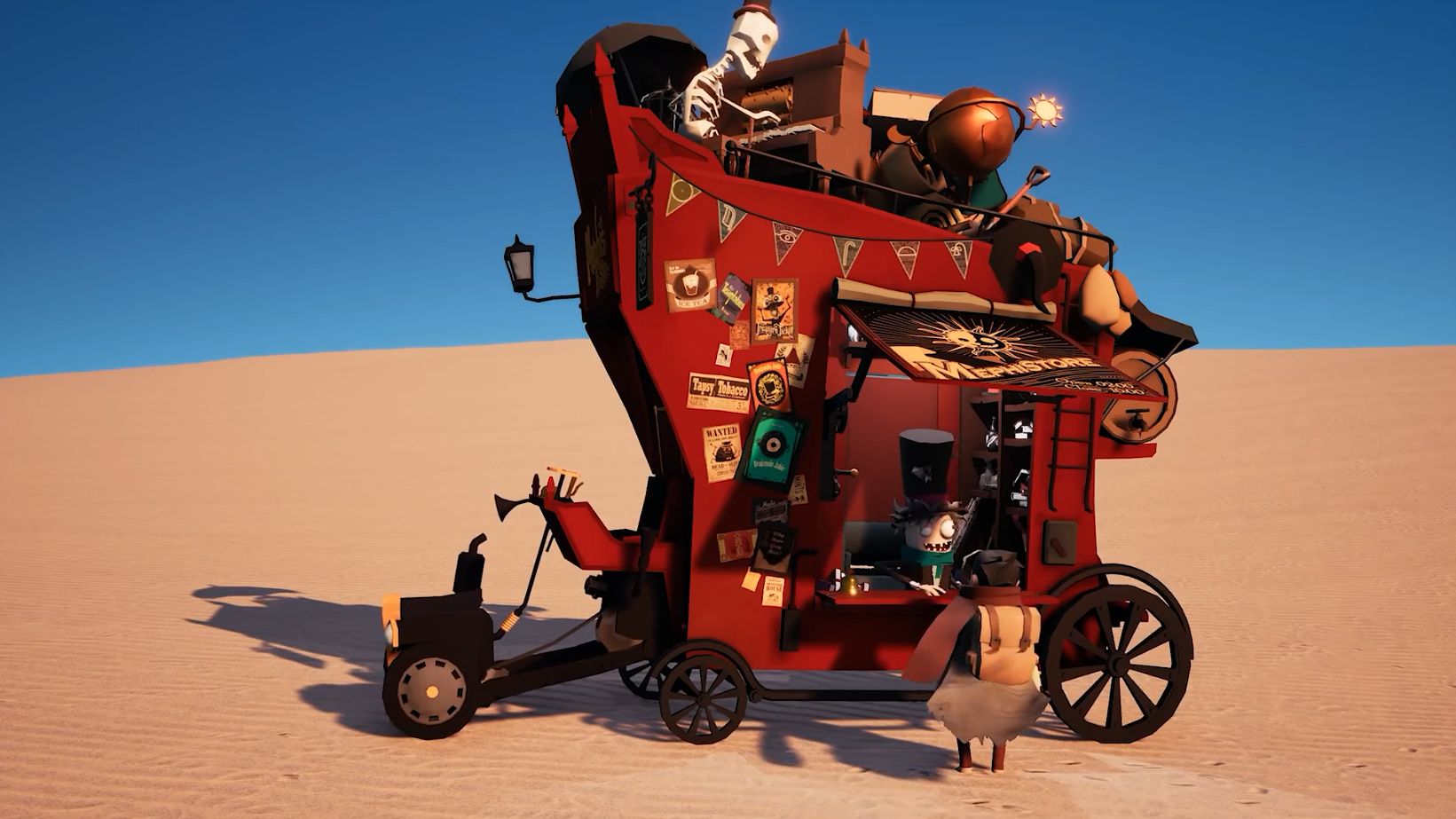 What’s that? You want something more recent? P’shaw. But fine. There’s a video from six months ago, too, showing your little survival fella trekking through a snowy island after leaving what looks like a submarine crash on the beach. This video, in particular, shows a lot more survival bits, as you rifle through abandoned huts to find warm clothes and start fires in empty hearths. (There’s also a little stat bit on the HUD measuring health, hunger and thirst, which I assume is a placeholder because it appears to be ripped literally directly from survival roguelike Below.)

However finished Little Devil Inside is – and don’t get too excited, ‘cos we don’t have a release date yet – it has already won my heart. The mix of violence and whimsy, like salty and sweet popcorn, is the sort of thing that could really win me over to a survival game.

More about Little Devil Inside

Little Devil Inside devs apologise for "racist" character designs, promise to change them