Red Thread Games, the studio behind Dreamfall Chapters and Draugen, have announced a new action adventure game, Dustborn, with a shiny trailer.

It’s a road trip game about a sooorta queer-coded group of misfits driving a mysterious cargo across America, chased by “fanatical Puritans” and blocked by “the authoritarian Justice”. Also you’re a folk-punk band, and must practice around the campfire for a showdown at Battle of the Bands. No, really.

You’ll play as Pax, a pregnant ex-con with minor superpowers. Apparently “words have actual power” in this world, and you’ll get to “use weaponised words (fuelled by disinformation) in combat and conversations, to fight enemies, manipulate strangers, and motivate friends”. Does that mean they’re glorified magic spells? Does it mean it’ll really examine and probe the role of linguistics in society? What happens when the meaning of a word changes over time and ends up meaning its opposite? I do not know. The brief flash of actual gameplay we get sees a woman with a baseball bat fus-ro-dah-ing some robot cops with an accompanying, Adam Westian “MOVE!”, which seems in keeping with Dustborn’s purported graphic novel inspiration.

The rest of the band are a big deal too, according to press releases. They’ll have magic powers of their own, conflicting personalities and subplots and stories and that, which you’ll pick through in branching dialogues. One of them is a robot, and I’ve just this second noticed that one of them has vitiligo, something I’ve only ever seen in one game. I perk up at this because I have it, but I’m already absurdly white and it only really affects me because it coincides with a lot of other autoimmune disorders, but on someone darker skinned it opens up some potential struggles with racism, healthcare, and self-image. Or, y’know, it might just be not a big deal.

It’s clearly wearing a lot of themes on its sleeves, is what I’m getting at, which is exciting and potentially timely, but not without its hazards. And hey! It could also just be a cool fun ride about smashing up some jerkass autocops. Is it… how sad is it that I really liked the bus seats? It’s pretty sad, right? I spent my holiday on a bus once, during a flood. It wasn’t very good. 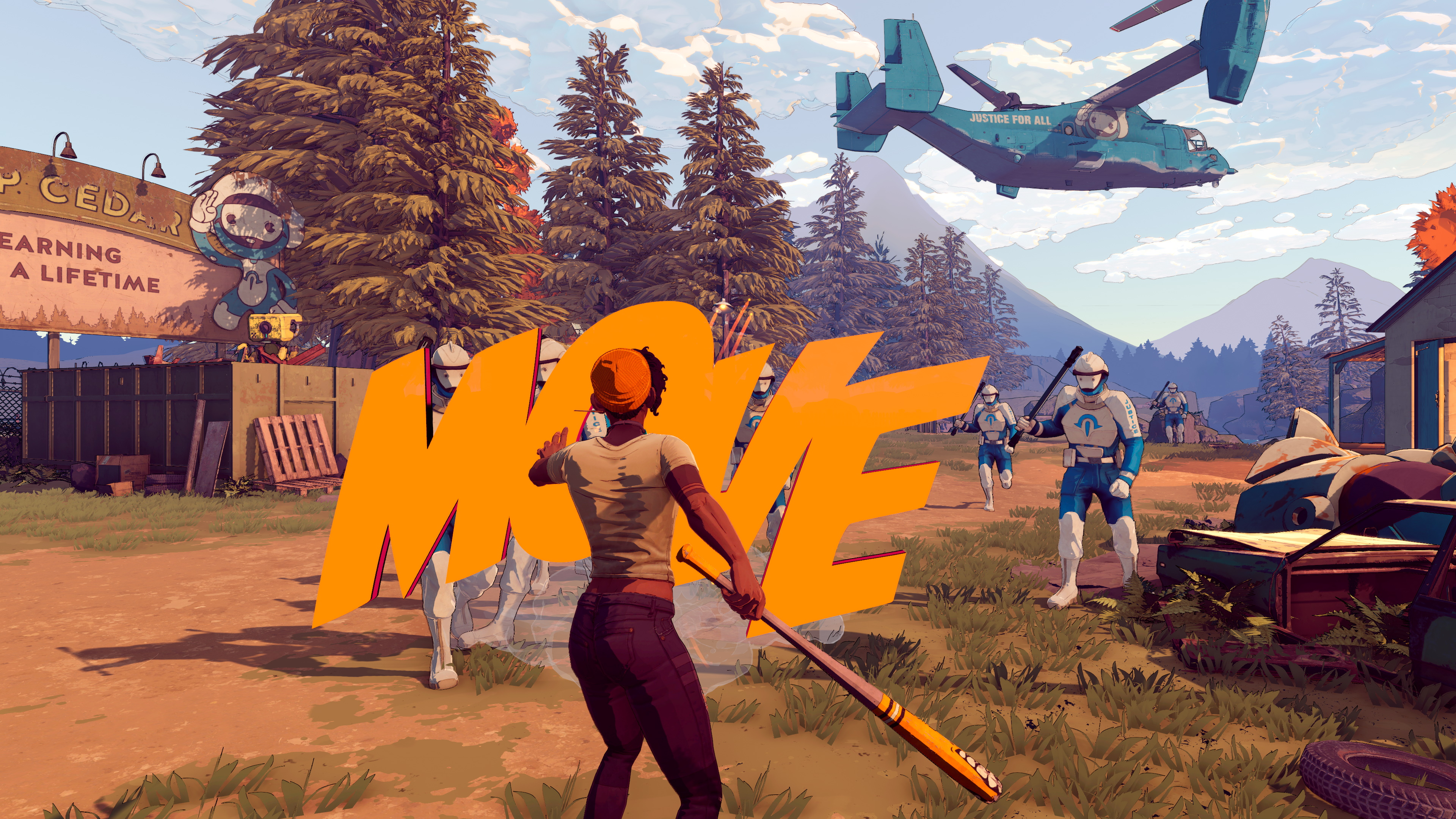 People who congregate in doorways.

Red Thread have a pretty strong pedigree. They formed after splitting from Funcom in 2012, later releasing Dreamfall Chapters and Draugen, which Alice B spoke of warmly in her Draugen review. Story-driven games are very much their bag, and this one looks like it’s making a more explicit political statement. I’m very mildly apprehensive, but mostly intrigued to see what shape this one takes.

Dustborn is due for a 2021 release on Steam. See its website for more.