When the trailer for Dwarfheim popped up during the PC Games Show earlier, I was underwhelmed. In fact, if anything, I was antiwhelmed. I love dwarves, as you probably know. And I love Dwarf Fortress. And when you really love something, you can get protective of it. Over the last few years, there’s been an increasing trickle of management-ish games themed on dwarves, and while some (like the promising Hammerting) seem thoughtful and original, there’s an awful lot of churned-out dross to pick through if you want to find the gems.

Dwarfheim, then, initially seemed to fall into the latter category – the trailer had a gruff Scots voiceover saying forgettable things about chieftains and clans and conquering, and the game’s visuals had that balloony, buildings-rising-out-of-the-ground quality that instantly evokes garbage mobile games with names like Clash Of Empires Mobile, King’s Conquest Online and Clans: Build Your Kingdom. The name “Dwarfheim” doesn’t do a lot to dispel the notion, does it? But my goodness, did this trailer ever bury the lede. Because the thing about Dwarfheim – and I’ve not got time to properly think this assertion through, so apologies if I’ve missed something obvious – is that I think it’s doing something entirely new with the real time strategy format. And if it does what it looks like it does, it could be amazing. 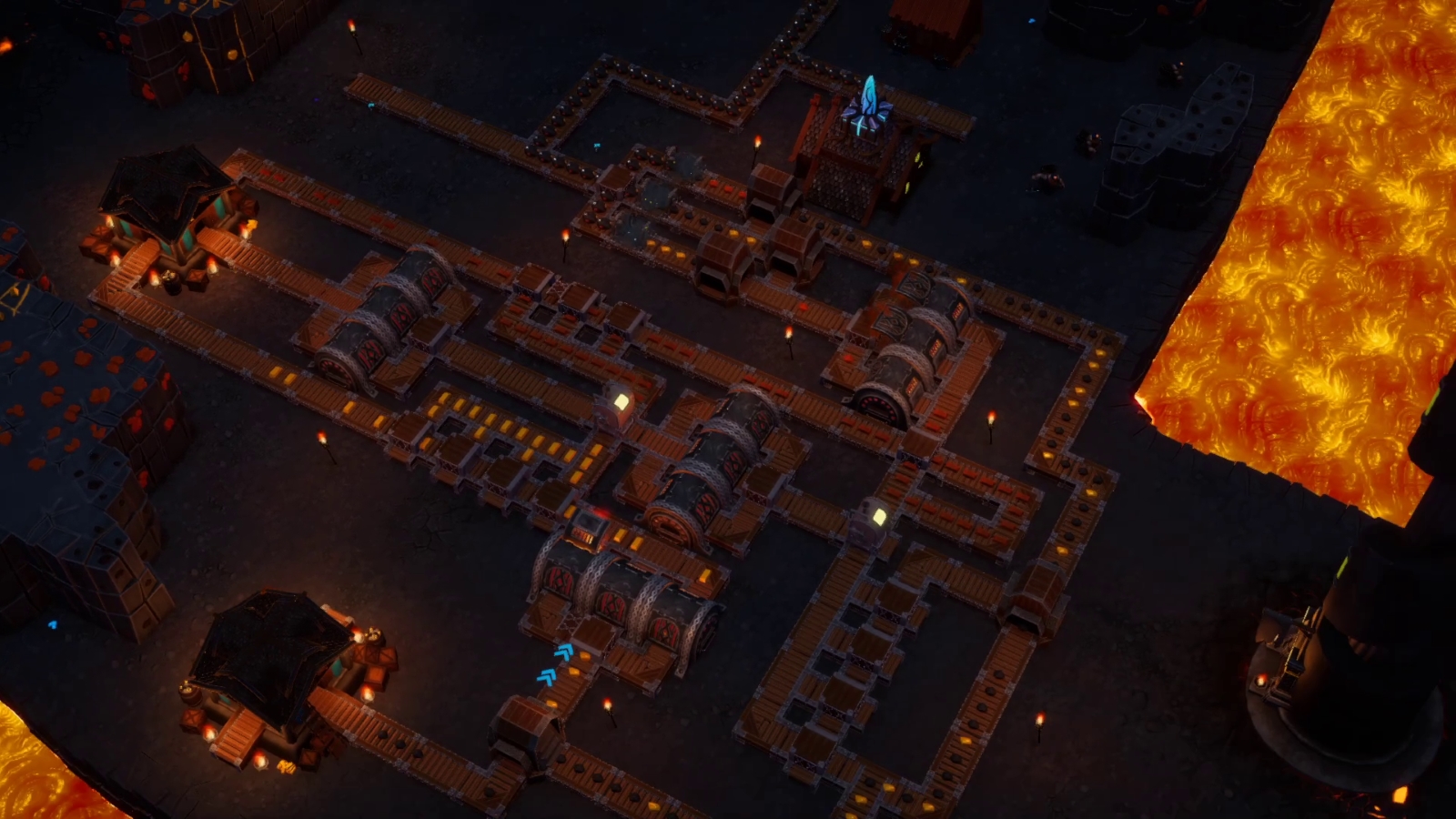 If there is a not-completely-obscure-and-ancient game that has done this exact thing before, and I’ve managed to entirely forget its existence, please forgive my oversight, and be sure to mention it in the comments. But as it stands I think Dwarfheim is an original.

From the looks of it, your settlement in Dwarfheim has two layers: an overworld layer, where your buildings and farms and walls and stuff are, and an underworld layer, where you dig for precious ores and gems and other Gimli treats. And when you play Dwarfheim, you play as a team of three. One person manages the underground, one person manages the overground, and the third person wombles free, by which I mean “does the fighting”. Because with rival clans and wandering trolls to deal with in the overworld, and hordes of gribblies making incursions underground, there’s war to be done on two fronts.

And what I really like is the differentiation in the roles. The underground game looks to be something in the Factorio mould, using production lines and banks of automated machinery to process dug-up raw materials into complex resources with which to build things and arm troops. The overground game, meanwhile, looks quote Age-Of-Empires-2-ish, with lumber camps, farms, and all those sorts of things going on. The military game, of course, is presumably your standard RTS fare. 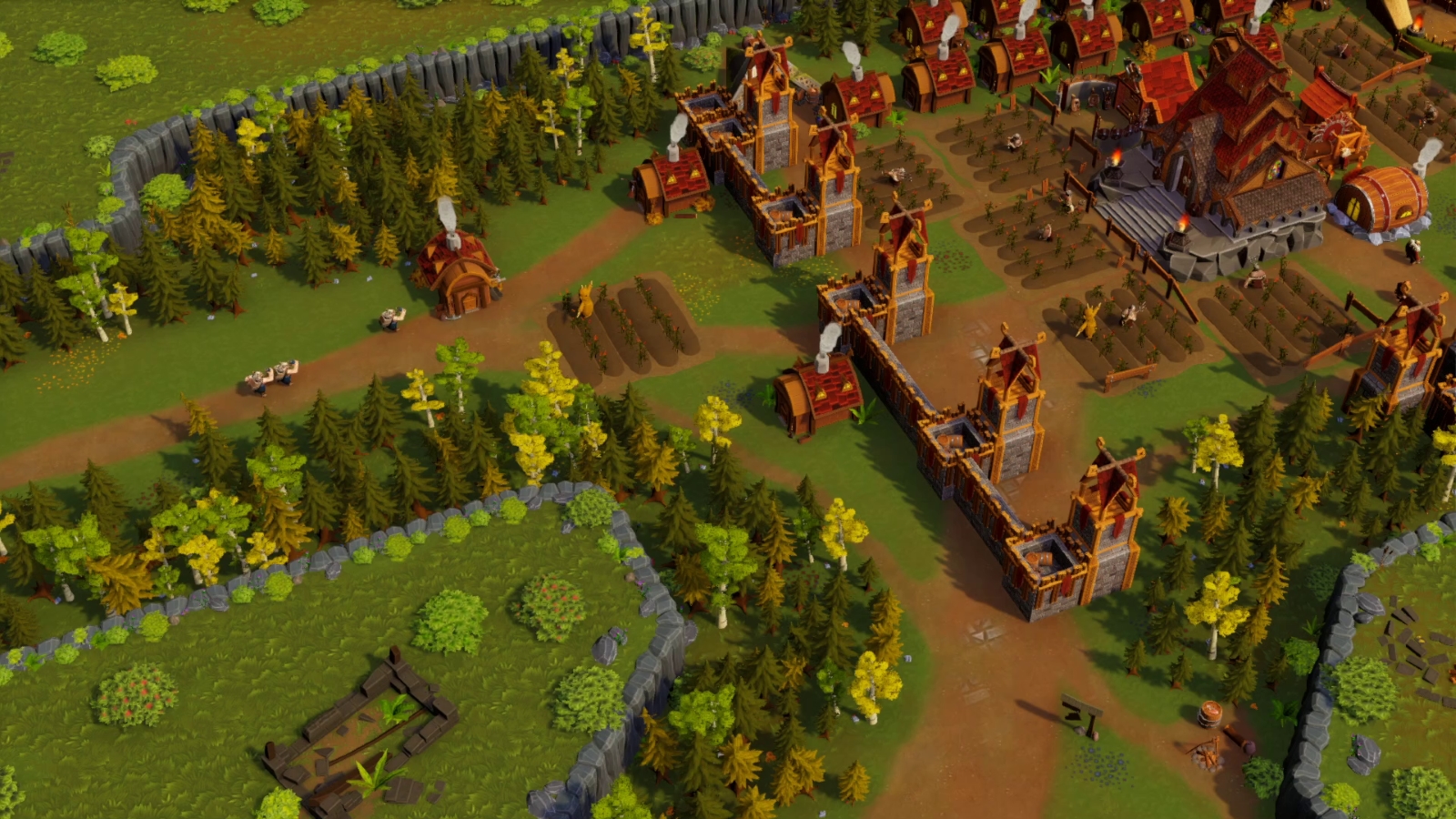 The first reason I like this is that it opens up the possibility to play the bits of an RTS you particularly want to play. Sometimes while playing AOE2, I wish I could just get on with quietly booming my economy, without having to constantly hotkey my way over to four different simultaneous battles and micromanage crossbowmen. Equally, sometimes I just want to get stuck in with the brutes, and have someone look after farm placement and resource management for me. It had never even occurred to me that I might want to just play a game of Factorio under the map while two mates do all of the actual Age-Of-Empiring, but good gravy would I ever like to do just that. It’s a hell of a promise.

But the second, juicier reason I like this mechanic, is that it opens up a fascinating metagame about interplayer communication. The underlord, I presume, would constantly be fielding resource requests from both the overlord and the warlord, and would have to decide how to split output. Meanwhile, the warlord would be having to work out what troops to send underground, and which to keep above the surface. And the overlord would have to constantly negotiate where to send all the food. If handled deftly, the whole thing has the makings of something beautiful, full of dilemmas and bargains and tense team politics. 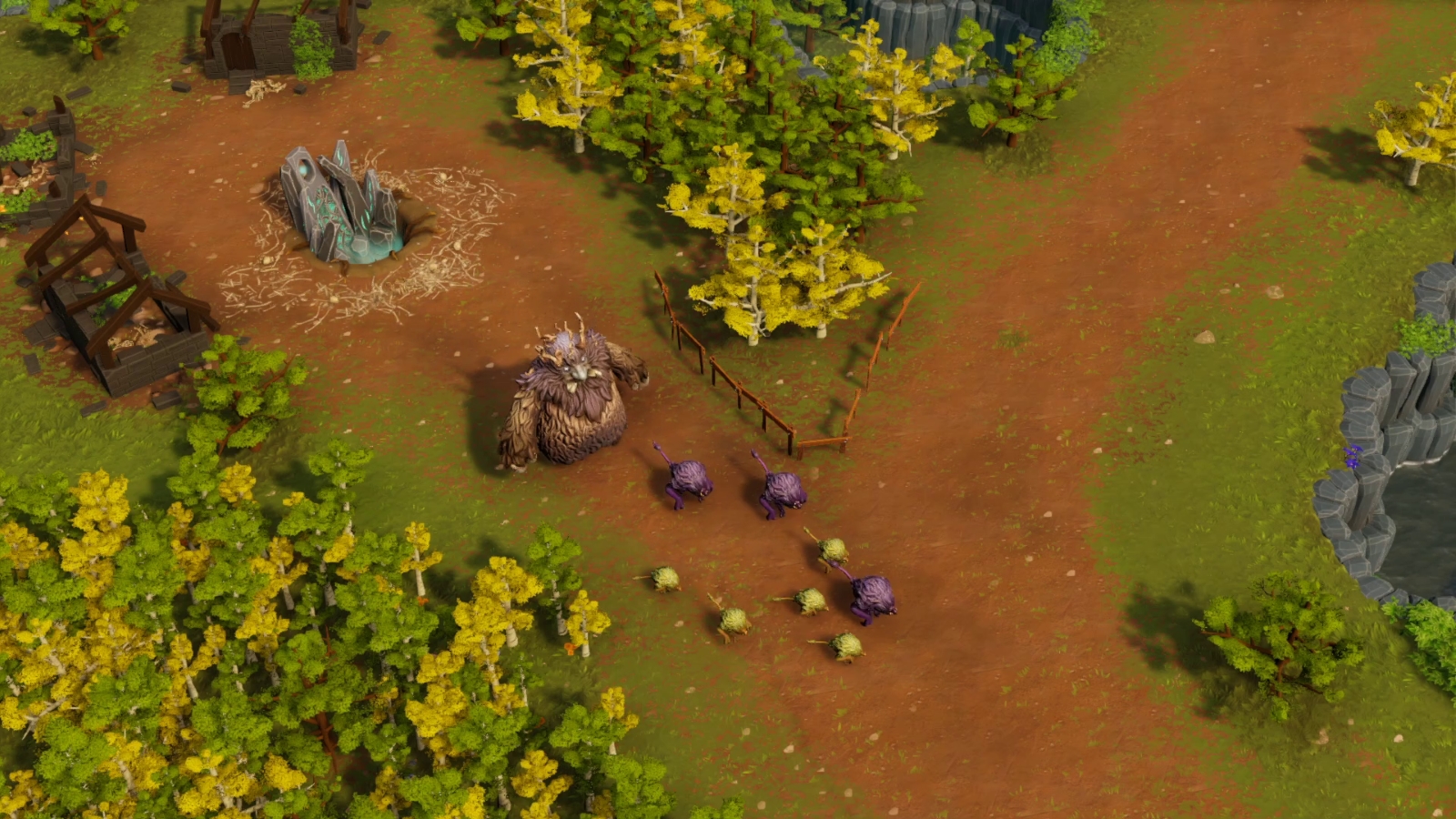 By my beard, I hope developers Pineleaf pull it off. I can’t remember the last time I went from complete contempt to frothing excitement over a game in the space of a one minute and three second trailer, and I will be genuinely delighted if the day comes when I have to awkwardly skirt around my initial dismissal of Dwarfheim to the faces of the people who made it, because it turned out to be a smasher. Tentatively, they have my axe.

They can have yours too, potentially, as Dwarfheim is having itself a beta from June 19 through June 21, and you can sign up for it here.

Co-op RTS DwarfHeim will launch in early access in October, and gets a new demo today

Two thirds of these games are about dwarves or pharaohs.