We already know there are loads of PlayStation 5 games coming to PC, but now it seems the entire look of Sony’s new space age console box is also borrowing a fair bit from existing PC case designs. Specifically, Zotac’s MEK1 mini PC, as their Italian Facebook page recently asked fans to “spot the difference” between the two machines, and yep, I’m definitely having a hard time telling those two things apart right now.

First spotted by WccfTech, the Facebook post is no doubt just having a bit of fun with Sony’s PS5 design, poking fun at the similarities in its design rather than its actual size. After all, Sony haven’t released the official dimensions for the PS5 just yet, and I’d be very surprised indeed if it ended up being as large as the MEK1, which measures a sizeable 418x118x415mm.

However, while Sony may be keeping quiet about the exact size of the PS5, that hasn’t stopped the internet from trying to make some educated guesses since its big reveal last Thursday based on the size of the official render’s Blu-Ray drive – and the results of their findings suggest there may be more to that innocuous Facebook post than you might think. 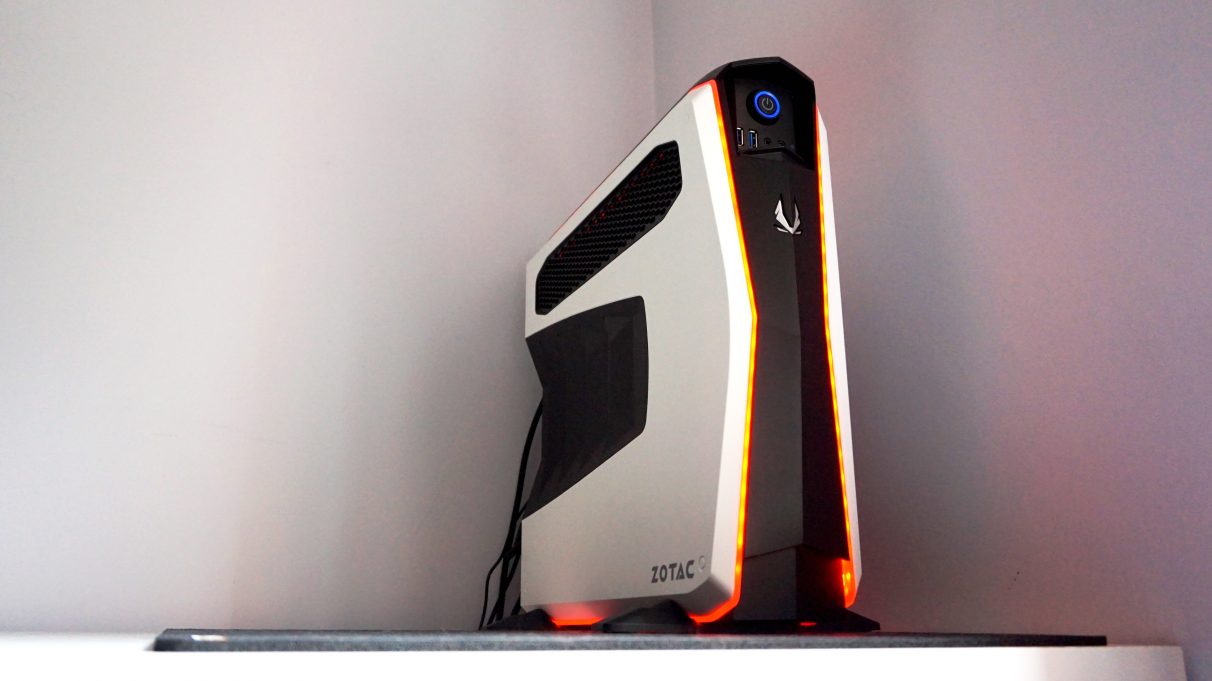 Could Zotac’s MEK1 mini PC be a glimpse of what’s to come with the PS5?

Indeed, some estimates are calling it the biggest games console ever made, while others suggest it’s going to tower over the Xbox Series X – which we already know is going to be quite a chunky console based on the hands on reveal by our friends at Digital Foundry.

However, the PS5’s potential PC-esque stature was brought into even sharper focus yesterday when PlayStation’s vice president of UX design Matt MacLaurin said on LinkedIn that the real reason why the PS5 is going to be larger than the PS4 Pro is because of its increased thermals. Alas, the post seems to have since disappeared, but our other friends at VG247 managed to note down what MacLaurin said before his comments were taken down.

When asked by another commentor, why Sony had made the new product “bigger and bulkier” than previous PlayStation consoles, MacLaurin replied: “Thermals. This gen is little supercomputers. While the 7nm process delivers amazing heat performance for the power, the power is very extreme.” He then expanded in another comment (also since deleted from the looks of things) that, “This tech is still so fresh it throws a lot of heat so we need room to dissipate.”

In short, it would appear that console gamers are finally discovering what it feels like to own a PC, so maybe Zotac’s jokey MEK1 comparison isn’t actually that far off the real thing. All will be revealed once Sony cough up those all important dimension figures. On the plus side, if consoles are indeed bulking up to the size of miniature gaming PCs, then maybe we’ll finally start seeing some TV cabinets that are big enough to hold a proper PC going forward, because man alive what I wouldn’t give to be able to tuck my living room PC under the TV instead of plonking it on the floor next door. A girl can dream, can’t she?