Like many CCG-curious people, I can’t even think about playing Magic: The Gathering properly. Building a deck from a library of thousands of cards and mechanics makes impossible demands on my time and – frankly – ability. But that’s about to change with Jumpstart, a new format that’s due to launch July 17 on paper in the US and also in Magic: The Gathering Arena, its excellent free-to-play PC-based incarnation.

Look, I’m not the only one. “I still have a hard time confidently knowing how many lands to put in my deck,” Mark Heggen tells me. And he’s Magic’s principal product designer. So Jumpstart sounds interesting to me as an official way to play Magic that sidesteps the whole thing.

Deck-building is a fun and important part of Magic, obv, but Jumpstart is aimed at giving new players another entry point besides starter sets, which contain pre-built decks that you’ll soon want to play beyond, and drafting formats, in which you build a deck as you play but they require a big stock of cards and a good deal of knowledge. But it’s also aimed at established players who are either time-poor or want a quick Magic hit, since Heggen tells me it’s just as deep as any other form of Magic.

“We were surprised to realise there’s a lot of room for depth and complexity because we’ve made the wrapping around it simple. We found we could add pretty advanced cards and really cool old cards that do wild, unexpected stuff. It’s not over-simplified or boring. We can put a lot of depth in there because we’ve taken the pressure off by doing a lot of the first part for you.” 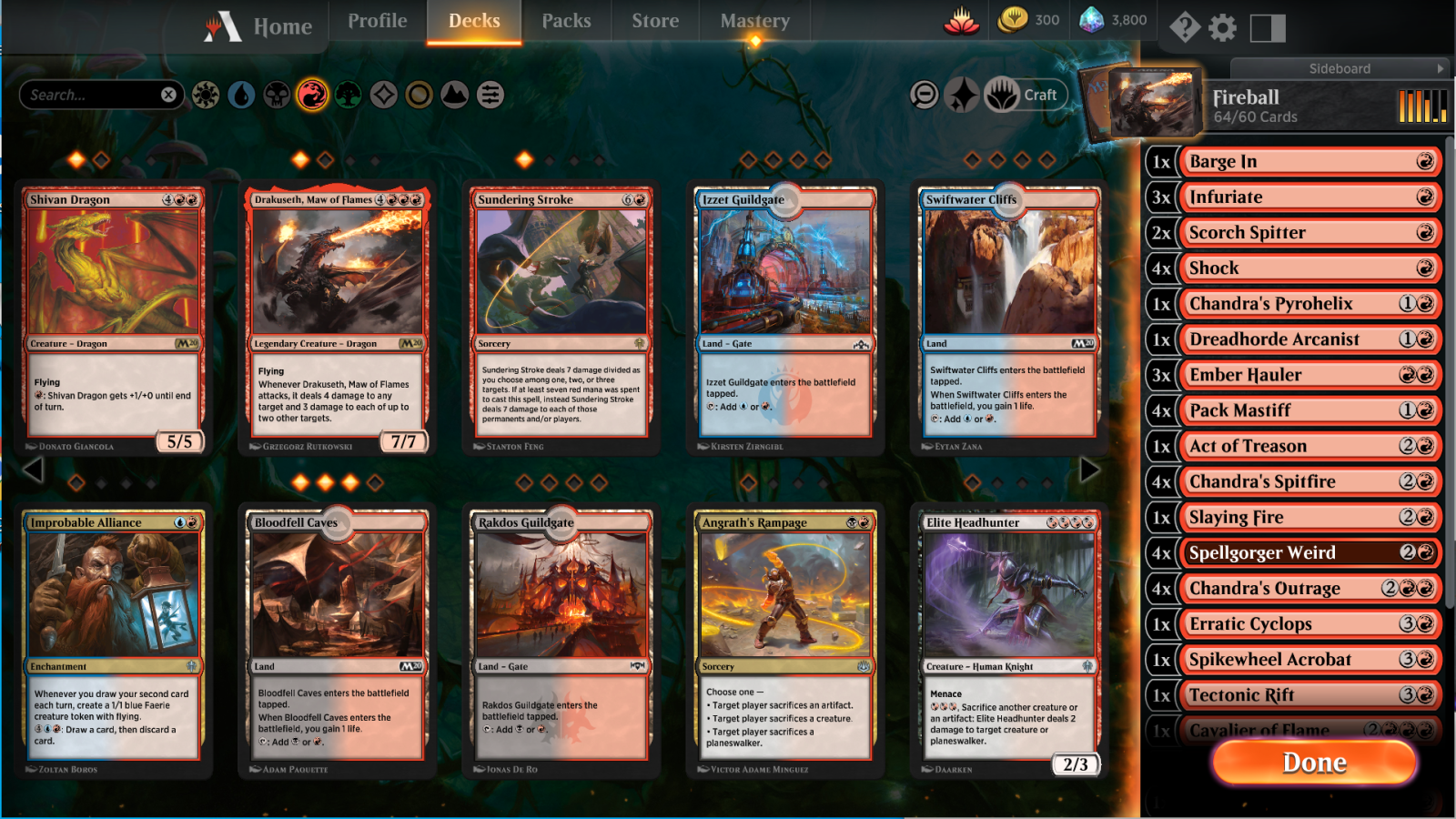 Deck-building in Arena is easier than rifling through great piles of actual cards, but still a huge endeavour.

Here’s how it works. You and your opponent open two packs of Jumpstart cards each, and bam, those are your decks. Each pack consists of a prebuilt set of 20 cards taken from one of 46 themes, which range from lightning to cats, wolves to pirates, each with its own strategy and mechanics, and once you’ve mashed the two packs together, it’s up to you to figure out their interplays on the fly.

Jumpstart emerged from a suggestion by Doug Beyer, who works on Magic’s world building and narrative design. “His original idea was, what if we put our design resources toward thinking about mana curve and the number of lands and how much removal versus creatures and those sorts of things?” paraphrases Heggen. “How much of that could we offload from the player?” 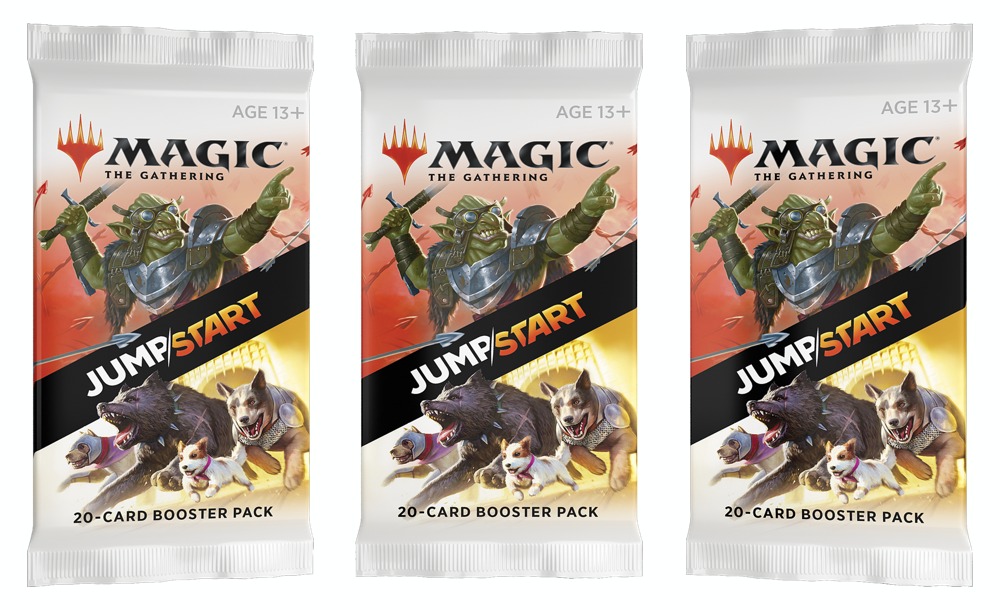 Of course, Jumpstart isn’t the only effort around CCGs to offload the pressure of deck-building, at least in physical games. In 2018, Magic’s original designer, Richard Garfield, released Keyforge, a physical deck game in which each pack you buy is a randomised deck. So that’s a nice piece of symmetry. But even closer to Jumpstart is 2012’s Smash Up, right down to your deck comprising two faction-based 20-card packs.

“They’re all tapping into this very foundational motivation, which is the idea of putting two things together to get a surprising third result,” says Heggen. “It’s always been a big part of Magic, which at its core is nothing more than that dynamic played out with thousands of variables, playing this creature plus that one, plus this battlefield, your hand, your library: Magic is chock full of that dynamic.” 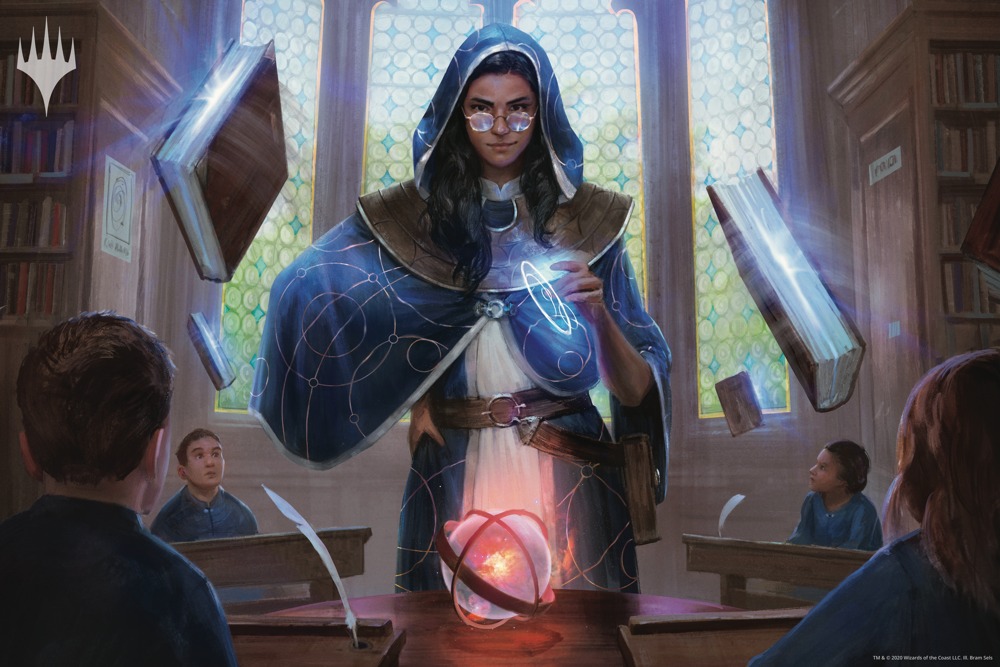 So while it’s not exactly original, we can say that Jumpstart’s approach is tried and tested, and as Heggen says, it’s Magic, yeah? It comes with stupefying depth built-in, particularly since alongside cards from the latest set – M21 – there are over 500 reprints of older cards, carefully selected so that each pack is holistic and plays well with others, plus a few new cards, mostly there to fill holes.

“It’s funny thinking back to those early conversations because we were thinking we’d maybe need ten themes and we did the math and worked out how the combinations would work, and then we asked what are our ten themes? And then we’d walk out of each meeting with all the white boards full. So OK, there are a lot more than ten.”

So there are 46 themes in the final product, and they together form 121 unique packs. Some are more common than others – there are four different Minions packs, for example. For some other themes, there’s just one pack. These rare ones are usually tricksy to play, not the sort of thing you’d want every time, but exciting when you do come across them. “They’re special desserts, not the main course,” Heggen explains. To get a better idea why, we’ll be exclusively showcasing one of them tomorrow alongside a more common pack. 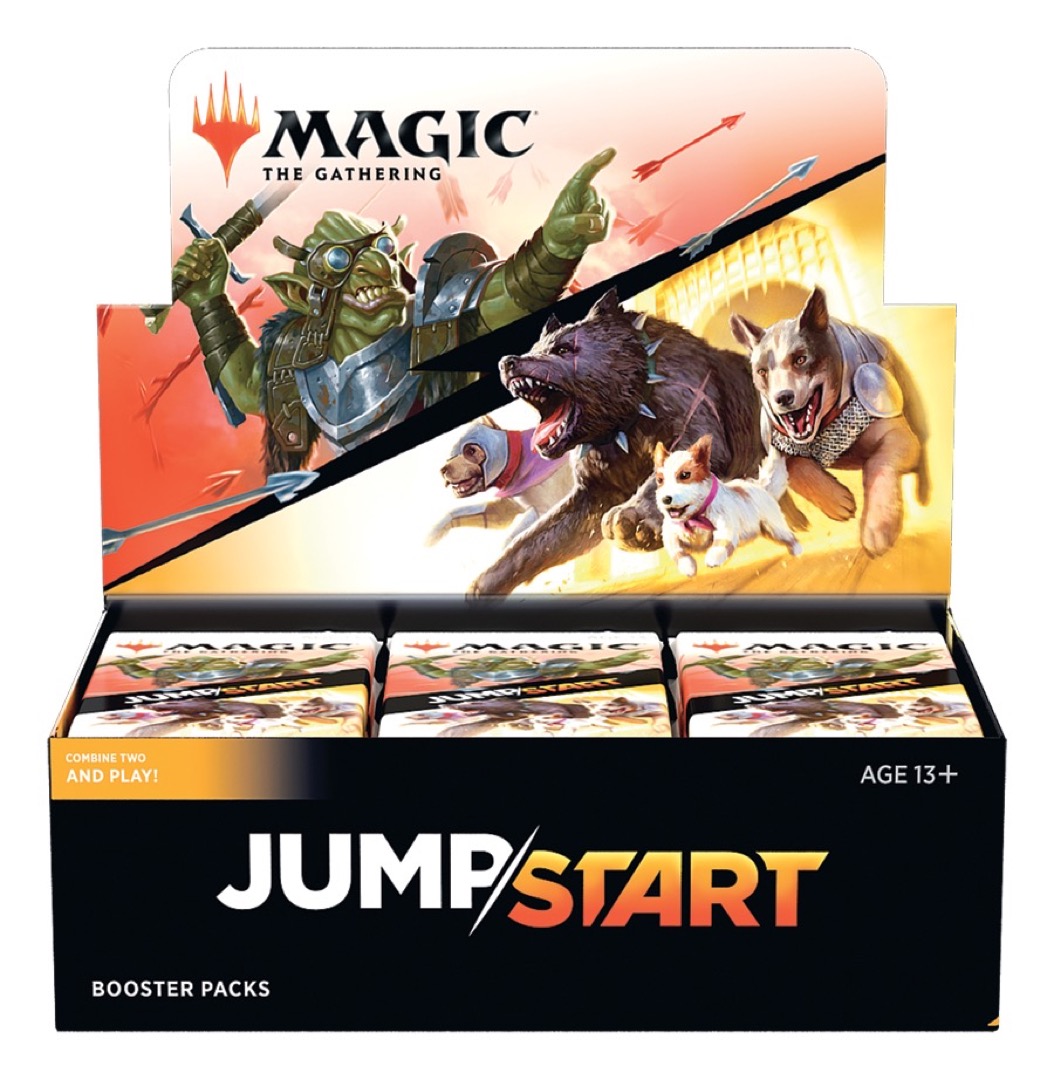 In the physical world, Jumpstart looks a bit like this.

Wizards couldn’t tell me exactly how Jumpstart will work in Arena, since the details are still being worked out. It’s a complex proposition, after all, since the cards in each format are normal Magic cards that will be legal in other official formats. So when you get access to a pack in Arena, does it become part of your collection? Or will you earn tokens to buy into Jumpstart games, similar to how you play ranked matches today? If that’s the case, presumably your deck would be one-use only.

But what’s certain is that there will be slight differences with the physical version. The official physical way to play will be to open four packs, and then choose how to pair them and then play with two decks. That process will play and work a little differently, since Arena is running on a PC. “They can do stuff that doesn’t make sense in the physical world,” says Heggen.

The card pool will be slightly different, too, since some cards don’t work so well on computers because of the way they ask the player to constantly confirm decisions, things that real players wouldn’t need to do. 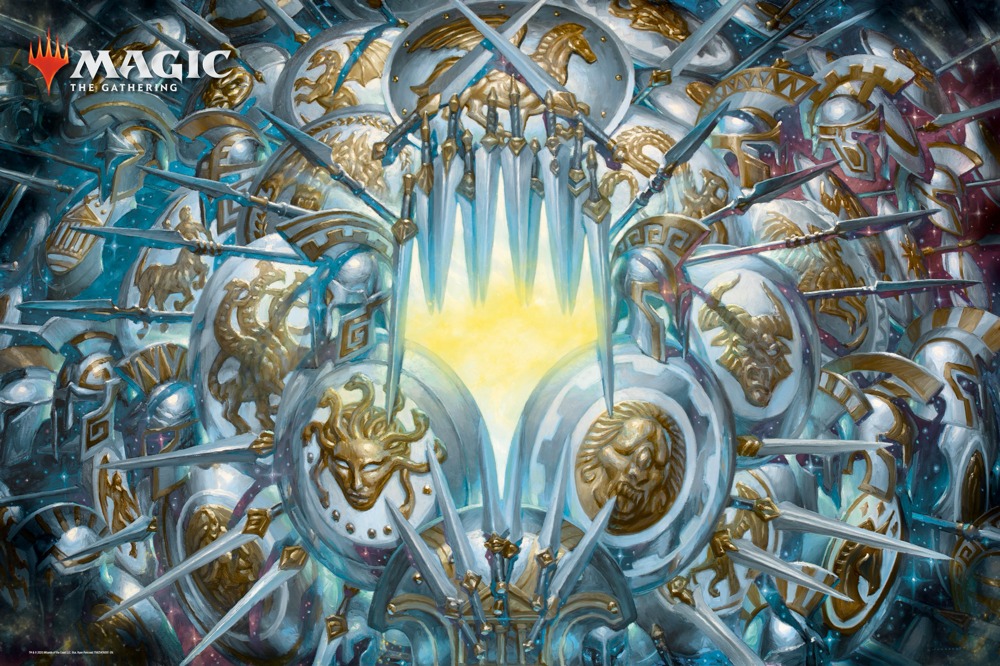 Either way, I’m excited to try it out as a way to exercise a less prepared, more seat-of-my-pants style of Magic playing, one which will also come with a nice dose of nostalgia. Magic sets are usually based on storytelling, but for Heggen, Jumpstart is about what happened to those cards once you’ve jumbled them up into your collection.

“It’s about reaching deep into your closet and pulling out that deck you made ten years ago that felt revolutionary because all your creatures had Trample or Merfolk. So Jumpstart is by design all over the place; we can reach around and hit themes and topics, some of which we’re also hitting in our current story and also, to our delight, we’re hitting stuff we haven’t had a chance to dust off in a long time because we love it and it’s hilarious or impressive. So Jumpstart is a true grab bag.”

Look out tomorrow for exclusive previews of two of Jumpstart’s themes, which also showcases the bewildering depth of thinking Wizards put into card design and selections.

Tagged with feature, Jumpstart, Wizards of the Coast, Magic: The Gathering Arena.