I somehow missed the fact that Treachery In Beatdown City has its own full length theme, and it is the greatest thing that has ever happened.

I’d glimpsed the trailer, but I think I had my headphones off or skimmed it out of habit (most trailers are not very good or clear and after looking at hundreds every week, I mean, I’m not apologising). And it’s good. It’s really good. But that’s not all.

It’s a collaborative work that started out with a chiptune track by Inverse Phase, with beats and accompaniment added later by 2 Mello. That possibly familiar voice is none other than Open Mike Eagle, who also wrote the lyrics. You can listen on Spotify, or to the longer, five minute remix on YouTube, which features extra lyrics by Showyousuck.

Consider this a formal announcement that henceforth, I will review no game that does not have a dedicated hip hop anthem with a title drop. Where to begin? Never mind the music: my words will sublimate in its shadow. Perhaps let’s start then with the opening lines, which include couplets that a better civilisation would engrave on monuments. 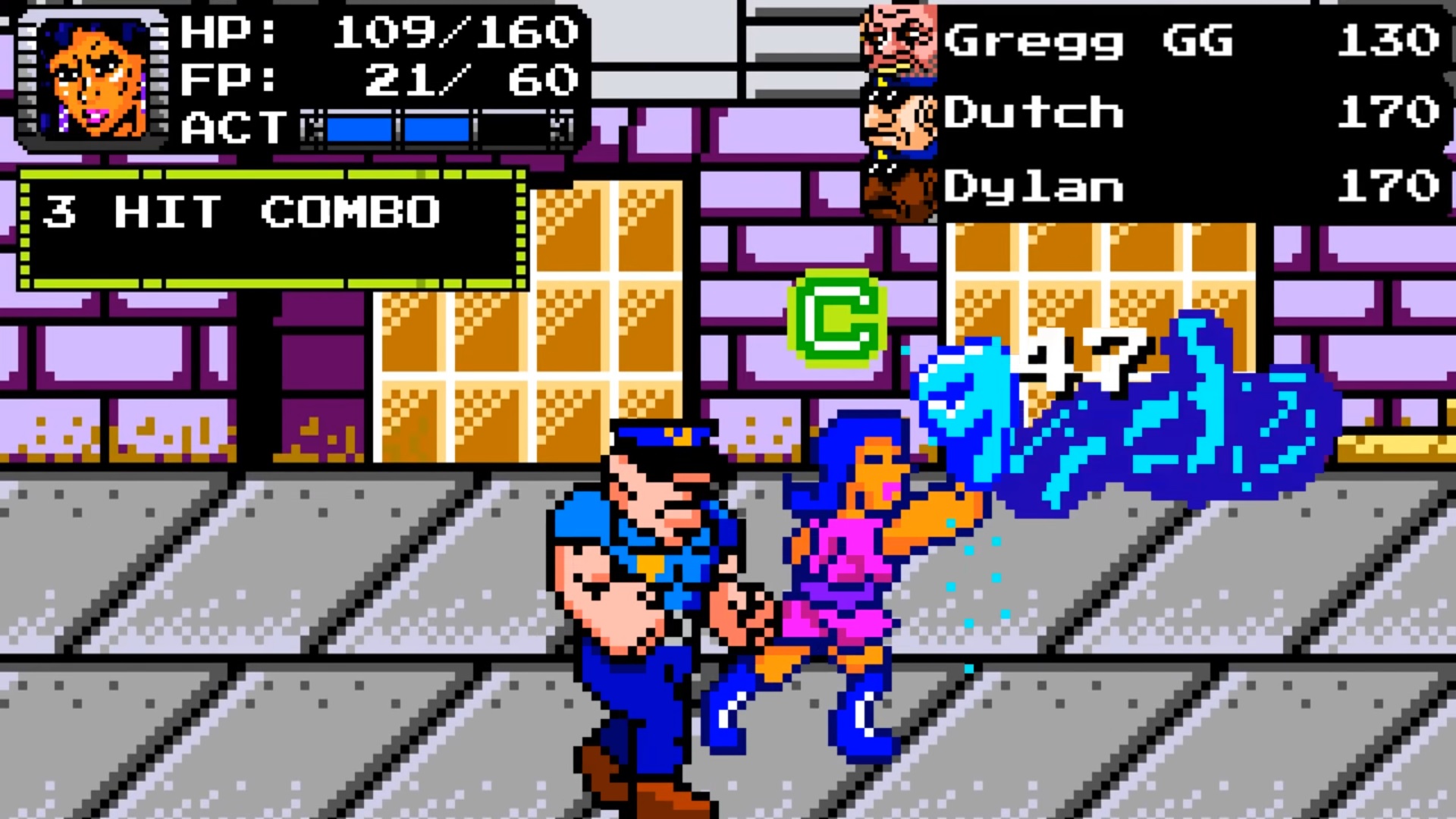 I fight when gangs attack me , I fight to hail a taxi

I cannot stress enough how much I love this tune. It is perfect. If I ever marry, know that in my heart I am already wed to this glorious verse:

“I fight like big companies over business struggles
Or anime heroes do when they friends in trouble
It ain’t gotta be noble, I fight for stupid reasons
I’ll find a reason to fight against human breathin’
If I’m on your block you need to tell a doctor
I’m hella big and I’m about to punch a helicopter”

And let’s not cheapen that chorus by committing our breath to anything but singing along with it. It should not work. And yet the purity of its spirit has overcome not only the laws of art but the nature of reality itself. Song of the year. Song of every year. No more creation is necessary. I am going to become an accountant.

More about Treachery in Beatdown City