Now streaming live:
Disintegration review
A hybrid of first-person shooting and light strategy in which you play a gravcycle pilot across somewhat bland singleplayer and multiplayer modes.

Disintegration has a good line in names. Across its campaign missions, you play Gravcycle pilot and – yes – television presenter called Romer Shoal in a rebellion against “integrated” human-robot hybrids led by Black Shuck. If those names aren’t fun enough to roll around in your mouth, consider that the TV show Romer presented was called “Cradle 2 The Grav”.

If only there was as much personality to be found in every other aspect of this hybrid of first-person shooting and light strategy.

Romer doesn’t roam alone, you see. You’re joined in your fight by fellow escapees from a sky prison, Doyle, Agnes and Coqui. You swoop about on your Gravcycle shooting enemy robots in first-person, while giving go-there, shoot-that commands to the small squad of on foot soldiers running around below you. 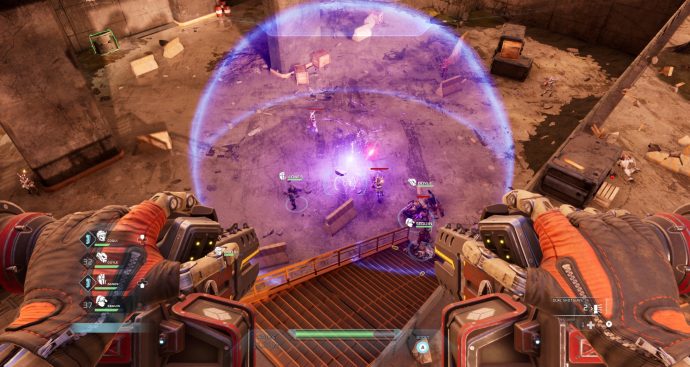 Your Gravcycle is a racing machine adapted for war. It’s capable of flying 15 metres above ground, and each mission provides you with a fixed set of different weapons and healing abilities. It’s clear that you’re supposed to be excited by the fantasy of the Gravcycle. Part of the pitch for Disintegration before release was that its developer’s are led by Marcus Lehto, a former creative director at Bungie and the artist responsible for designing Master Chief. Disintegration’s Gravcycles are cool, and the game is reminiscent of Halo at times, but it does little visually to stand out by comparison. Its many characters are all robots and as such retain a similar build, distinguishable only via clothing, and its colour palette is bland. You spend a lot of time on missions surrounded by grey concrete, or running between barns in open environments which feel empty.

Most of those missions will see you accompanied by up to four ground units, each of whom hold a special ability that you can activate. Agnes can stagger enemies with concussion grenades to provide greater damage, for example, whilst Doyle can launch mortar strike for effective crowd control. Directing the use of these special abilities in combination is the closest Disintegration comes to real-time strategy. 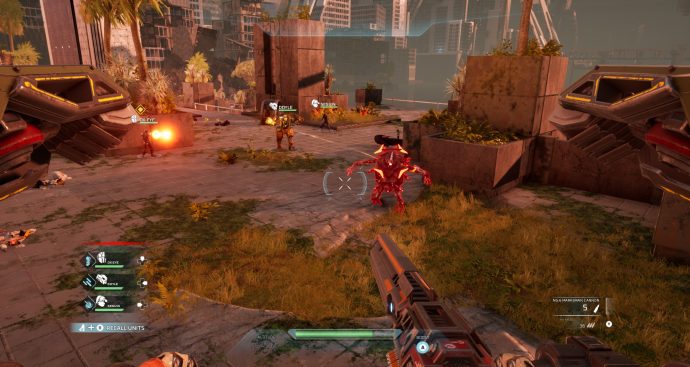 Your crew follows Romer across the map, attacking enemies as they appear, but you can choose to issue priority target orders, meaning all units aggressively pursue your selected foe until they’re defeated. It’s a risky gambit however as, in doing so, they’ll leave cover and cross a crowded battlefield. Sticking close to units isn’t always advisable either, as it only takes a well-timed area of effect attack to put you on the backfoot, even on lower difficulties.

If one of your units fall, you have 30 seconds to revive them, but if you get killed, that’s an immediate game over and a restart at the last checkpoint. It’s challenging but less complicated than I expected. 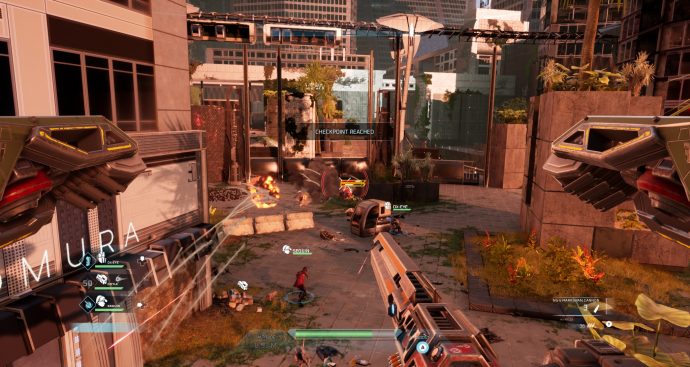 Defeated enemies drop salvage which acts as the game’s progression system. Upon collecting a certain amount, upgrade slots unlock for your crew, filled via upgrade chips located across each mission. These are often hidden within valuable caches, so it pays to be thorough, but the need to explore every corner also hampers Disintegration’s pacing. Once obtained, chips can be used to improve aspects like weapon damage, durability, recharge times and more.

I finished the campaign in 10-12 hours and it could take longer if you wanted to rinse that upgrade system entirely. Each mission can be revisited after completion, for example, but the ability to obtain more salvage wasn’t incentive enough for me to do so. There are optional mission challenges you can undertake, but these are no more interesting than “Destroy 10 aerial enemies”. The hub world also has issues, letting Romer talk to crew members and accept challenges, but it otherwise feels lifeless. Those issues aside, I had fun doing the missions themselves. 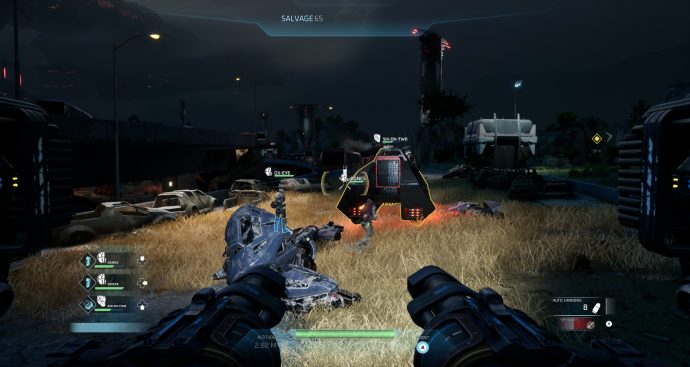 The game’s real longevity is meant to lie not with this campaign, but within Disintegration’s online multiplayer, which has clearly been a sizeable part of its development.

There’s three multiplayer modes on offer here, with no distinction between casual and competitive play. Each offers 5v5 matches in which each player rides their own Gravcycle and commands their own crew of ground units to complete objectives. There’s nine different crews available with different weapon loadouts, unit combinations and Gravcycle stats. If you prefer playing tanks, the Kings Guard crew has you covered. Looking for evasion and high speed? Neon Dreams. Long-range support? Try out Tech Noir. Each caters to different playstyles and some work better in particular modes. 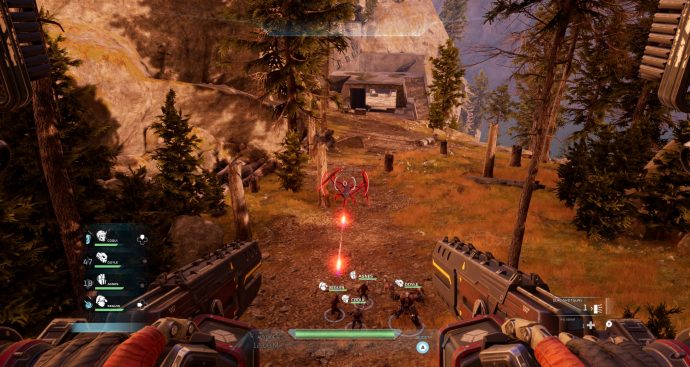 The modes aren’t anything you haven’t seen before. First is Zone Control, in which you fight to capture zones across the map in similar fashion to Battlefront II’s capital supremacy (or umpteen other games point capture modes). Collector mode is second, which tasks you with destroying enemies so you can obtain their brain cans for points. Lastly we have Retrieval mode, which splits players into attackers and defenders. The attackers’ goal is to retrieve cores and gather them within a drop zone, while the defenders try to stop them, and the teams swap at the end of the round.

I had fun playing each of these modes, though none stood out above the others, and there’s signs that Disintegration’s strategic elements are more fun when you’re using them against friends instead of against the singleplayer campaign’s enemy AI. There are also customisation options unlockable in multiplayer via challenges or in-game currency that let you bring some much needed colour to your units. 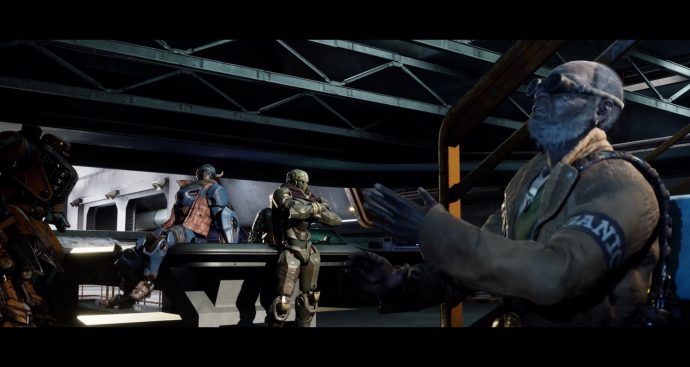 Disintegration has a lot of room for improvement, but I enjoyed my time with it, and it succeeds in finding a balance between its shooting and strategic elements. It’s the kind of game I hope gets a sequel, one which is bolder in pursuing its ideas, and not just in its character names.