For a game whose whole shtick was that you could make anything, so long as you didn’t mind it looking blocky and pixellated, Minecraft sure has inspired a lot of people to attempt to make it look like reality. Last month, I checked out a city that’s taken 400 people a decade to build, and which has now reached such a scale that you can squint slightly and think you’re looking at photos of the real world. That was pretty impressive. But today I saw a mod that mangles Minecraft’s basic premise so profoundly that you don’t even need to squint to mistake it for reality – or at the very least a piece of high-end architectural software. 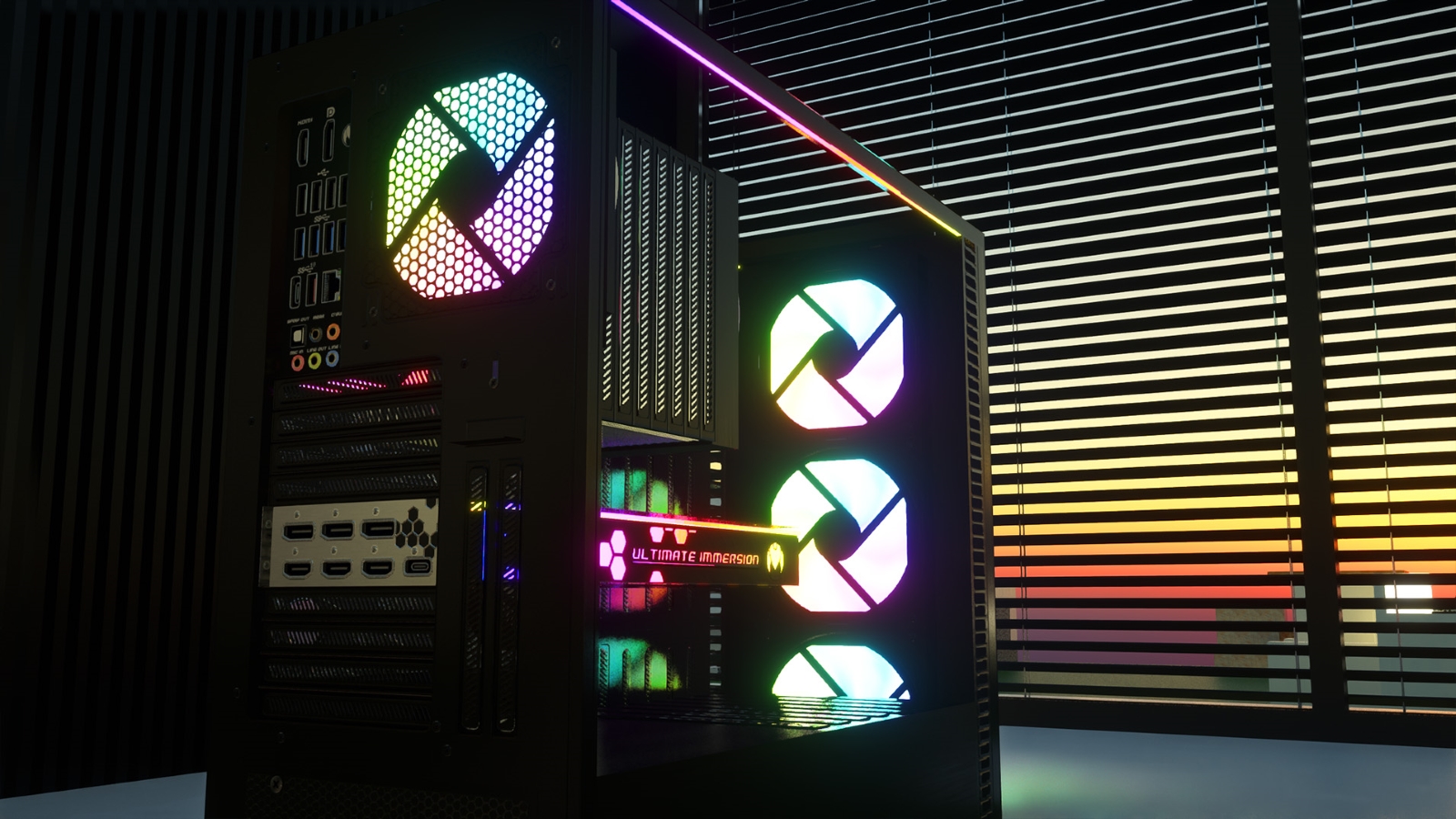 The anonymous creator of Ultimate Immersion, the mod in question, is clearly really into PC gaming. So much so, in fact, that in order to showcase the powers of his mod’s latest iteration, he’s created… a gaming PC. And a gaming laptop. Inside the game. They’re the glowy, RGB status symbol sort, but alas, I do not think you can actually play games on them, making them essentially just very pretty boxes. Still, they are well pretty – clap thy peepers on this:

As you can see in the video above, Ultimate Immersion is not just about pretend computers. The photorealistic mod, which clearly requires ray tracing support, makes Minecraft houses entirely unrecognisable as what they actually are, appearing as ultra-sleek wealth dungeons off of mid-2000s MTV instead: 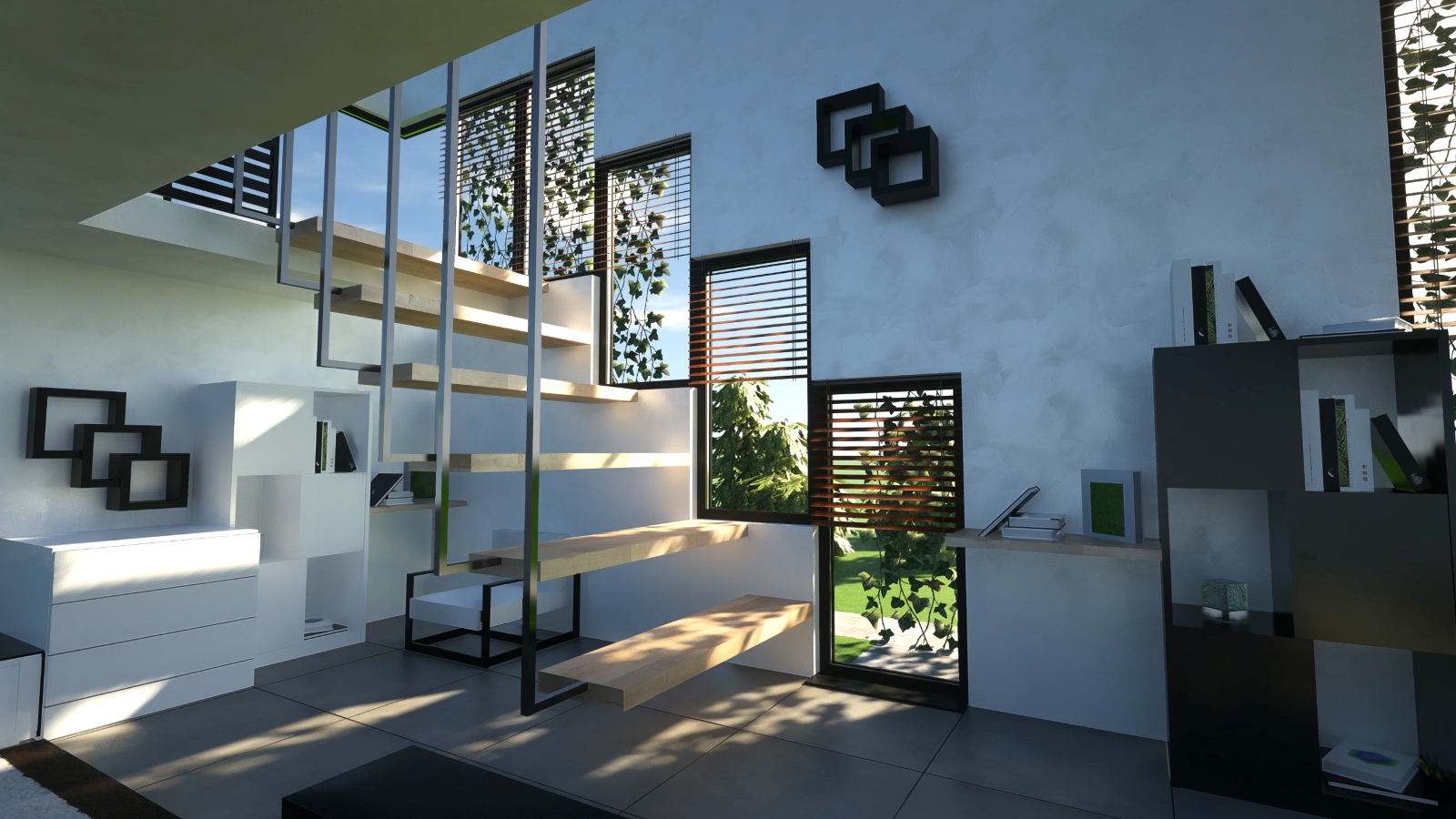 I mean come on, there’s HD texture packs, and then there’s… this.

Perhaps the biggest mindcruncher, for me at least, is that Ultimate Immersion does away with the clonky, stair-based rooves beloved to all builders of Minecraft houses, and gives the game true sloping surfaces instead: 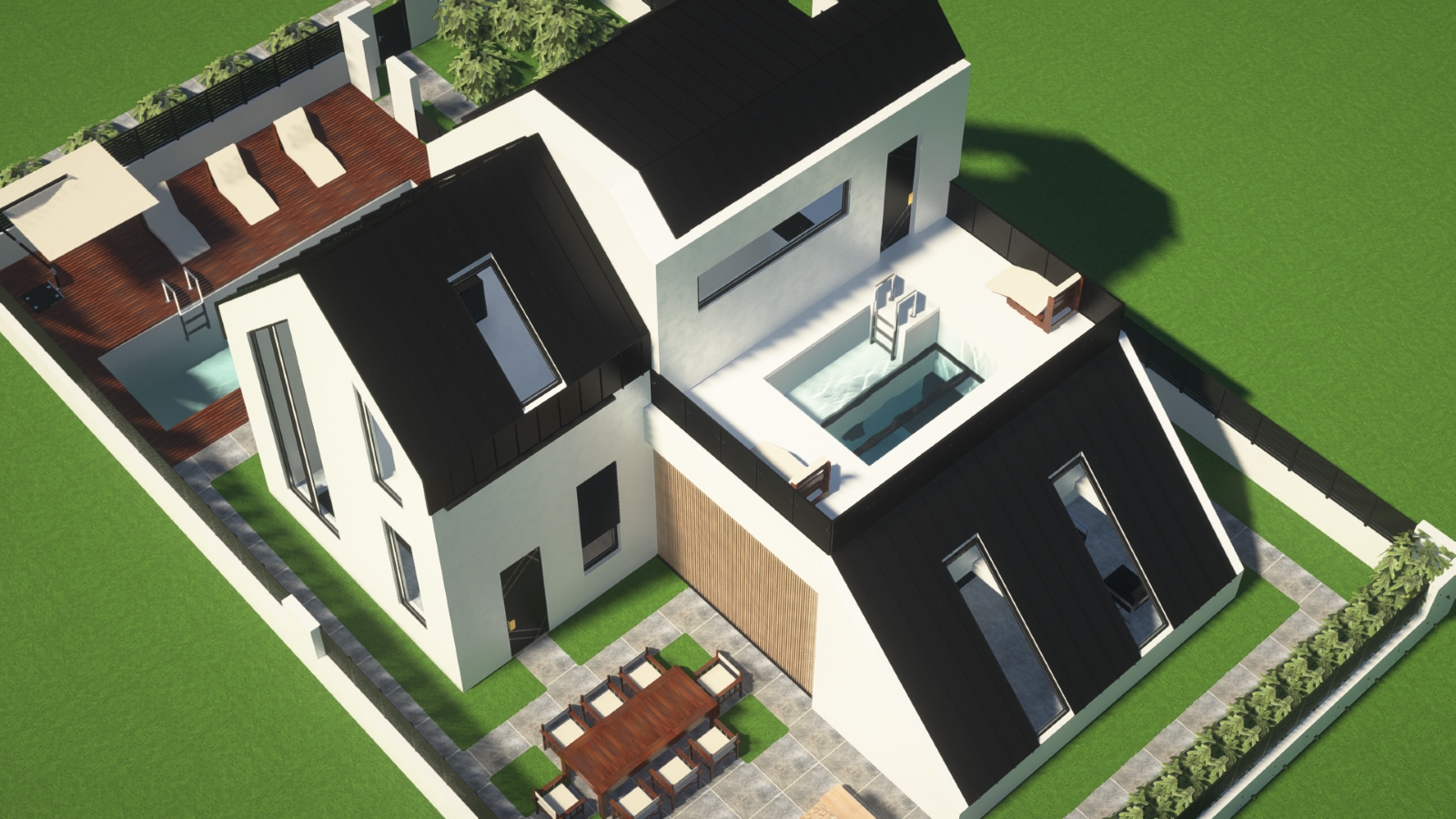 Needless to say, the water in this mod looks nicer than real water, too.

Honestly, I find it quite hard to cope with. Minecraft with proper diagonals is like Street Fighter with Sudoku minigames, or Dwarf Fortress with mouse support – i.e. amazing, but completely unnatural. It wrinkles my Ronalds right up. You’d think it would be easier to just code an architectural modelling programme from scratch, wouldn’t you? But then here is this mod, jury-rigged from a game that, at its core, once looked like this: 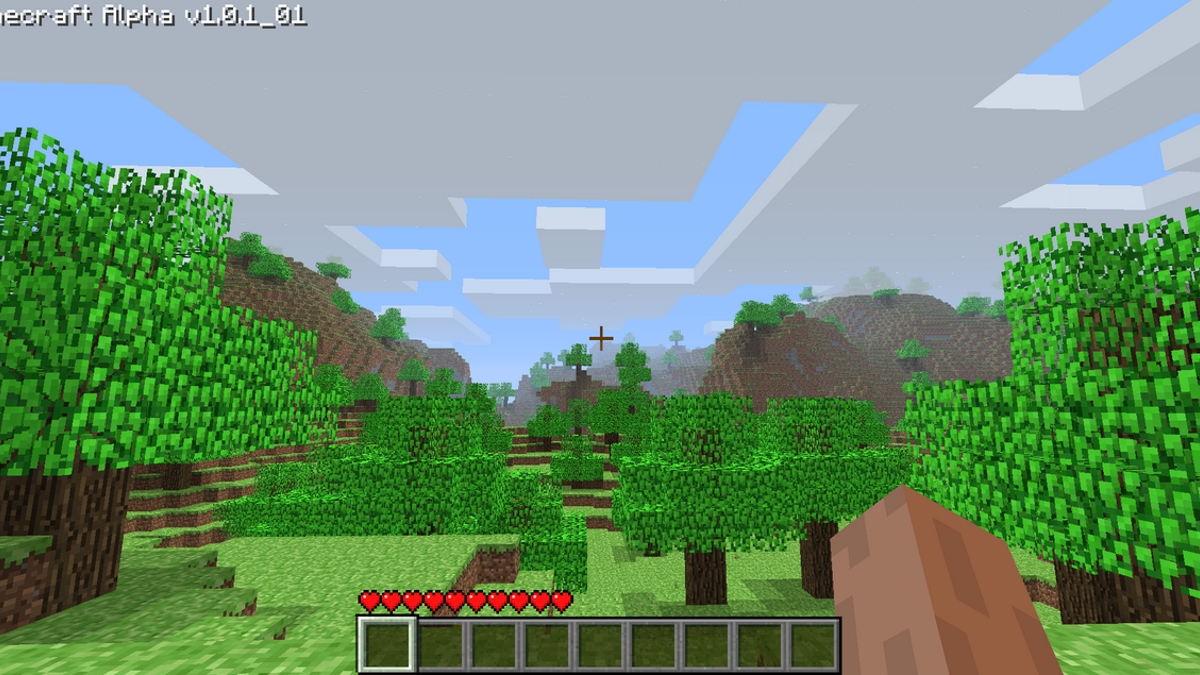 I did notice that even in Ultimate Immersion, trees still look blocky, and fire looks a bit guff – it’s reassuring to know there are at least still some barriers to Minecraft becoming indistinguishable from reality.

That’s got to have taken a lot of work. But I appreciate it. I spent a good eighteen seconds earlier just admiring Ultimate Immersion’s spruce planking texture, which is so detailed you can almost smell the varnish. Here it is, with the same texture from the unmodded game superimposed for comparison: 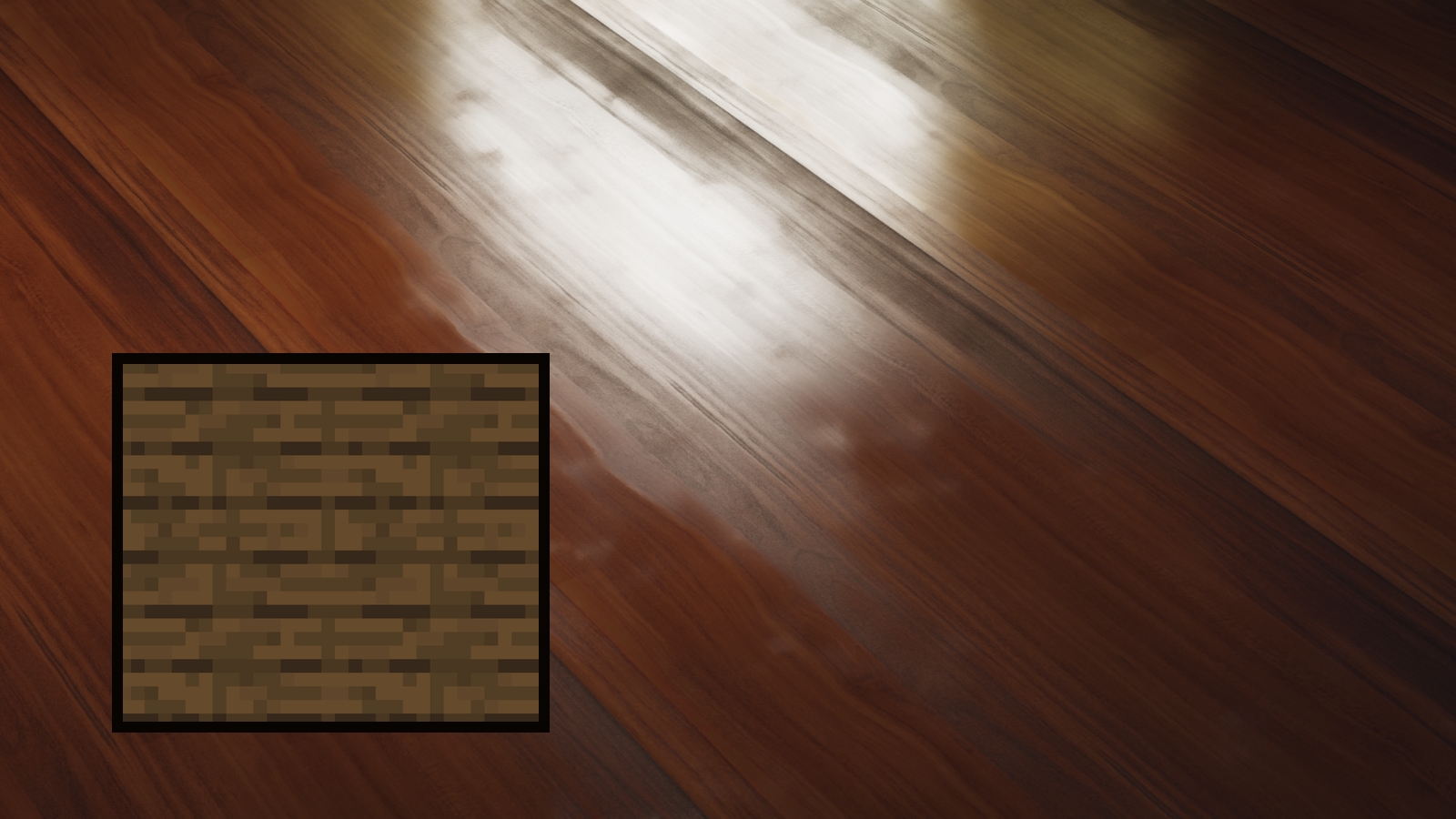 If you’ve got the electric muscles for the task, of course, you can have a go with Ultimate Immersion yourself. The full business appears to be only available through the mod’s Patreon scheme, as far as I can tell, but there are elements available from the Ultimate Immersion website, as well as all the further information you could hope to find on how pretty it makes things. 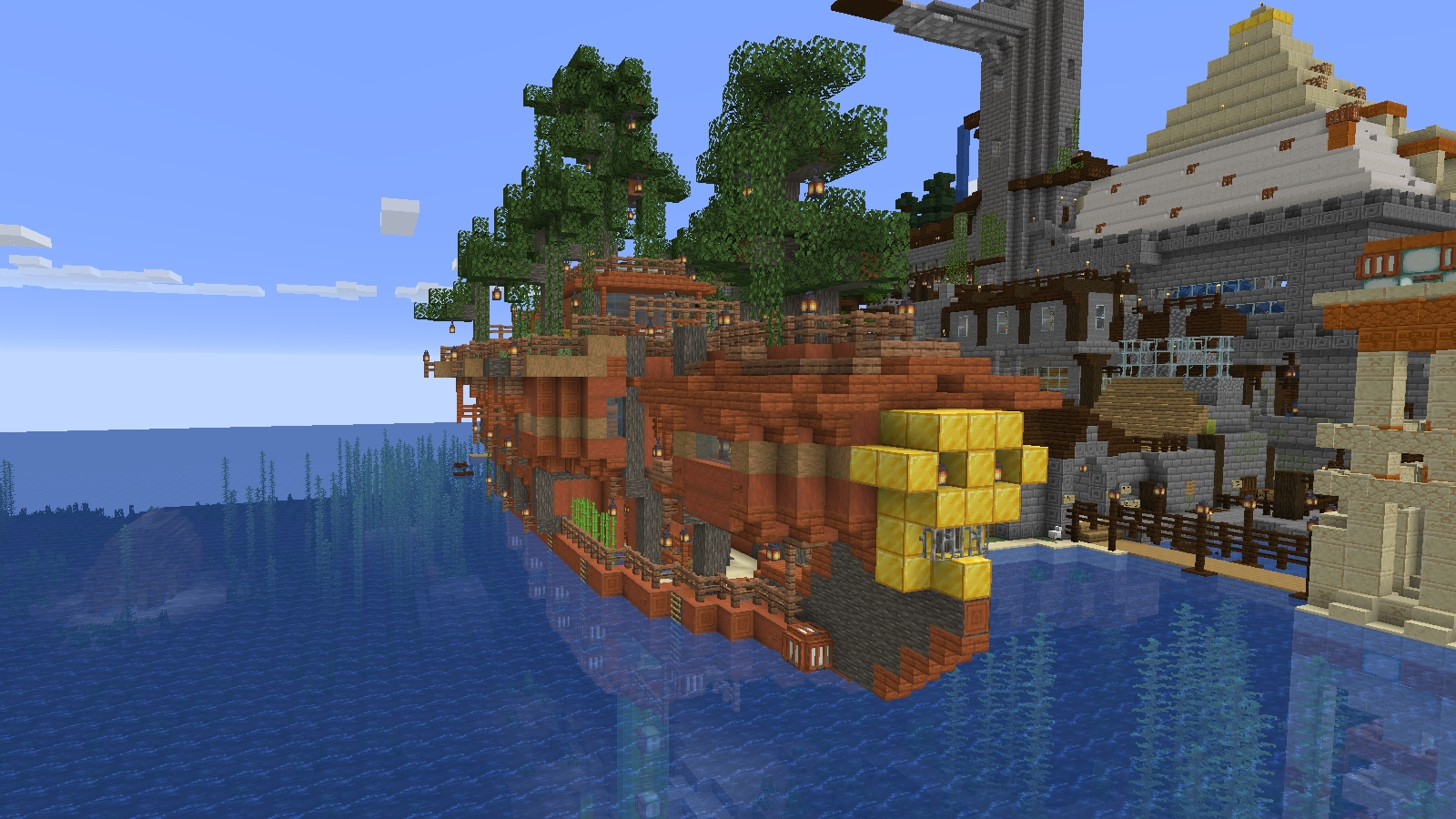 Does your boat have an onboard rainforest and donkey sanctuary? Didn’t think so.

I’m not much of a modsman myself. I prefer to play Minecraft in its original flavour, and squeeze what aesthetic pleasantry I can from what the game gives me. You can see a nice galleon I built recently in the screenshot above, for example. But if I want to ram that boat right full of high-end gaming PCs – and I may well do, who knows – then I’m headed straight for this mod.

If you’re looking to install some mods yourself, you can of course take a look at our list of the best Minecraft mods.