I play Minecraft to build pleasing little houses, and so new block types are the most exciting things that can be added to the game, as far as I’m concerned. I’m pretty happy, then, as the new 1.16 “nether” update, which launched this week, has added loads. What’s more, they’re almost all found in the titular nether – Minecraft’s weirdo hell dimension, which was pretty underwhelming for the first nine and a half years of its existence – so I can now build pleasing little houses IN HELL. The new nether is a grim and varied wonderland, containing everything you need to do the sort of wholesome homesteading you’d do in the regular world, only with eerie-looking materials, in an unsettling wasteland. It’s brilliant. And so, to show you everything you can do in Minecraft 1.16, I’ve built a special house using only blocks that can be found in the nether, and recorded a relaxing, mid-2000s-MTV-style video tour around it. Please, come and join me:

If you’re not able to watch the video just now (but honestly, it’s worth it for the music), then please enjoy these screenshots of my project. Here’s where I set up the build, in the new soulsand valley biome, with a 16×16 build area marked out in horrifying blue fire: 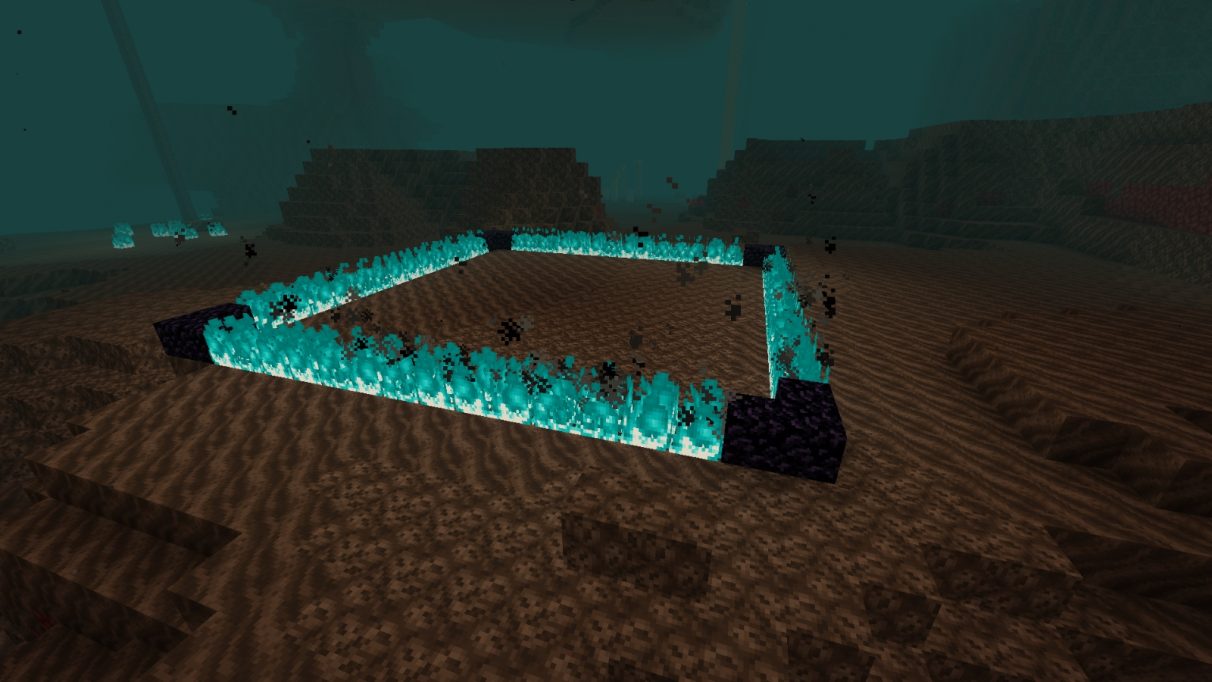 I’d be well into Grand Designs if it started like this each time.

Three hours later, here’s what I’d come up with: a ghastly yet faintly hygge devil mansion made of quartz, blackstone, and bizarre teal mushroom wood: 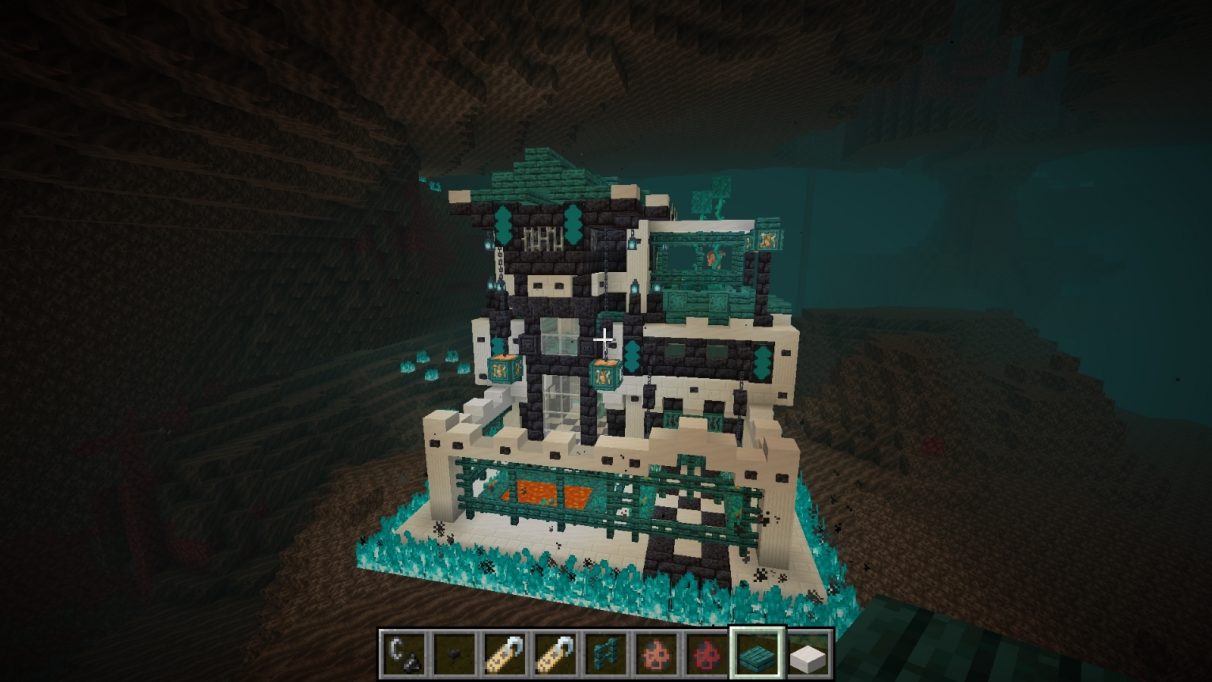 This is legit one of my favourite builds to date, and it wouldn’t have been possible at all in 1.15.

It’s got a library, a kitchen, a lobby, a workshop and even a little garden. But what really makes it my home away from home is the attic dungeon where I have imprisoned a pig man called Bin Lord: 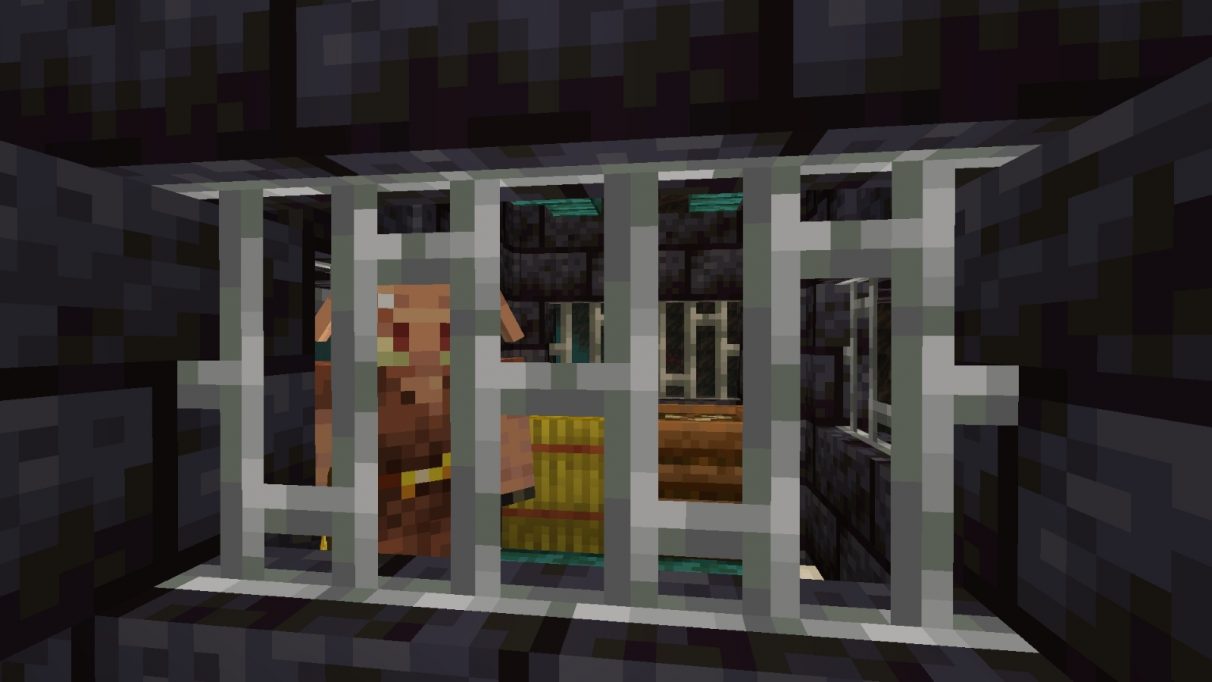 Stop running around your prison like a fool, Bin Lord.

Bin Lord is not the only inhabitant of my grim tower, however. A chic little roof garden is home to the atrocity known as Bumeggs: a raging, blank-eyed warthog beast called a Hoglin: 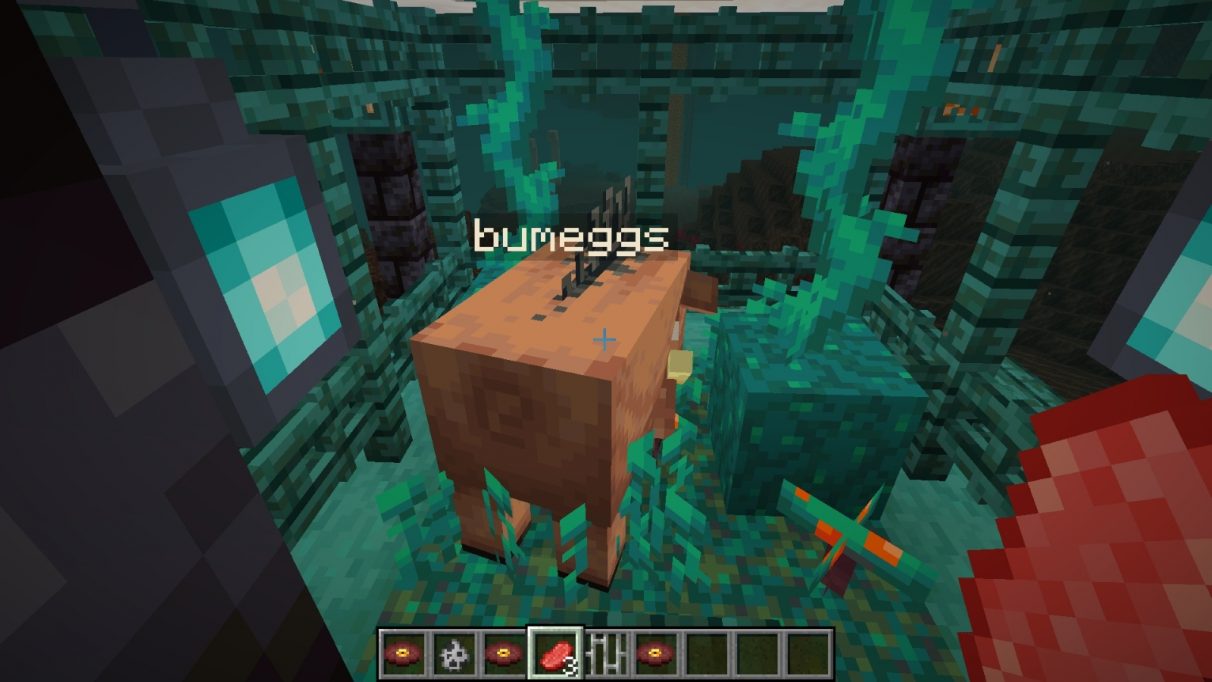 Welcome to the Sorrow Zoo.

Still, the new nether isn’t all about nightmarish murderpigs. There’s also a new type of pleasant, if slightly doleful, creature called a Strider, which wanders around up to its tits in lava, looking for mushrooms to eat. I fancied one of these for myself, so I dug a pond in the house’s garden, filled it with refreshing magma, and spawned in old Boafus here. I love him, and I pity him: 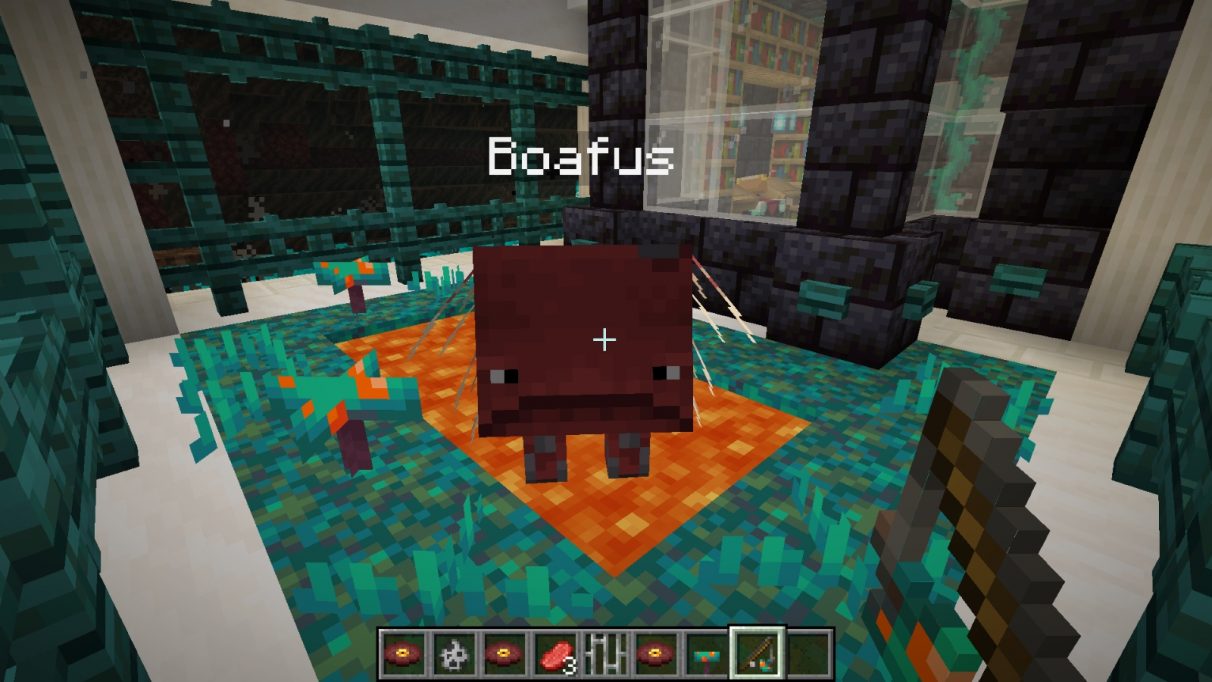 I just wish striders didn’t look so dismayed. I want them to enjoy their lives wading about in liquid rock.

I’m keen to see what people can make of the new materials on offer in 1.16, and it’s only a matter of time before I update the semi-official RPS minecraft server to break open this new, eldritch frontier. If you’ve got any ideas for what you’d like us to build, please let me know.