We already know that Cyberpunk 2077 will one of the biggest ray tracing games of 2020, but Nvidia have now given us a closer look at exactly what ray tracing effects RTX owners can expect to see when the game comes out later this year. It’s not entirely clear whether ray tracing will be available on day one when Cyberpunk 2077 launches on November 19th just yet, but whenever it eventually pitches up, it sure looks like it’s going to be pretty darn stunning.

I’m not gonna lie, I was properly blown away by yesterday’s new trailer for CD Projekt Red’s upcoming RPG, and I’m pretty sure that footage didn’t even have any ray tracing effects turned on (and if you don’t want to take my word for it, our friends at Digital Foundry didn’t think so either). I’m almost half dreading what kind of power it’s going to take to run the game with all of its swish-looking ray tracing effects at full whack, but the good news is that Cyberpunk 2077 will be taking full advantage of all the benefits brought on by Microsoft’s DirectX 12 Ultimate tech, as well as Nvidia’s own DLSS 2.0 magic, which should help keep those frame rates nice and high thanks to their clever deep learning upscaling wizardry.

Yes, it may well be a game that ends up prompting many a PC gamer to upgrade to one of their next-gen Nvidia Ampere cards (or indeed, one of the upcoming AMD Navi GPUs) to get the best from it, but here’s hoping Nvidia’s current RTX cards will be able to make a decent fist of it – especially since it looks like it’s going to be one of the best-looking games of the year.

Nvidia confirmed that Cyberpunk 2077 will be using four ray tracing effects to spruce up its cyber visuals, and you can have a gander at them in the screenshots below (click to enlarge). 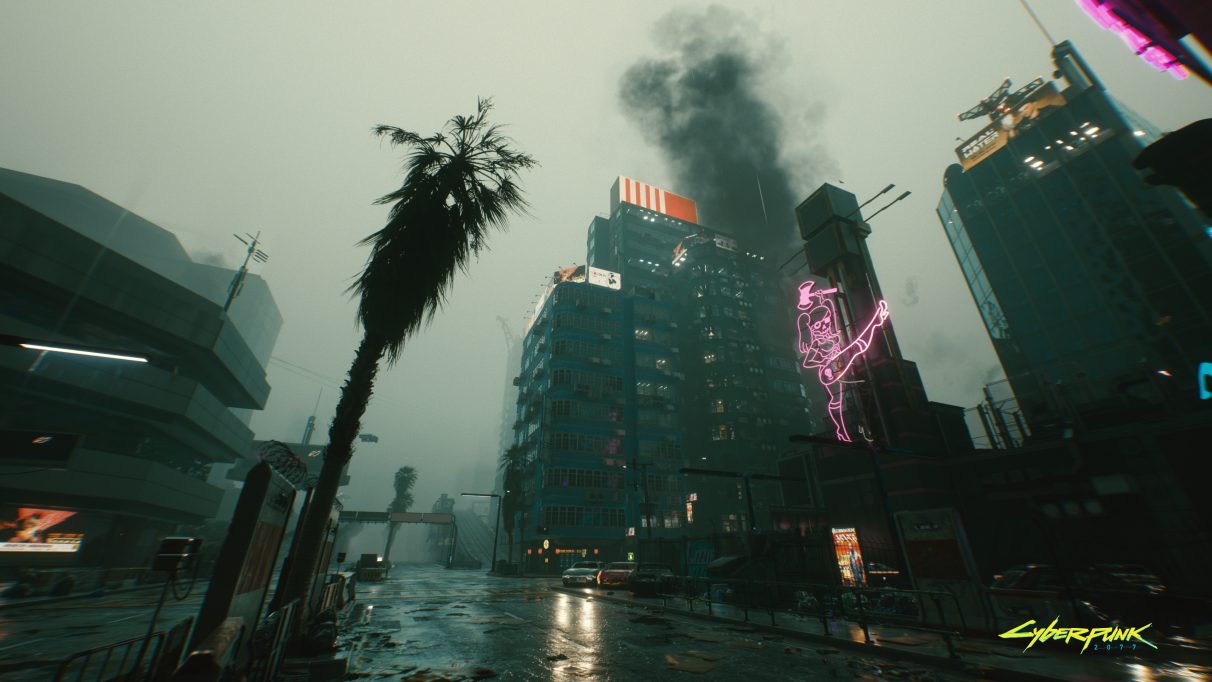 The first one is a ray tracing classic – ray traced shadows. Here, Cyberpunk 2077 will have directional shadows from the in-game sun and moon, and will change depending on the strength of the light and how it gets scattered through the clouds.

The next one is ray traced ambient occlusion, which is also used in Metro Exodus. AO is a shading and rendering technique used to calculate accurate ambient lighting – the kind of soft glow lighting that really adds a sense of depth to in-game environments. In Cyberpunk 2077, you’ll see ray traced ambient occlusion used on all the dozens of local lights in any given scene, which should help to make them look even more realistic than normal. 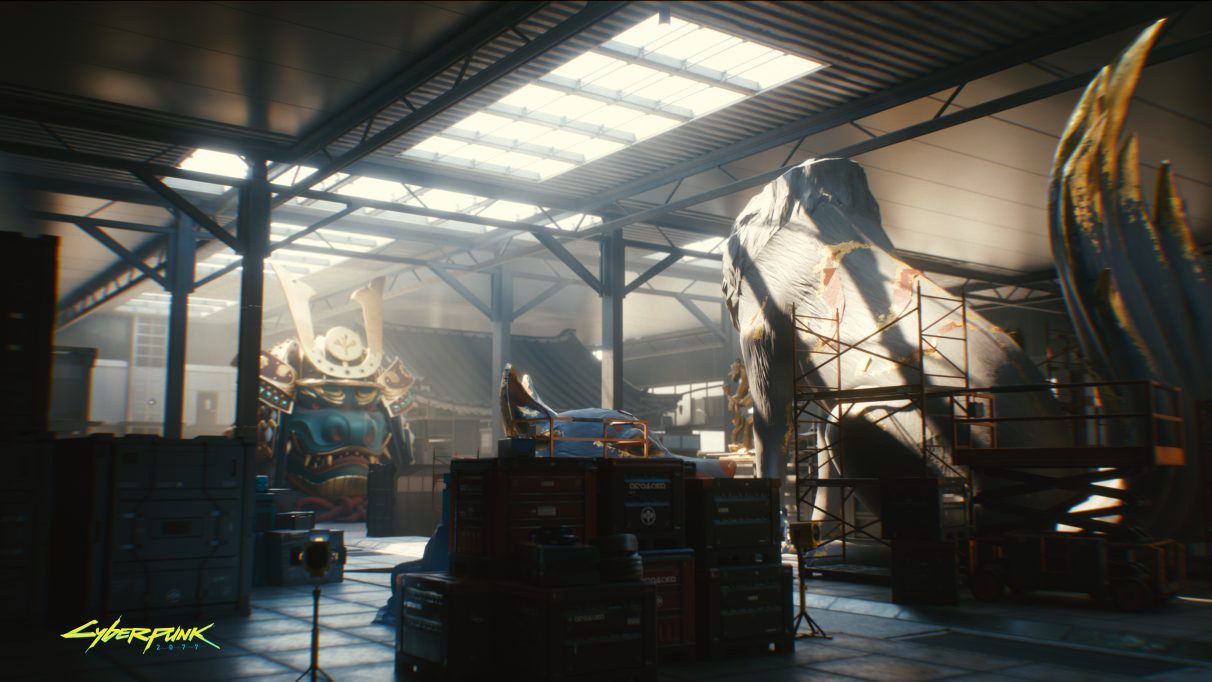 Next up, another ray tracing favourite – ray traced reflections. These will be used on all surfaces, according to Nvidia, and will even be able to trace ranges “up to several kilometres”. Fancy stuff. They’ll be present on opaque and transparent objects as well, so expect to see lots of shiny and glossy metal surfaces. 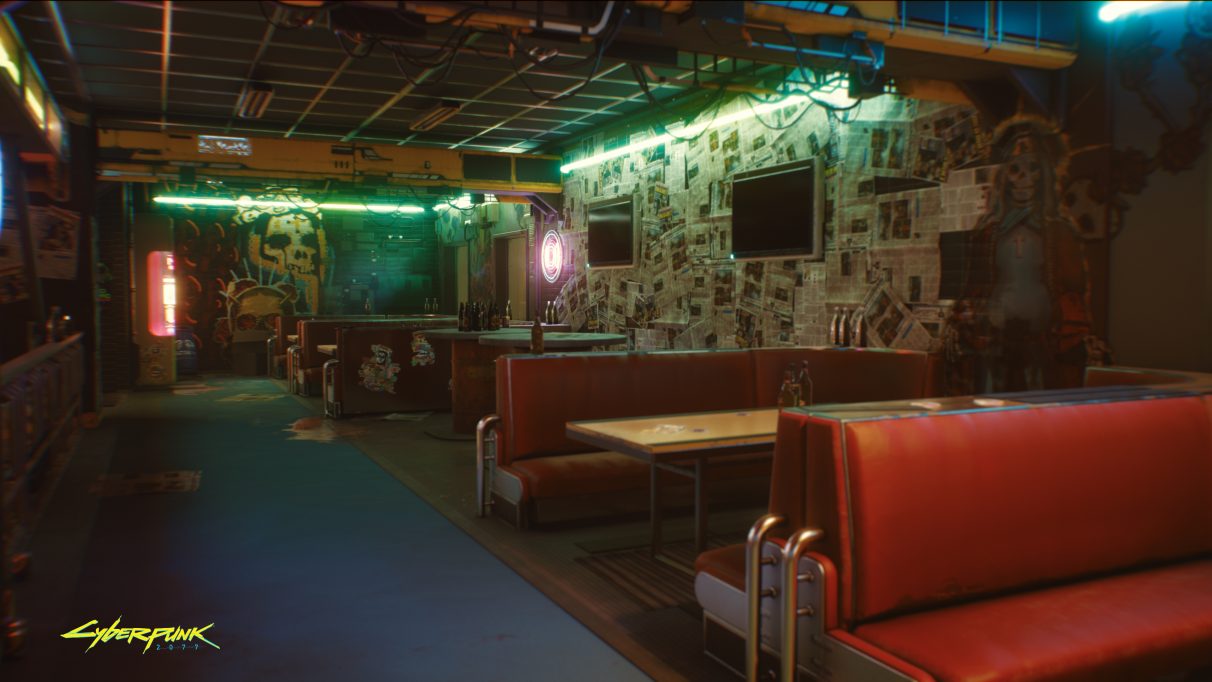 Finally, Cyberpunk 2077 will also be making use of ray traced diffuse illumination, which is all to light intensity, whether it’s the blinding light from the sun, or the hot neon glow of a massive billboard. When ray traced, this will enable all illuminated surfaces to naturally brighten their surroundings, offering that extra sense of immersion when you’re cruising round Night City. 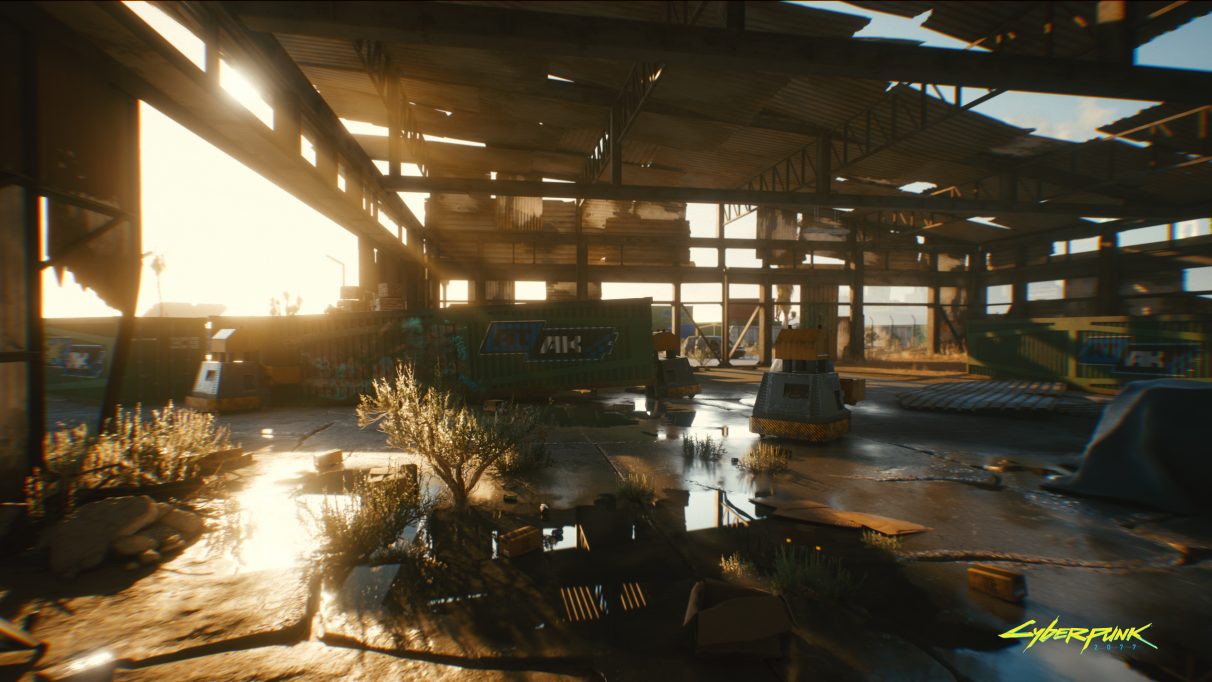 If you’re now looking at your PC thinking there’s no way in hot hell that it’s going to be able to run Cyberpunk 2077 in all its ray traced goodness, you’ll probably be pleased to hear that Nvidia have also confirmed that the game will be playable on their GeForce Now cloud gaming service when it launches, will full support for all of its ray tracing effects and DLSS 2.0 tech. Again, Nvidia don’t say explicitly whether that ray tracing support will be there on launch day, but at least it will offer a way of playing the game looking its best (albeit at 1080p, 60fps) without melting your PC in the process.

And if you missed yesterday’s big Cyberpunk stream, you can catch up on everything that happened in the Cyberpunk 2077 Night City Wire right here.