I’m still drip feeding on the endless treasures from The Bundle. It’s healthier than bingeing, and you get more out of it that way. And that’s how I stumbled across Syscrusher, a tiny game about shooting robots.

I’ve installed and wearily deleted a dozen shooters in the last 8 months or so. I wish I could replace all their million unnecessary gigabytes with more of Syscrusher.

It’s simple enough that to describe it would almost be a disservice. You use a pistol, shotgun, autogun (“NEATO”, as your character responds to its description), and rocket launcher to fight a linear path through the robots defending the tower of a malevolent AI. You have a slow motion power but I honestly forgot about it. There are robots, and you must run through the levels shooting them. If they shoot you too much you die. It is a game about shooting, from a first person perspective. It’s this new thing. 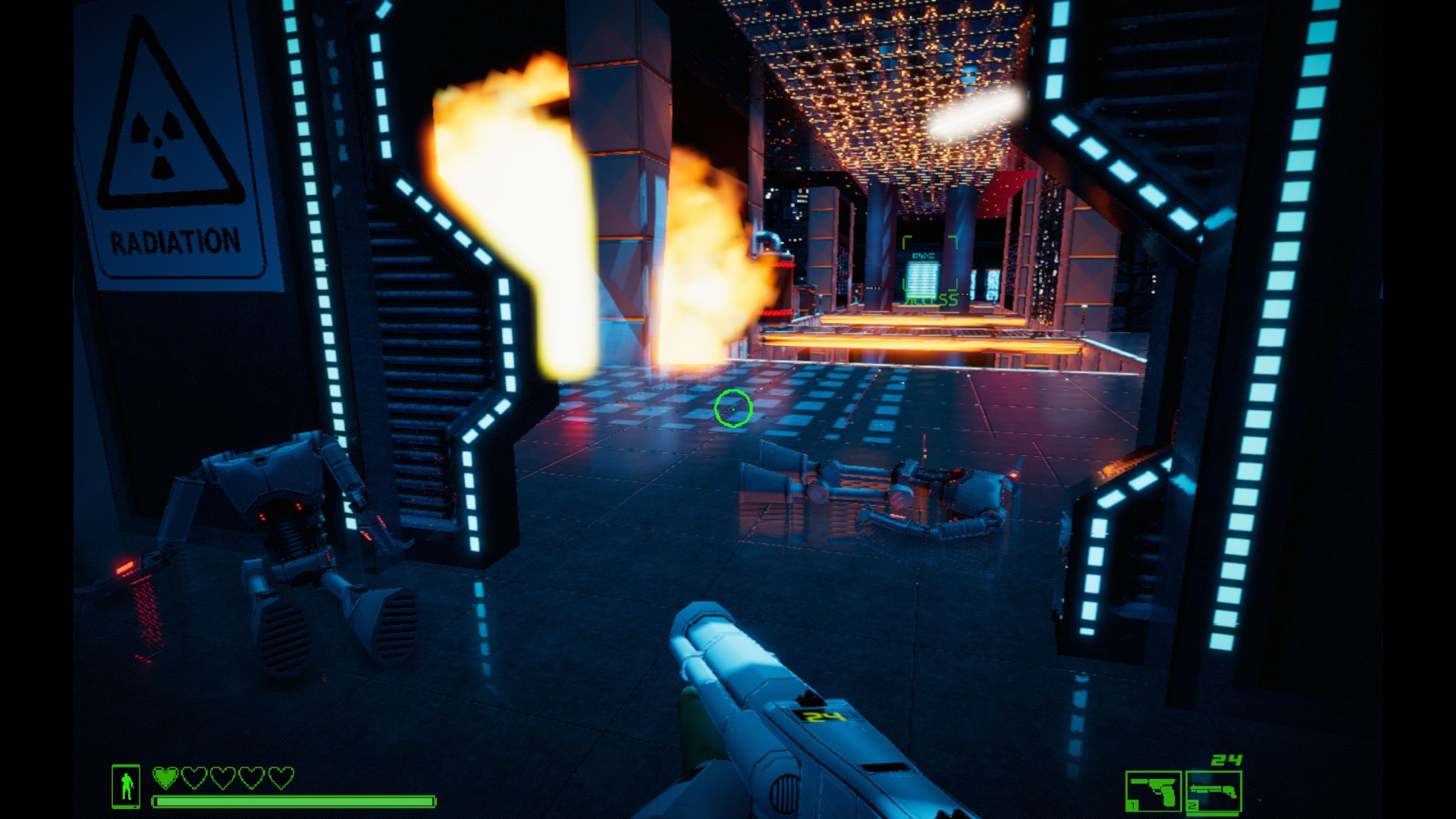 But the thing is, it feels fantastic. Its robots are just a little awkward and inaccurate, enough that you can be reckless and survive if you keep moving and manually ducking around. When you hit them, they’re scrambled for just a second, making even the pistol satisfying and useful. When they throw an occasional grenade, it ticks down in a panic-inducing way, and gouges great, glowing-edged holes in the level. I shot several windows just to enjoy their shattering, like it was 2002 all over again. The music is excellent and the boss fights short and simple enough to be enjoyable even to me, a boss fight hater. Hell, the final boss is one of the best fights I’ve had in a game for ages. It was absolute chaos.

I love the look of it too. It’s like an action-only cousin of System Shock 2, with all those clean blue metallic rooms, chunky laser pistols, and the protocol droids turned from unsettling terrors into wonderfully disposable mooks.

You’ll blast through Syscrusher in about 25 minutes. It’s very short and excellent the whole time. That was when I noticed that it’s by Dirigo Games, the same people who made the comparably short and sweet Stowaway, a horror game with a wonderful low res, high contrast art style and spooky, atmospheric sound design. 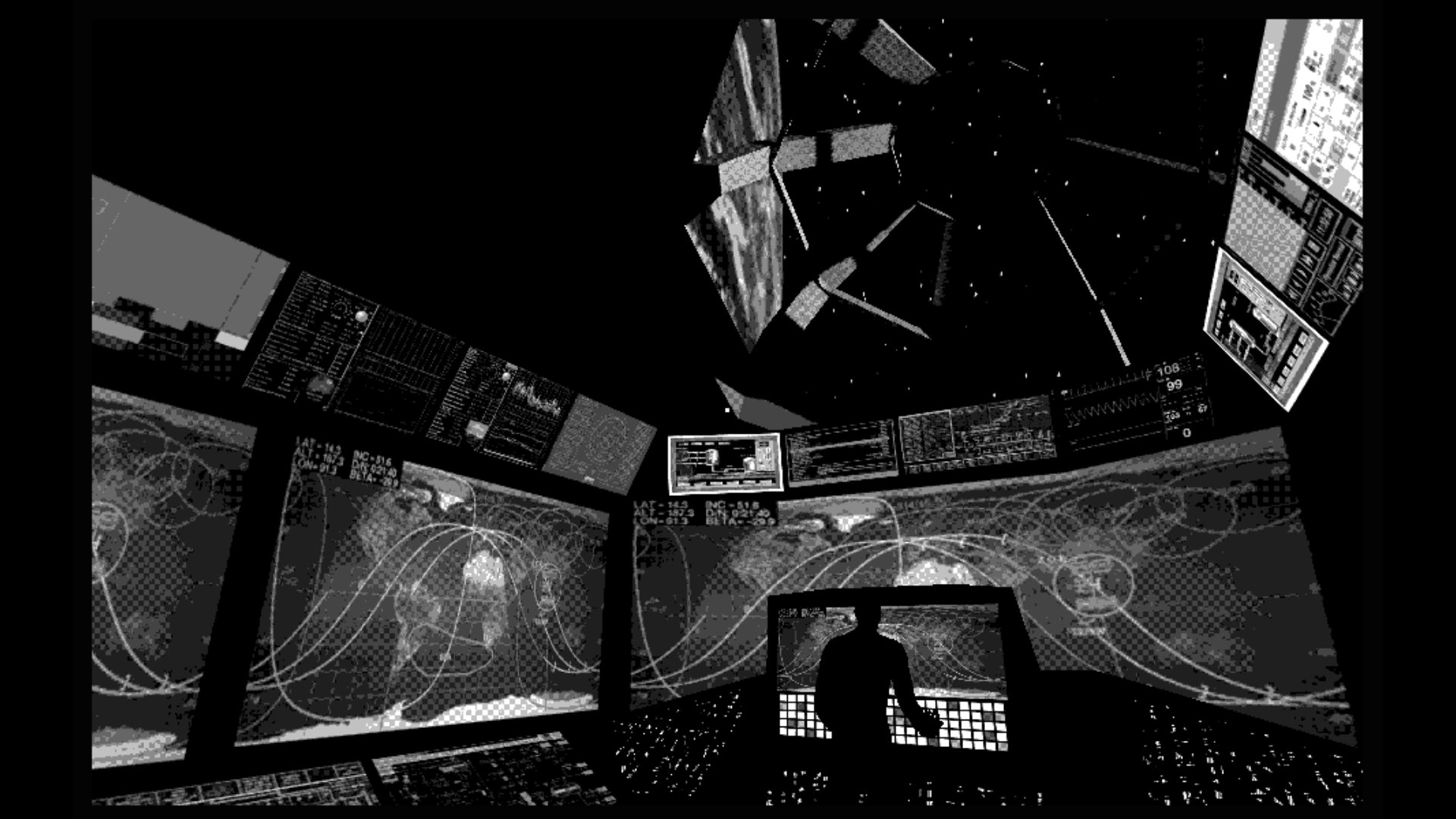 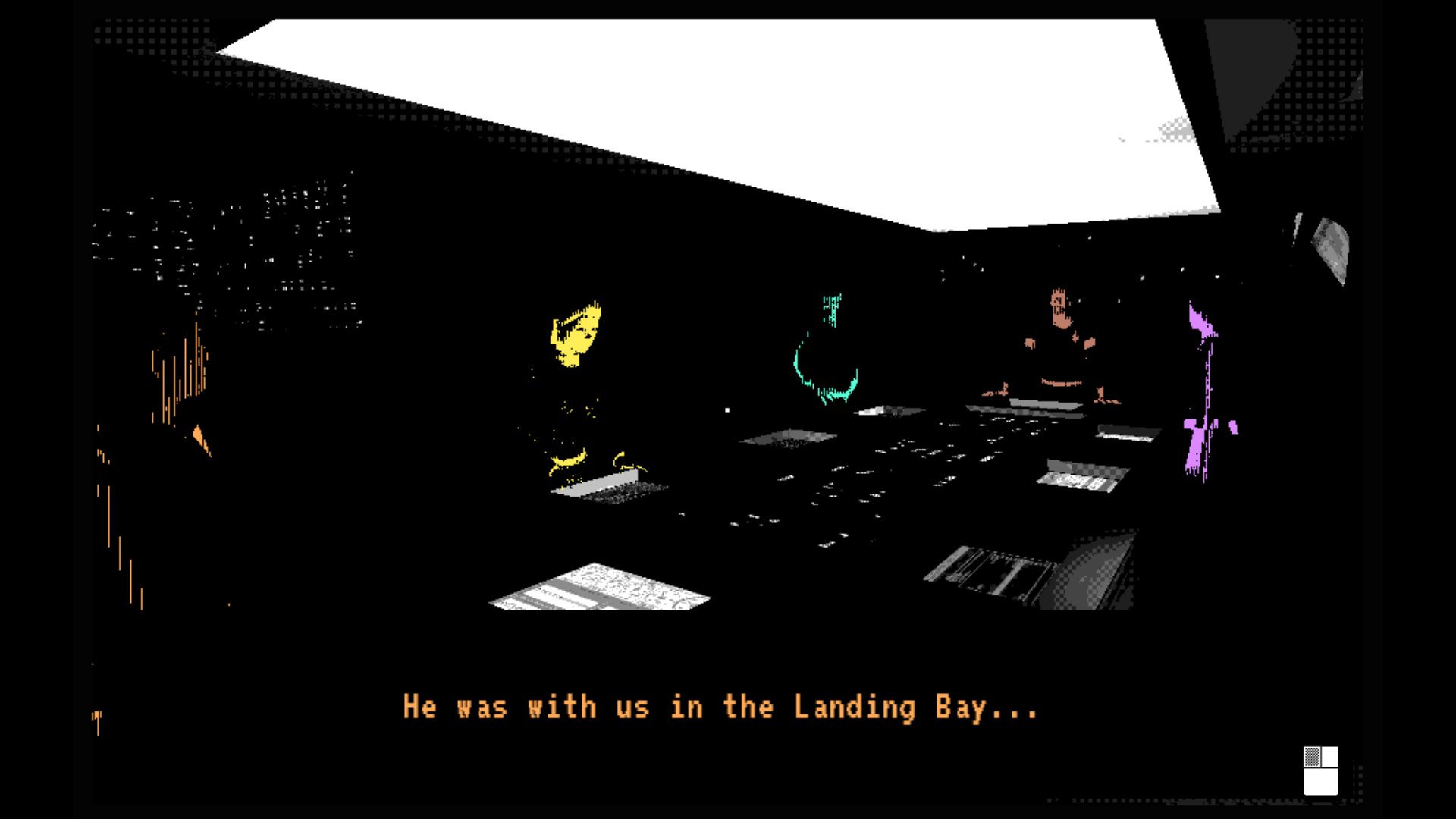 I couldn’t choose between screenshots so you’re getting both.

They also made Depths Of Fear, which our Adam Smith (RPS in peace) spoke of fondly. “It’s jarring, hugely imperfect and strangely alarming. I’ve happily lost myself in it for two evenings now,” he said in his Depths Of Fear review, and even went on to name it one of the best horror games before his escape. They’re currently working on Kingdom Of The Dead, described by their Twitter account as “A single-player horror/adventure, pen and ink FPS” in which your goal is to kill Death. I am very much looking forward to seeing what they can do with that.

Syscrusher and Stowaway were both in the Itch Bundle for Racial Justice and Equality, and are available to buy on itch. Stowaway asks for a mere dollar, and Syscrusher is name your own price.

Podcast: What are the best monsters?

Listen now or be monstered

The 25 Best Horror Games On PC