Arise: A Simple Story is a game about the three Ls. No, not Lemons, Lemons, Lemons (a small joke for RPS Vid Bud fans, there), but life, love, and loss. You know, the BIGGIES. In it, you’re reliving the memories of a sweet old man as he journeys on to the after life, taking in everything from the breathless rush of childhood, where you’re bounding across giant sunflowers in the wind and hitching rides on the back of bumblebees, to the first blush of romance and the heartache of later life. It is, as its title suggests, not a complicated story, but man alive does it go places.

Backed by a sumptuous score composed by David ‘Rime‘ Garcia, Arise shares a surprising amount of DNA with Tequila Works’ sun-bleached adventure puzzler, so much so that it’s hard not to see one as an extension of the other. Both feature protagonists coming to terms with their past and both of them give you the power to scroll through the heavens with a nudge of an analogue stick in order to fast forward and turn back time. The latter is used sparingly in Rime, but Arise puts it front and centre, making it your one and only tool to navigate the landscape of your ever-shifting memories.

It’s fitting for a game about reliving life’s big moments, and it reinforces how we ourselves repeatedly scrub back over moments of importance in our mind while whizzing past others that are less significant. There are also occasions where our bearded hero literally gets swept up by the events at hand, and it’s only by jamming the right analogue stick into fast forward that he can reach his next destination. Gameplay and story mechanics, I now pronounce thee man and wife. 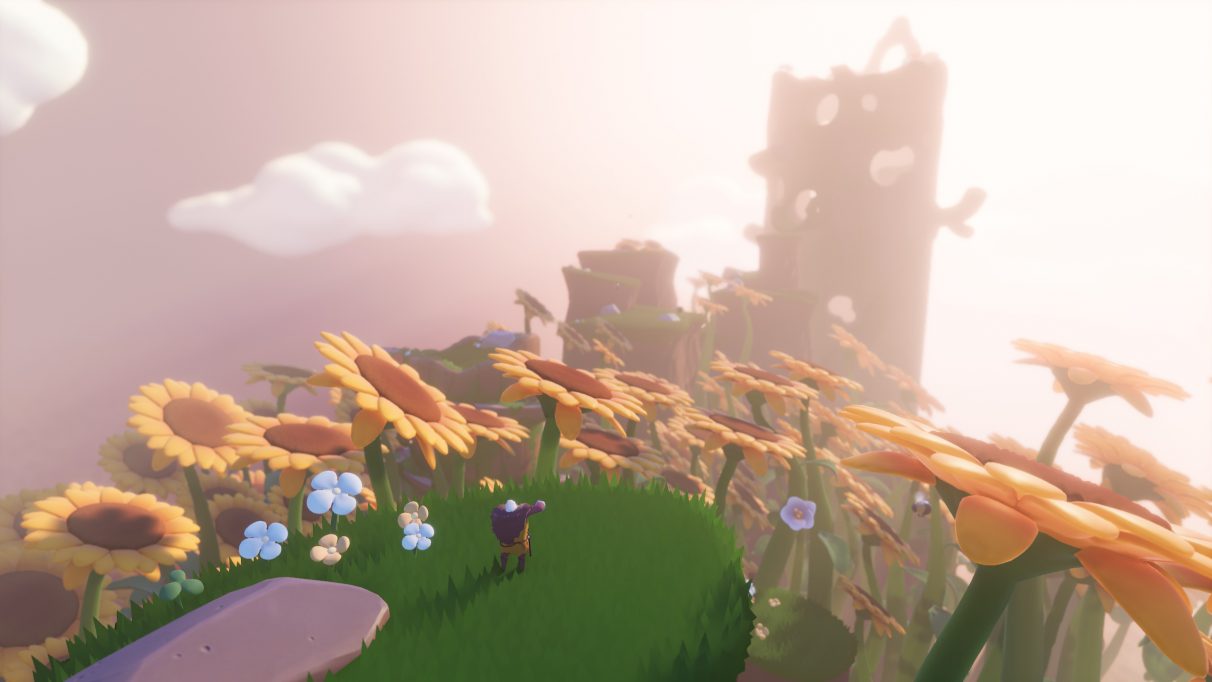 Then again, Arise is not a subtle game by any means. In one level, there’s a moment during the ‘loss’ section of beard man’s life where statues depicting all his future hopes and dreams burn up in front of you, and you’ve just got to keep going until you reach the literal light at the end of the long tunnel.

There’s also a really weird bit that’s meant to represent the ‘growth’ of blokey’s first child, and you have to jump between various sizes of pink blobs until you cause enough dandelion-esque plants to burst into life so the big plant in the middle can birth a literal egg when you get to the top. I wish I was making this up. 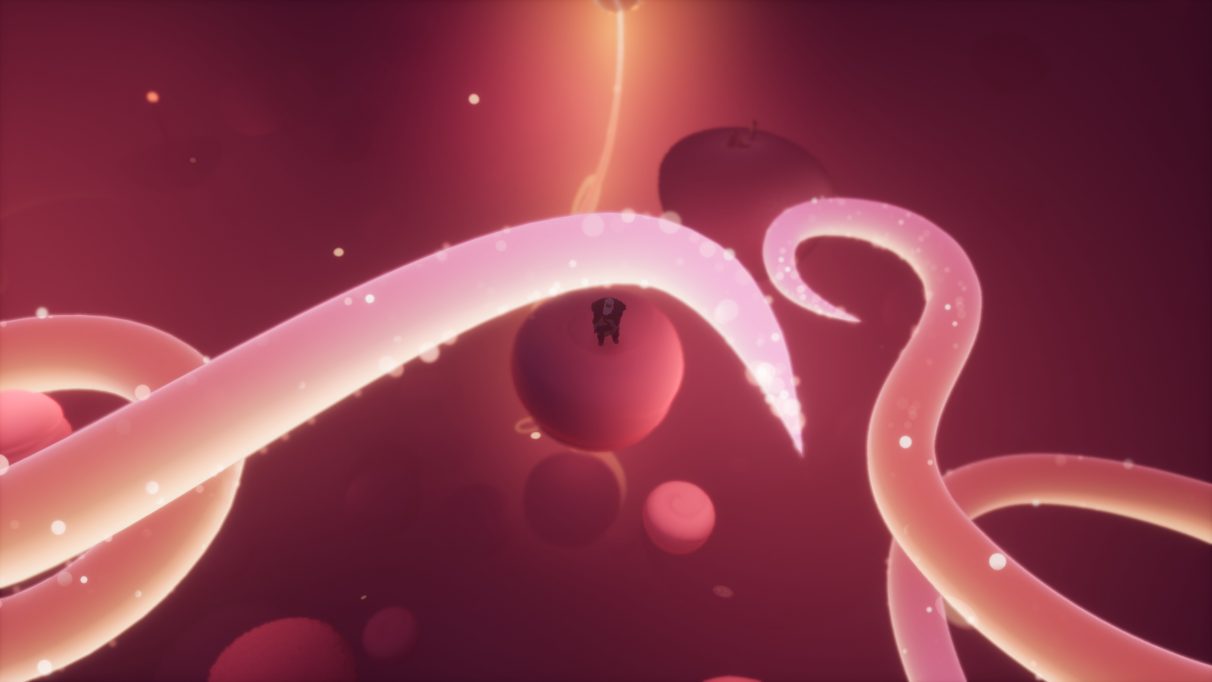 Yeah, I have no idea what’s going on here, either…

The 3D platforming can also feel a bit mean in some of the later sections of the game, particularly when you’re trying to hunt down extra collectible memory drawings that help fill in some of the gaps of the wordless narration, and the camera can sometimes make it hard to judge some of the jumps between different bits of scenery. Still, it’s hard to begrudge Arise too much when its heart is so clearly in the right place (and whose strings are being tugged so profusely by Garcia’s soaring score), and I don’t think I’ve ever played a game where they’ve absolutely nailed the sheer heft and effort involved in being as old as the hills.

If you dug Rime, then you’ll almost certainly dig this, too, so why not give it a go on the Epic Games Store?

More about Arise: A Simple Story

Arise: A Simple Story brings life after death in December