When I was a teenager buying a budget computer game involved pedalling your penny-farthing along cobbled streets until you happened upon a branch of GAME, Electronics Boutique, WHSmith, or Woolworths, entering said store, selecting a hardback-sized box largely filled with air, and then handing a shop assistant a crumpled banknote with a picture of Florence Nightingale on one side. Today, my penny-farthing sits rusting in the shed, most of the local game emporiums are now nail bars or coffee shops, and a tenner buys ten golden oldies not one. Modern life is a curate’s Cadbury Creme Egg and no mistake. 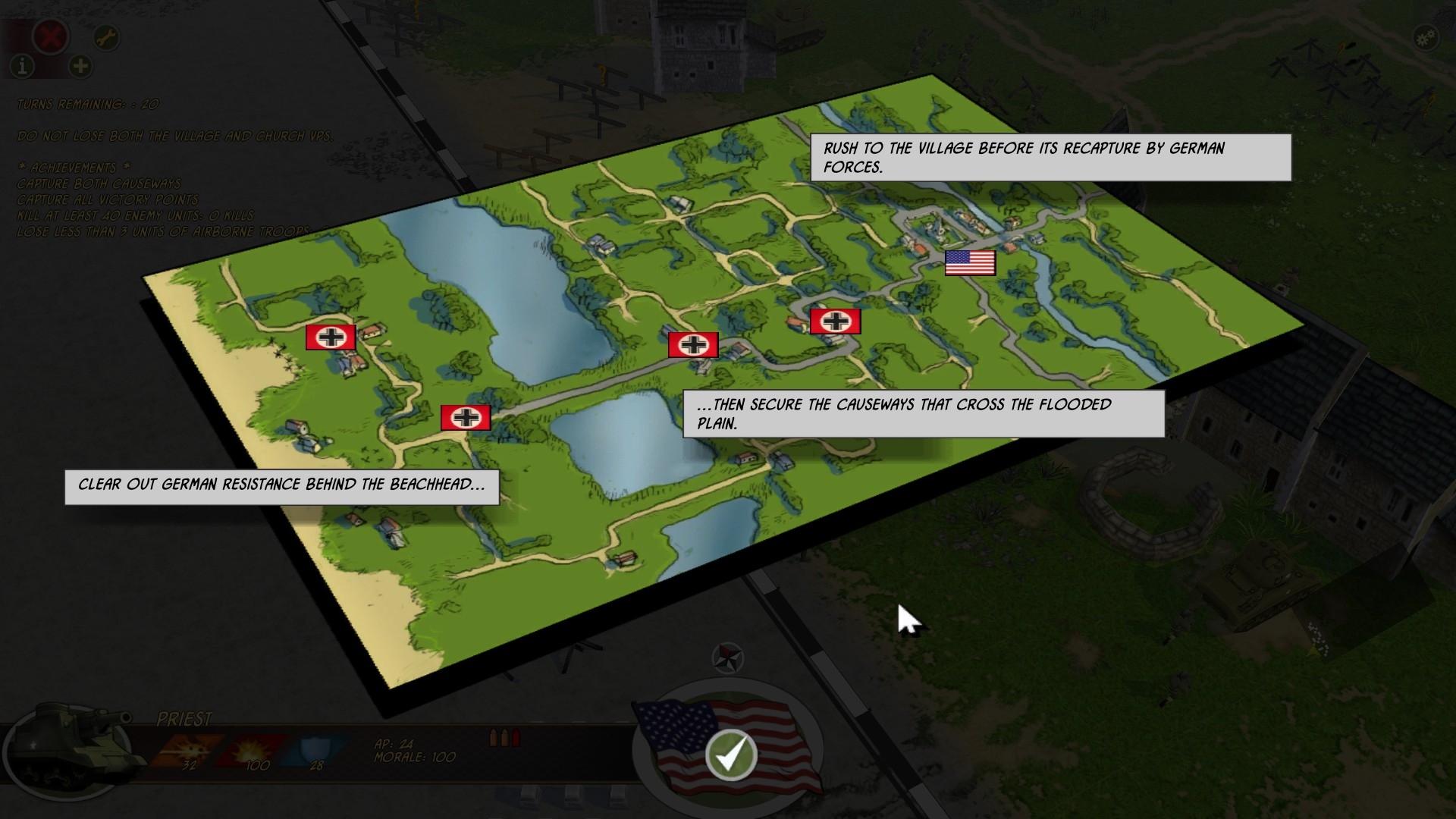 None of the various Steam sale purchases I’ve been playing this week cost more than £1.10. All prove that the “You get what you pay for” adage might apply to cosmetic surgery and bulletproof vests, but it certainly doesn’t apply to computer games. 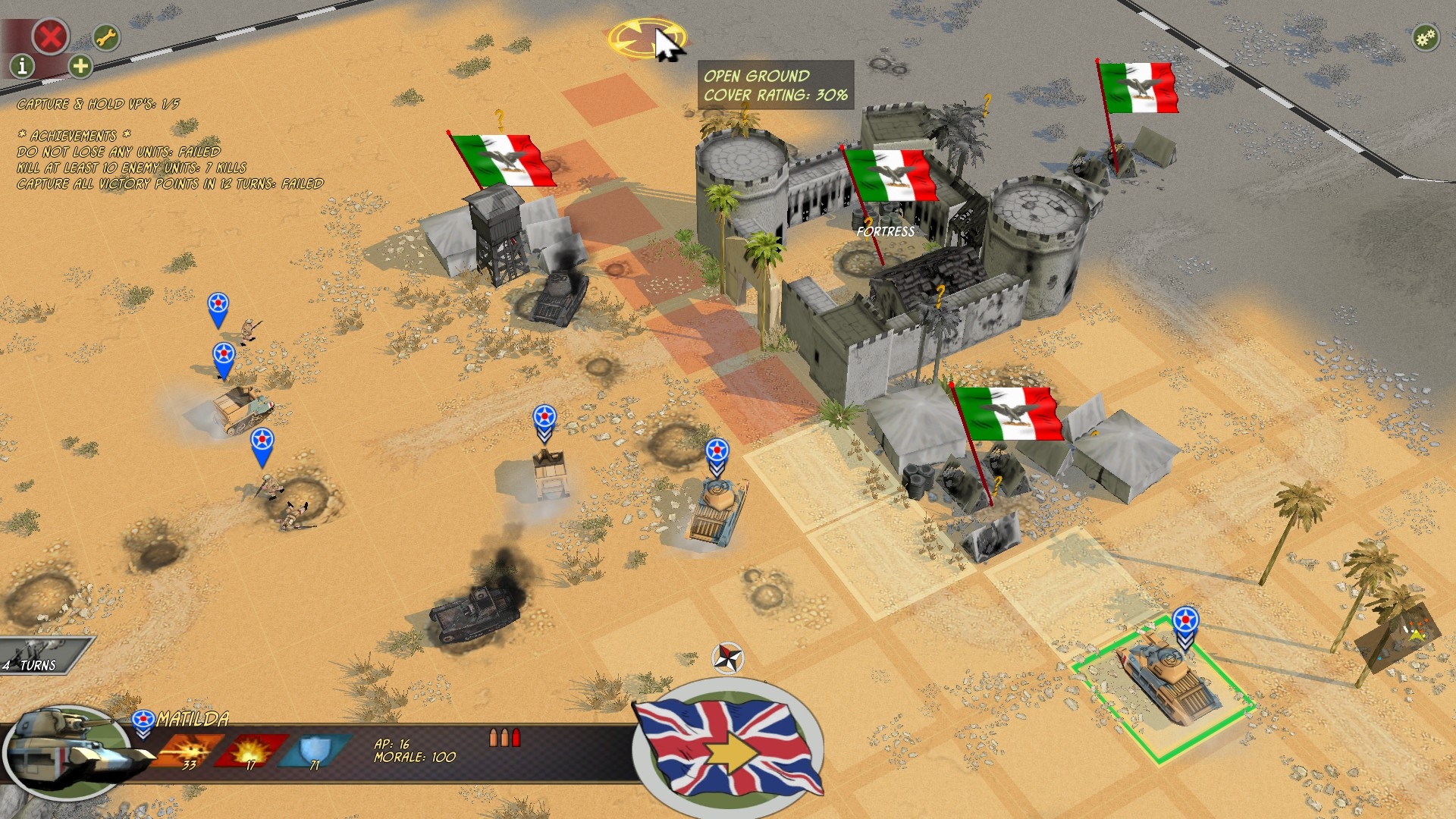 My 2014 Flare Path about great introductory wargames was heavy on equivocation. If I was writing it today, it would be much shorter: 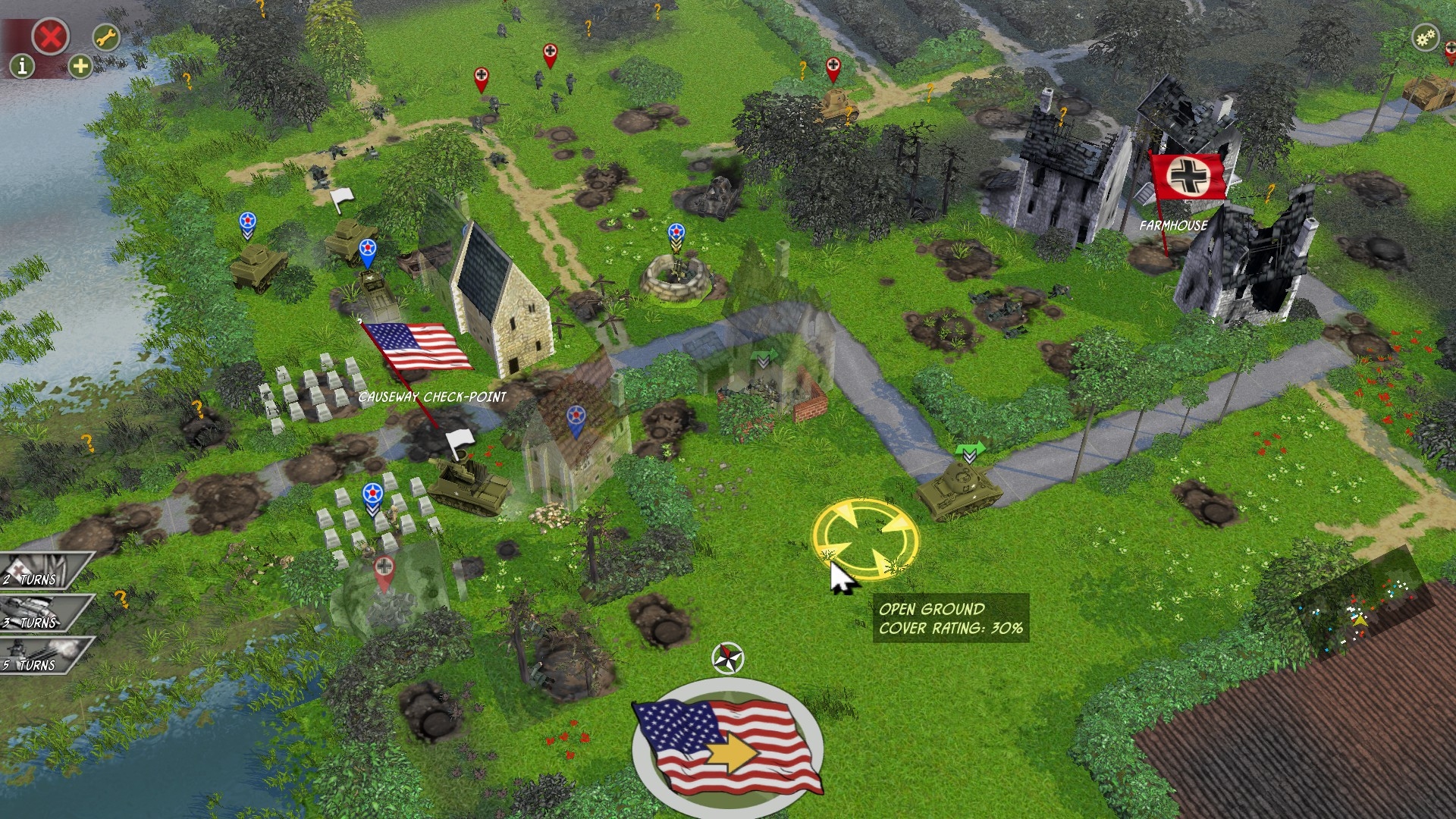 Slitherine’s 2010 hex shunner has aged astonishingly well. Behind distinctive easy-to-parse cartoon graphics and stirring sound effects, lurks a surprisingly sophisticated reality-rooted WW2 wargame. Because the grid squares are the size of tennis courts not communes, and units represent individual squads and vehicles not regiments or troops, BA has a knack for drama that Panzer General-likes like Order of Battle and Panzer Corps lack. 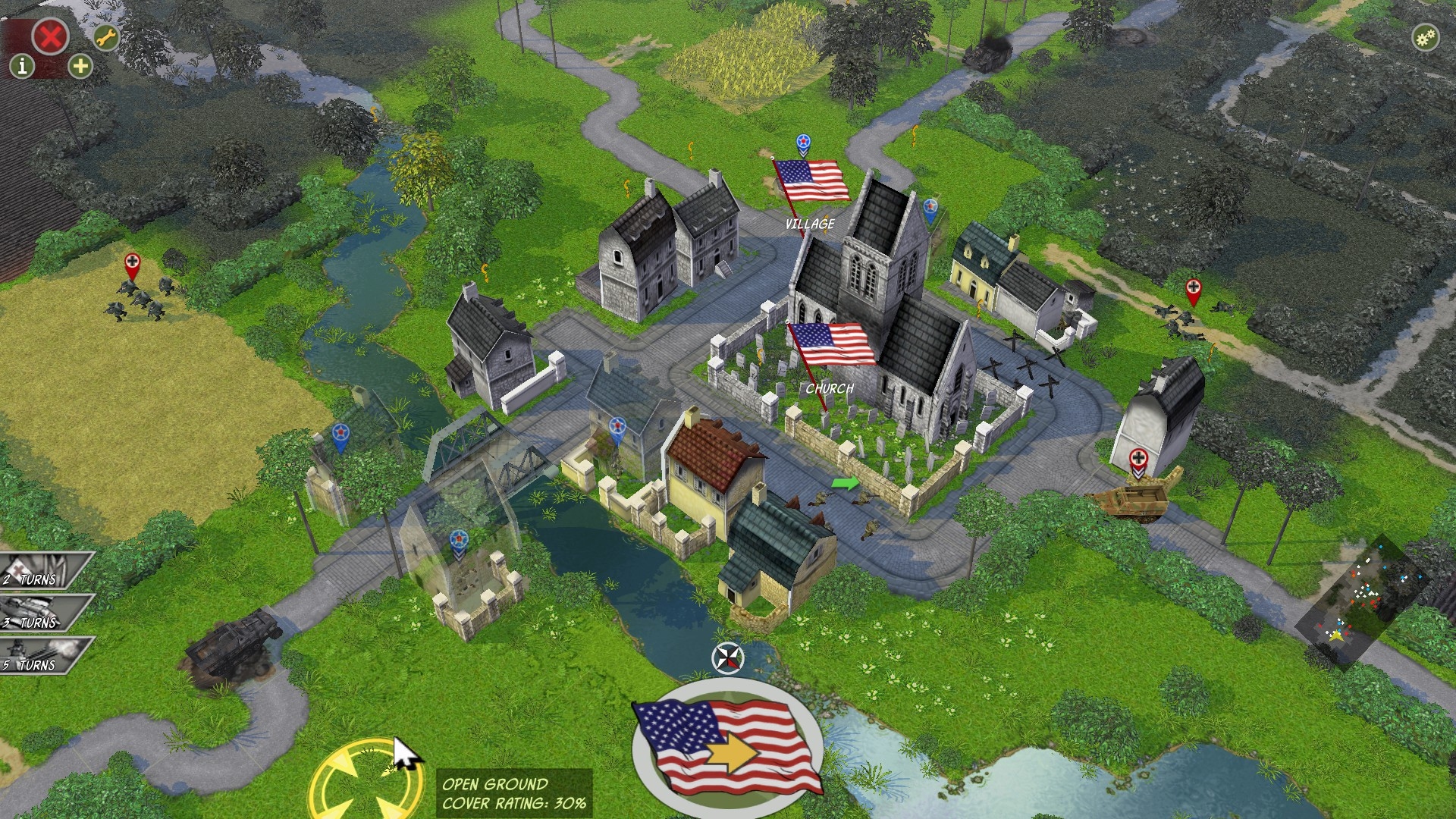 A Sherman pounds an MG bunker allowing a cluster of GIs to unpin and dash across a contested lane… An Achilles tank destroyer emerges from a sideroad, spits an AP round at a Panther before reversing back into safety… An artillery bombardment catches a halftrack cold, eviscerating it in an instant… Slitherine capture the flavour of WW2 ground warfare without burying the player under a mountain of stats or confusing them with a fussy multi-phase turn structure. 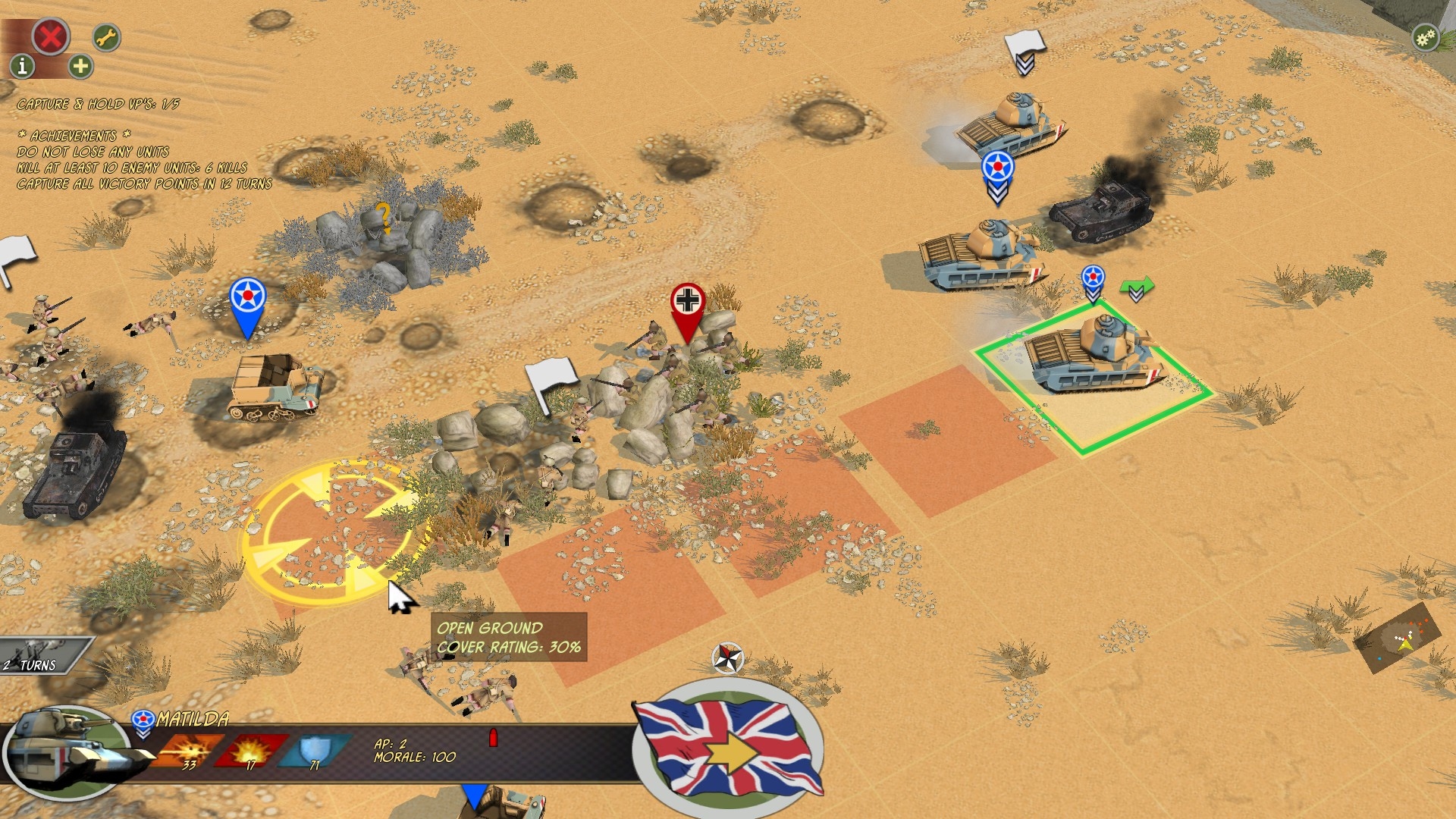 Automatic reaction fire blurs the line between the friendly and enemy halves of a turn nicely. Spotting, morale, AI and, generally speaking, ballistics all have the ring of truth. Mauled and worried units regularly auto-retreat. Formidable heavy tanks and AT guns that are easily overwhelmed or ground down in other WW2 fare often prove to be thought-provoking obstacles in BA’s carefully balanced scenarios. 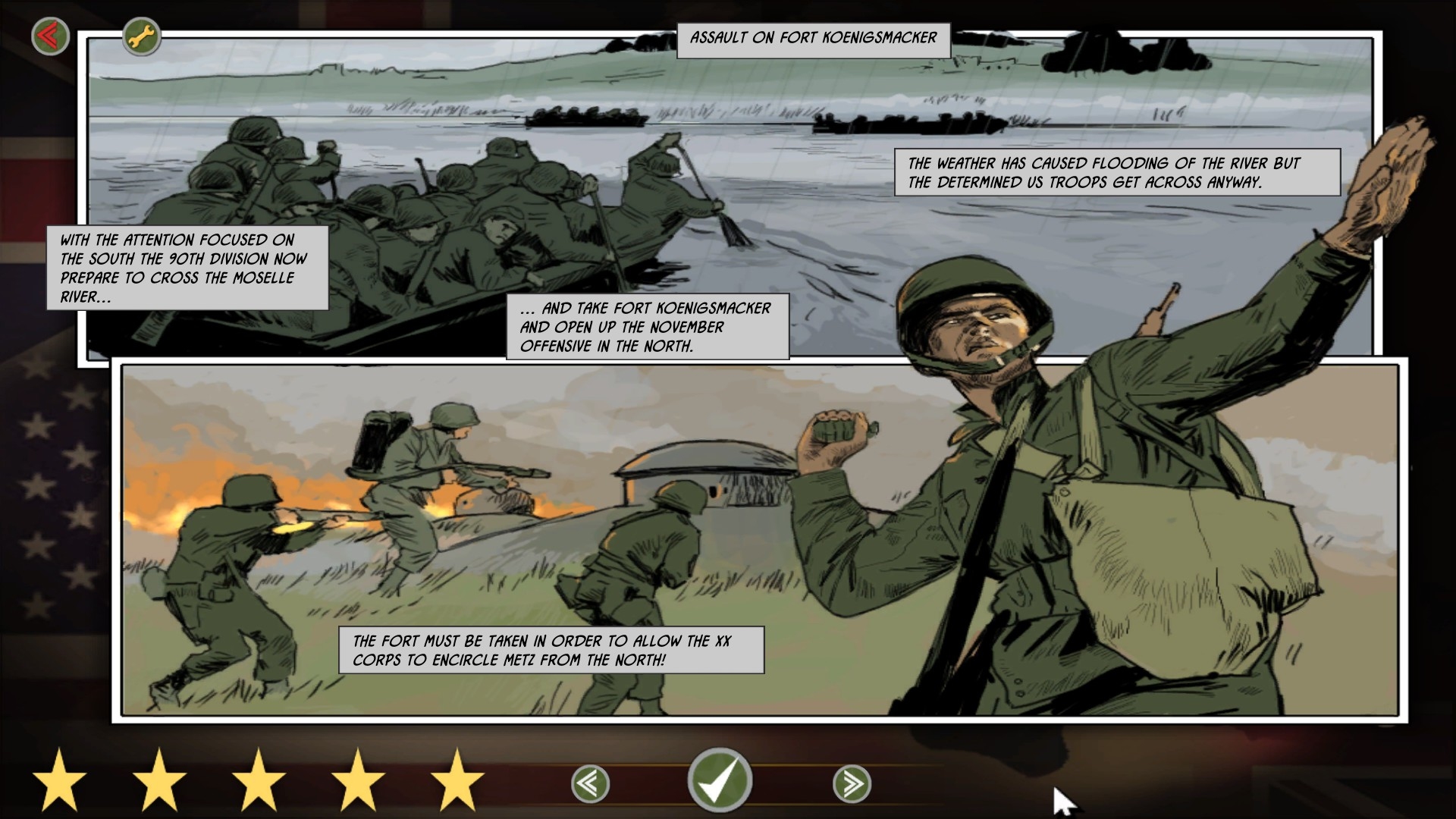 The base game comes with a substantial cache of Allied campaign content (Western Desert, Normandy, and Battle of the Bulge) and the fun can be extended via free mods (accessed through an integrated mod downloader) or through various £2 expansion packs. Currently cheaper than a cup of cafe tea, Battle Academy really is staggeringly good value. 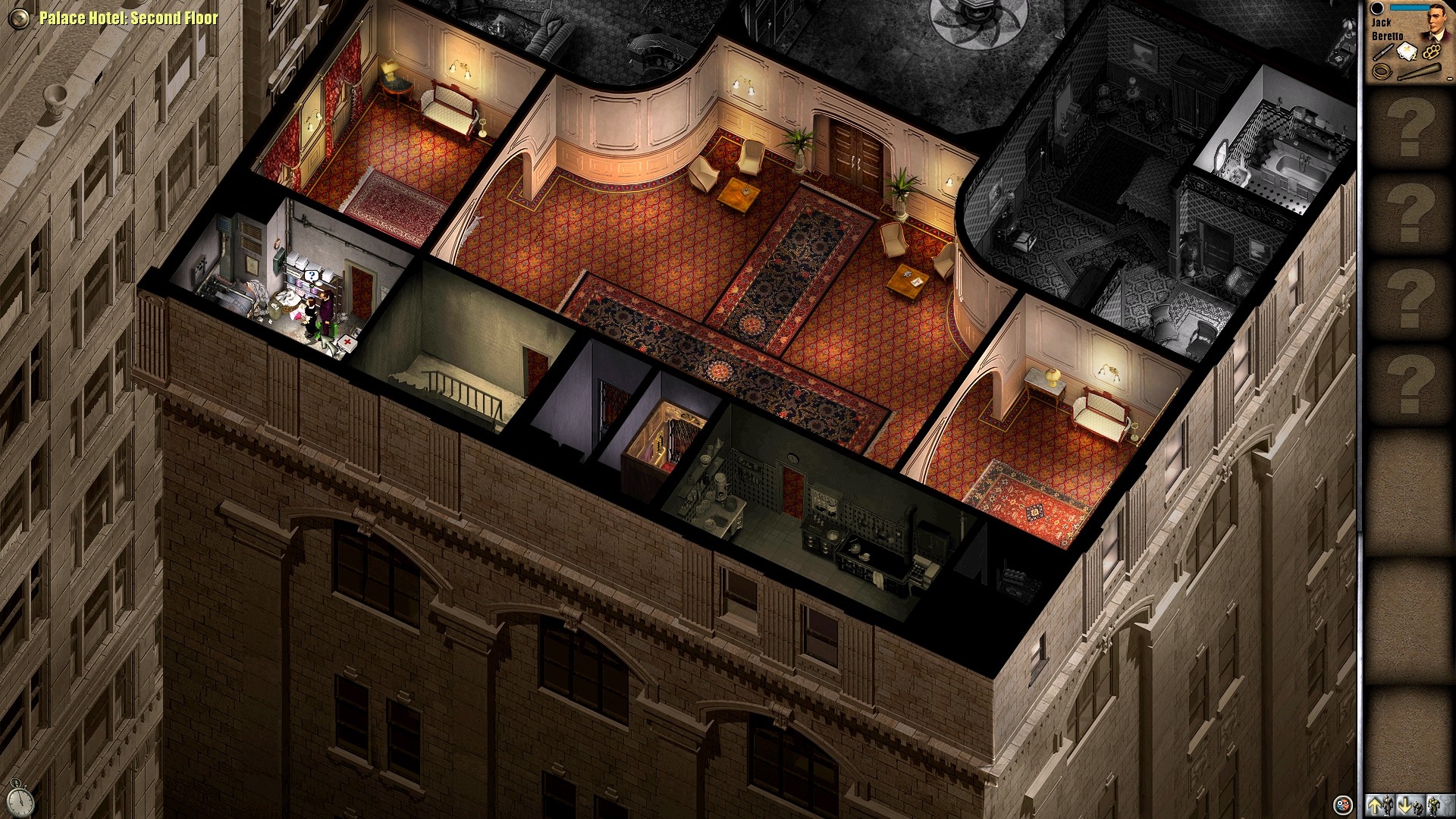 The third of Spellbound Entertainment’s three isometric team tactics titles was unquestionably the weakest, but if you’re as fond of the genre as I am, you shouldn’t have any trouble extracting 79p’s worth of pleasure from it. 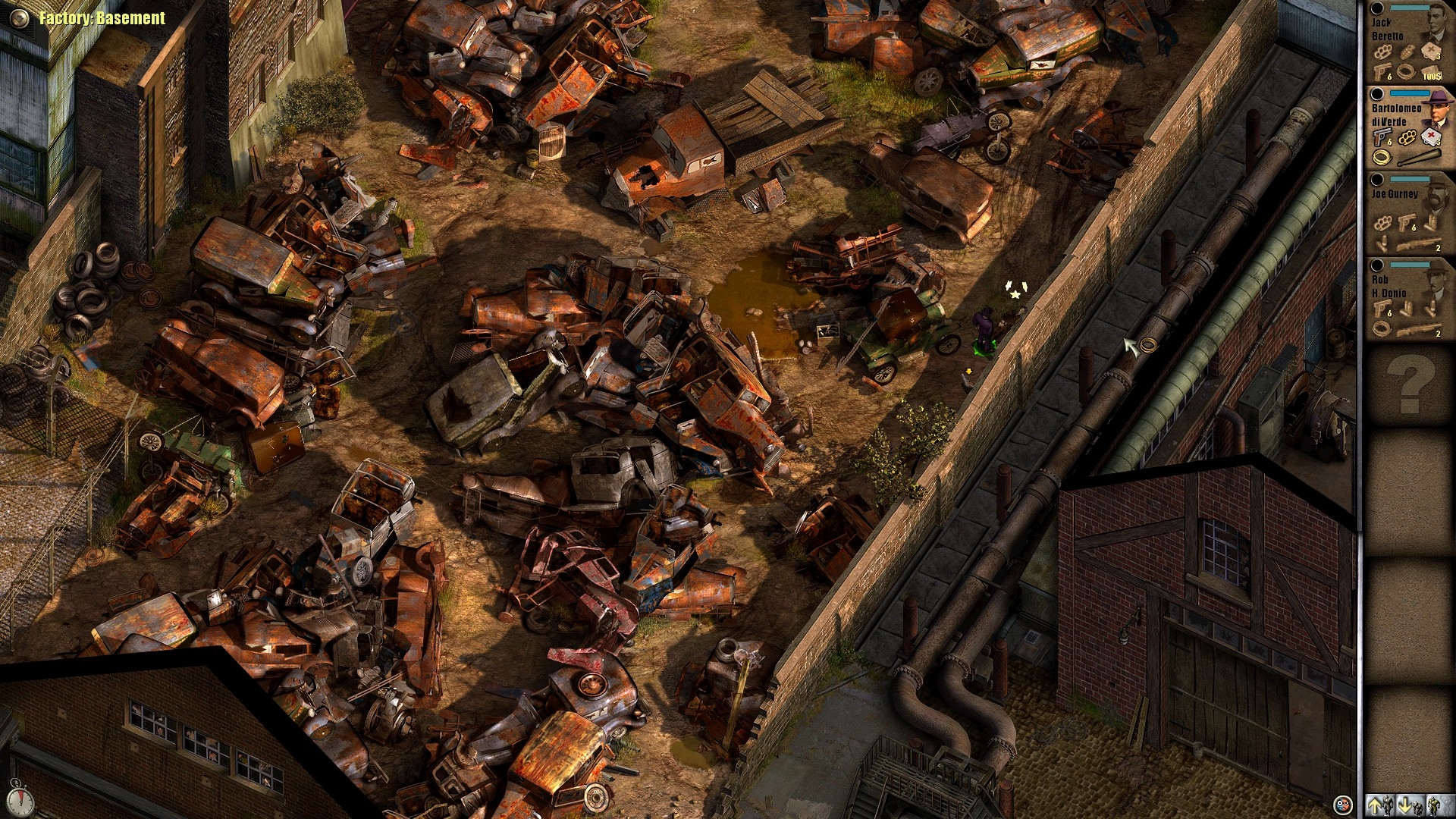 Come to Chicago 1930 direct from Desperados III, Shadow Tactics or Commandos 2 and the absence of character-linked party tricks will take a little getting used to. Whether you’re playing the FBI campaign or the Mafia one, you rely on hand-picked teams of personnel differentiated by ability stats rather than unique talents and equipment. Anyone can swing a baseball bat or play a Chicago piano, it’s their improvable skill ratings in areas like ‘Shooting’ and ‘Close Combat’ that determine how competently they do so. 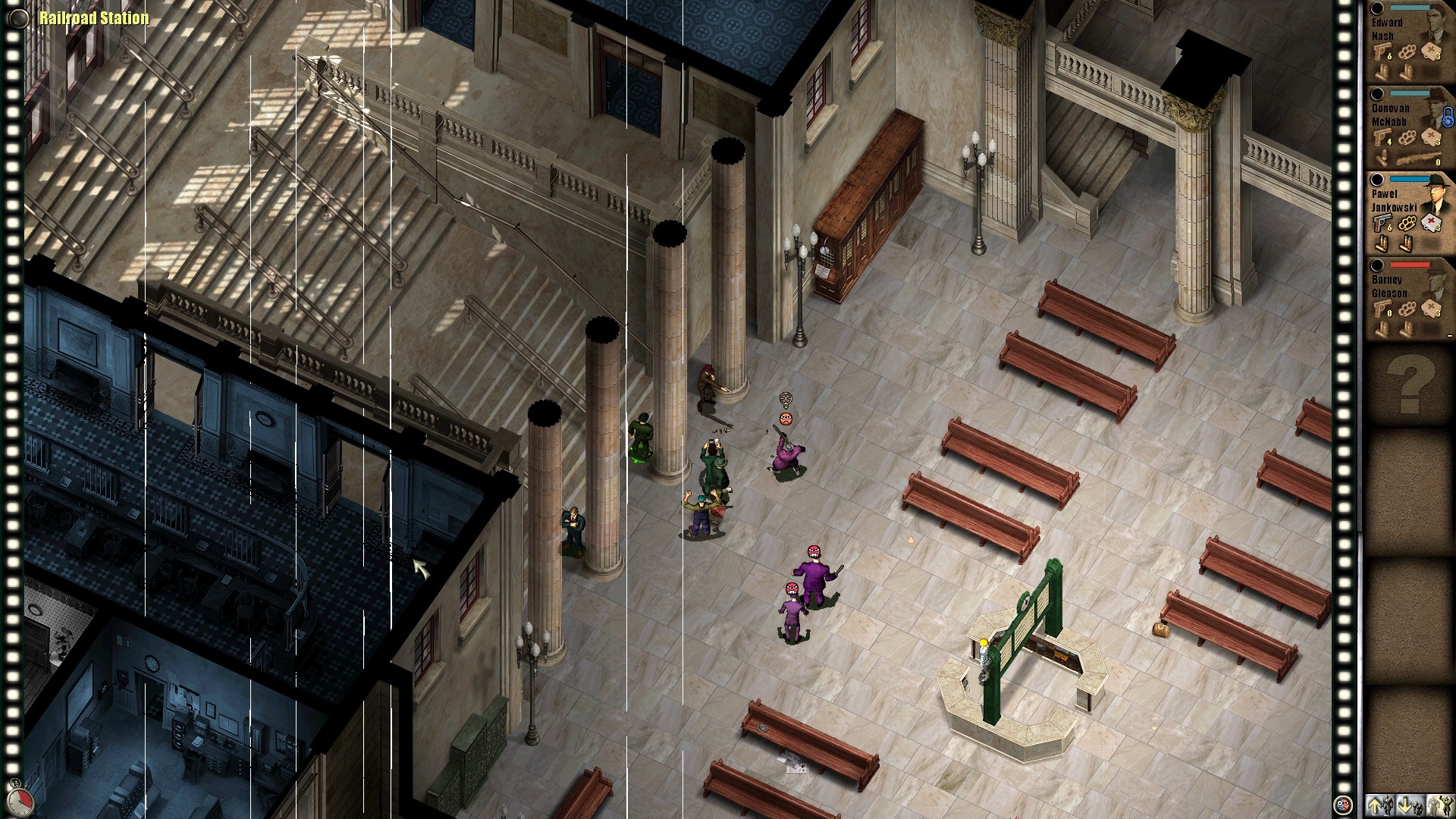 For reasons best known to themselves the makers of Desperados: Wanted Dead or Alive (£1.12 at present) and Robin Hood: Legend of Sherwood (£1.11) decided distraction tricks and visible vision cones had no place in a Prohibition-era gangsters game. 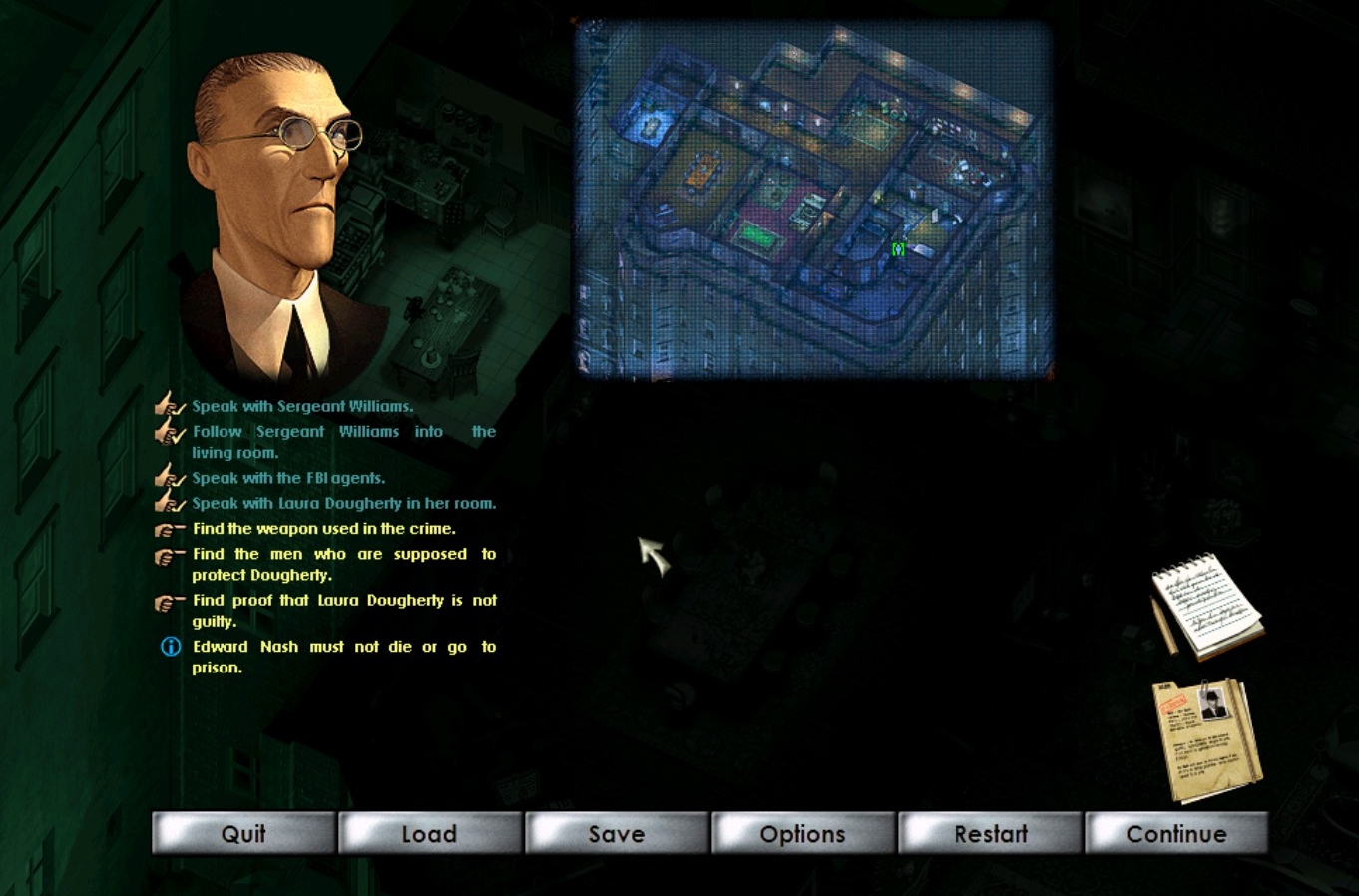 Equally unwisely, they also decided to impair tactical freedom with various non-negotiable mission tasks that owe more to traditional adventure games than Commandos-likes. Regularly you find yourself hunting for a key for a crucial locked door. Often a specific character must be found and interrogated to nudge a stalled mission script into life. The sense that levels can be tackled in countless different ways just isn’t there in Chicago 1930. 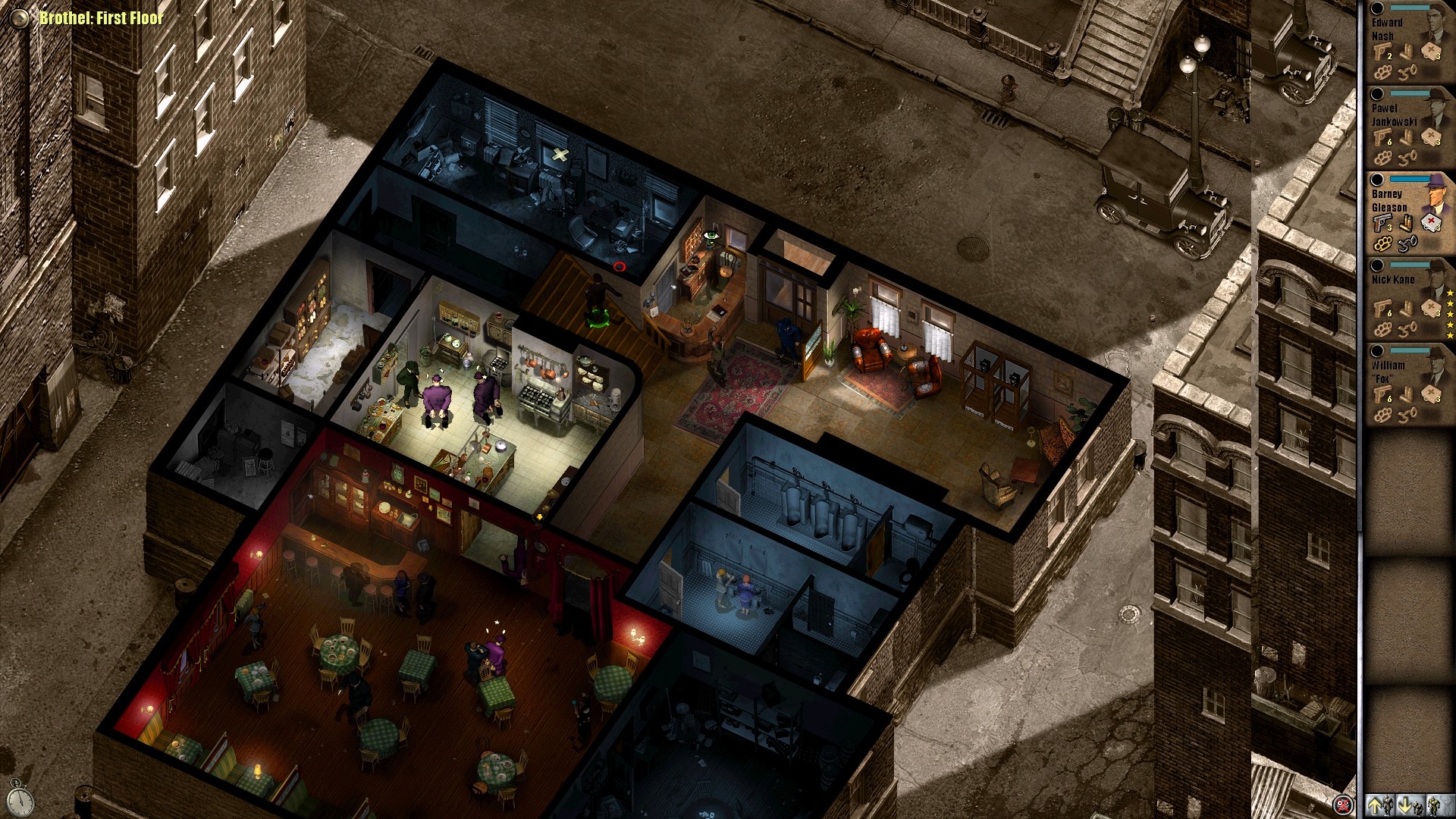 Which isn’t to say the game doesn’t have its moments. The map art (sadly unrotatable) is luscious. Painstakingly dressed distilleries, speakeasies, gambling dens, brothels, railroad stations and docks serve as moody backdrops for violence that is, in many ways, more interesting than the gun play and fisticuffs in Mimimi’s latest. 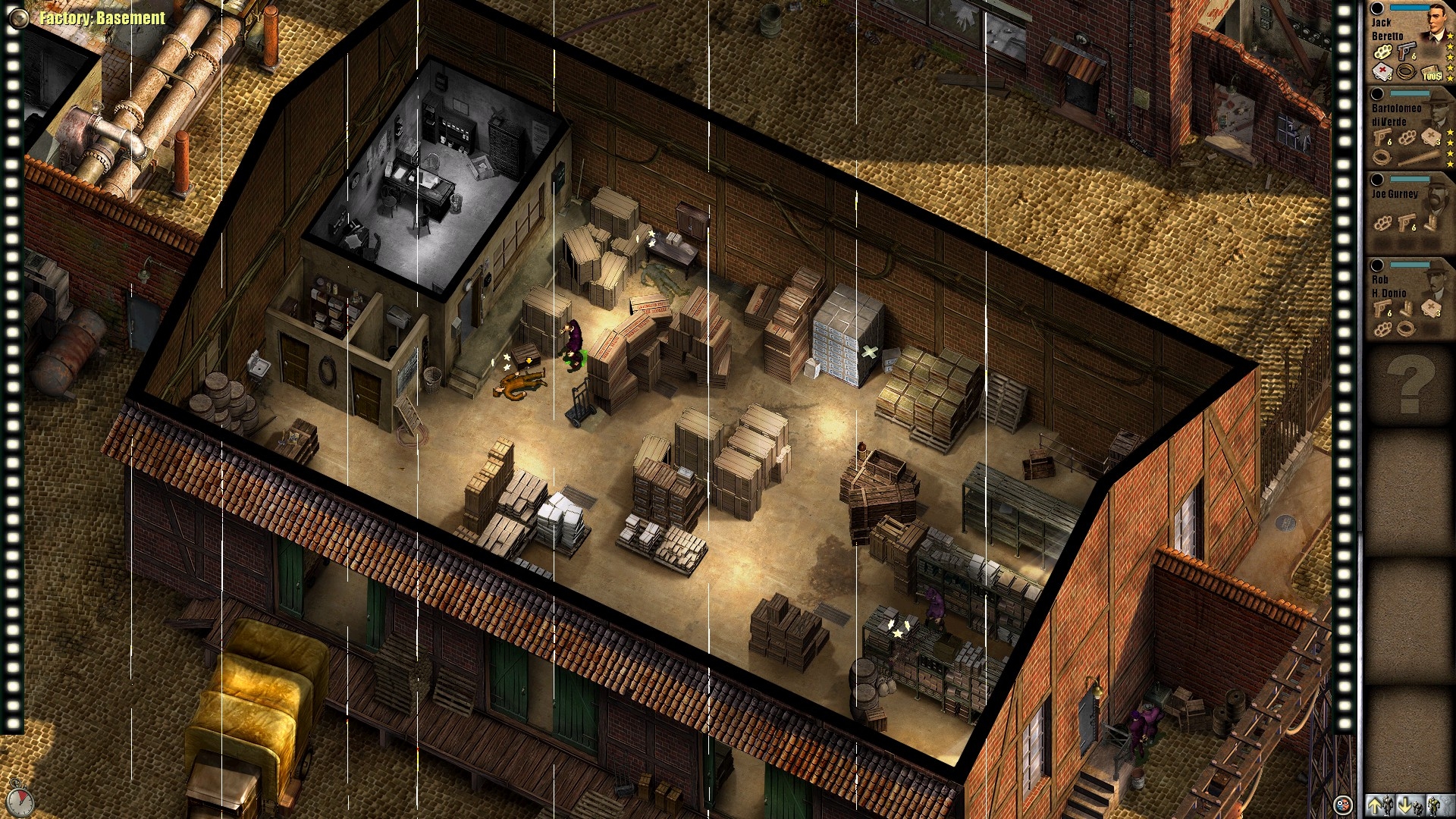 Firearms can miss or wing. Shotguns can pepper nearby bystanders as well as intended targets. A man sent flying by a club or brassknuckles-enhanced blow sometimes skittles over others in the vicinity. Watching in slow motion (a Showdown style mode is provided) as your men burst into a room crowded with foes and proceed to take down each and every adversary without serious injuries to themselves is one of Chicago 1930’s most satisfying experiences. Worth seventy-nine new pence? Indubitably. 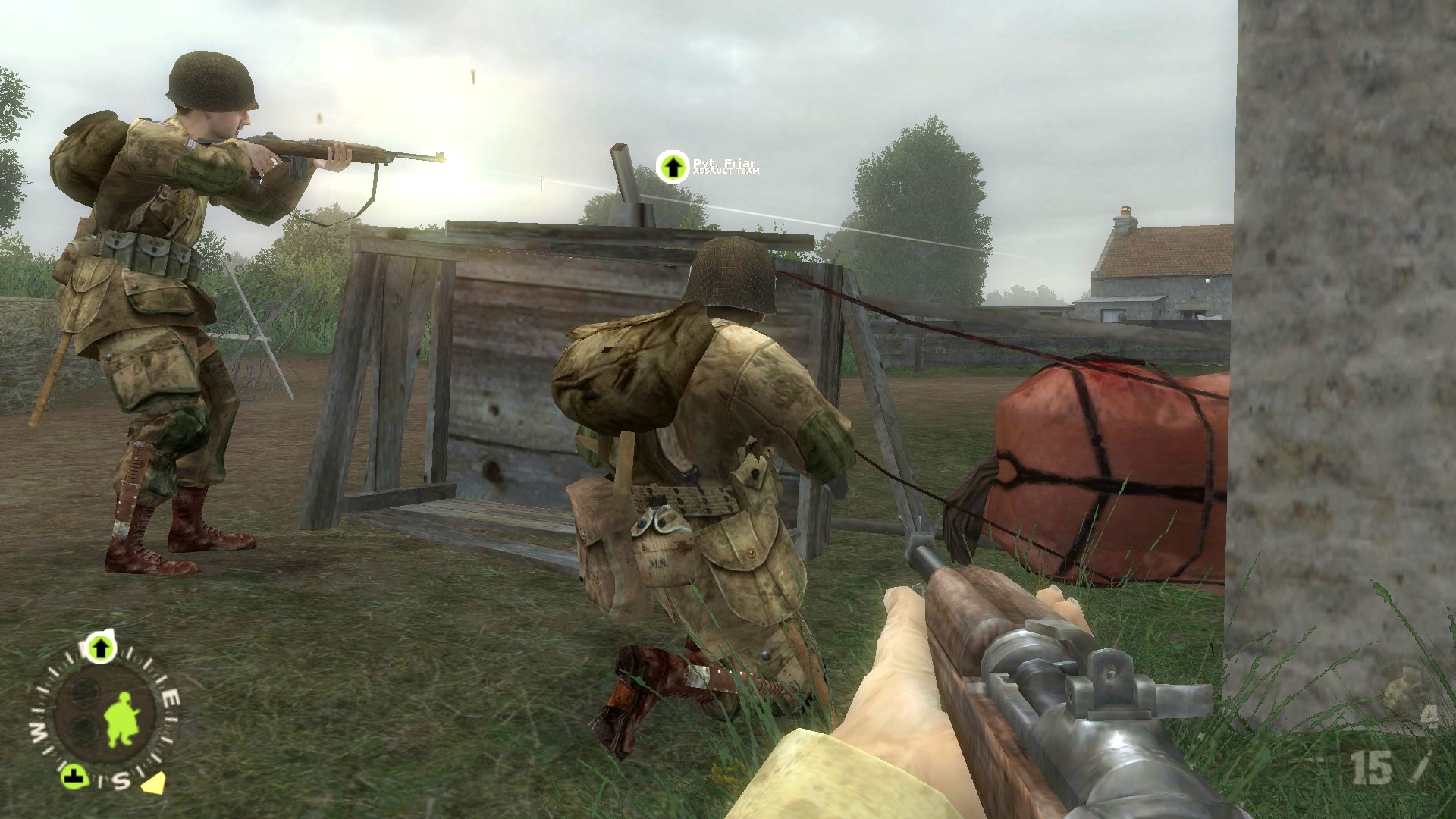 If you’re one of the millions who already own Earned in Blood then take this as a recommendation to replay rather than purchase. As I’d forgotten just how brilliant Gearbox’s 2005 WW2 FPS was, it’s possible you may have too. 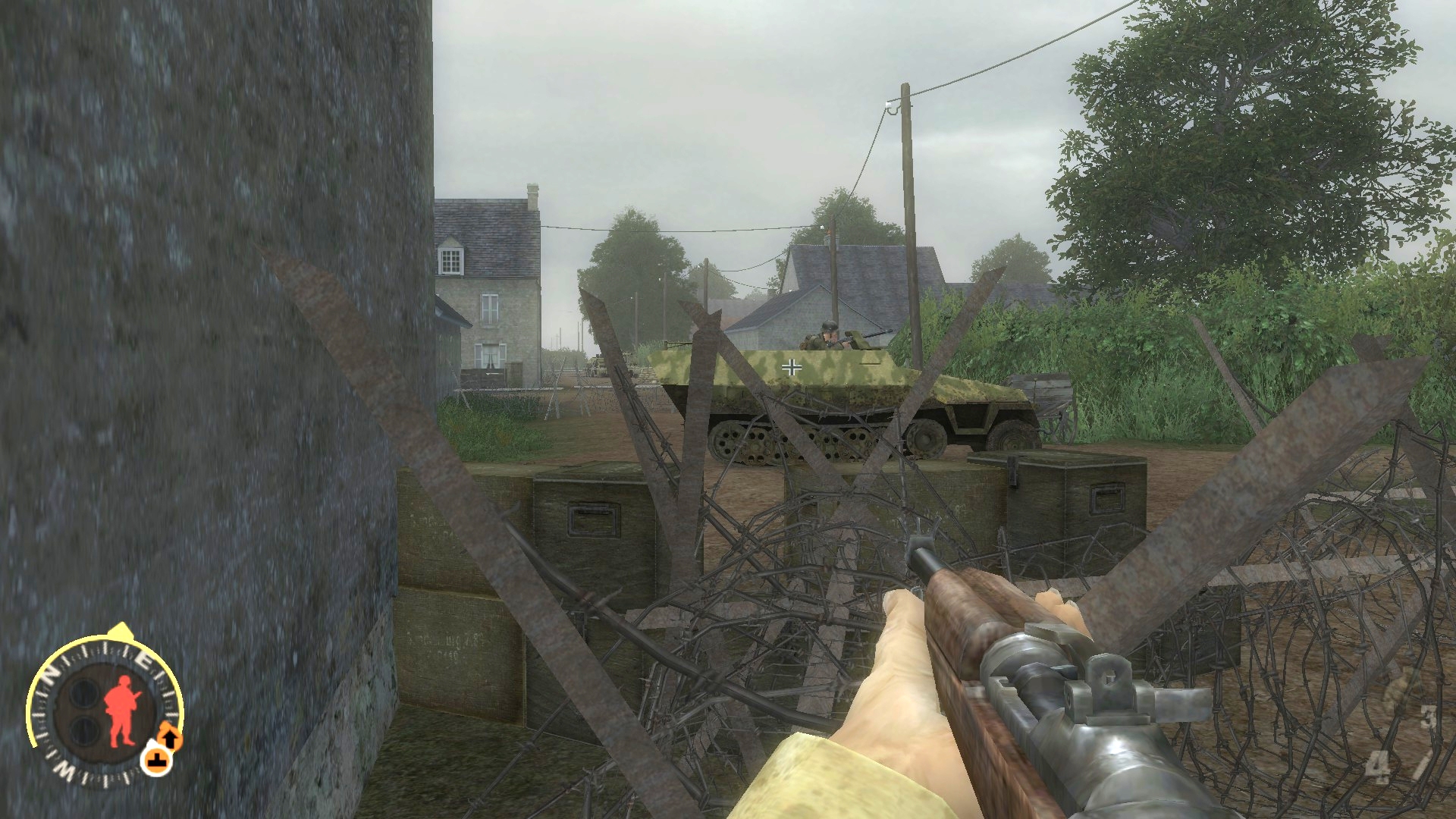 Get through the rather cramped early levels – get accustomed to the inaccessible buildings and low unvaultable/bulletproof barriers that are deployed a little too freely on some maps – and EiB will, I assure you, begin to work its potent magic. 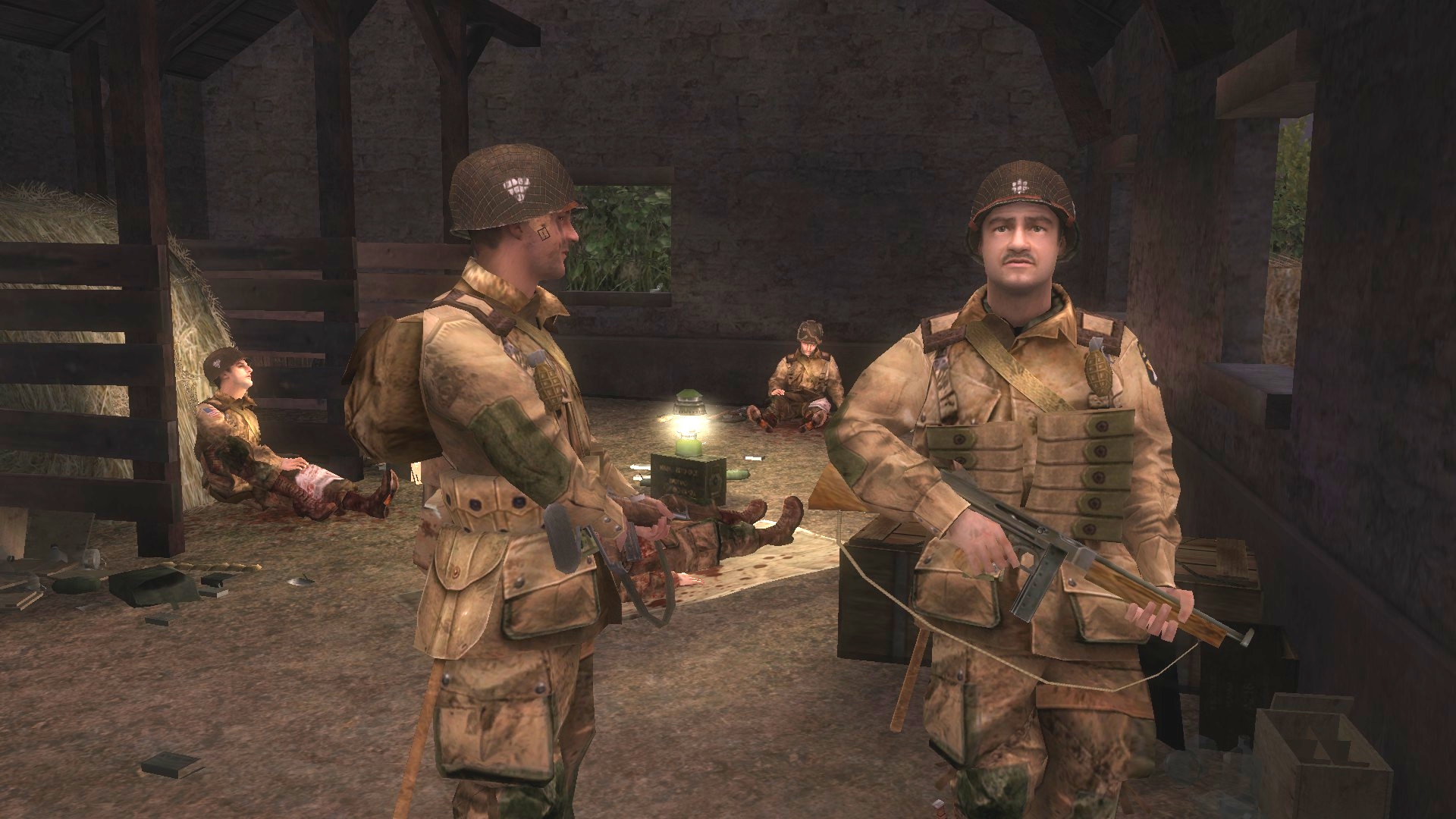 The strong Band of Brothers vibe and the resonant Find, Fix, Flank, Finish mechanic are big parts of the allure, but unfashionably prosaic battlefields and disconcertingly dynamic foes also do their bit. 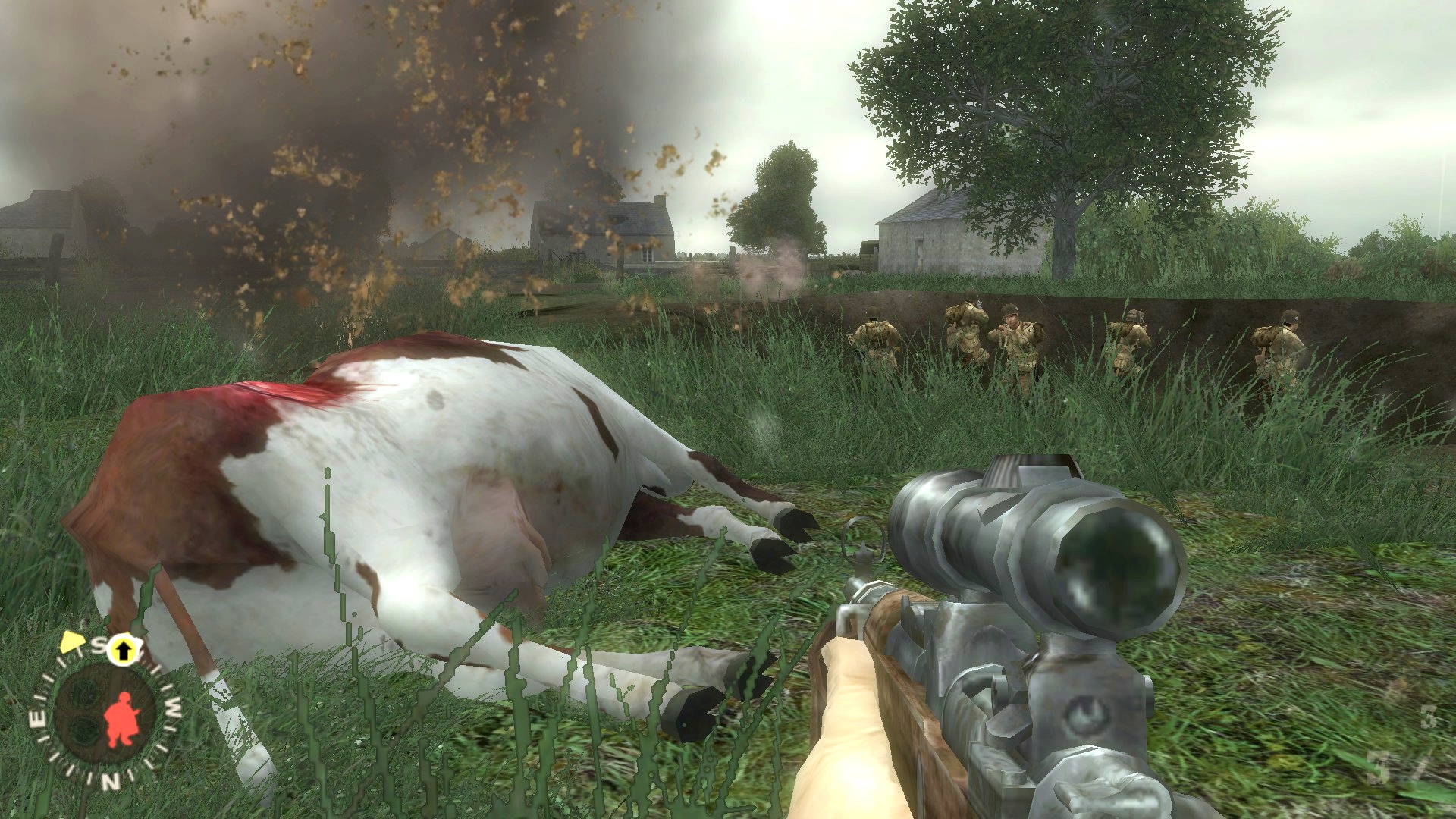 Not for EiB the cinematic setpiece or the periodic theatre switch. By keeping faith in rather drab Norman countryside – a steady stream of fields, farmyards, cobbled streets and back gardens – and resisting the urge to dot landscapes with Tiger tanks, armoured trains and other rarities, Gearbox achieve a documentary feel uncommon in military manshoots. 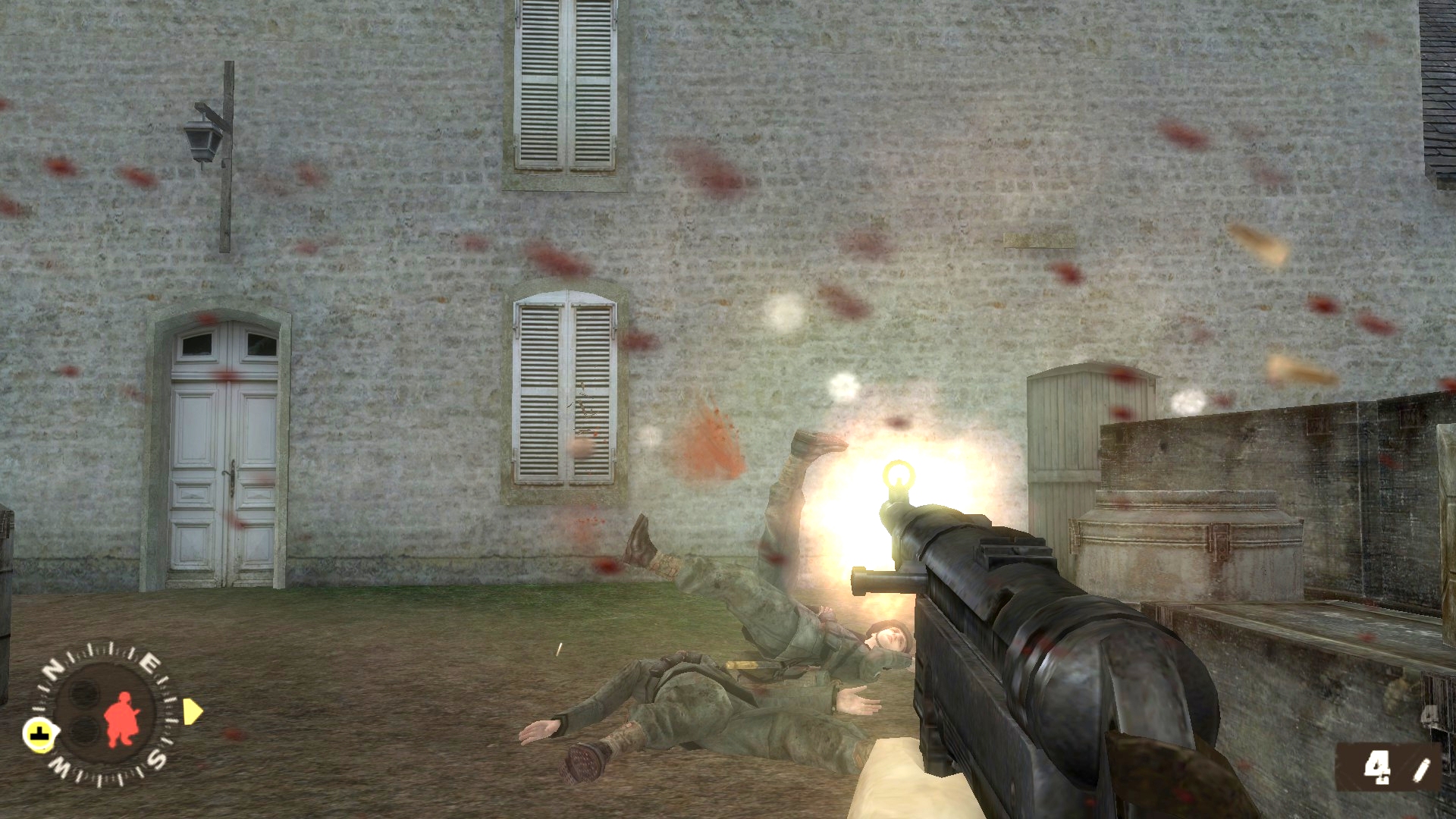 My favourite levels involve German counterattacks or, in Combat Mission parlance, Meeting Engagements. On the offensive resourceful enemies seek out enfilade positions almost as avidly as the player. A classic EiB situation… After placing your two-man fireteam in a promising spot and ordering it to hose a patch of hedgerow lousy with Jerries, you set off, assault team in tow, intent on flanking the distracted hedge huddlers. All goes to plan until, rounding a corner on the footpath, you run slap-bang into three Schmeisser clutchers off on a similar jaunt. There’s no time for iron sights. Weapon barrels swivel like uncaged compass needles and all hell breaks loose. 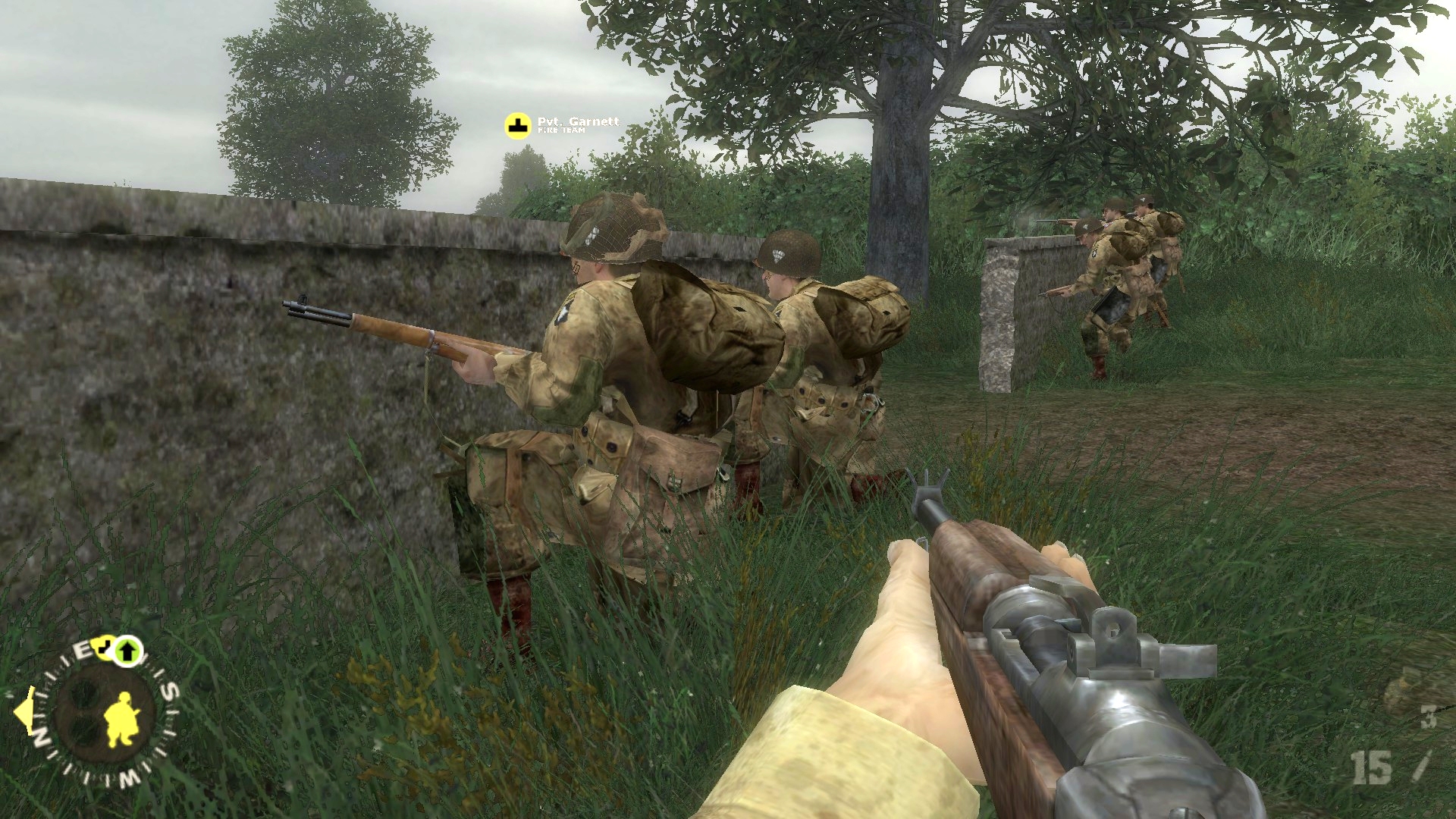 An inspired look-and-click order system for tasking subordinates and an optional overhead camera to help you keep track of combatant positions ensures the game’s novel tactical side never feels burdensome. I tend to boycott the birds-eye view for the same reason I turn off the garish suppression icons and the aim-aiding crosshairs. Stripped of ludological crutches, and with enemy abilities maxed out via the options menu, the evergreen, evocative EiB can create fear, confusion, fury, and elation – almost the entire gamut of battlefield emotions. 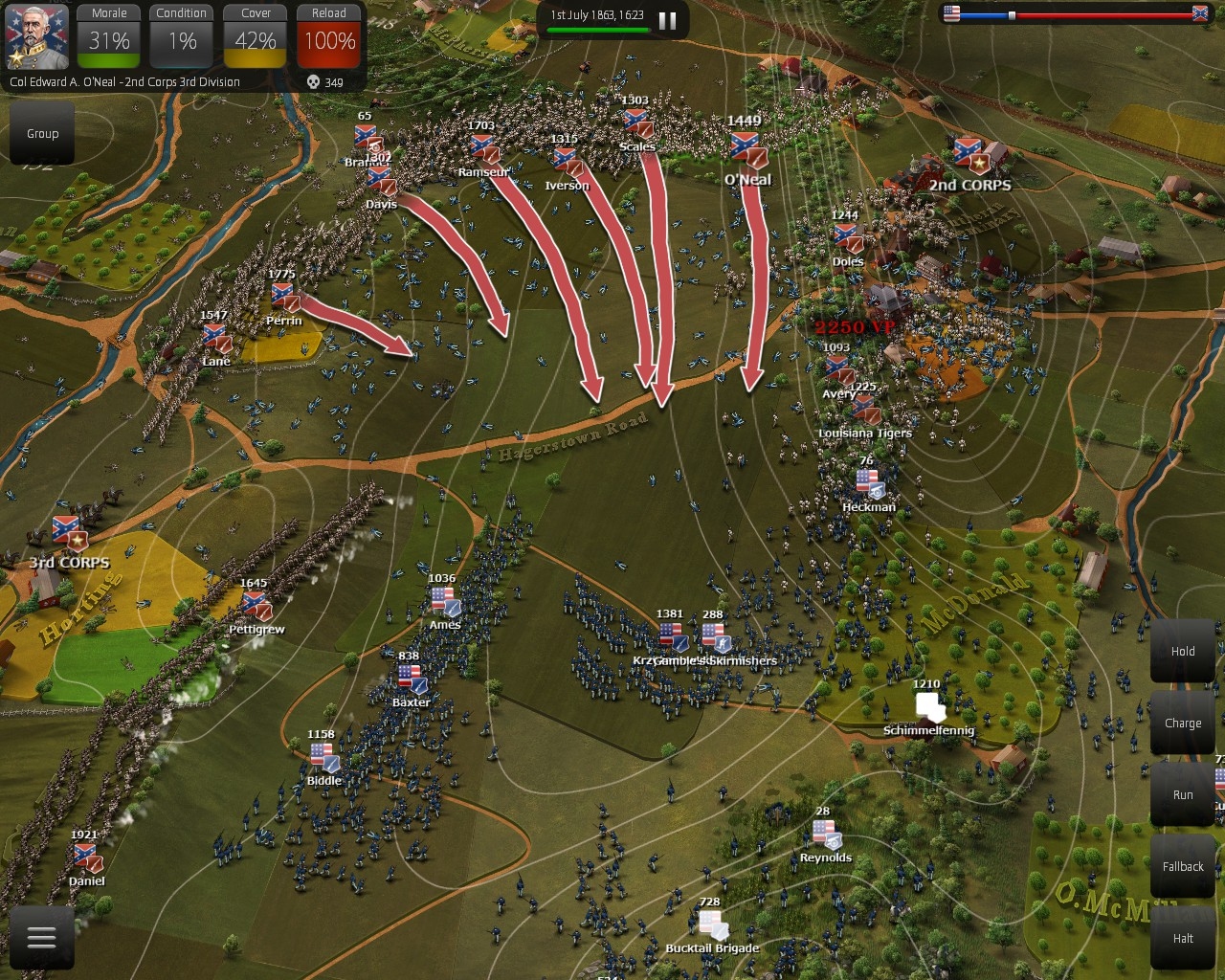 Two years’ worth of patches render many of the gripes in my October 2014 review of this incomparably elegant turnless wargame irrelevant. The suggestion that the title’s multiple AIs struggle against a half-decent human general is certainly misleading. Holding Cemetery Hill and Seminary Ridge in my last session required all the tactical ingenuity I could muster, plus a healthy helping of luck (some reinforcements arrived early). 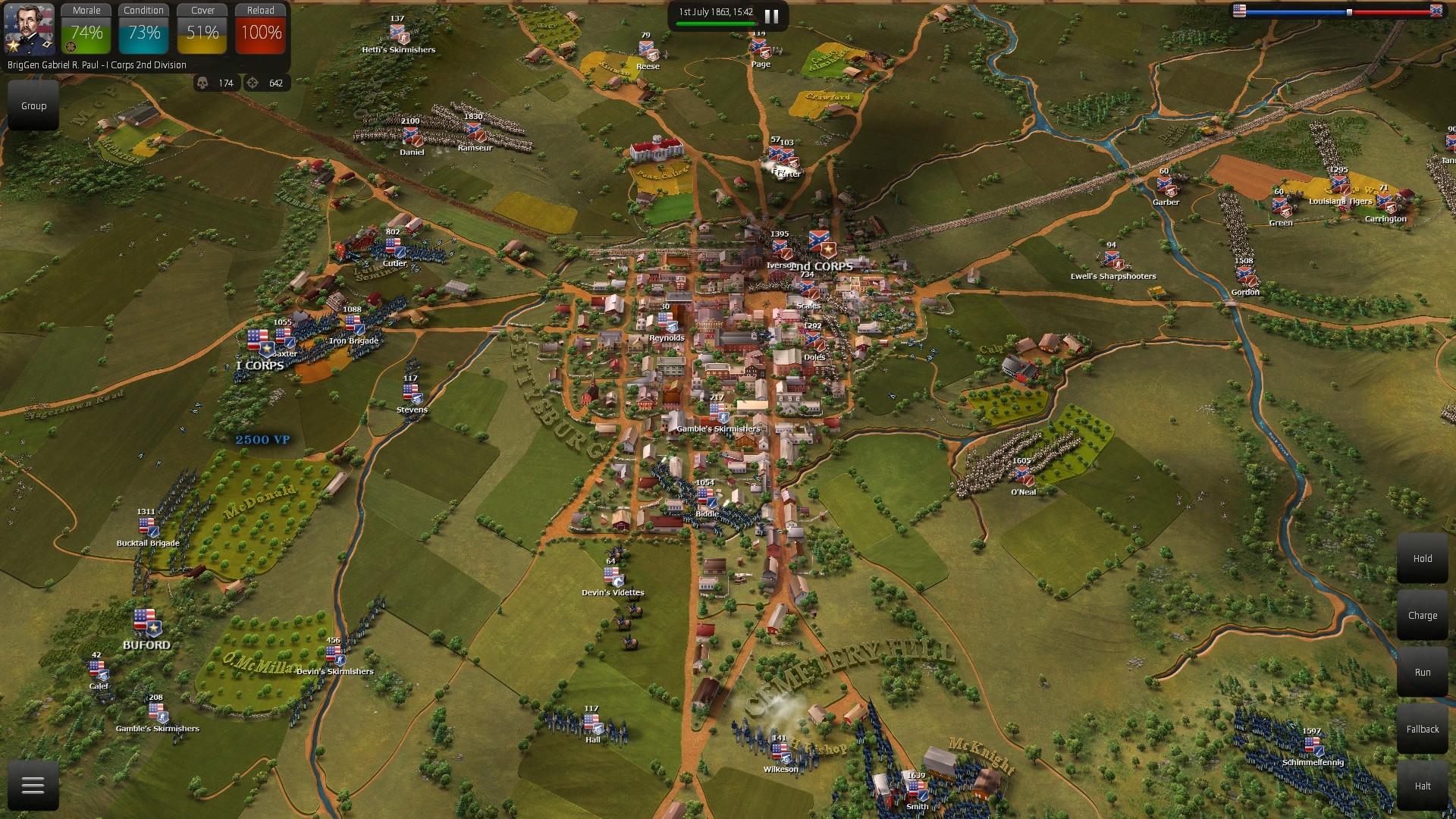 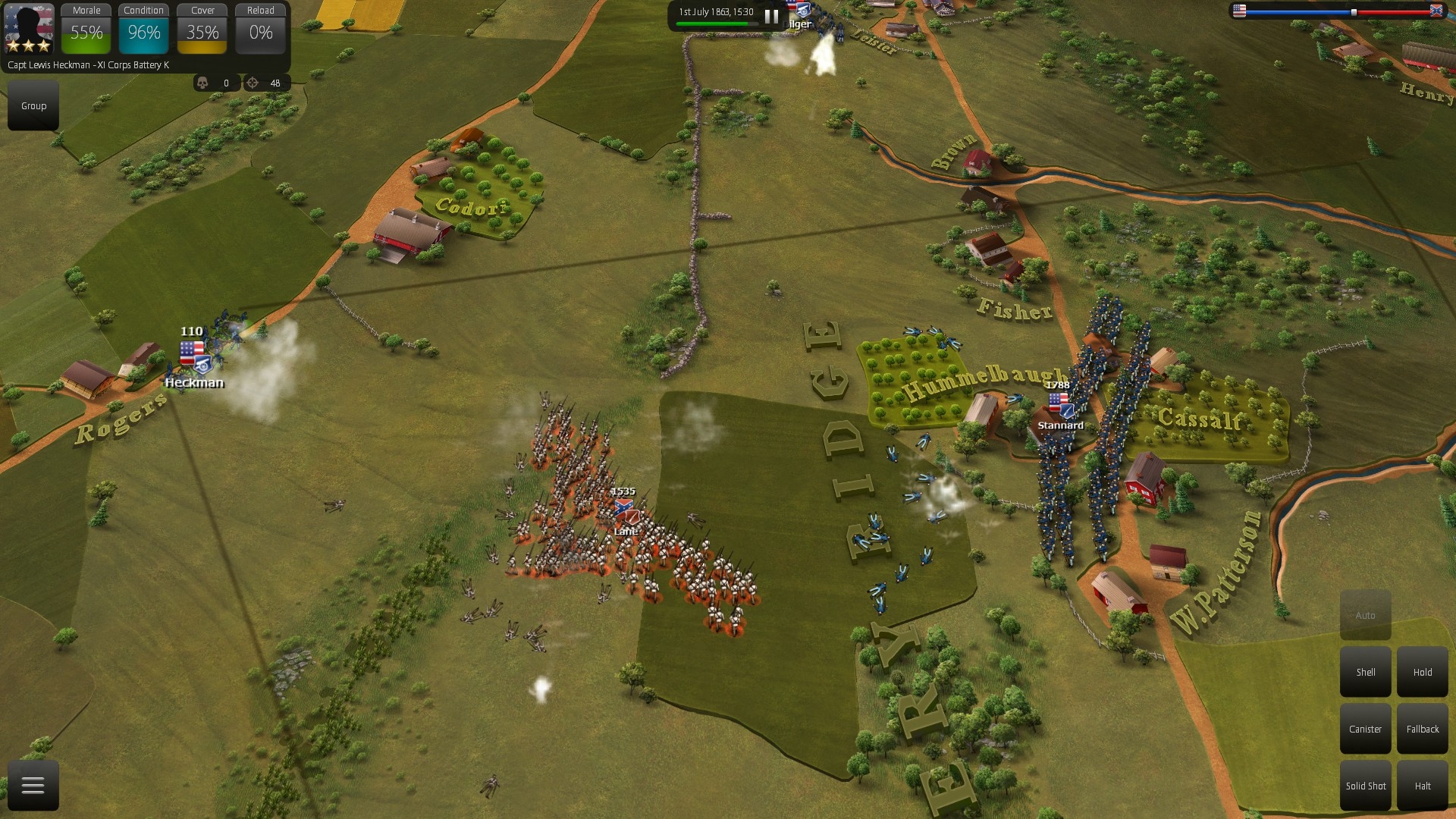 Returning after an absence of several years, I’m struck anew by UGG’s beautifully judged and executed visuals, the inspired waypointing system (simply paint a route arrow on the scenery), and the splendid versatility of the unscripted AI. There’s a powerful sense that your opponent is reacting to your mistakes and masterstrokes, and that an approach that got results during one playthrough may not be appropriate in a subsequent one. 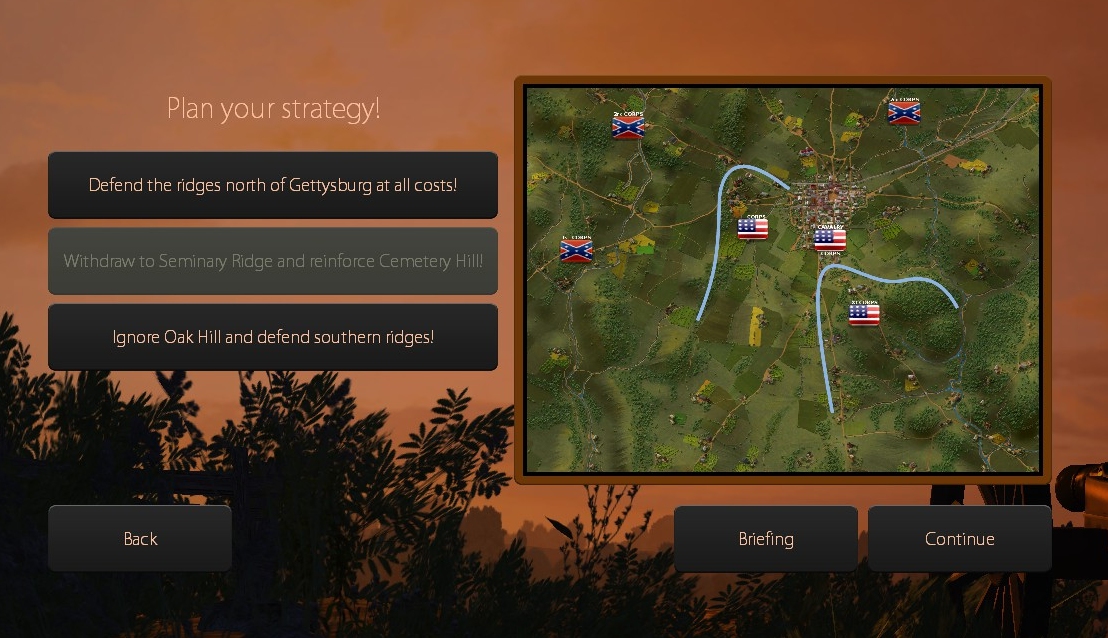 Although I remain slightly disappointed that Game-Labs didn’t come up with a better way of displaying morale (assessing unit resolve at a glance isn’t easy) and still have reservations about the campaign structure (sometimes scenario starting situations seem odd in the light of the previous result) now UGG is cheaper than a corner shop Cornetto, criticizing it in any way feels horribly ungrateful.