The first DLC pack for Minecraft Dungeons is now out. The Jungle Awakens DLC has a secret level of its own and a bunch of extra items. Sneakily, there’s also a free update that was added alongside that gives you a second secret level.

If you want to find all the new secret levels and the items you can find in each one, then look no further.

In our Minecraft Dungeons secret levels guide, we will be giving you all the secret level locations. This includes all the DLC missions.

All missions have a list of items that can appear, so it’s worth knowing in advance where to unlock specific equipment.

We will also go over what items are available in every mission in the game on all difficulty settings. We have recently unlocked Apocalypse difficulty, so are filling in the gaps for what items you can find in each mission. 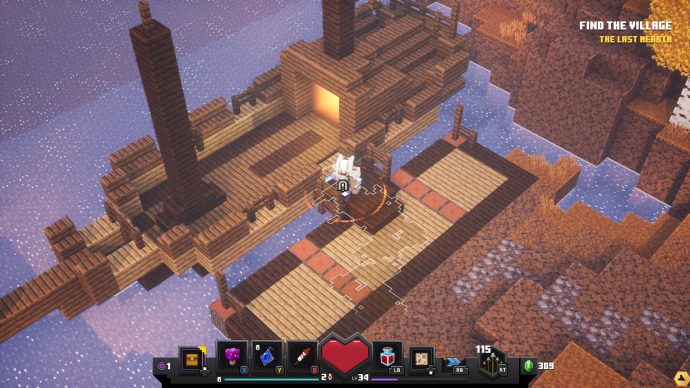 This is just outside the boat that can appear in Pumpkin Pastures. It doesn’t always appear.

The secret missions are relatively easy to find once you know what you’re looking for, but they can be easily missed. While Creepy Crypt will always appear in the same spot, it seems that the rest randomly appear at higher difficulties.

Here is a list of all the known locations for the secret levels:

If you’re looking for the secret level in the Jungle Awakens DLC, there’s a separate Minecraft Dungeons Jungle Awakens guide you can look at to find out how to unlock it.

Every level in Minecraft Dungeons, whether they are story missions or secret missions, have separate loot tables. Items can be found by defeating enemies or opening chests, but only ones from a designated item list. New items can be found at higher difficulty tiers.

We will be listing all of the missions and the items that can be found within each one in the sections below. Note that we have separated each item table by the difficulty groups. This is not to be confused with the difficulty tiers for each mission.

To skip to the loot table for the level you’re looking for, simply click on the links below:

Thanks for reading our Minecraft Dungeons loot tables guide. You’ll find plenty more guides for the game in the section below, so do check them out.