I appreciate a good brute. I like the word itself, apart from anything else. It just sort of falls out of your mouth like a lead ball, that’ll probably break your toe when it lands. It’s a dim, mean-spirited word, like “fruit”, but too preoccupied with simplistic violence to know how to spell itself. “Brute” has the same sort of mouthfeel as “dunce”, “thud”, “trudge” and “bludgeon”, which is appropriate, as these are all brutish concepts. And as for brutes as a concept, well, they’re just superb. As villains, their horrible power is mitigated into faint safety by their sheer ineptitude, while as heroes, their ineptitude is mitigated by their horrible power. There’s a black comedy to brutes, in the sheer unthinking urgency of their violence, that can also be a potent sort of horror, depending on whether you’re the person they’re bruting.

Imagine my pleasure, then, to learn that Minecraft, as a sort of chaser to the pint of content that was the 1.16 “nether” update, now features brutes. Arguably it already had them, in the form of the blundering, sausage-nosed Iron Golems, but I feel like they fell too close to “gentle giant” territory to be considered authentically brutish. There is no such argument, however, to be made about the Piglin Brute. It takes the Piglin, a mob that was already a good five or six on the brutometer, and cranks it up to a solid, grunting eight. So, let us consider the Piglin Brute. 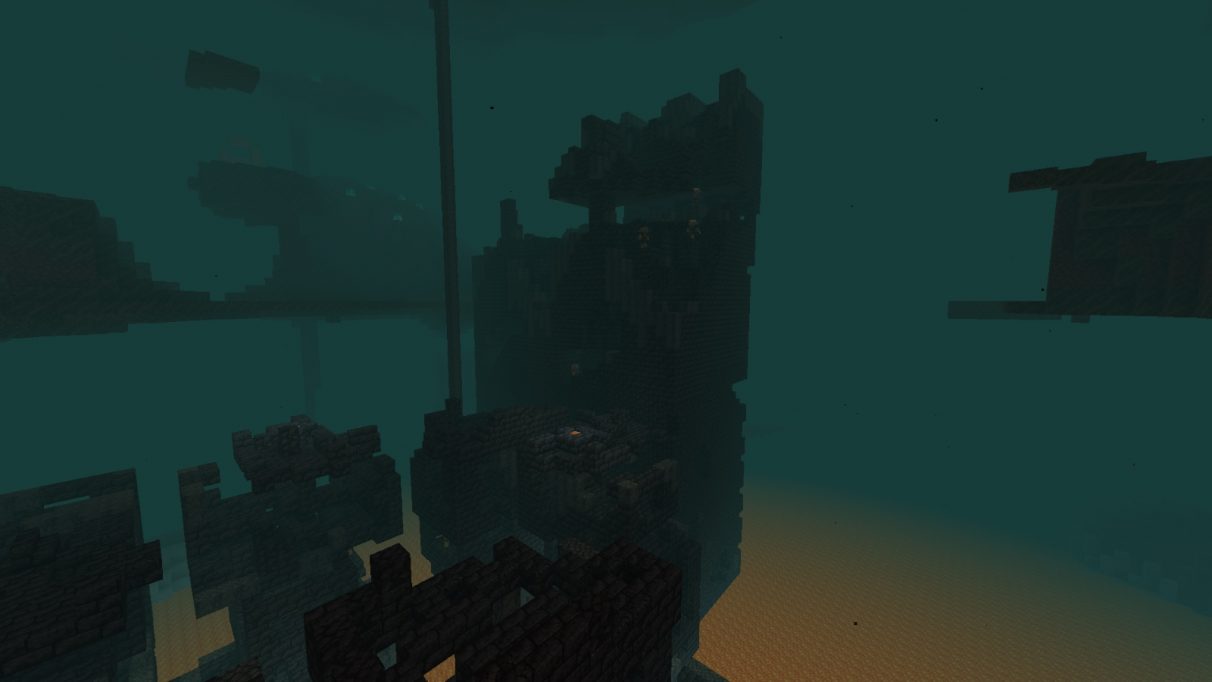 The roost of the brutes.

Apparently, we were meant to be introduced to these hefty exemplars of the fact that God can make mistakes when 1.16 dropped a couple of weeks ago. But they were conceived quite late in the update’s development, and so Mojang decided to finish them off and release them as a little treat for us all now. I like the timing, there. I like the idea of the cherry on the 1.16 cake being a brute, of all things. It’s like you’ve just finished a nine-course tasting menu at a fancy restaurant, with the concluding thimble of peach dust (or whatever) having taken you to the very edge of feeling comfortably full, when a sweating titan bursts from the kitchen with a bleak laugh, and slaps a bucket of half-cooked sausages in front of you.

What do Piglin Brutes do? Brute stuff, of course. They wander around Bastion Remnants, where the piglins make their home in the nether, grunting in baffled, vacant hatred. If they see you, they’ll try to do you in. But unlike their more gracile brothers, they won’t be fooled into neutrality if you’re holding, or wearing, gold. They’ll just wallop you anyway. Because just like a child’s appetite always has room for sweets, a Piglin Brute’s tiny minds will manage miracles when it comes to spotting opportunities to batter things. 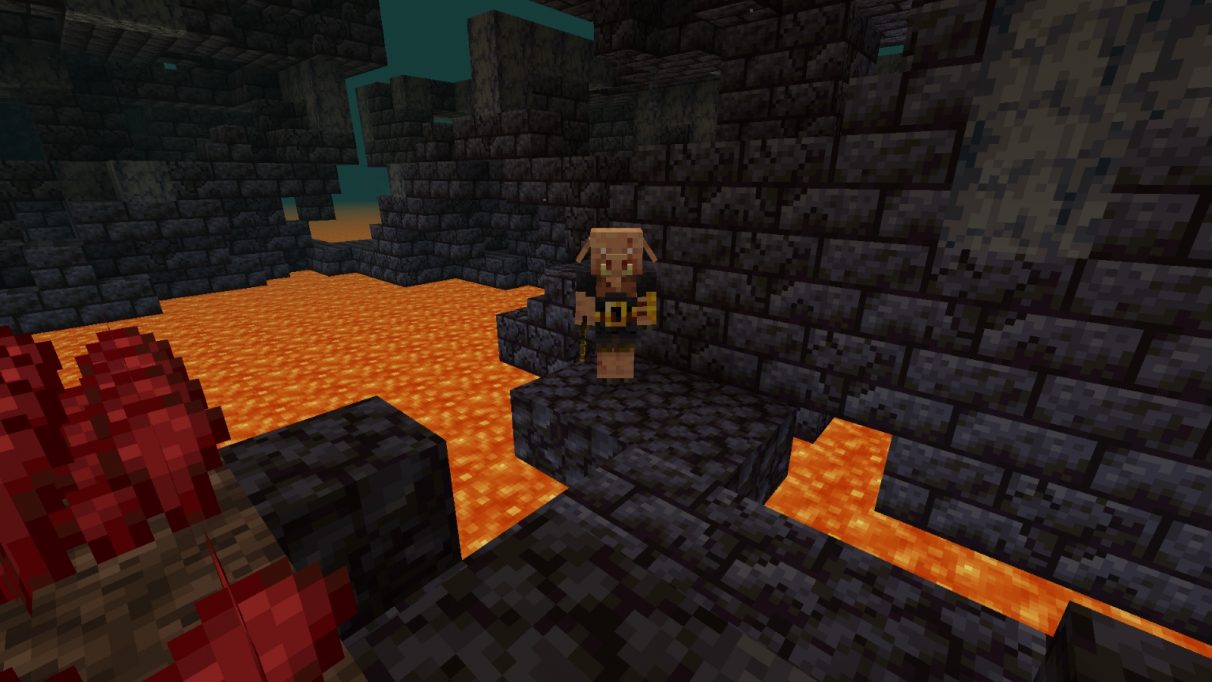 but can I fight u?

Their weapon of choice? A golden axe. Not the legendary side-scrolling beat ’em up, but a big axe made of gold. I doubt it keeps much of an edge, because gold is such a soft metal. But it’s also an extremely heavy metal, so sharpness doesn’t really matter. That’s pure essence of brute, that is: spending a fortune to make a bladed weapon out of gold, only to use it for caving in people’s skulls. Bravo.

I could regurgitate the various quirks of the Piggy B’s behaviour, or even list its stats, from its wiki page, but that would waste both my time and yours. If you’re still reading, you’re probably more invested in the ontology of the Brute than anything else. You’re interested in what it is, in the most essential sense. As such, I’ll share with you the results of the standard diagnostic test I always do when a new mob gets added to Minecraft, by which I mean “finding its home location, spawning in about a hundred of the bastards, and observing their habits”. 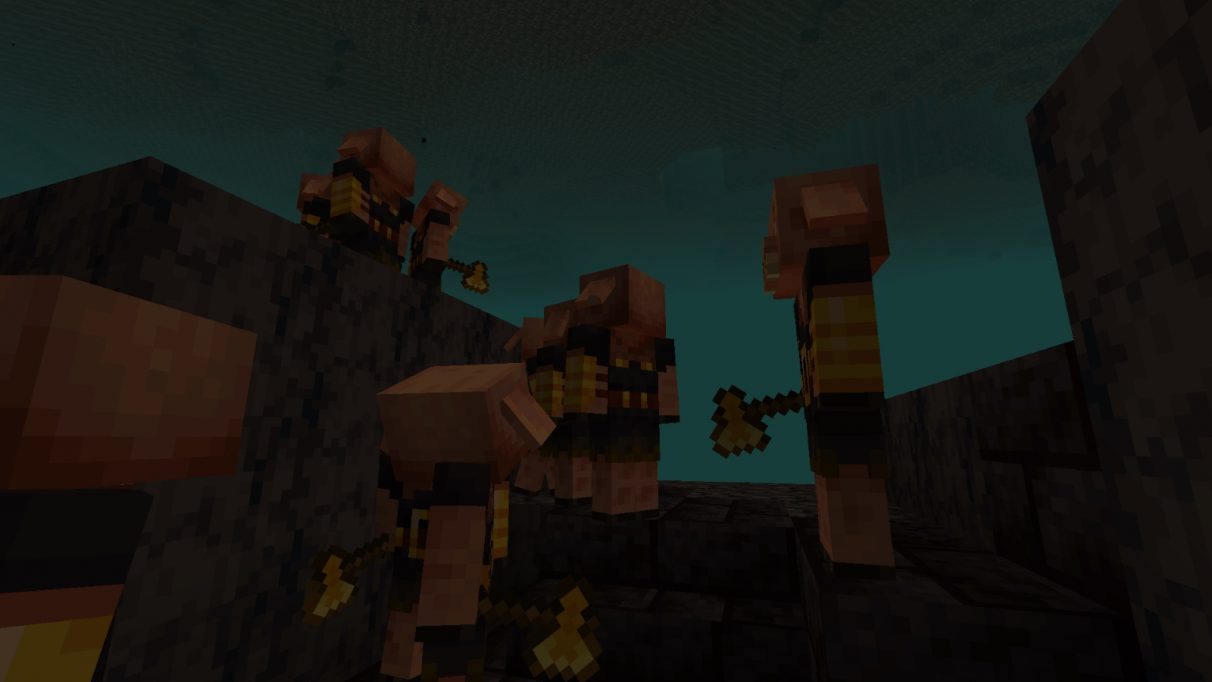 “We are not really alive; we are just being forced to live.”

Well, they were loud. Just one Piglin Brute is enough to produce a constant stream of bewildered lungnoise, as it struggles with the paradox of being angry at having nothing to damage, but having nothing to damage in order to vent its anger. A crowd of them, therefore, produced a spectacular, cacophonic dirge of self-hatred. They kept swivelling their heads round to peer sullenly at each other, presumably in the vain hope that in the brief moments they had looked away, their colleagues might have become enemies. But every time they were disappointed, resulting in more sorrowful grunts.

There was no way I was going to give them the satisfaction of having something to fight. So I just hovered above them in creative mode, like some kind of supercilious kestrel granted undeserved power by a credulous saint, and watched them suffer. They formed sad conga lines, marching about from place to place on the offchance that the Brute in front had seen something to persecute, before dispersing in resignation when nothing came of their venture. Sometimes they would gather in sudden, furtive circles, as if exchanging business cards with nothing but the word “Brute” written on them in shaky biro. 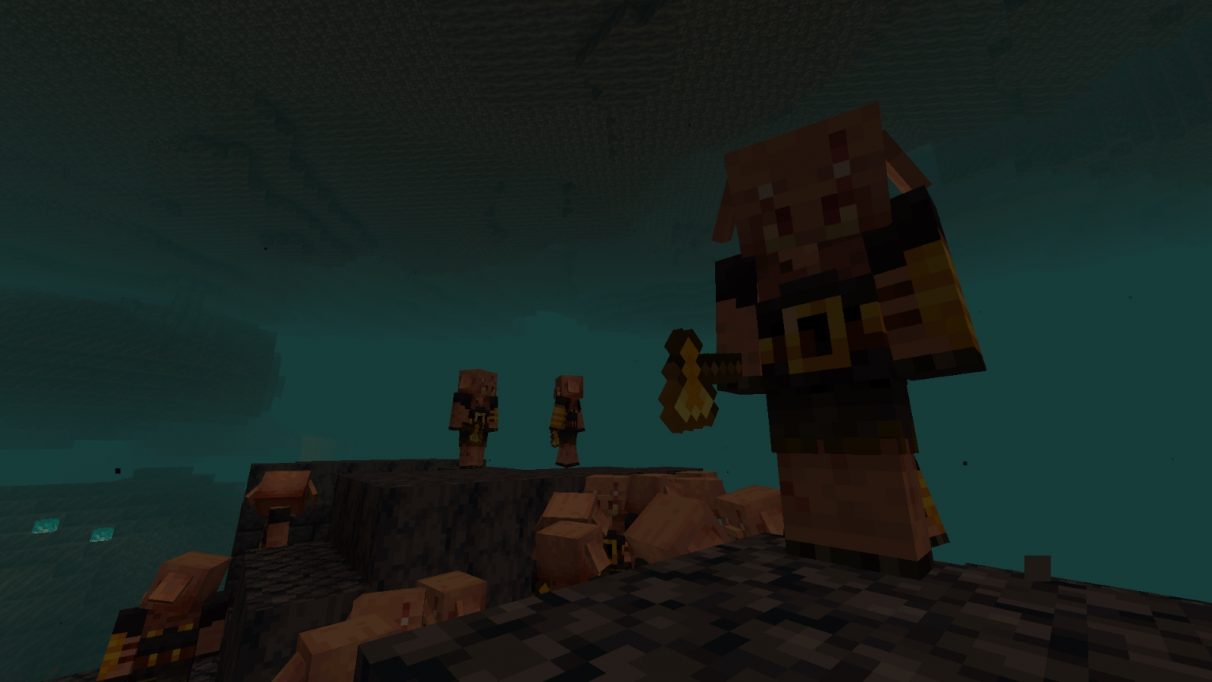 “I’d like to add you to my professional network on LinkedIn.”

Indeed, the Gathering Of Brutes had exactly the same energy as a conference for mortgage brokers, at 10.36am on a wet February morning in Peterborough. Imagine the scene. They’ve all filtered into the hotel venue’s dismal lobby, after a sales pitch by a software company (disguised thinly as “thought leadership”) finished five minutes early because nobody wanted to ask any questions. The conference agenda says “10:40 – refreshments”, and they’re all hoping there will be bacon rolls or at least some pastries. But there’s nothing. Just a sea of lumpen men in cheap suits, hoping for meat, and peering warily at each other in the febrile hope of finding somebody to swindle.

Just as I felt that I had seen all there was to see of the Brutes, one of them climbed up onto a spire of stone, and a circle gathered around its base, looking up at their fellow with eyes like dirty lychees. Was this the big surprise? Was the climber about to make a speech? I floated nearer, still unregarded, and waited for the oratory to begin. But after about six seconds, the would-be demagogue just climbed down again in abject defeat, after realising it had neither the capability nor the appetite to express any thought beyond abstract aggression. 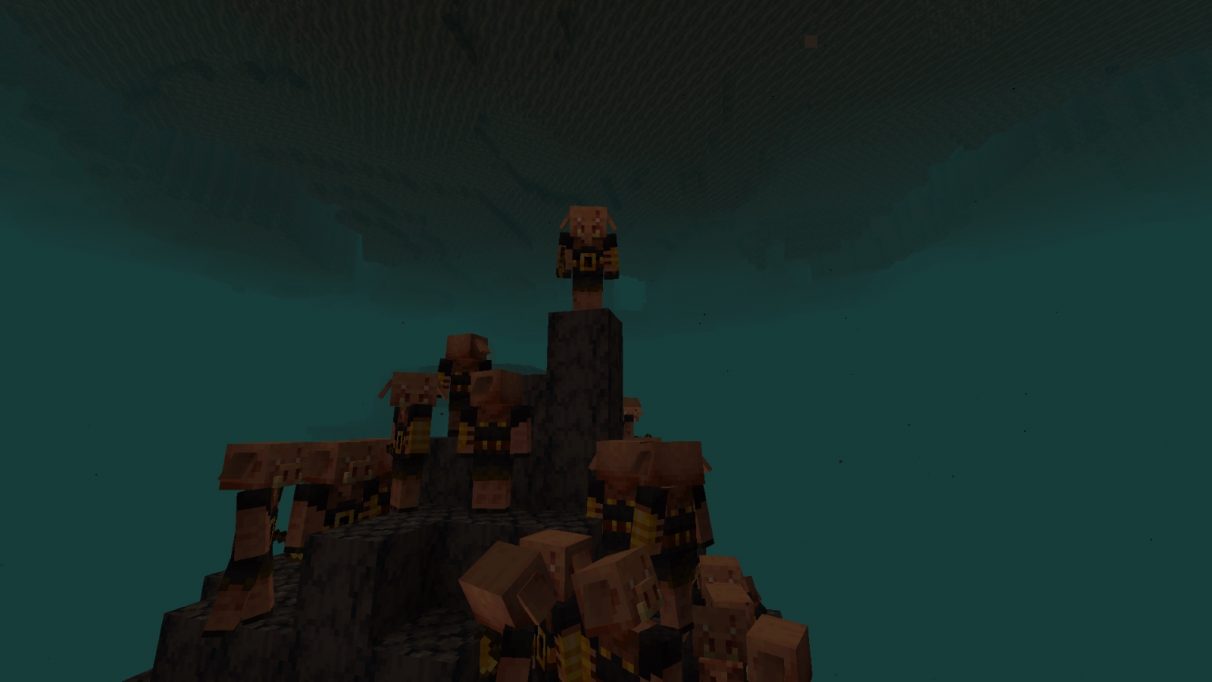 All the world was listening, but there was nothing at all to say.

After a while, the speaker – now long-forgotten by its peers – wandered away on its own. Then, after turning in two slow circles, it stumbled directly into a pond of lava. Whether this was accomplished by accident or on purpose, I cannot say. But as the Brute sank sluggishly towards its end, emitting a series of outraged, guttural honks, I’m certain it was consumed with fury at the lava, for not having a face that it could brain with its axe. I did not pity it. I did not respect it. But I honoured its passing with a nod nonetheless, because I appreciate a good Brute.