Every so often, Dutch indie boyband Sokpop find themselves making an MMO. This time, however, they’re courting this boutique videogame website by nicking two-thirds of our name. Released earlier this week, Rock Paper Sock is a deconstruction of Old School Runescape that ditches sword and sorcery for three simple weapons – a rock, a sheet of paper, and a handy pair of scissors.

Jumping in blind, I was taken aback by how much of Jagex’ ancient browser MMO found its way into Sokpop’s latest – from the muted isometric landscape and sheep bones you bury for bonus XP, to grinding out stats (Rock, Paper and Scissors, respectively) and finding dashing new clothes. There are sheep to murder, wobbly goblins hanging about across the bridge, and RPSock even has that bloody stone circle covered in evil wizards wot made trips to Varrock a nightmare. 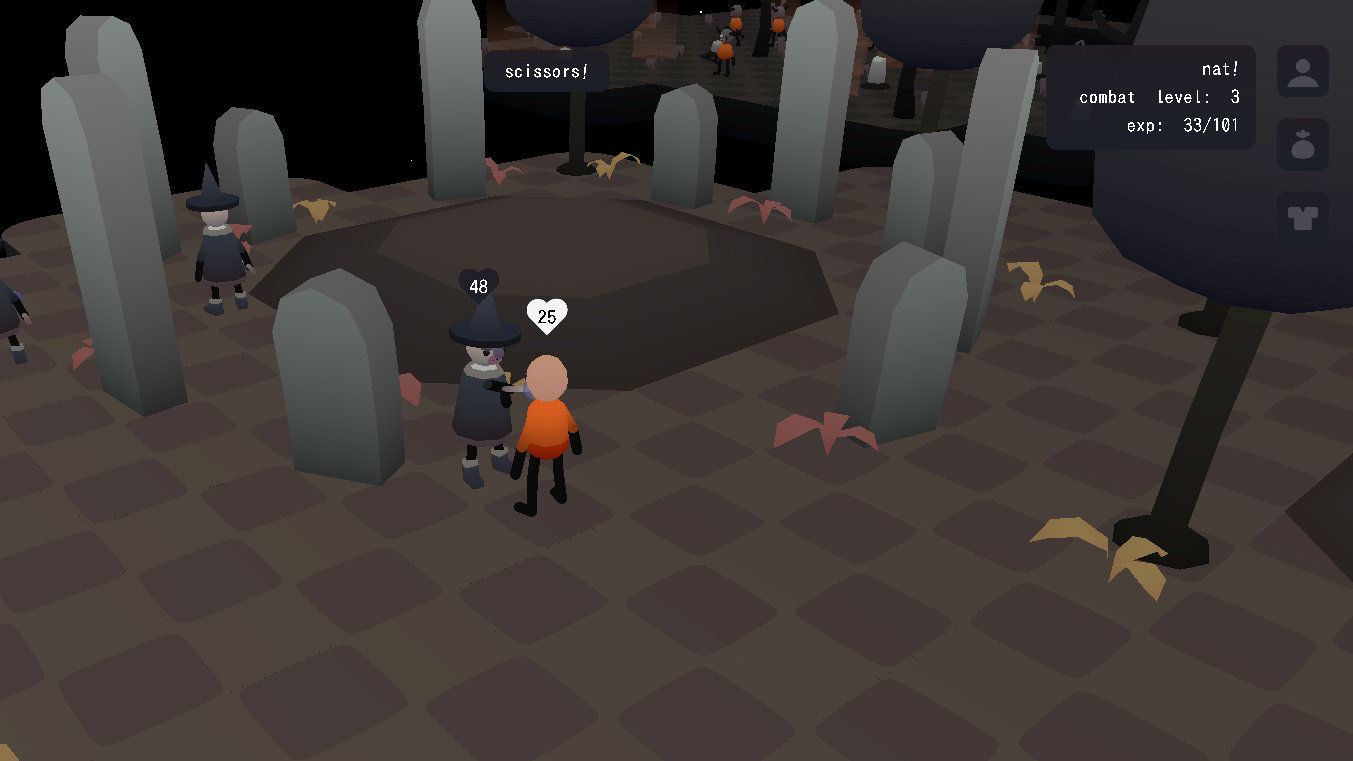 Get away from me, scissor wizard!

But the real charm is in how surprisingly pointed Sokpop’s MMO is in taking Jagex’ venerable MMO down a peg. Look. Runescape’s combat has always been pants. A blind dice roll where the decision of whether to stab, slash or block rarely feels meaningful outside of what skill number you’re pushing up. It’s obtuse and convoluted in a way that feels almost deceptive. RPSock is literally a game of rock paper scissors – but somehow, I foolishly feel like I’m in more control of the situation.

I genuinely believe I’m playing mind games with this virtual sheep, determined to best it so I can push its bones into the dirt. You don’t have thumbs, you ridiculous ungulate. I know you can’t play scissors. Give up before you embarrass yourself.

Rock Paper Sock is available on Itch.io for £2/$3 or as part of the collective’s $3/month Patreon. With Sokpop now Sok-dropping their games on Steam, expect to see it land there in the near future.