Horizon Zero Dawn stomps onto PC in just two days time, and I’ve been playing an early build of Guerrilla Games’ post-apocalyptic cyber dino-hunting adventure to see how it runs now that it’s left the confines of its console box origins. The results, I’m pleased to say, are excellent. Not only is this the best-looking version of Horizon Zero Dawn, what with its extra graphics settings and ultrawide monitor support, but it’s also the smoothest thanks to its uncapped frame rates.

I’ll be taking a closer look at what kind of speeds you can expect from a variety of today’s top graphics cards on Friday when the game comes out, but right now I thought I’d put Horizon Zero Dawn’s recommended GTX 1060 spec through its paces to see what it’s made of. Can it hold a candle to its engine-sharing stablemate Death Stranding? Let’s find out.

As a reminder, here are Horizon Zero Dawn’s minimum and recommended PC requirements. They’re very similar to Death Stranding’s PC specs, which also had a GTX 1060 as its recommended Nvidia GPU, but Horizon is a little heavier on the old RAM, recommending 16GB instead of 8GB.

Still, provided you’re running Windows 10 and have a DirectX 12-capable graphics card, you should see pretty similar results to Death Stranding based on my testing. My PC had my usual Intel Core i5-8600K and 16GB of RAM combo inside it during my playthrough, and I also used my trusty Asus GeForce GTX 1060 9Gbps Edition graphics card. Effectively, the same setup I had when I tested Death Stranding.

You have four graphics presets to choose from in Horizon Zero Dawn. There’s ‘Favour Performance’ (which is pretty much the game’s version of Low), ‘Original’ (harking back to its original PS4-level graphics but is really Medium in traditional PC speak), ‘Favour Quality’ (or High), and ‘Ultimate Quality’, which speaks for itself. I’ll be digging into the game’s specific graphics settings on Friday, including which of them you can turn down to help boost your frame rate, but here’s what they all look like in their default state: 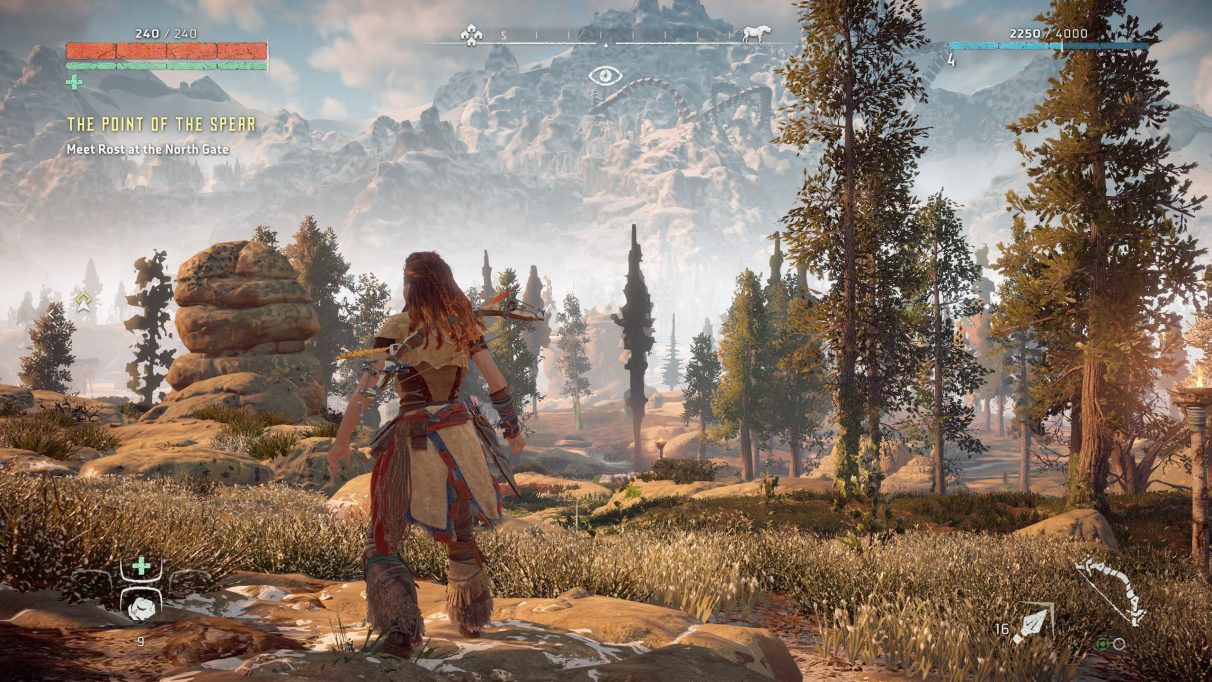 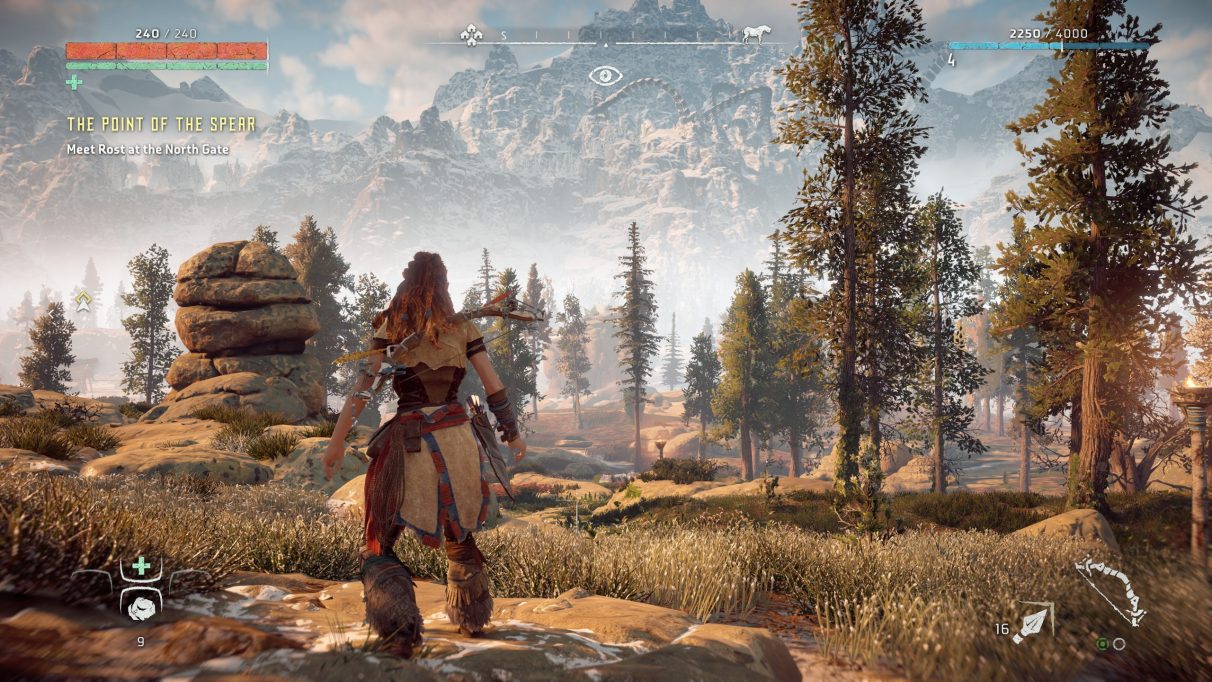 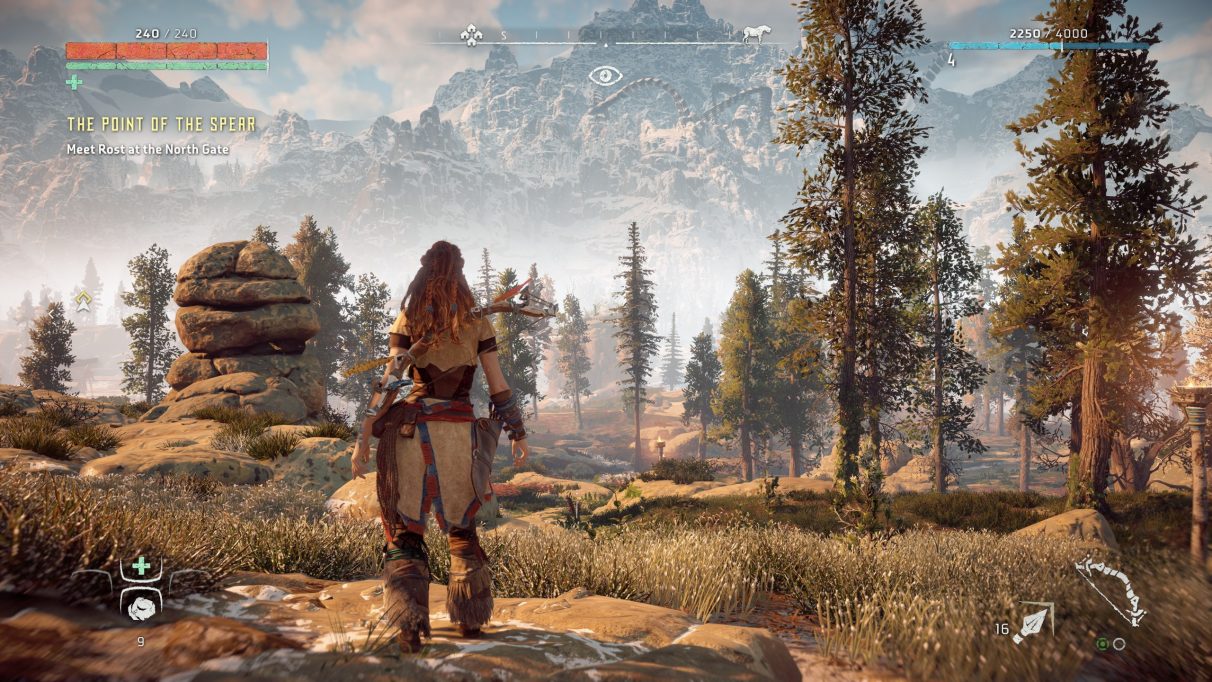 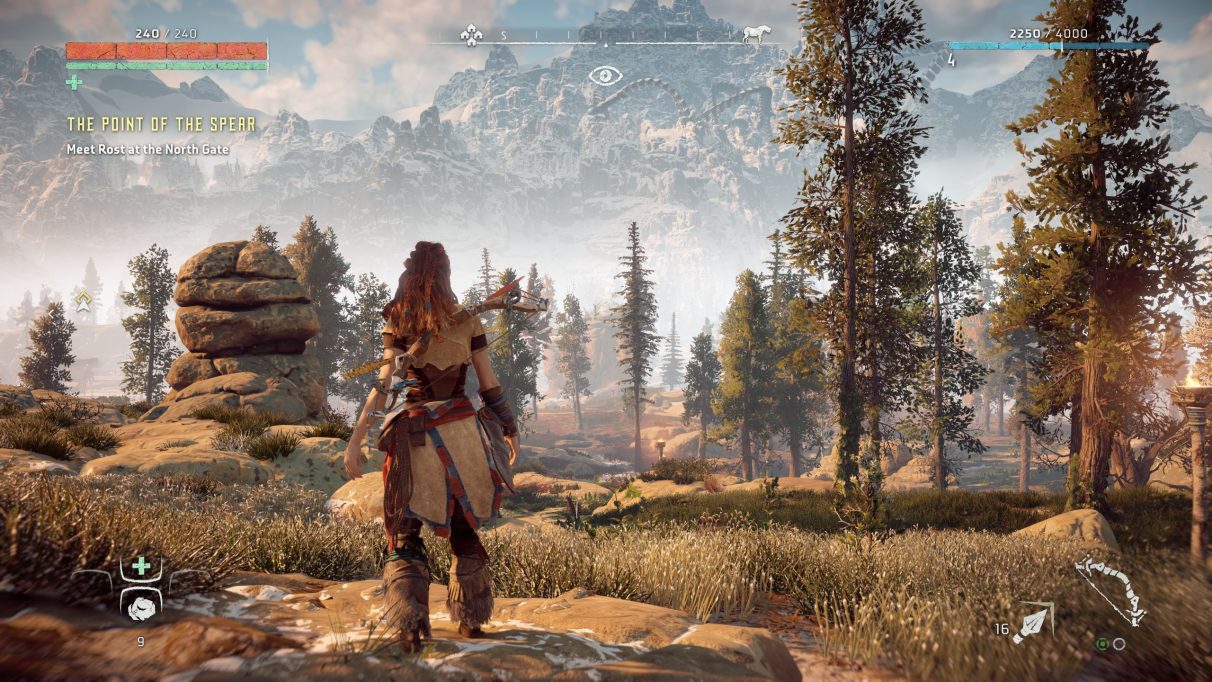 
The good news is that most people should be able to run Horizon Zero Dawn at 1920×1080 without much trouble at all. Guerrilla Games have previously said that their recommended PC spec was geared toward 60fps at 1080p on its Original graphics preset, but I was able to achieve this quite comfortably on its higher Favour Quality settings instead. Original did indeed produce a steady 60fps both in-game and when I tested it with its built-in benhcmarking tool, where it averaged a silky 69fps, but I also saw a smooth average of 62fps when I re-ran the benchmark on Favour Quality, which is pretty good going considering the GTX 1060 is getting on a bit now.

Ultimate was still perfectly playable at an average of 49fps as well, but there were moments during combat when it stuttered a bit and made me feel like turning it back down to Favour Quality. Either way, that’s an impressive showing for the GTX 1060, and as you can hopefully see from the images above (click to enlarge if not), there’s really not a huge amount of difference between these top two quality presets. Both have equally splendid-looking trees and rocks, and the lighting looks pretty darn lovely as well. As such, I wouldn’t get too disappointed if you find Ultimate is a little bit beyond the reach of your PC.

Indeed, the jump between Quality and Ultimate is much smaller than the jump from the Original PS4-level graphics to Quality in my eyes, so the fact a GTX 1060 can comfortably handle the latter is already a big win. The trees are much thicker and denser in Favour Quality than they are on Original, and there’s buckets more detail in the mountains on the horizon and the forest down below, too. The draw distance goes so much further on PC, which is exactly what you want when there’s so much to drink in and admire.

The GTX 1060 performed well when I bumped up the resolution to 2560×1440, too. Here, you’ll probably have to settle for the game’s Original preset to get the best balance between speed and graphical detail, as this produced an average of 50fps in the game’s benchmarking tool. Alas, moving up to Favour Quality saw that number fall to an average of 42fps, but hey, that’s still faster than what you’ll get on PS4.

There are, however, a few caveats I should mention here. While most of my time with Horizon Zero Dawn’s PC port was plain sailing, I did encounter a couple of crashes. I only experienced the odd one or two with my GTX 1060, but our vid bud Colm told me his version of the game has been crashing almost once an hour since he started playing, which obviously isn’t ideal. He was capturing a lot of the time, truth be told, but we both got the same error code when it happened, which is tied up with the game’s DirectX 12 support.

Sony have told us a Day One patch will be issued before the game comes out on Friday, but at time of writing it’s yet to arrive on our preview builds. As such, I can’t say for certain whether these stability kinks will be ironed out come launch day (update: it didn’t, and many are still experiencing severe performance issues, which I’ve outlined here).

Potential crashes aside, though, and Horizon Zero Dawn is shaping up very nicely indeed on PC. Overall, it’s a little more demanding than Death Stranding, but I’d imagine that’s probably because there’s so much more going on in this vibrant post-apocalypse compared to Kojima’s Icelandic gorges and deserted wastelands. Horizon Zero Dawn was already a stunning-looking game on PS4, but its PC port really cranks everything up to eleven, wringing every last detail from it to create one of the most jaw-dropping PC games of 2020.