There are some damn fine specimens of the SMG weapon class in Warzone, aren’t there? Built for speed both in their handling and how quickly they can drop an enemy to the ground, SMGs have always been very nearly as popular as Assault Rifles when it comes to premade Warzone loadouts.

Our Best SMG in Warzone guide will walk you through the stats of all the SMGs on offer in Season 5, before divulging our personal take on the very best and very worst SMGs that Modern Warfare has to offer.

Like many others these days, we still consider the MP7 to be the best SMG in Warzone. Devastating fire rate, high magazine size, and startlingly smooth recoil all combine to make this gun one of the all-time greats.

The question now is: what do we value most in an SMG? Let’s delve into each of the nine SMGs in Warzone, starting with the best and working our way down to the worst.

Why is it that the MP7 is our pick for the very best SMG in Warzone for Season 5, when it has the joint lowest damage per shot of any SMG? We’re not alone in thinking this; while the MP5 still reigns supreme in Modern Warfare multiplayer, many Warzone players are turning to the MP7 for their close-quarters encounters thanks to its excellent rate of fire and – more importantly – its smooth and eminently controllable recoil.

Introduced at the beginning of Season 4, the Fennec quickly made a name for itself as the fastest-firing weapon in all of Warzone. On paper, this beastly close-quarters SMG outranks even the MP7 by featuring the same damage profile but firing out a stonking 1100 bullets per second, compared with the MP7’s 950. And it’s fairly controllable, to boot.

Why, then, is the Fennec not the faraway best SMG in Warzone? Because its low magazine size combines with its fast fire rate to make a seriously unforgiving weapon which proves not nearly as reliable as the MP7, or even the MP5 in my opinion.

The struggle of the ISO, Season 5’s addition to the SMGs roster, is that it tries to be the best close quarters gun in a class that already contains the MP7 and the MP5. It lacks the fire rate of the MP7, the damage of the MP5, and the reliability of either. Another large thorn in the side of whoever uses an ISO is its poor magazine size, which forces you to sacrifice an attachment slot and slow down your handling in order to make up for this deficit.

It can still rip players apart – as can all SMGs in Warzone. But the mismatch of better range but higher recoil than the MP7 makes this a strange choice for most Warzone players. 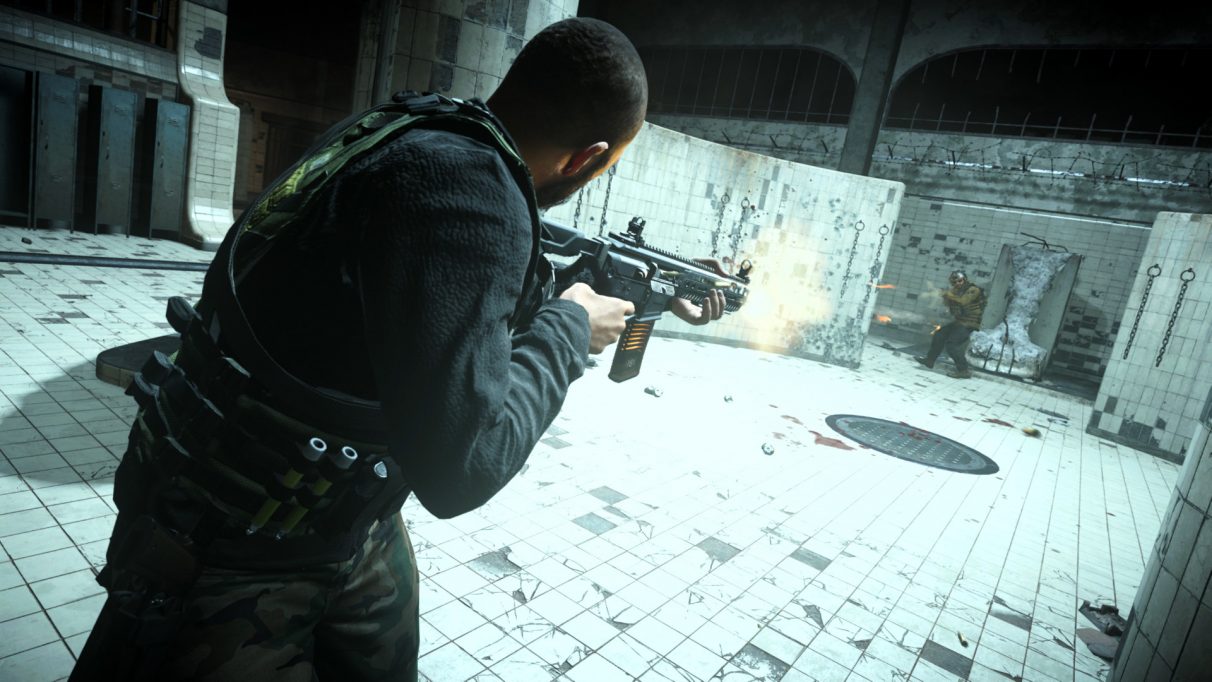 And there you have it! Hopefully now you’re a master of the Warzone SMGs arsenal, and you’re ready to put your newfound knowledge to the test. But in case you’re still hungering for tips and stats, be sure to check out our other Warzone guides below!