Over the last week, I’ve sat through Horizon Zero Dawn‘s lengthy optimisation process more times than I care to count. Most people will only ever have to do this once when they play Horizon, but in my attempts to benchmark the game with lots of different graphics cards, it meant sitting through that 10-15 minute start-up sequence every time I put a new card inside my PC. Most times, it worked absolutely fine. But there was one occasion when something had clearly gone horribly, horribly wrong. I’d accidentally turned Horizon Zero Dawn into an N64 game.

The culprit was my trusty AMD Radeon R9 290, which is the minimum AMD GPU listed in Horizon Zero Dawn’s PC requirements. It’s one of the few vintage AMD cards that supports DirectX 12, you see, which is also a requirement to get Horizon up and running. However, the R9 290 wasn’t always a DirectX 12 compatible card. Back when it first came out in the autumn of 2013, it only supported the existing Direct X 11.2.

Indeed, it wasn’t until Windows 10 arrived in 2015 that DX12 really even became a thing on PC. Fortunately, the way DirectX 12 worked meant it was still compatible with a wide range of existing hardware back then, and any AMD graphics card built around their old GCN 1.0 architecture or higher was supported. This included the R9 290, but it’s also widely documented that AMD cards at the time didn’t necessarily support every available DirectX 12 feature.

This is the first thing that came to mind when I tried benchmarking the R9 290, as it was clearly loading in some of the game world, but none of the buildings, trees, or much of anything, really. The only thing it just about seemed able to do was render people, and even then… YIKES. 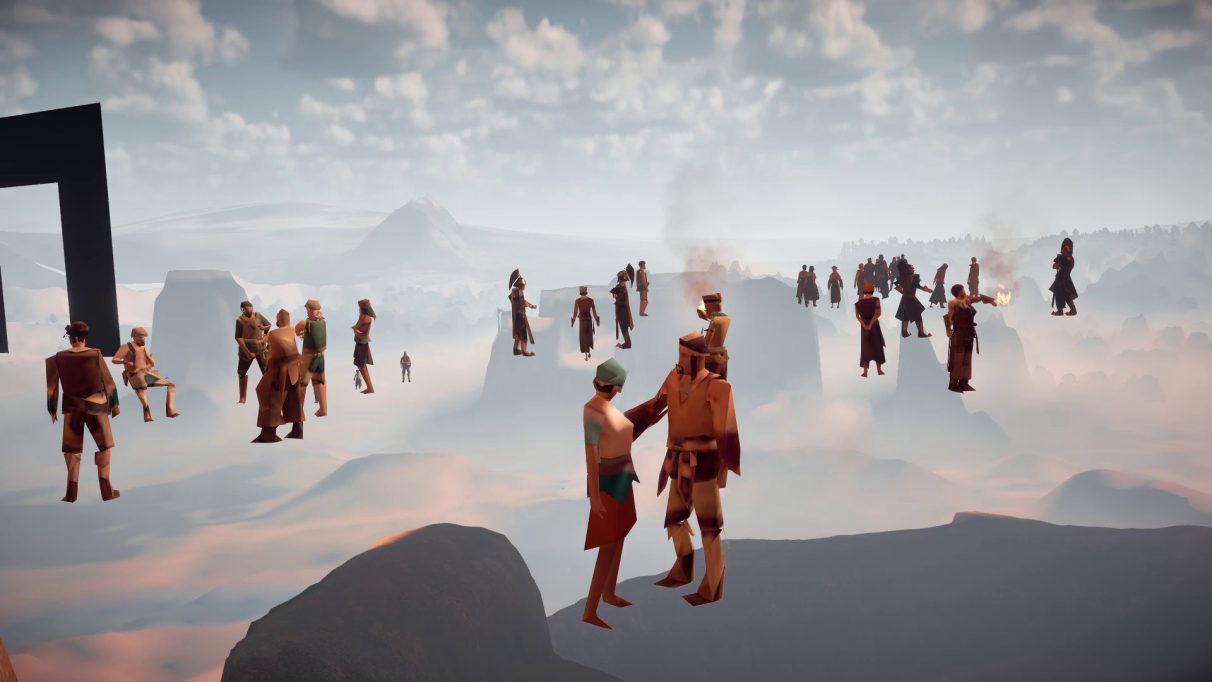 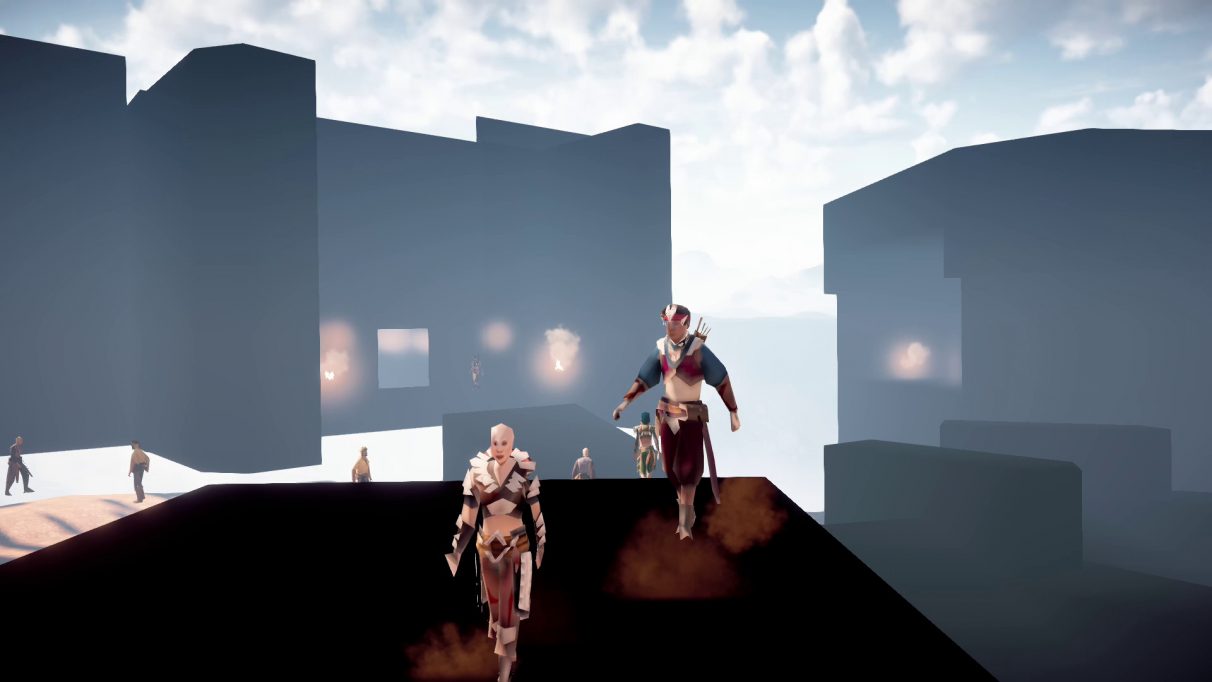 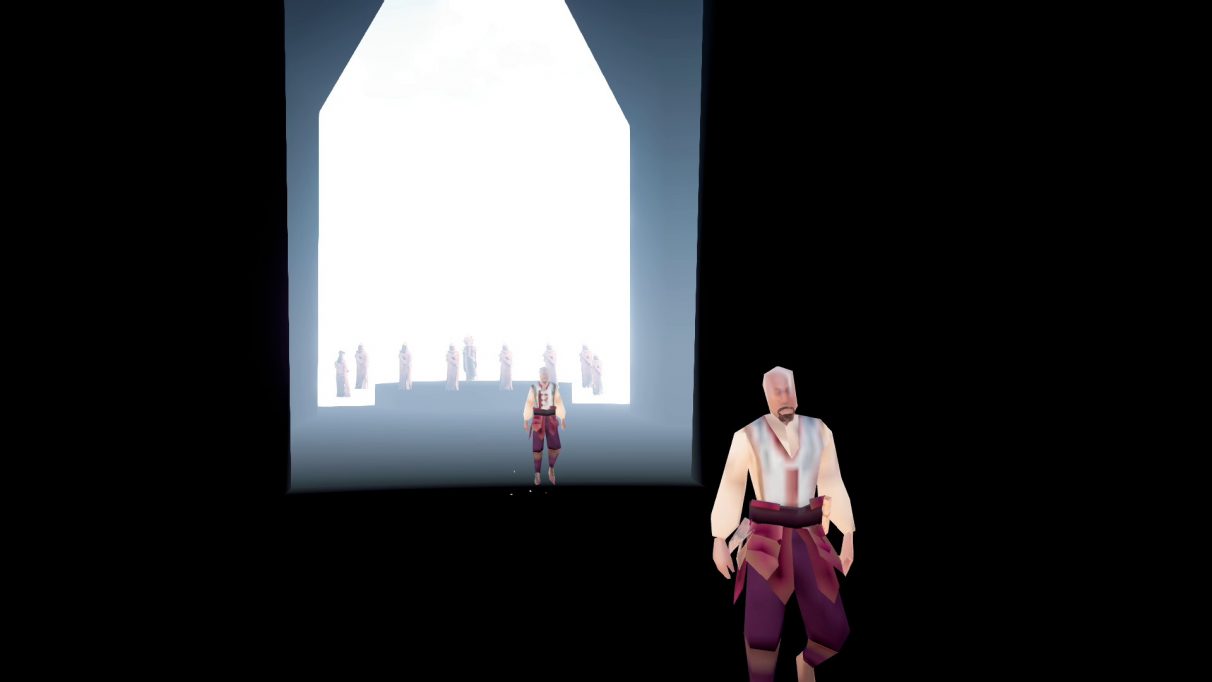 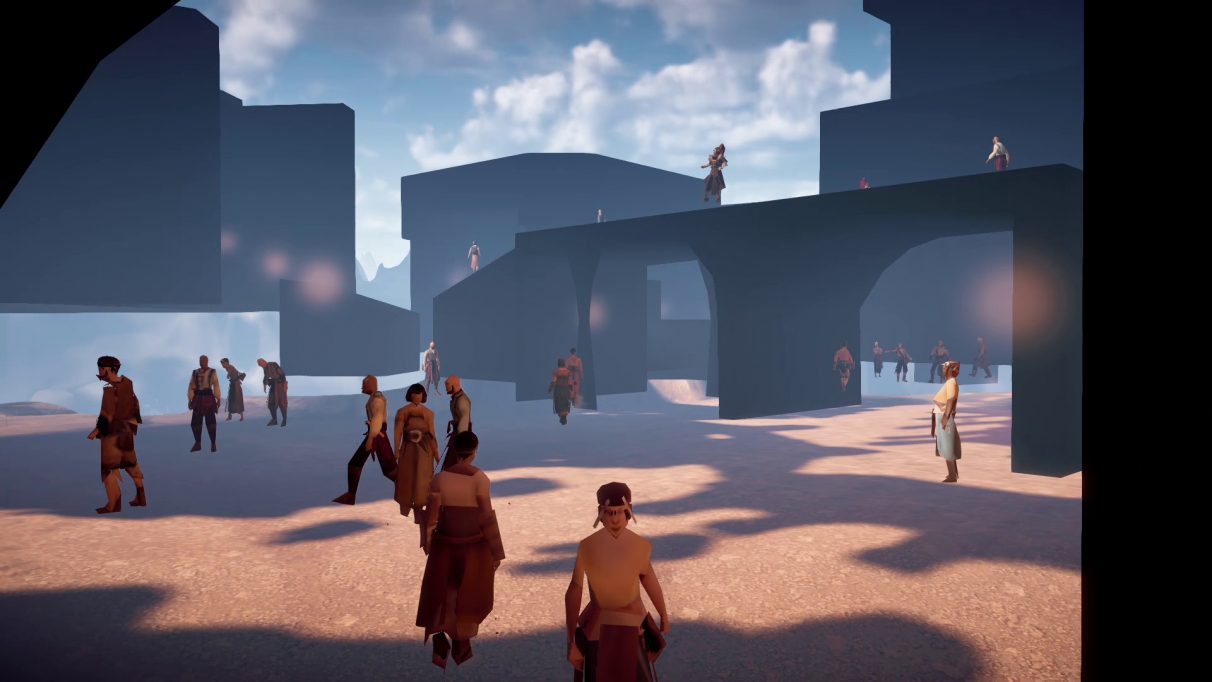 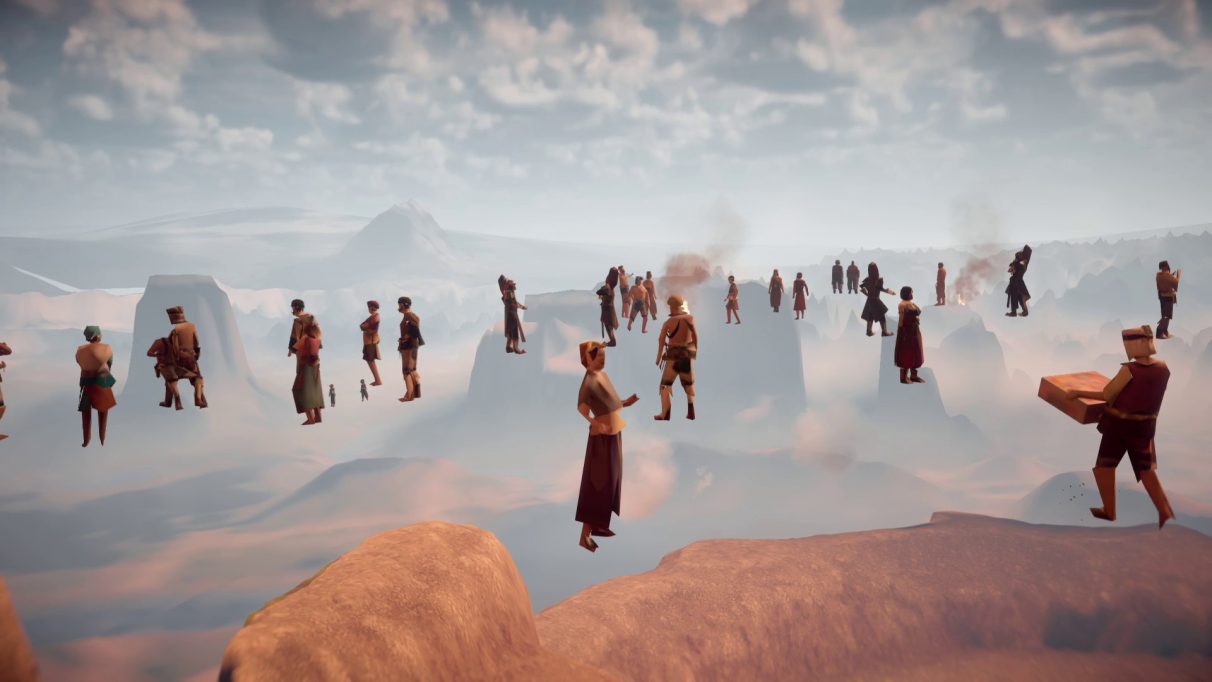 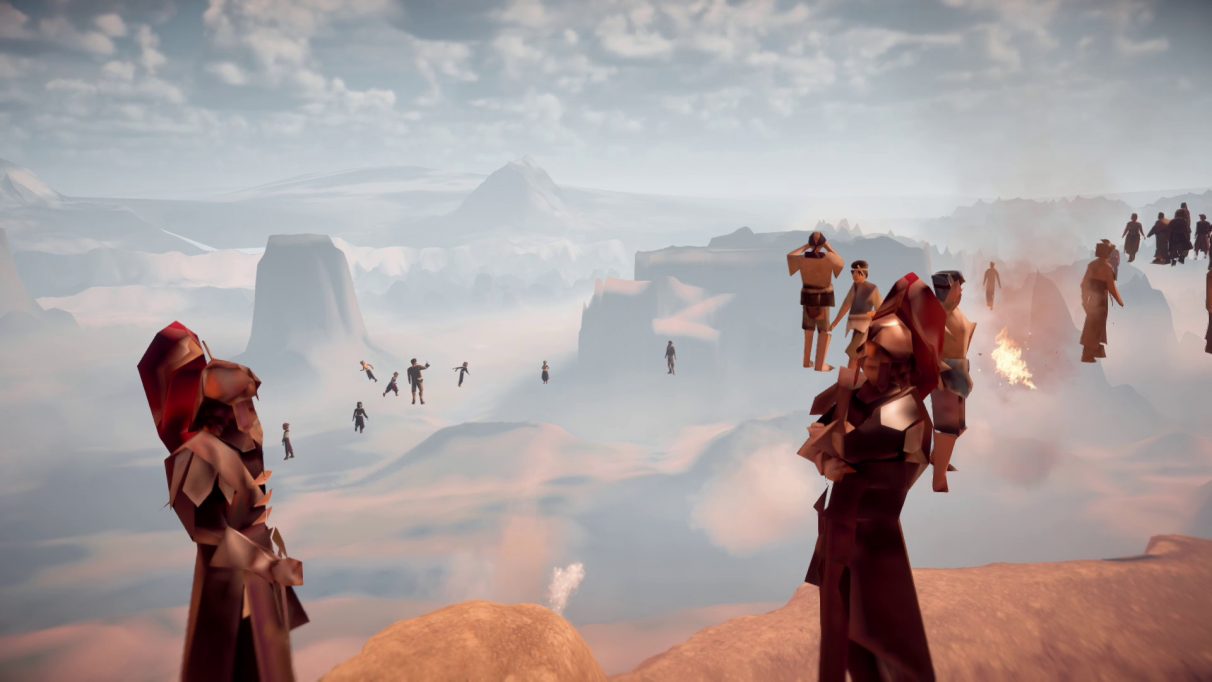 I didn’t actually notice what had happened to the people in the game’s benchmark at first. I obviously saw that half the city of Meridian had vanished into nothing, but the camera moves so fast through this huge, urban landscape it took me a good minute or so to realise exactly what was going on.

When I finally clocked their blurry little faces, it was like I’d stepped back in time. Back to the age when you could cut yourself open on a character’s pointy chin, when faces only had three large pixels between them to denote any kind of detail, and everyone walked around with tiny triangular pigeon feet. I do love it when graphics cards go wrong, and I ended up running it again just to drink in all its N64-style glory (and to check it wasn’t a weird, one-time glitch, of course).

Clearly, something was up, but as I’d only run the benchmark thus far, I was curious to see if the same thing happened in-game. Lo and behold, it wasn’t just the benchmark that had gone full N64. Aloy, Rost and the entirety of the Mother’s Embrace region was also doing their best N64 impression – although poor Aloy didn’t even get the courtesy of a blurry face for her trouble. 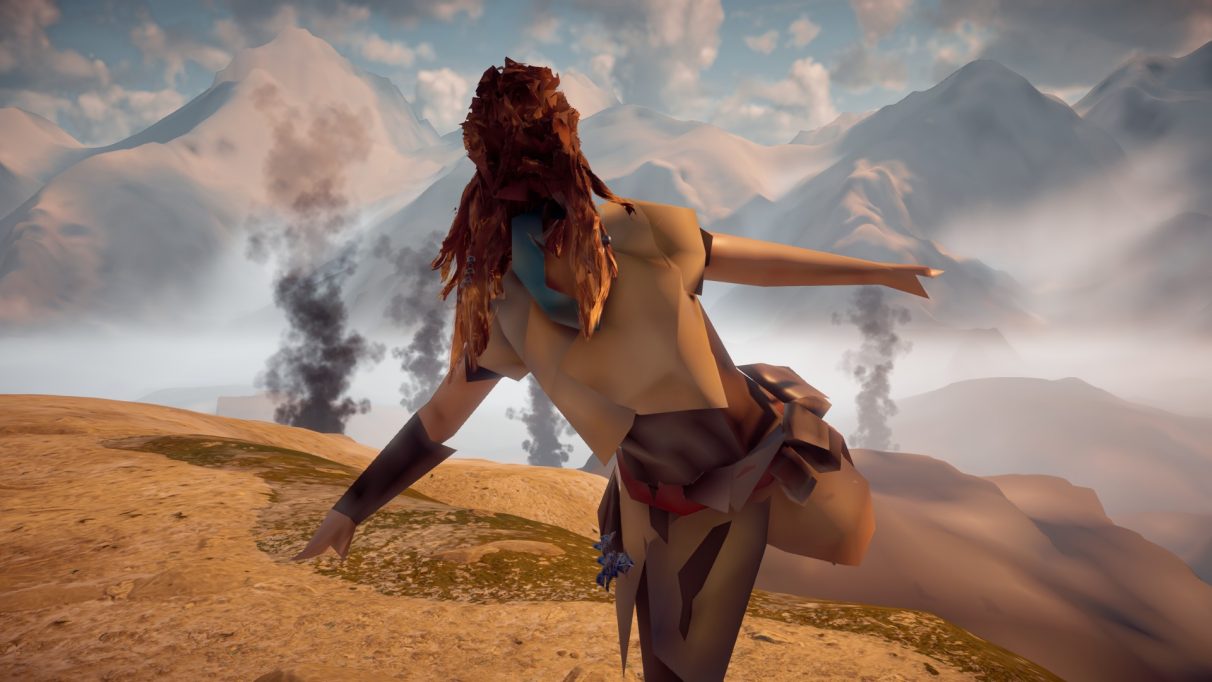 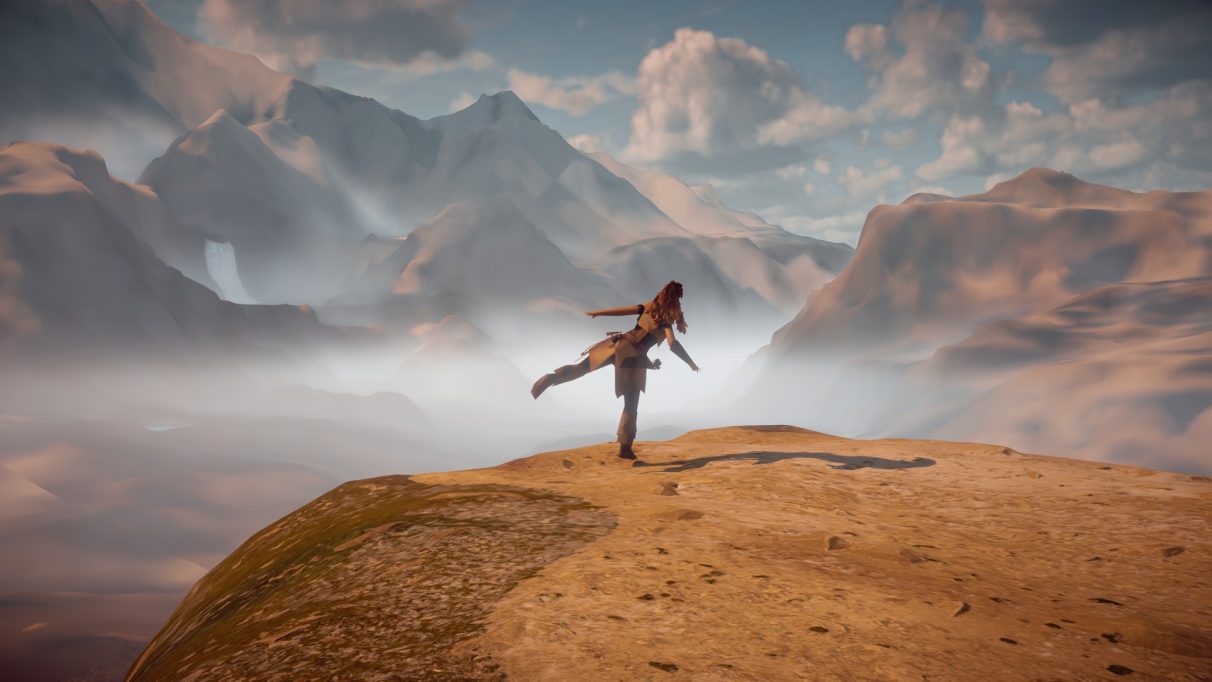 Such beauty, such majesty! 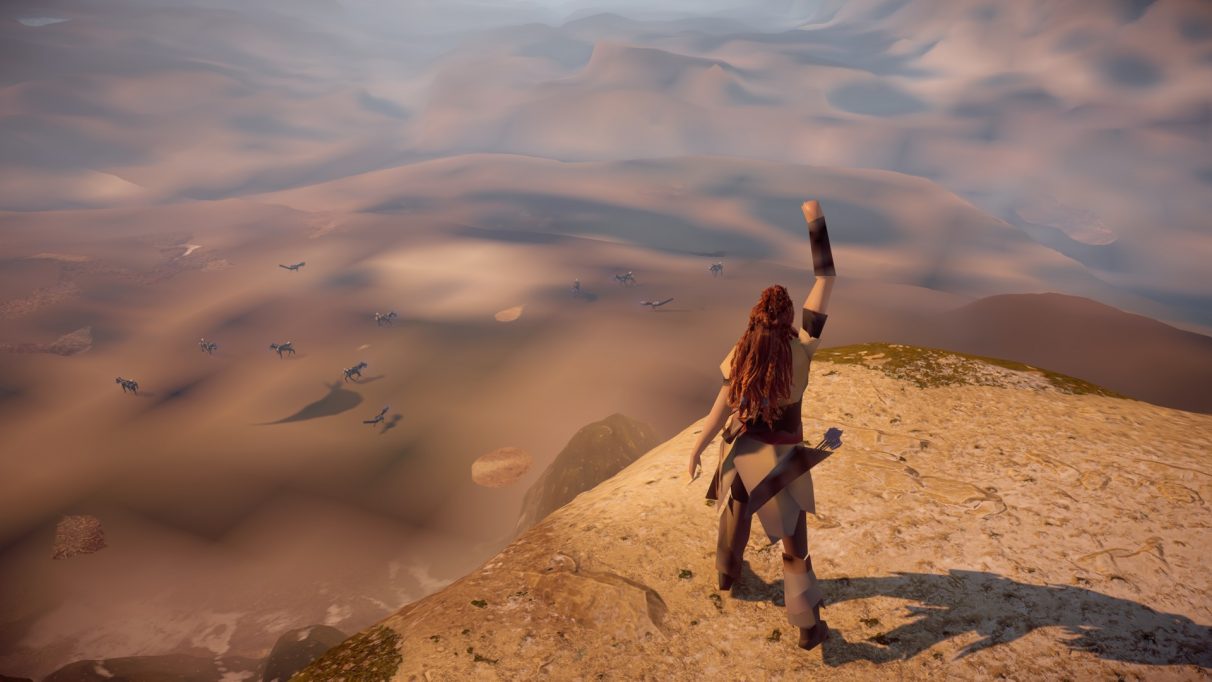 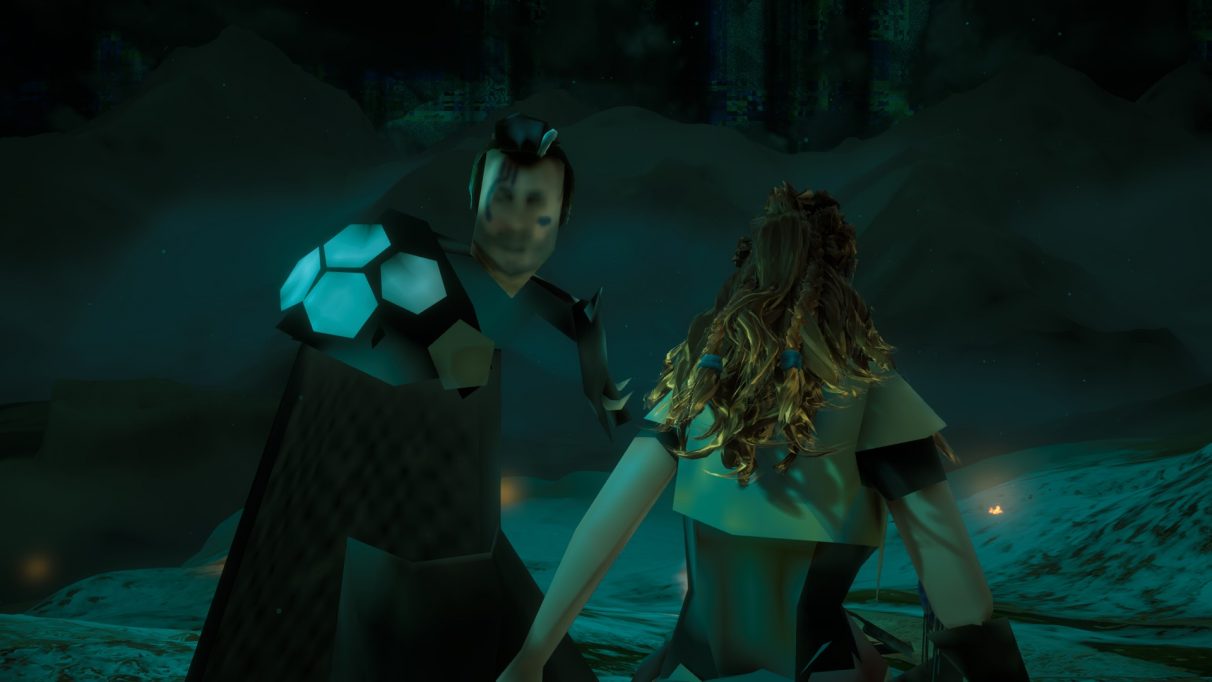 Daddy Rost may have a face, but his arms have completely disappeared.

Thankfully, the next time I booted up the game with my R9 290, the game had sorted itself out and I was able to benchmark it properly with all of its proper details in tact. We may never know exactly what made Horizon Zero Dawn suddenly turn into an N64 game, but I enjoyed the brief glimpse it gave me into a bygone era of gaming. It reminded me of happier times, but also of just how far 3D games have come in (lawd) twenty years. If my ten-year-old self knew that games would look like this… 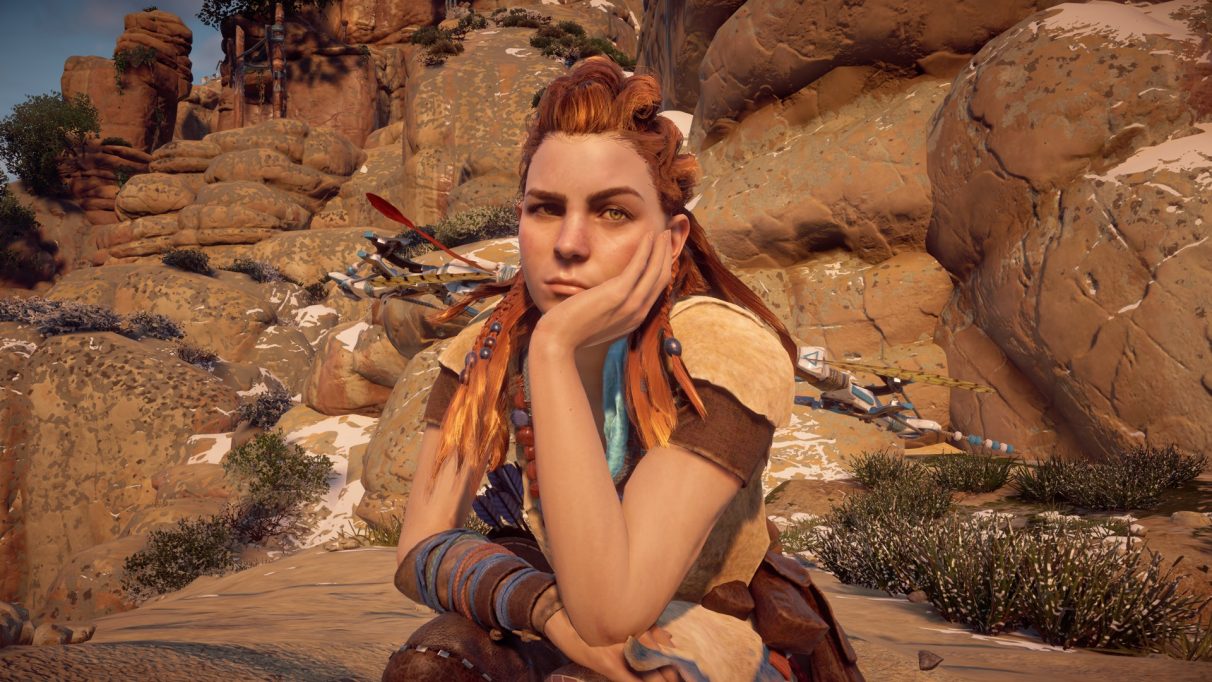 …in twenty years time, I think it probably would have shattered my tiny little mind.