Now streaming live:
A Total War Saga: Troy review
A Total War Saga: Troy has possibly the most vibrant period identity of any TW game to date, and a strong narrative focus that lives up to the “saga” in the name. But despite some campaign layer innovations, and a new phase of Creative Assembly’s relationship with fantasy, it’s still carrying a lot of the series’ baggage.

Let’s pretend there was no such thing as the Total War series of games. Let’s pretend A Total War Saga: Troy was just called Super Iliad Guys – which it should be called anyway – but had otherwise come out of the blue exactly as it is. In this mythical world, I would be completely blown away by Super Iliad Guys, with its astonishing two-for-one of a cracking RTS game stacked on top of a sweeping military 4X game, and its first class, ochre-heavy art direction. But I would also wonder why, after all the time and effort it had clearly taken to make something so impressive, its makers hadn’t taken another year and made it perfect.

What I am saying, of course, is that Troy is another Total War game. And it’s a good one, for what it’s worth. It’s certainly better than Thrones Of Britannia, its predecessor in the Saga subseries. But for all of its tweaks to the general formula, which are largely welcome, it still has the feeling of the same old soldier, wearing a different helmet. And the helmet has been put on in a little bit of a hurry. 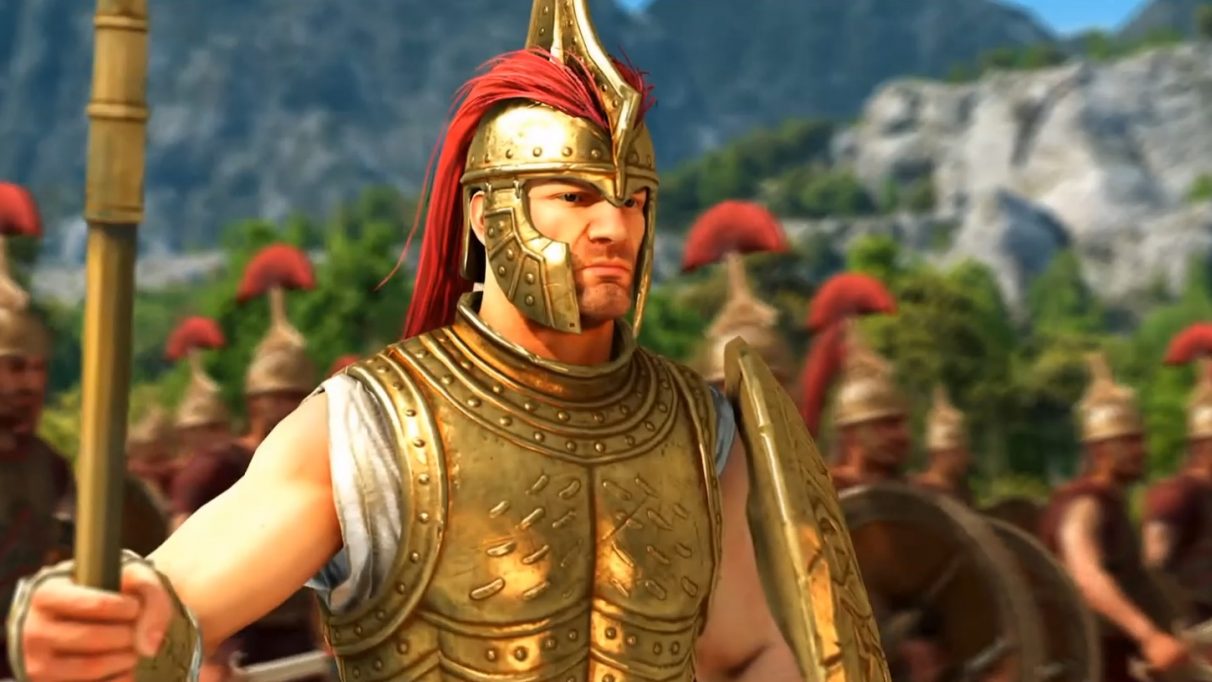 Beware of Greeks demanding gifts
When I played a few hours of Troy for my preview last month, I was simultaneously delighted by the strategic depth of the new resource system, and a bit irritated by the AI’s constant begging via diplomacy. Unfortunately, the bronze age ko.fi accounts still seem to be very much open, and while there are some satisfying alliance politics to be enjoyed, the grifting is still rife.

I don’t mean that it’s unpolished, although I would argue that the diplomacy and resource mechanics would benefit from a bit more QA. It’s more that Troy feels like it’s suffered a bit from having to be built from the bones of previous Total Wars. To give full credit to Creative Assembly Sofia, I reckon that if they’d made their vision of the game from the ground up, rather than retrofitting it in time to provide the latest annual iteration of what has become the FIFA of strategy, it would have been properly stellar.

Visually and atmospherically, it’s spot-on. Every detail of the game, from the black figure pottery patterns in the skybox of the gorgeous campaign map, to the stylisation of icons and UI elements, positively reeks of the semi-mythical setting. Possibly the only visual let-down, in fact, is the weirdness that can transpire when you zoom in to watch fights close-up. You know the sort of thing I mean – geezers getting hurled through the air when nothing touched them, or heroes leaping angrily towards groups of foes, only to slash wildly at some nearby air instead of actually swording anyone. You know the sort of thing I mean, because you’ve played a Total War game. And while I don’t feel particularly fair nitpicking an animation system that’s impressive just for achieving combat on that scale at all, it’s something that keeps being passed on, to a greater or lesser extent, to each successive game in the series.

Another bit of unfortunate baggage, I’m afraid to say, is sieges. They’re certainly better than the ones from the Warhammer games, and the 360-degree encirclement deployments offer a hell of a lot more in the way of strategic depth. But that depth tends to evaporate once the fights are underway. Walls, it turns out, were a really neat way of keeping people out of cities, and the best way of getting past them is still either overwhelming swarms of spear lads and autoresolves, or patience on the campaign map. 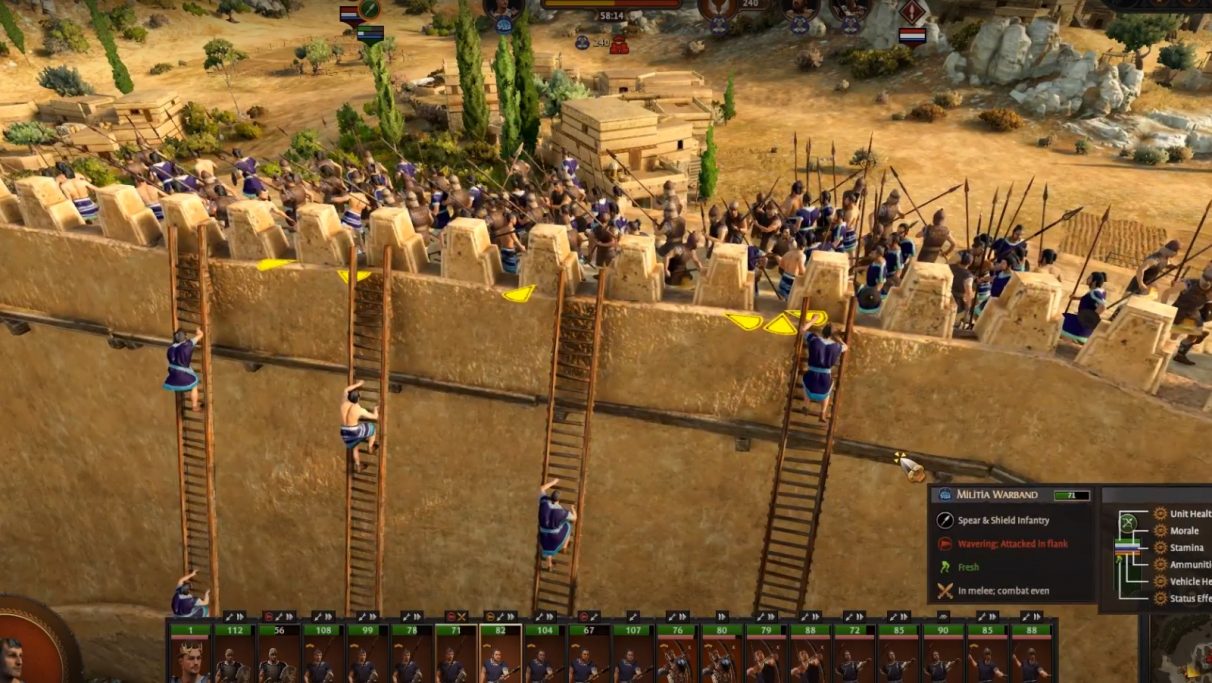 But the good ol’ truth-behind-the-myth units, which reveal 90% of legendary creatures to have been either very angry women, or very large men who like wearing animal skulls, are great. Seeking out and seizing the places they can be found is an adventure in itself, and provides plenty of fodder for the sort of self-made objectives that big, long strategy games thrive on. But what I really love about Troy is that, more than any other Total War to date, it doesn’t rely on those self-made objectives.

The gigantic, Achaeans vs Trojans biff-up that defines the whole setting is suitably encompassing, and drags everyone and everything into it like a black hole made entirely of shouting men. The faction-specific rulesets played with in Warhammer and Three Kingdoms really shine here, as does the “Homeric Victory” – a Warhammer-style series of quest objectives, customised to each of Troy’s eight playable captains of anger, which they must work their way through in order to win at the Iliad. Perhaps you’re not so keen on this more directed style of play, but then in fairness, perhaps that’s just a question of taste, since this idea of playing through a story seems to be the emerging identity of the Saga games, leaving sandbox-style hyperconquest to the “main” TW releases.

I guess the one area of disappointment I can attribute purely to the game rather than the franchise, is the heroes themselves. Their campaign rules are as complex and satisfying as I had hoped they would be from the preview, and they’re solidly balanced on the battlefield, being tactically useful without having enough power to cause wild swings of fortune on their own. But they’re very, very true to Homeric archetype, and although this accuracy is commendable in itself, it makes them incredibly hard to feel any sense of personal investment in.

Take Grom, the vast goblin king from the latest Warhammer 2 DLC, as a counterexample. I love Grom. He’s a classic underdog, and a golden example of someone who loves their body just the way it is. But Grom was invented by Games Workshop in 1994. Troy’s heroes, by contrast, were invented many centuries ago, in a cultural and artistic context that is almost entirely alien to modernity, and they’re just… wankers. A ‘hero’ in the Homeric sense is not a goodie. It’s just someone really, really powerful and prone to wrath, who usually also believes they are perfect and will say so outright. They’re psychopaths, essentially, who spend all day frothing at the mouth at how they’ve been wronged, and they don’t have the cartoonish extravagance of, say, the Tomb Kings to balance that out. They’re not badly written, per se, so much as they’re not human in the first place. And now I say that, I realise my beef here is actually with Homer, rather than Troy. 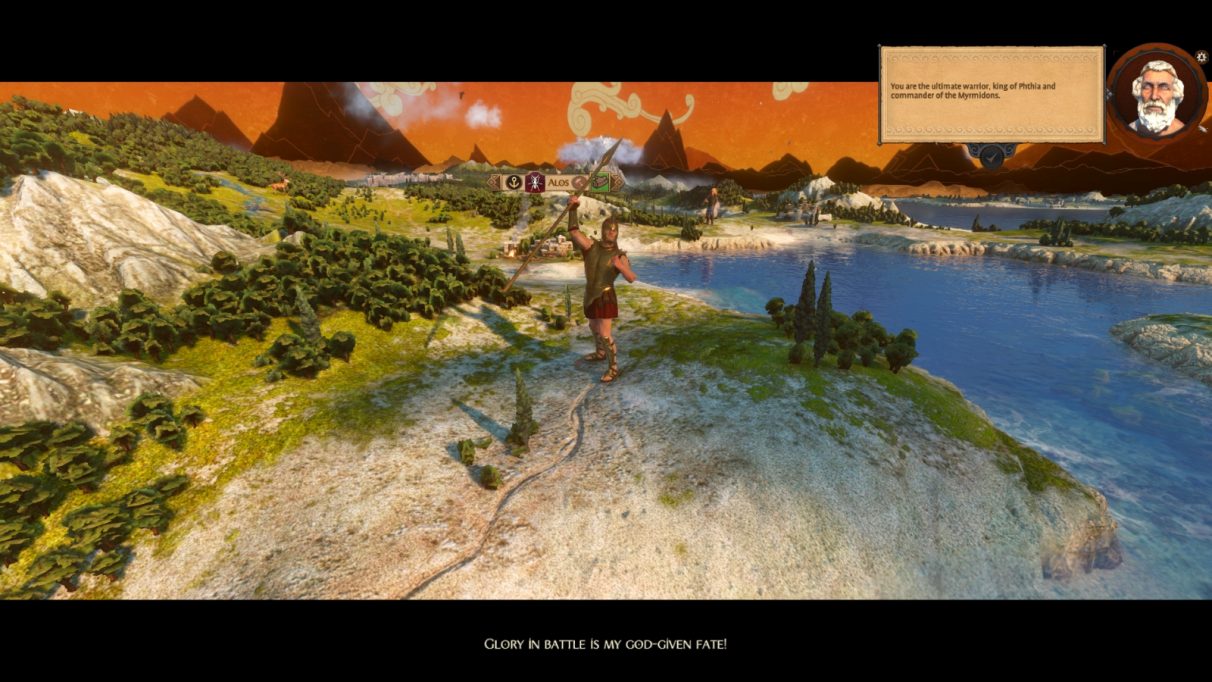 But look, let’s get back to it: this is a good Total War game. I love Total War games. I could spend forever comparing every element of it against its corresponding point in previous Total War games, and we’d none of us feel any the wiser for doing so. I suppose the frustration for me is the thought of what sort of a mind-blower Troy could have been if it hadn’t needed to be a Total War game in its entirety, but could still have gotten away with copying the two-layer strategy format.

At the start of this review, I posited a world where there was no production line of Total Wars, and thus no huge list of factors on which to scrutinise Troy’s performance against its predecessors. And you know what? For people who have never played a Total War game, that fantasy world is a reality. If you are one of those people, and have always wondered about dipping a toe in to the series, you could do a heck of a lot worse than starting with Troy.