You know that joke from The Simpsons, where the kids find out that cows don’t look like cows on film so you have to use horses, and for horses you have to “tape a bunch of cats together“? When I was playing There Is No Game I kept thinking about that joke. “How do you make an original point and click puzzle adventure? Eh, usually we just tape a bunch of other games together.”

I am being facetious. There Is No Game is smart and funny and surprising, but the thing is that it’s very much “a video gamer’s video game”, if you will. I think maybe it is a small bit too much that. (Note: spoilers follow, I suppose, as this is arguably one of those “if you explain it, it’s not as fun” games). 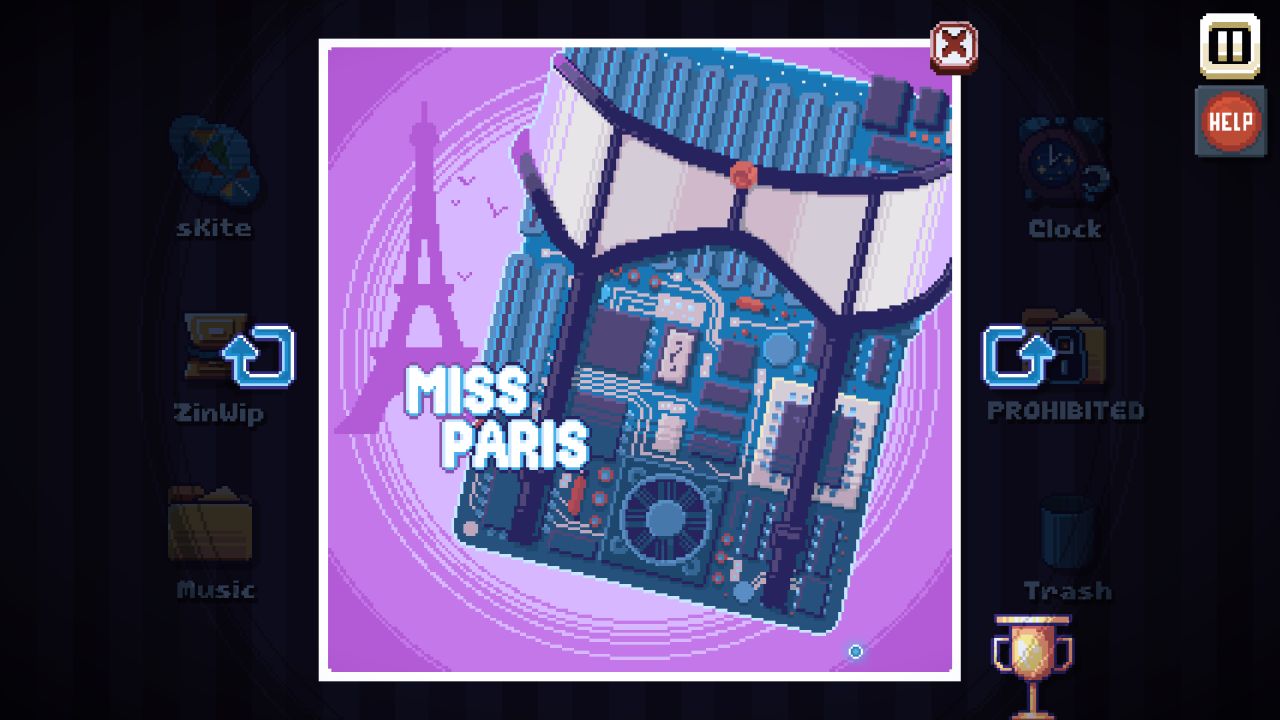 There Is No Game has existed in a form for a while, having won a game jam back in 2015. The conceit is: you start up the game, only to be told by the game itself that there is no game and you should shut it off. The first chapter is you, engaged in a titanic struggle with Game, who keeps telling you to stop trying to play it. If you have seen it compared to Pony Island, a game that becomes about defeating the game behind the game, this is why. You fiddle around in the menus and break into the game files, and soon you learn that you can steal icons and use them on other items – the cog that denotes settings can be put into a broken locking mechanism, for example – and get sneak peeks at Game’s very specific porn pics.

Eventually you break the game so completely that you end up warping through the different localisation versions of There Is No Game, and then into other game dimensions entirely. 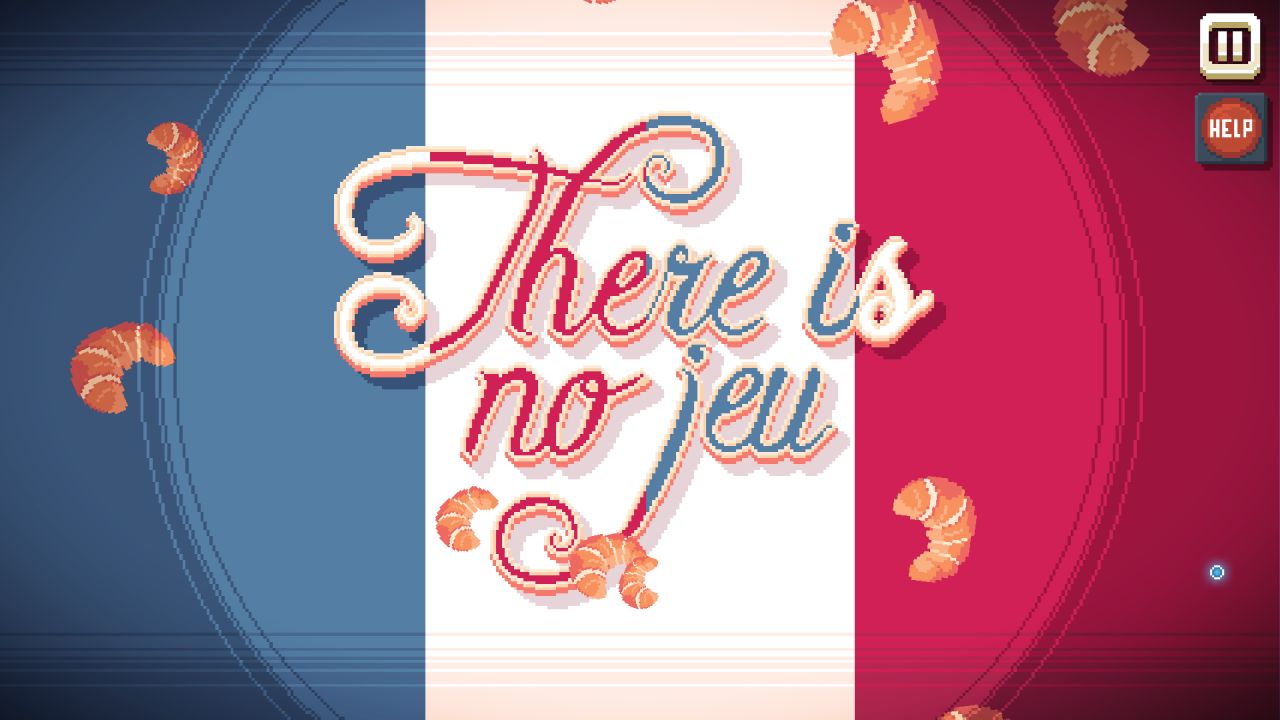 You warp into a loving send-up of a 90s-style point and click adventure starring Holmes and Watson, followed by a loving send-up of a 90s-style RPG adventure a la Zelda. In both of these you use p’n’c puzzling methods to achieve your goals, but unconventionally and by proxy, in ways that break the game-within-a-game that you’re working around. Some of these puzzles are exquisite.

You knock over not-Link’s HOME button, and then use it as a big weight to shake the world and force him to jump. You steal all the action verbs from Holmes and Watson’s menu, and learn to think outside of all kinds of boxes. You break the conventional progress of their game such that they nearly fall out of the bottom of it, and Watson has an existential crisis. With a kind of meteoric inevitability, There Is No Game smashes through, somehow, a second and possibly a third fourth wall. There’s a chapter which involves messing about with one of the fake games’ credits, that also involves a song parody. It is all, like I said, very clever and you will laugh a lot. 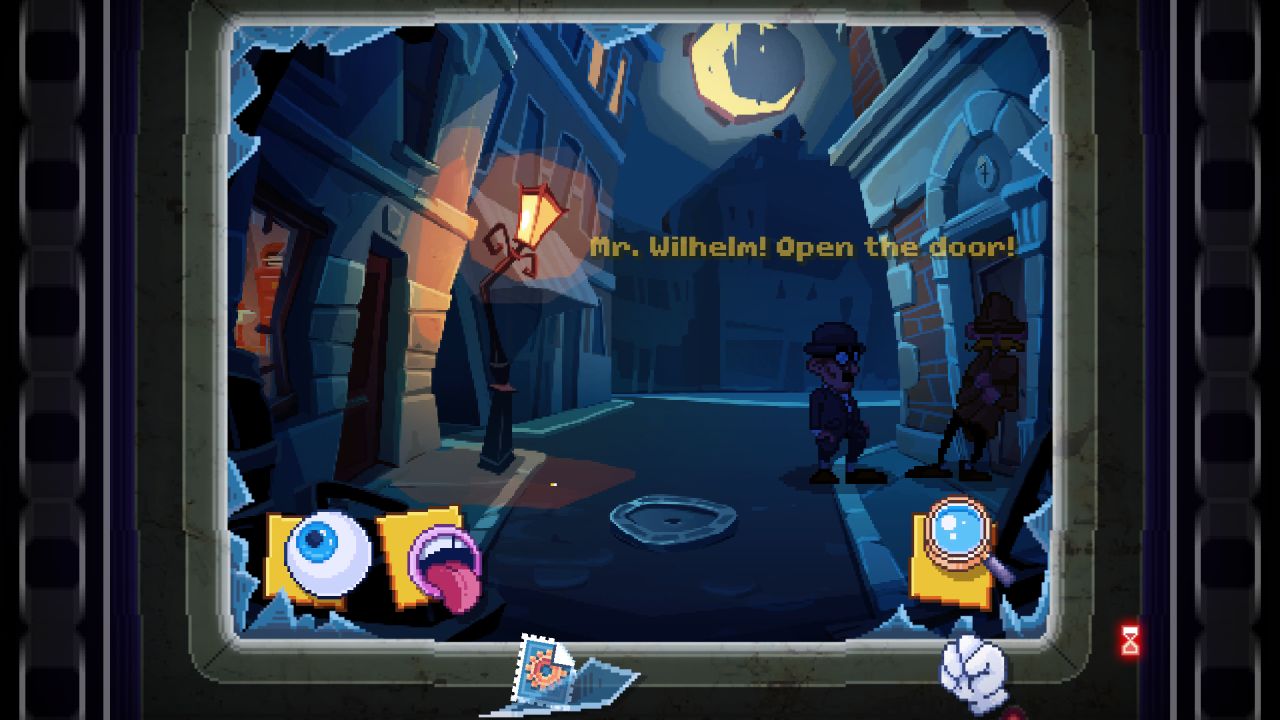 There are so many meta layers of meta-ing that it’s almost like a big lump of Fordite, polished and lovely and full of surprises from different angles. There are jokes about jokes about development and video game culture. The Holmes puzzle game is taking place inside a CRT screen which you can break, allowing you to look ‘behind the scenes’ of the Holmes game itself. But that behind the scenes is a set made of wood and boards and paint. When you break into the asset library, it’s a sci-fi void full of random floating things: a book, a bath, an ice cream cone. Very good. I don’t want to spoil more than I have already, but there are so many jokes and smarty pants bits that I could never get close to spoiling much.

But still, unlocking a lot of this enjoyment requires knowledge of, what, 30-ish years of games? And also a bit about how they’re made, to boot. I soured on it a bit when it got to There Is No Game’s send-up of a freemium game (a version of the Zelda-like that has been messed with by a sentient code glitch). It labours the point about how they’re awful and terrible and the worst things in the entire fucking world pretty hard, to the point of “Yeah alright, I get it” territory, whilst introducing some very frustrating puzzles that rely on timing and and repetition. Possibly all this, too, is meta. But at a certain point, repeating the annoying thing for a joke just becomes the annoying thing. 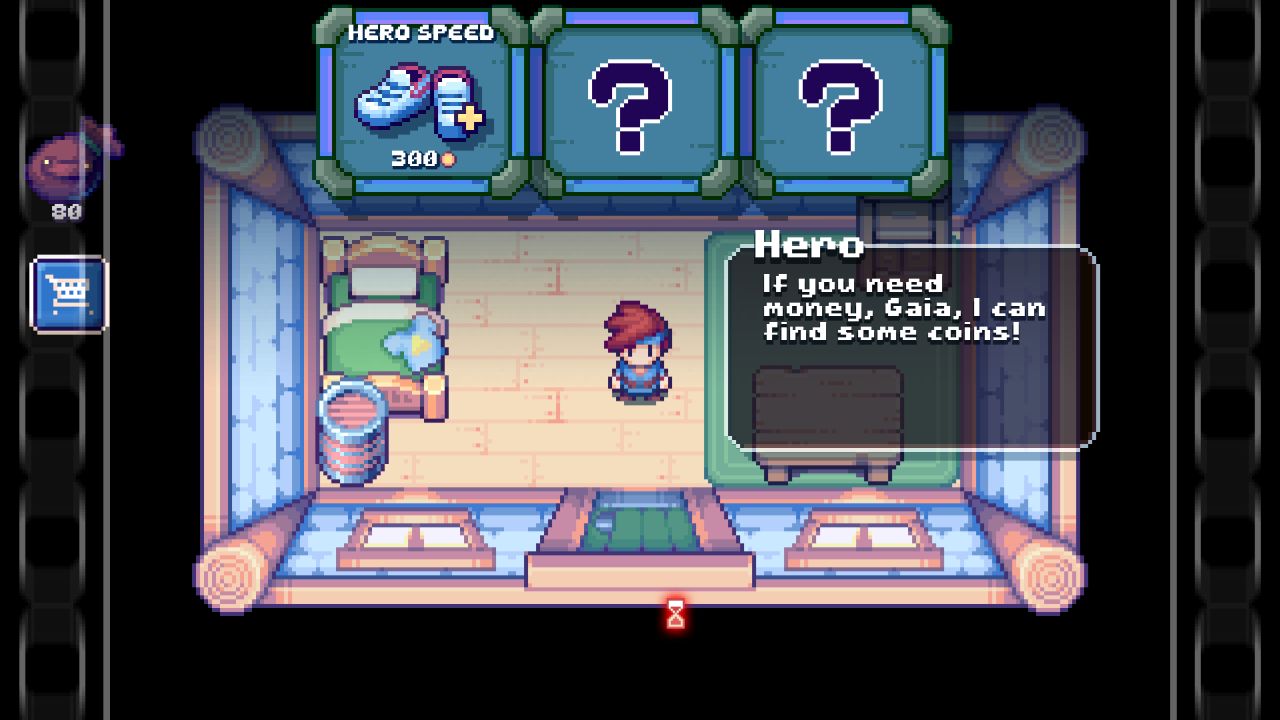 This section is also full of ads, which are instrumental to solving the puzzles, and they’re very well observed as well. But they’re also for games called things like SUPERCOLD and Please, Papers. This is a post-Ready Player One world, and certainly There Is No Game is so much smarter and better than that bag of half-chewed dog toys masquerading as a book that it’s probably unfair of me to mention them in the same sentence. But there comes a point where even I feel like I’m being pandered to.

There Is No Game is very, very good and very clever. But it’s very specific. Like the joke from The Simpsons, right? If you say “eh, usually we just tape a bunch of cats together,” some people will just think you are into casual animal cruelty, while I will laugh because I get the reference. But you’ll get diminishing returns out of me, based on how many subsequent Simpsons quotes you put into the conversation, I guess.

Tagged with Draw Me A Pixel, feature, There Is No Game: Wrong Dimension.

More about There Is No Game: Wrong Dimension