Ah, EGX Rezzed. The Shed Of Dreams, they call it. We here at RPS truly love doing that show and having lots of silly fun every year, including an Olympics and our live podcast and playing all the lovely weird indie games.

This year, unfortunately, Rezzed couldn’t happen because of all the everything (here I gesture at the world, futilely), and while we did do a cracking Rezzed Digital, and have an even more cracking EGX Digital coming up, we missed, you know, the experience. So we decided to make a Rezzed you can do at home for nothing.

Yes, that’s right. We’ve made you a Rezzed tabletop RPG. For free!

In collaboration with our pals at EGX, we commissioned Grant Howitt, tabletop game designer extraordinaire of Rowan, Rook and Decard, to make Rezzed into a TRPG oneshot that you can play with your friends at home. This he did, writing it in concert with our own Nate Crowley (having previously created Reverse Beastmaster together). And here it is, for you to download and peruse and play, right now! The link below takes you to the PDF! Look: 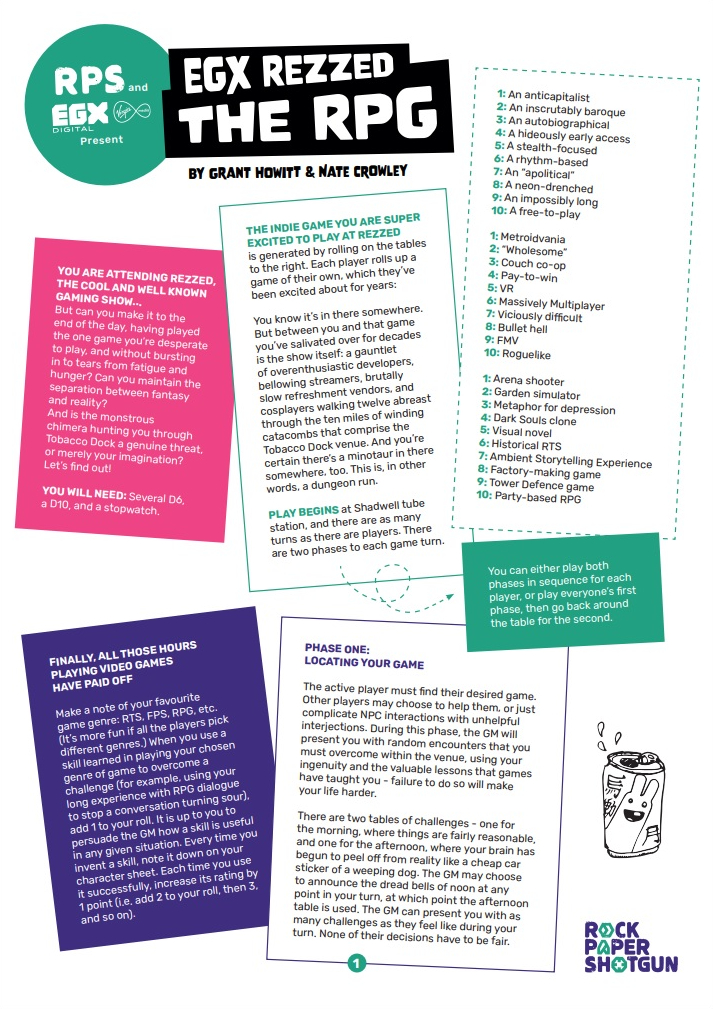 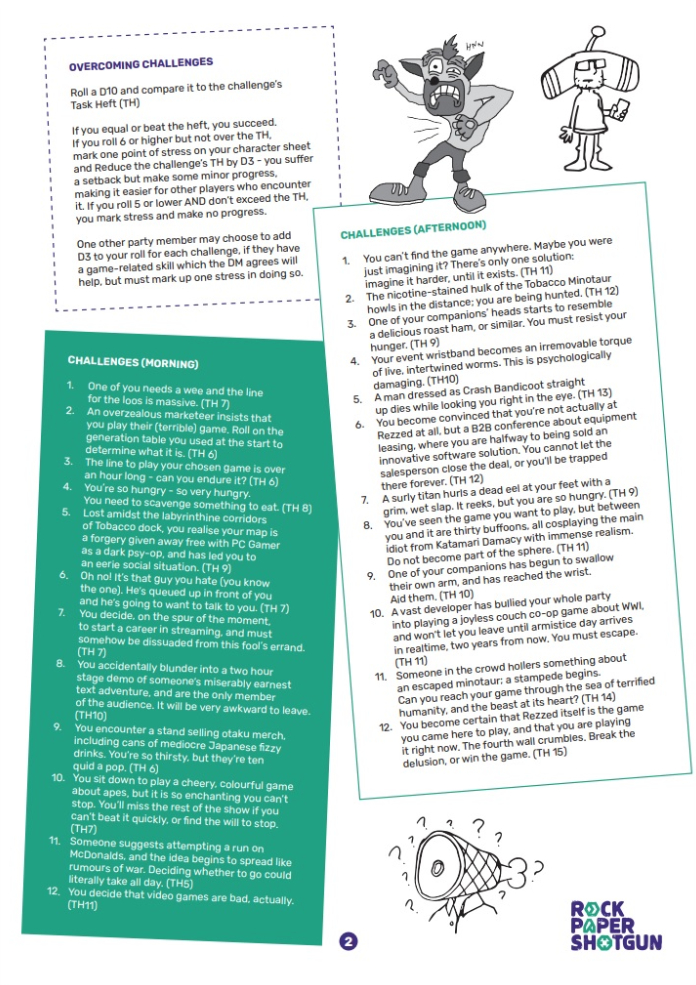 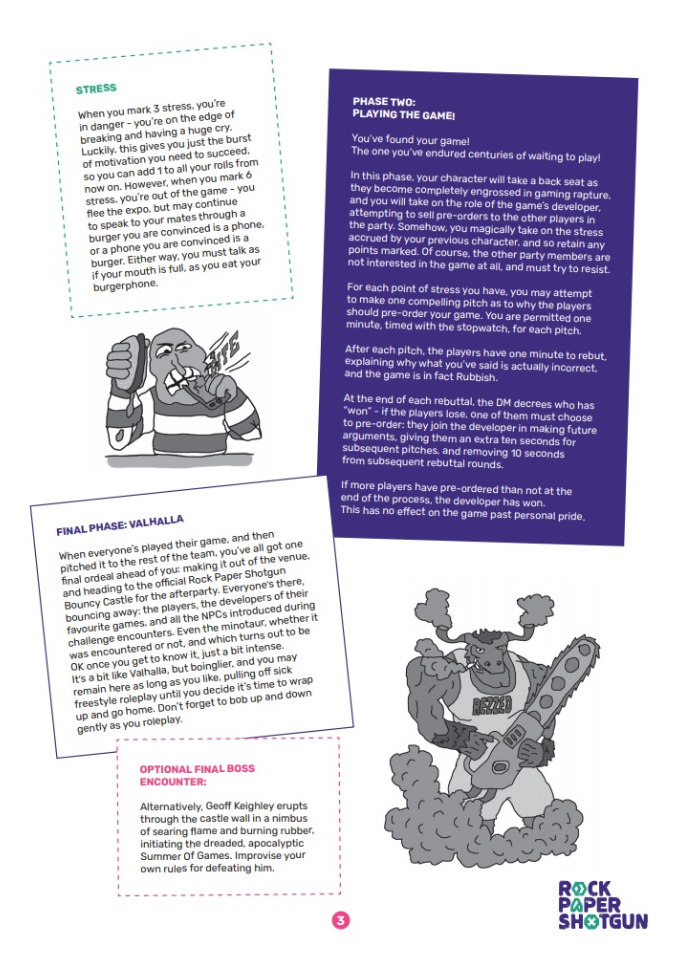 It is, if I may say so as an obviously biased party, a triumph. The rules, such as they are, guide you through an intense and increasingly surreal dungeon run, were the players are a team of pals each trying to find the indie game they really want to play at Rezzed, and the GM throws obstacles in their path. This may include the Rezzed Minotaur, which stalks the labyrinthine halls of the Tobacco Dock, or running into that guy you hate (you know the one). There is an optional final boss encounter with Geoff Keighley.

If you’ve never played a game like this before, don’t worry. Making things up as you go is encouraged. For proof you can listen to our most recent podcast episode, where we play a round of EGX Rezzed The TRPG with special guests Meg from EGX and ReedPop video producer Dean Abdou. During this episode Nate, who wrote the actual rules for this game, makes up multiple new ones, so it is canon that you can do what you like with this game.

It is a tremendous amount of fun, and I hope you love it as much as we do.