Control‘s new AWE DLC might technically stand for “Altered World Events” – the term the game’s FBI-but-magic organisation The Federal Bureau of Control uses for the weird stuff they investigate – but let’s be honest, we all know it’s going to be remembered as the “Alan Wake Expansion”. That’s the theme for this second and final DLC for Remedy’s third-person action-adventure, which we called an accomplished and fun version of X-Files with more guns but less Mulder when we put it on our best action games for PC list earlier in the year.

AWE is a decent chunk of DLC that adds what you’d expect: about four hours of wellying fire extinguishers down hallways, a new enemy type and a new section of the Bureau’s offices to explore. By the end, you get the nagging feeling that you’ve just played through the video game equivalent of a Marvel film’s post-credits sequence – this is, after all, a step in establishing the “Remedy Connected Universe” that started with Alan Wake’s splash onto the Xbox 360 ten years ago. If you’re a fan of Alan Wake, it doesn’t really offer any answers, just more questions. Alan himself isn’t even in it that much. But what it does have is a really bloody good monster. Some spoilers follow. 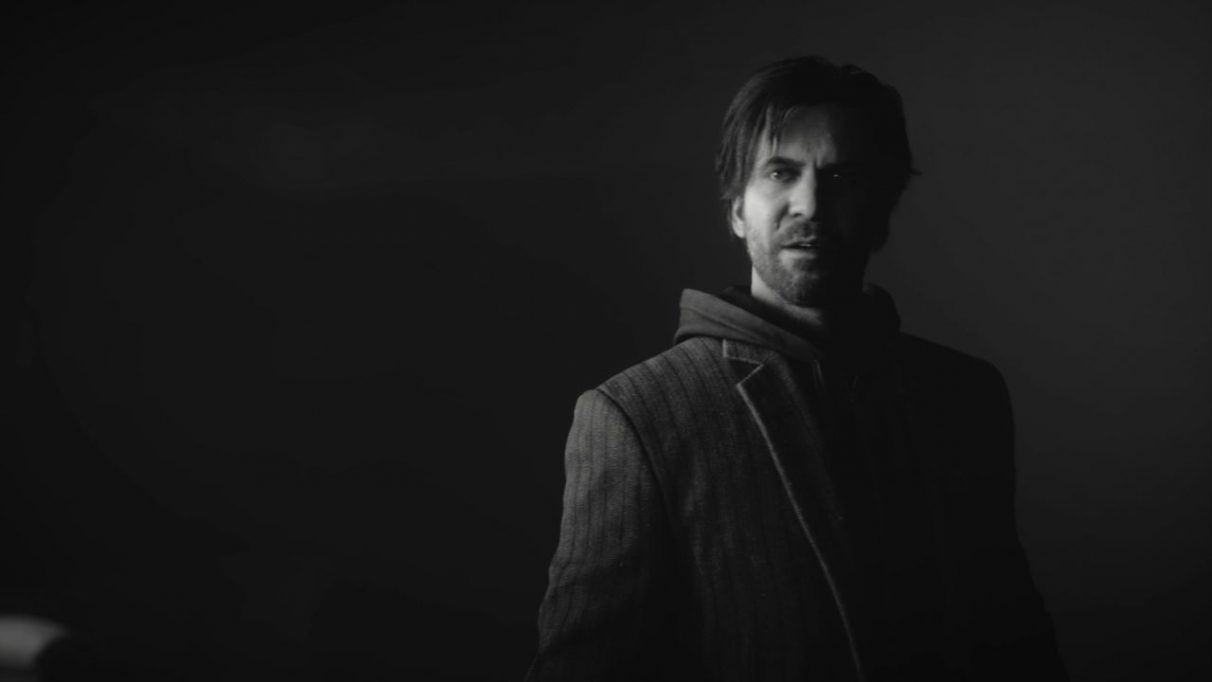 Alan is in it a bit, sometimes. Here he is, look.

Jesse, new badass boss babe of the Bureau, gets a psychic hotline from Alan warning her that something is happening down on the Investigations level of the Oldest House, so off you toddle to have a look. Like the previous DLC, Foundation, AWE doesn’t throw loads of combat at you (though there are a few challenges). Instead, you find the weird darkness from Alan Wake has infested the floor. In some areas, it takes up whole rooms, and you take damage for standing in it too long.

Lurking in this darkness is Dr. Hartman, the creepy and unethical therapist from Alan Wake, but the events of that game and its various follow-ups transformed him into a darkness-possessed creature that the Bureau took in to study. After getting tainted again by the Hiss, the main baddy of Control proper, Hartman has become a third thing, and it is grim. He is sort of a cross between a witchetty grub and Slenderman, but bent over in half like a paperclip and muttering extracts from his already creepy books.

Hartman is physically harmed by light, but generates his own field of darkness, so most of the time you don’t see what he actually looks like. You just see his weird, spindly-legged shape shuffling around in the dark, walking backwards and making horrible noises. Sometimes he spits what look like flying red face huggers at you at you.

It is really good because, at this point in Control, Jesse is basically an unstoppable flying killing machine in a cool leather coat. Hartman should be an easy target for her, but AWE really ups the stakes to make you feel just as unsure and unsteady as you were right at the start of Control. Your interactions with Hartman become more like a horror game, where you’re nervously hiding in pools of light and sprinting to get to the next one, because if he grabs you he can suck out almost all your health in one go.

Rather than boss fights with him, you’re in tense puzzle situations where you have to move around and power up lighting whilst trying not to get absolutely rinsed by the big spindly bug man. One of his legs makes a dry tapping noise like a wooden cane when he walks, and sometimes you can hear it through walls. Yikes. 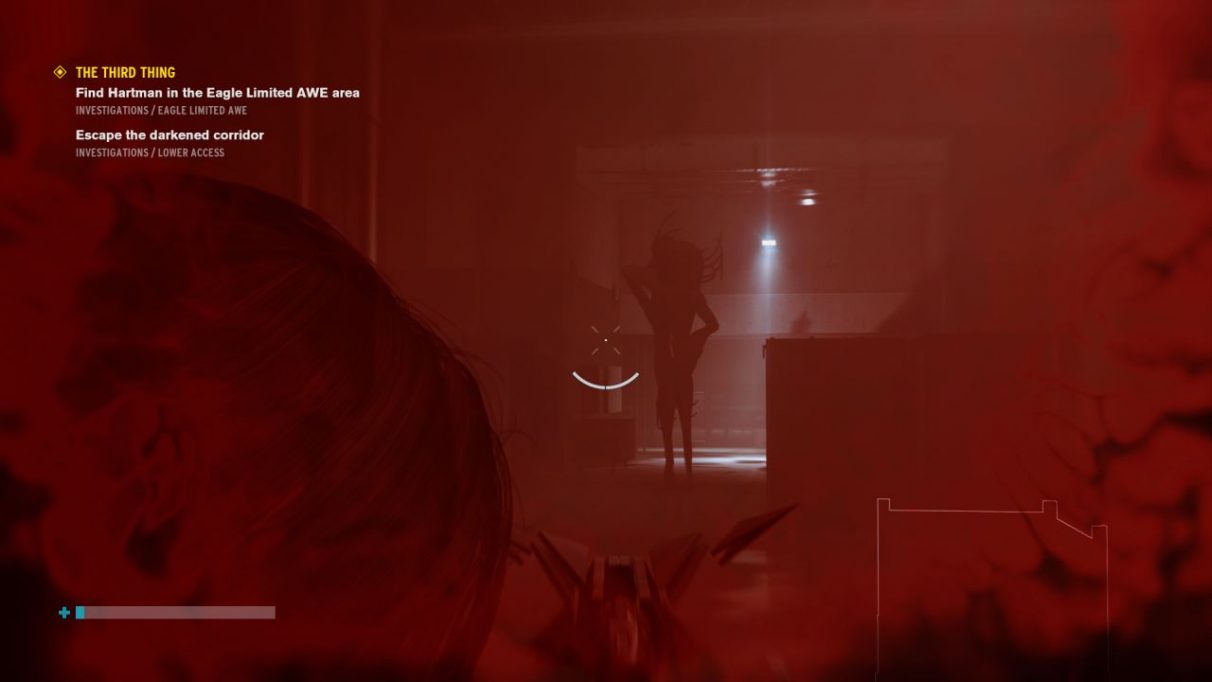 This is mostly how you experience Dr. Hartman

It’s why I would recommend this DLC if you liked Control but have never played Alan Wake, because the author himself (who actually I think is a bit of a rubbish writer) doesn’t turn up very often, whereas Hartman is a constant creepy presence even when he’s absent.

This is, unfortunately, slightly undermined when you do get into a final boss fight with him when all the lights are on, because you then you can see what he properly looks like and find out that he’s got a little white bum. But up until then, he’s mega scary.