The FiNN is the latest addition to Call Of Duty: Warzone’s weapons arsenal, and it’s absolutely phenomenal. Some might say it’s a game-changer. And our in-depth FiNN Warzone loadout guide will not only walk you through the very best loadout for this incredibly customisable gun, but also break down the inner workings and stats of this new S-tier lead-spitter so you can see what all the fuss is about.

In this FiNN Warzone loadout guide: 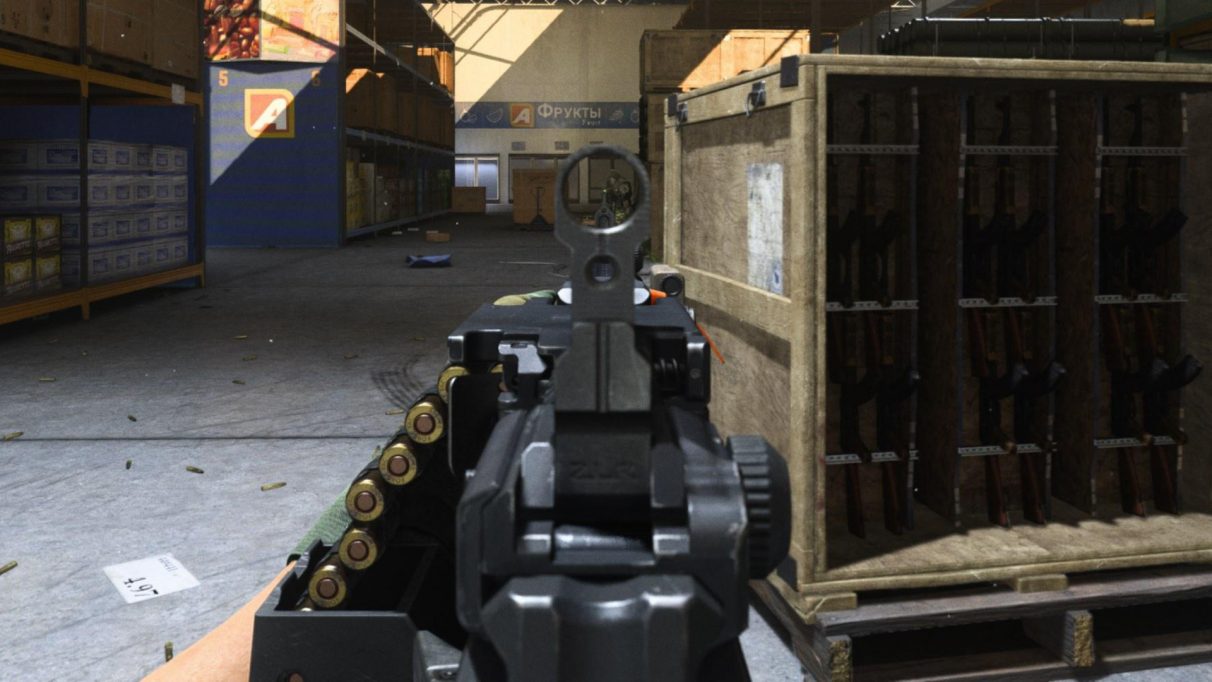 No time-wasting here: let’s jump right in with an explanation of the very best FiNN loadout we’ve found so far in Warzone: 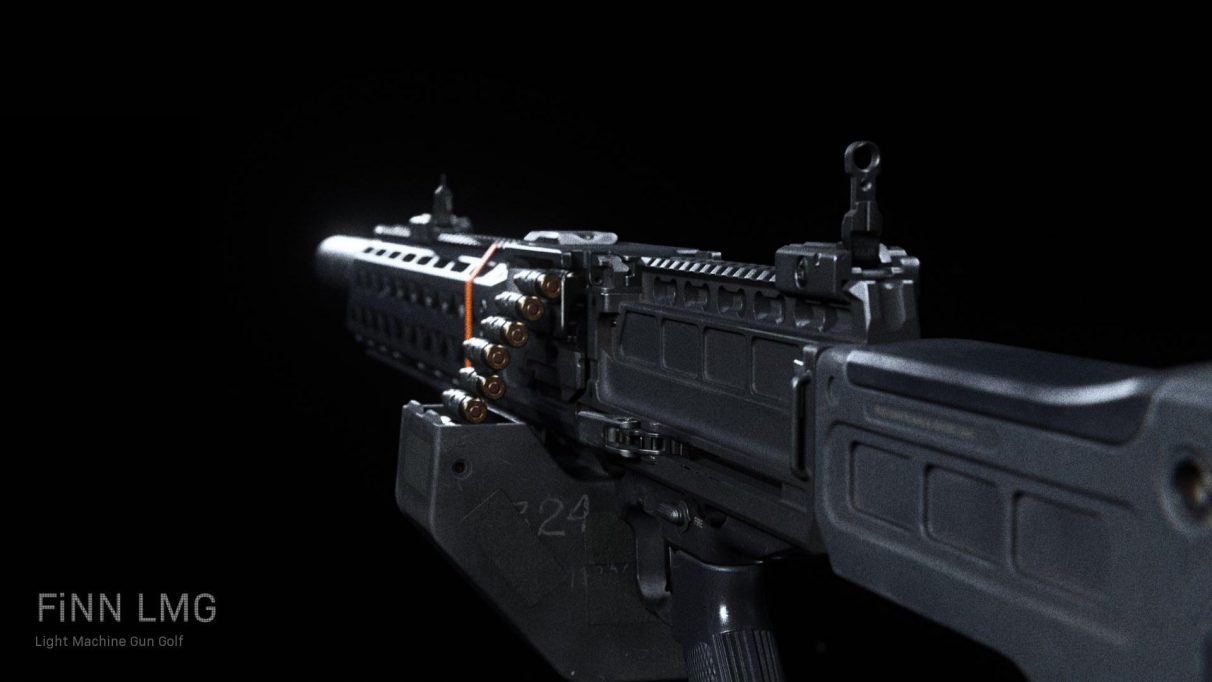 So, what’s the philosophy behind this particular setup, and why is it so powerful? Let’s start with the beating heart of this FiNN loadout, which is the LongShot Adverse barrel. All Adverse barrels on the FiNN completely change the gun, lowering its damage per shot but very drastically increasing its rate of fire – to levels unmatched by almost every other gun in Warzone. The time-to-kill is far better with an Adverse barrel than without.

The general drawback of the Adverse barrel is that it performs worse over longer ranges – but that doesn’t appear to be true for the LongShot Adverse barrel, which is remarkably strong and astoundingly accurate even at long ranges – particularly with the Monolithic Suppressor and Commando Foregrip attached. You can see the effect this loadout has on the FiNN’s spray pattern below: 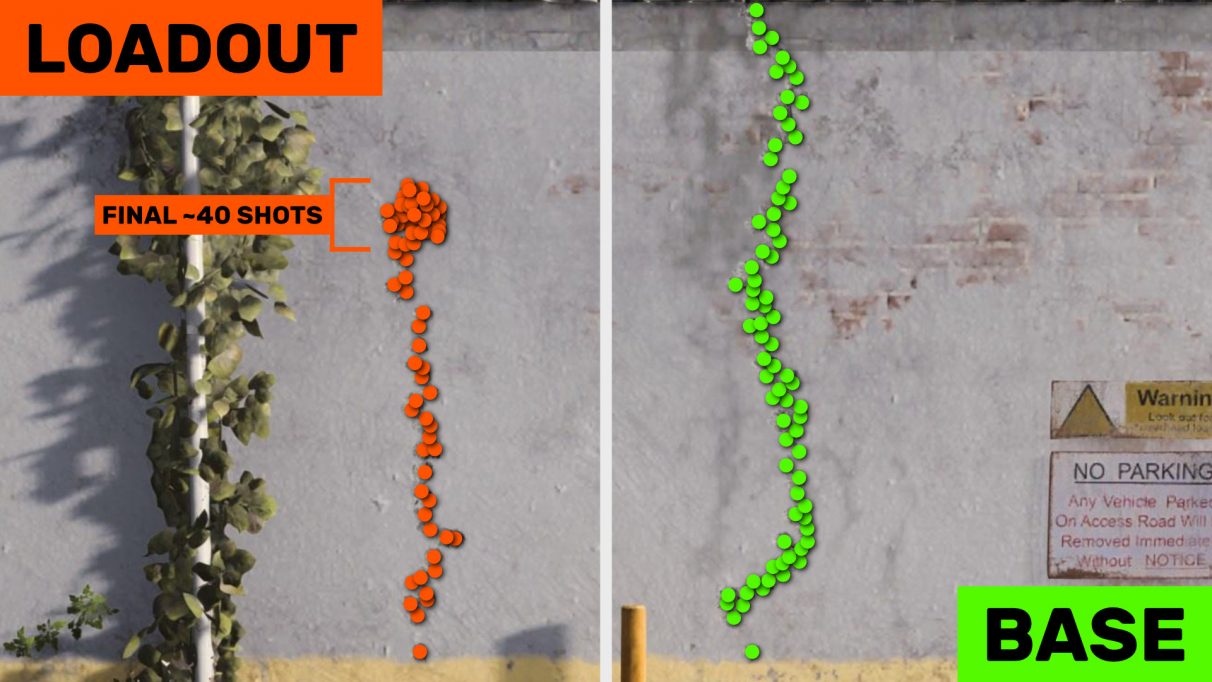 So now we have an extremely fast-firing and accurate LMG, but its handling and reload times are not great. Which is why we’ve opted for the Tac Laser, to speed that ADS time right back up; and the Sleight of Hand perk to bring that hefty reload time down to acceptable levels.

We don’t need a magazine mod for this gun, because 75 rounds is more than enough; nor do we need to add an optic attachment, because the ironsights are surprisingly very clean and I’ve had no trouble whatsoever beaming enemies at sniper distances with this loadout. Give it a try; you may just find your new favourite gun in Warzone.

Let’s now take a close look at some detailed stats on Warzone’s FiNN LMG, including the effects of equipping one of its unique Adverse Barrels:

As you can see, equipping an Adverse barrel changes things up quite drastically in three categories: decreased damage, decreased range, and drastically increased fire rate. All in all, in the FiNN’s current state I’d almost always recommend using an Adverse barrel, simply because the DPS and TTK benefits far outweigh the costs – particularly when the gun is kitted out as we’ve described in the above loadout section.

The handling and speed stats of the FiNN are actually quite impressive on the whole. The reload time is pretty dire, as with most LMGs; but the ADS speed is very competitive for its class, and can be brought down to a lightning-fast (for an LMG) 200ms if kit out fully for speed. And the movement speed is more in line with Assault Rifles than LMGs, making the FiNN a pretty nippy LMG, all things considered.

In its current state, I’d definitely call the FiNN an S-Tier Warzone weapon, and quite possibly overpowered. We’ll have to see how the meta shifts around this new gun – but until then, check out our thoughts over on our Best guns in Warzone page. 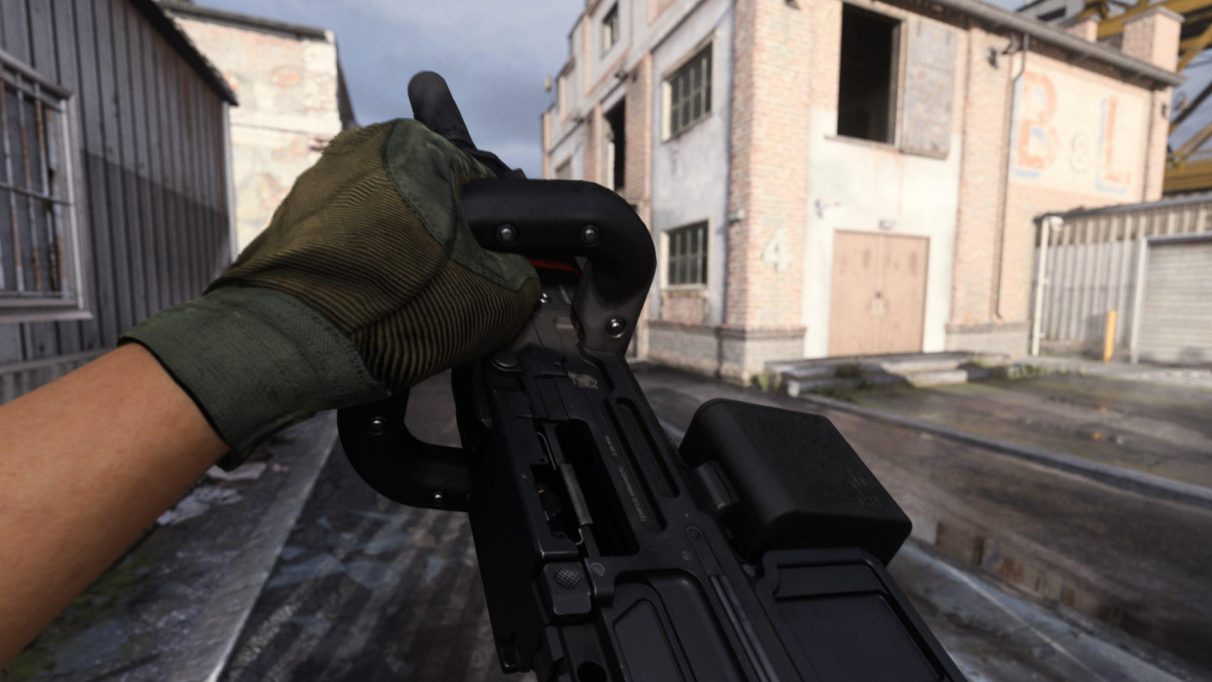 Another thing worth considering is that while you cannot fully ADS with the Chainsaw, you can still hold aim to tighten the hipfire spread a little bit – and while in this firing mode, the FiNN is actually startlingly accurate. If you wanted to make a FiNN loadout more suited for running-and-gunning than the loadout illustrated above, then the Chainsaw attachment would find a very happy home in that loadout.

Hopefully now you’ve a solid grasp of the FiNN and how to make it one of the most powerful weapons in Season 5 with the right loadout in Warzone. But in case you’re still hungering for tips and stats, be sure to check out our other Warzone guides!