I’ve missed all the demos so far for Stronghold Warlords, the upcoming instalment in Firefly Studios’ long-running castle-building-and-bashing series, despite being a big fan of the original games. But seeing as Warlords is being featured at Ye Olde PAX X EGX, and I had my hands on the new demo (which is out right now!), I figured now was the time to get stuck in.

Well, I’m glad I tried it. And I’m glad I waited, too. It seems Warlords has been through a lot of changes over the course of its development, but what’s there now is very solid indeed. And while it has been delayed from its original launch date this month to January 26, 2021, I’m happy that Firefly are taking their time. Although I’ve only played the single campaign-ish scenario included in the demo, it gave me a solid hit of the satisfaction I associate with the original Stronghold. Plus, more importantly, it manages to genuinely innovate on the formula. Here’s how.

The main innovation worth talking about in Warlords is the estates system. And yes, as I describe it, someone will have the urge to tell me it was introduced in one of the Stronghold sequels. It was. But it’s better now – and so is the game around it, by the looks of things – so let’s just say it’s new. Simply put, estates are chunks of the scenario map, each featuring a small keep run by a minor neutral warlord. When you conquer them and beat said warlords, they literally bend the knee to you and become your vassals.

Once feudalised, these little estates must be protected from the enemy, and can be ordered to send resources to you, or send attacks at the Bad Man, by spending influence points generated by diplomatic buildings in your big base. These… Stronghold Warlords (roll credits) each have their own set of characteristics, with different types of bonuses to offer, and different influence costs for their various services. They can also be upgraded to higher effect tiers, by chucking yet more influence at them. 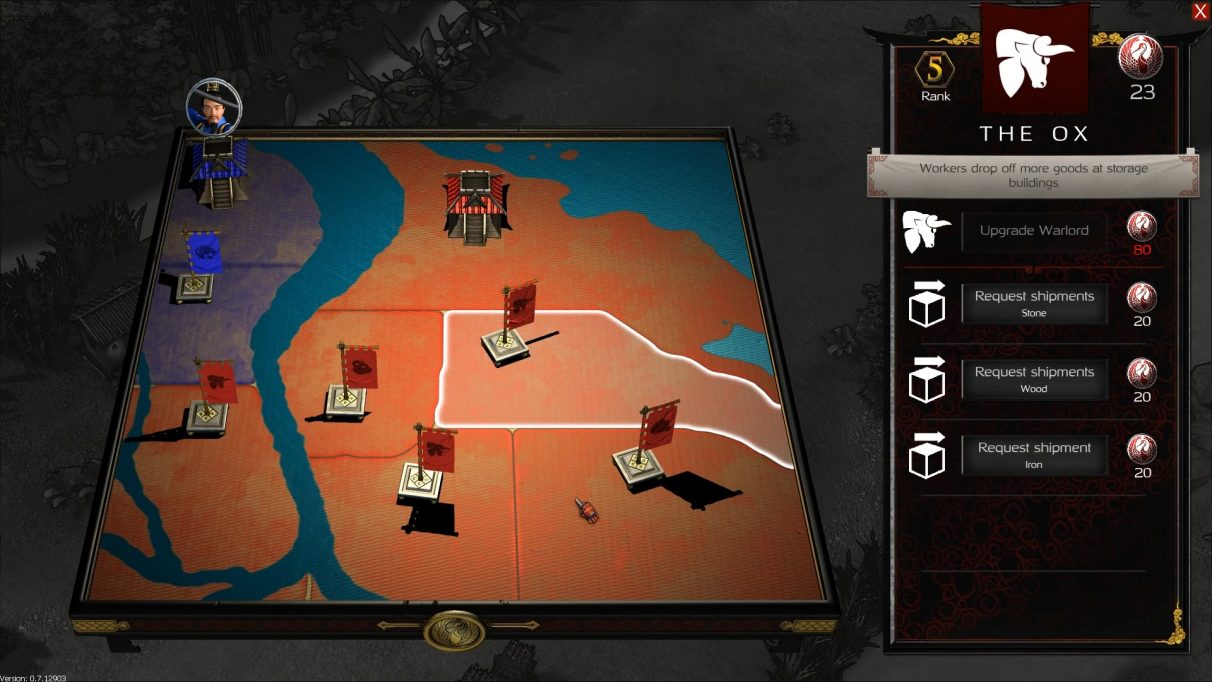 Finally, we have vassalized Outside Xbox.

So, as you can imagine, this gives a game of Stronghold Warlords quite a distinctive feeling for the series, being as it has essentially become about capture points now. Funnily enough, it reminded me a lot of dieselpunk company-of-heroes-alike Iron Harvest, which I’ve also been playing a lot of this month (because it rules). There’s a lot of crux moments where you have to balance the benefits of early point capture with the risks of overextension, and a lot of thinking about how to balance troop deployment between defending captured points, and offensive action. In addition, I found my vassals made Stronghold’s economic game, which has always been satisfying but limited, into something fascinating, as I worked out where to be self-sufficient, and where to rely upon feudally-bullied imports. 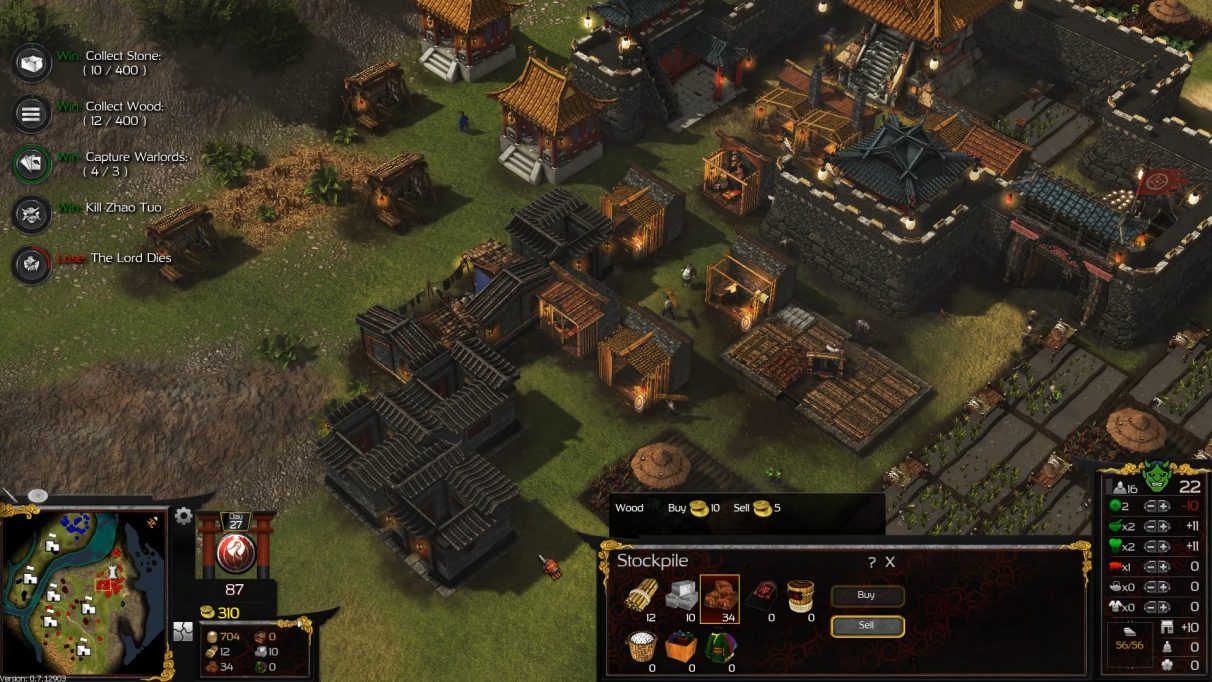 Interestingly, in my quickest victory I focused on using my vassals to send me loads of iron to forge into weapons, which I then sold for extraordinary profit, only to funnel the gold back into more diplomacy buildings to upgrade my vassals with.

The setting is a treat, too. As you might know, Warlords switches out the traditional medieval European backdrop of the series for East Asia, and the change is more than cosmetic. There are gunpowder weapons now, for example. And the economic game, which involved providing multiple food types and high-end housing to keep fresh peasants rolling into my war machine, felt like it had taken just the right amount of influence from classic city builder and perennial Nate Crowley hobby horse Emperor: Rise Of The Middle Kingdom. 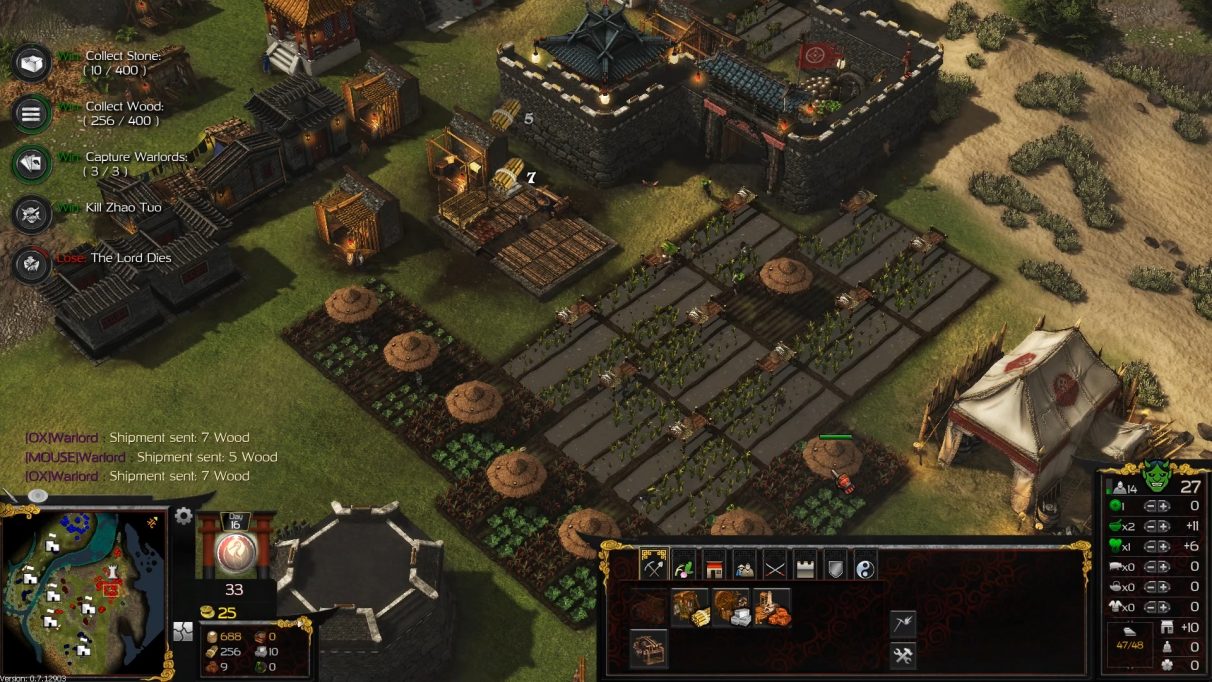 If there’s a drawback to the game’s new feel – or at least to the feel of this demo mission, for who knows how representative of the wider game it is – it’s that for all it leans on the “Warlords” part of its title, it may have taken the weight off the “Stronghold” part a little too much.

With the new emphasis on capturing vassals, Warlords demands a much more aggression-oriented play style. And as for defence, in my three playthroughs of the demo, pretty much all the action took place at the all-important keeps of my vassals, with artillery and archers and the like I had stationed there. There was nothing bad about that in itself. But because you can’t build any castle bits, not even walls, in conquered estates (and because my enemy didn’t really bother attacking my main base when I had these vassals to go for), it meant there was no need to lay so much as a single stone of fortification. 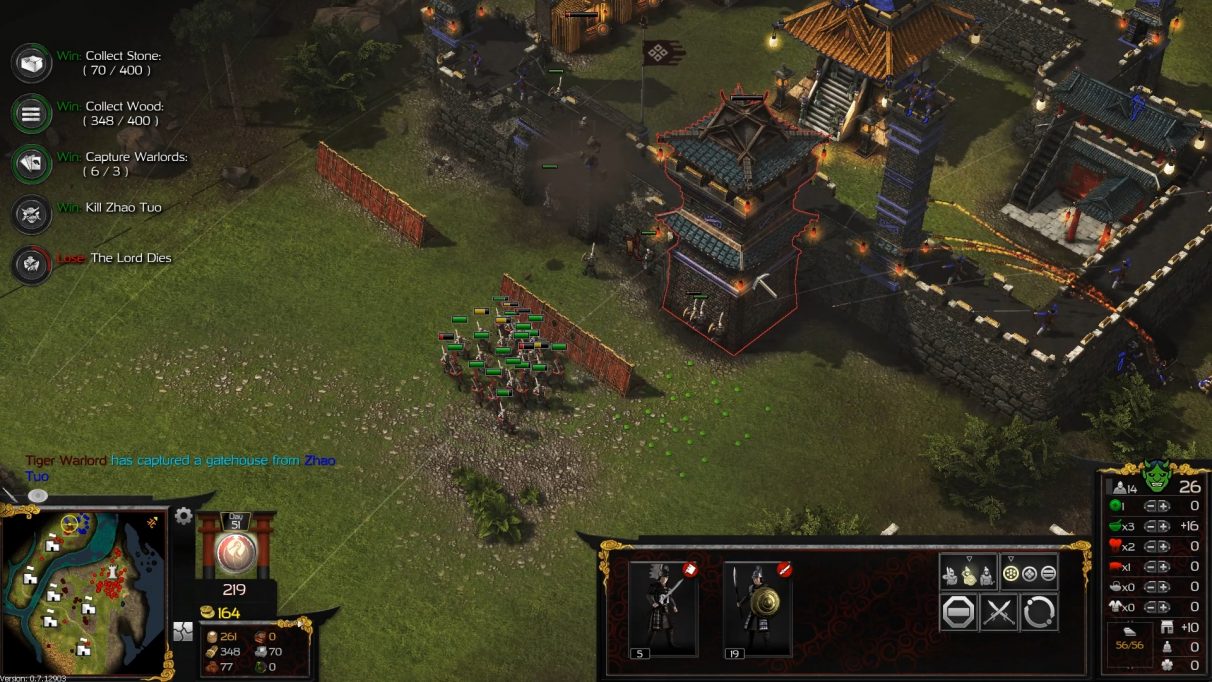 I’ll fight u to bits

Still, I can imagine a dozen ways scenarios could be designed to get round that problem, and I’ve got faith that there will be more, y’know, strongholding in the full game. If Firefly can get that right, and make the game stick together as a whole to boot, we’re possibly in for a return to greatness here.

Have You Played… Stronghold?