The Grau 5.56 has long since been the go-to Assault Rifle in Call Of Duty: Warzone, and it’s not hard to see why. Even after the Season 4 nerf, this veritable laser is possibly the most reliable and accurate rifle you can get your hands on. This guide will show you how to craft the best Grau loadout in Warzone ; and we’ll also explore some detailed stats of this top-tier Assault Rifle so that you can truly master its potential.

In this Grau loadout guide:

I know you’re after the Grau loadout first and foremost, so I won’t waste time: here’s the best loadout we’ve found for the Grau in Warzone:

Below you can get a glimpse at what the Grau looks like with this loadout donned: 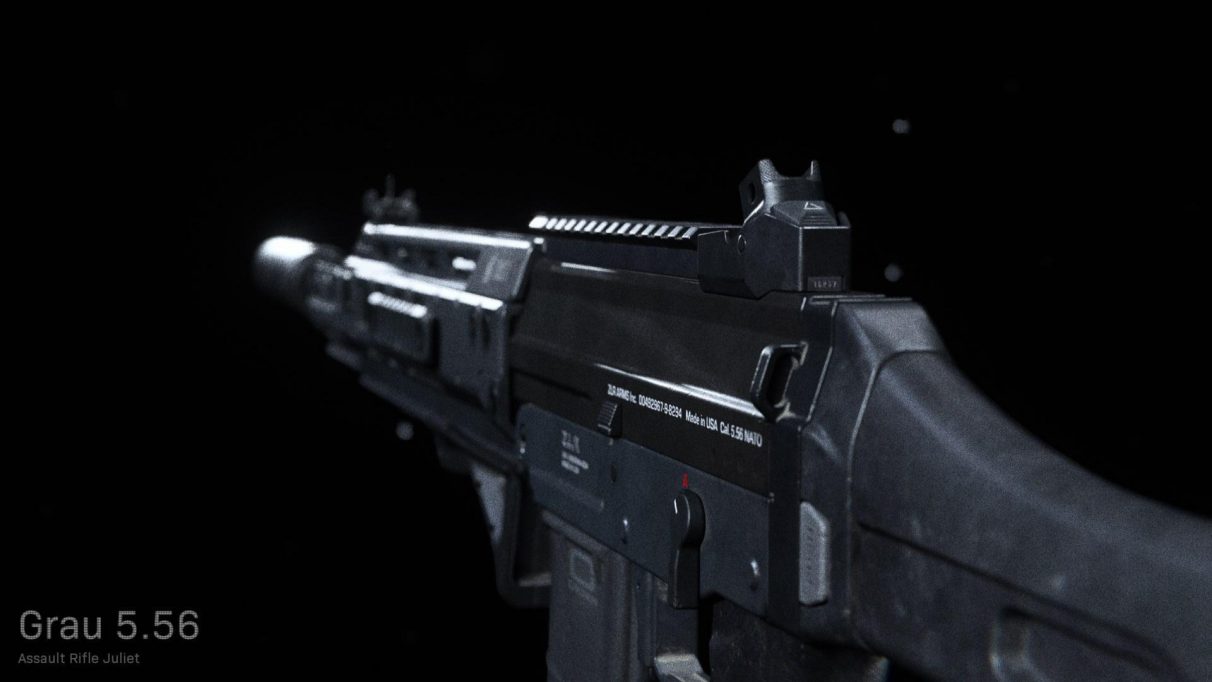 As you may have realised, our favourite Grau loadout is slightly different from most, and we’ll explain why. First: the aim of any good Grau loadout should be to maximise the gun’s laser-like accuracy over range. So we’ve opted for the Monolithic Suppressor and the Archangel barrel, which together increase the gun’s maximum range by a considerable amount, alongside a host of other benefits such as silenced shots and higher bullet velocity. It’s also worth mentioning that the ironsights with the Archangel barrel are among the best of any weapon in Modern Warfare, and you’ll likely have no need to equip an optic attachment even for long-range encounters.

The Commando Foregrip further increases the accuracy of the Grau, as you can see from the recoil comparison image below: 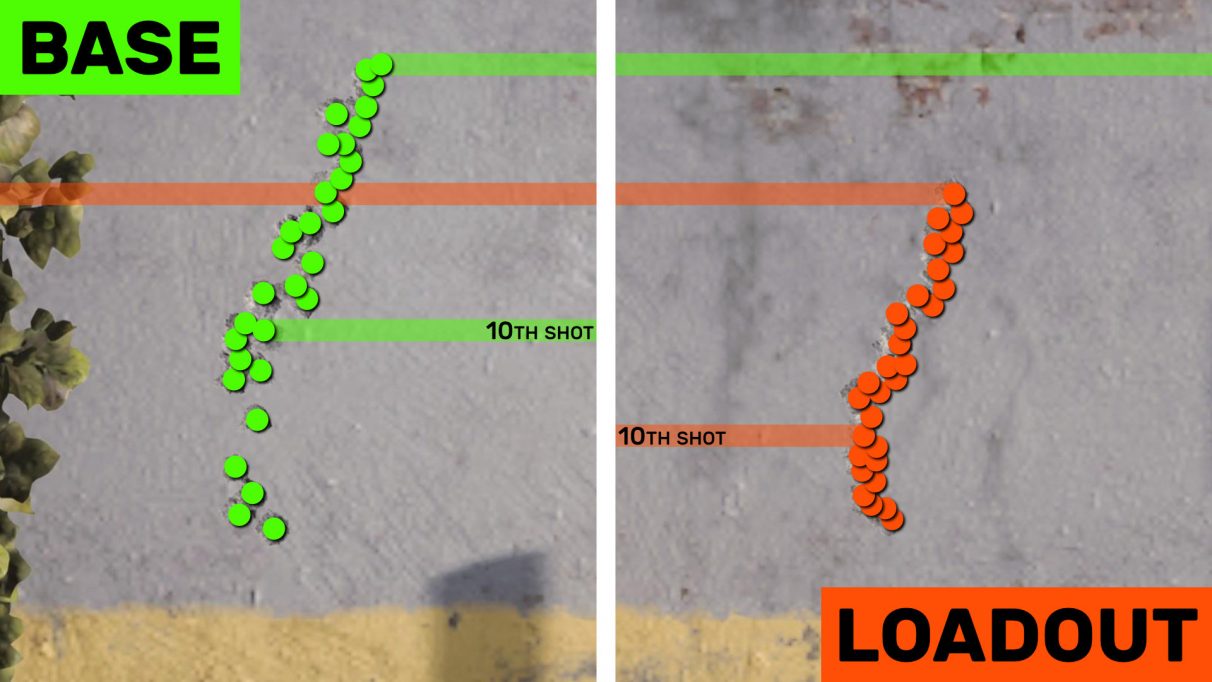 Notice that the first ten shots with our loadout equipped cover only half the vertical distance of the base weapon – an enormous improvement on an already very precise weapon.

50 Round Mags is a must-have for Warzone with its groups, third parties, and higher health pools (the 60 Round Mags slow you down a little too much for our taste). And now we get to the interesting part: the Frangible Disabling perk. Normally we wouldn’t recommend this perk, and you’ll no doubt have heard that it’s a bad habit to shoot at an enemy’s legs. But this gun, with its extreme accuracy, feels like an extension of your will. And it’s actually fairly easy to train yourself to shoot your first shot or two at the legs before whipping up to the head. I’ve found this to be a startlingly powerful tactic in Warzone which has won me a great many encounters with similarly-skilled opponents. It’s worth trying out, trust me.

Now let’s take a look at some detailed weapon stats to help everyone see why the Grau is still one of the strongest guns in Warzone:

Fairly respectable stats across the board, but you might have noticed that nothing here stands out as head and shoulders above the other Assault Rifles. But factor in the Grau’s extreme accuracy over long distances, and you’ll see that it only needs respectable stats in order to be one of the most powerful weapons in Warzone. The Grau may lack the DPS of a rifle such as the M4A1, but the most important thing in Warzone will always be the ability to hit your shots: and on this point, the Grau reigns supreme.

And that just about wraps up our Warzone Grau loadout guide. Hopefully you gained some valuable insight into this top-tier Assault Rifle – but if you’re looking for more detailed comparisons, why not check out our Best AR in Warzone guide?